Home » World News » Creep, 35, ‘breaks into woman’s home and sexually assaults her three days after getting out of prison for beating her’ – The Sun

Creep, 35, ‘breaks into woman’s home and sexually assaults her three days after getting out of prison for beating her’ – The Sun

A MAN broke into a woman's home where he alleged sexually assaulted her – three days after getting out of prison for attacking her, police say.

Mathew Paul Gallegos, 35, from New Mexico is accused of a violent home invasion after he was already imprisoned for an incident involving the same woman. 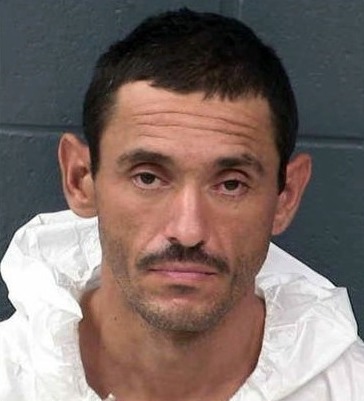 In that incident, he allegedly armed himself with a knife and threatened the woman with it, before beating her up, according to local law enforcement.

The victim then got an order of protection against her alleged attacker, which prevented Gallegos from contacting her.

But on June 12, the alleged sex pest was then released from jail on an unsecured bond.

At about 2 am on Monday, June 15, Gallegos allegedly broke into the same woman's house, violating the protection order.

Gallegos allegedly entered her bedroom as she slept, where he carried out a violent sexual assault.

"Investigators learned that, about 2 a.m. on Monday, June 15, Gallegos somehow entered a woman’s home, uninvited, as she slept," Las Cruces cops said in a statement.

"Gallegos allegedly went into the woman’s bedroom where he sexually assaulted the woman.

"The woman reported the incident to police after Gallegos left the residence.

"Police located Gallegos at a relative’s home where he was taken into custody without further incident."

Las Cruces Police arrested Gallegos and charged him with a second-degree felony count of criminal sexual penetration and aggravated burglary.

Gallegos is also charged with a misdemeanor count of violating an order of protection.

He was booked again into the Doña Ana County Detention Center where he was held without bond.