This incredible footage shows a criminal couple stop their car to jump out and steal two plant pots from a house before being persued by a vigilant neighbour.

The male driving the car in the horticultural heist seems to ring the doorbell to check if someone home before swiping a plant pot in South Shields, Tyne and Wear.

His accomplice then jumps from the passenger seat of the Vauxhall Corsa and swipes the second pot before being caught red handed by a neighbour who chases her to the car, seemingly on the phone to police. 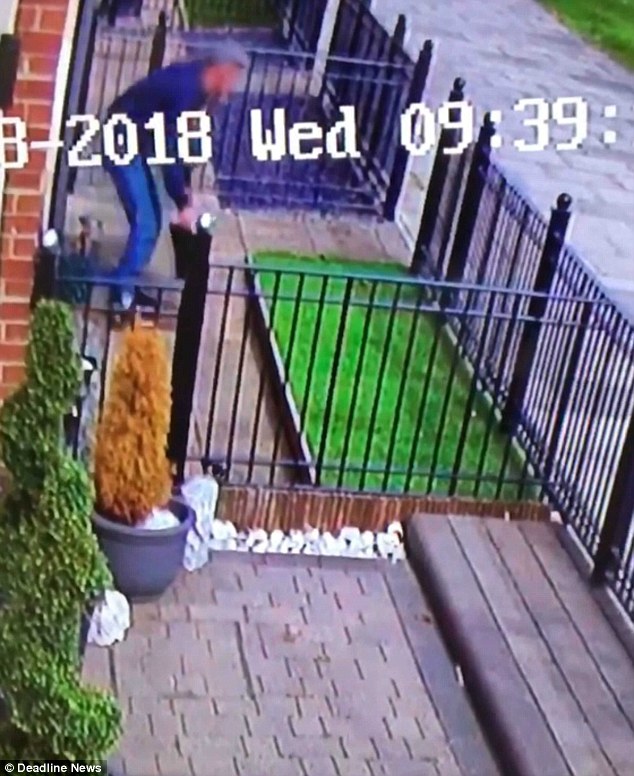 Police are hunting the pair of green-fingered thieves after they swiped two plant pots from a house in the Bents Park Road area of South Shields, Tyne and Wear 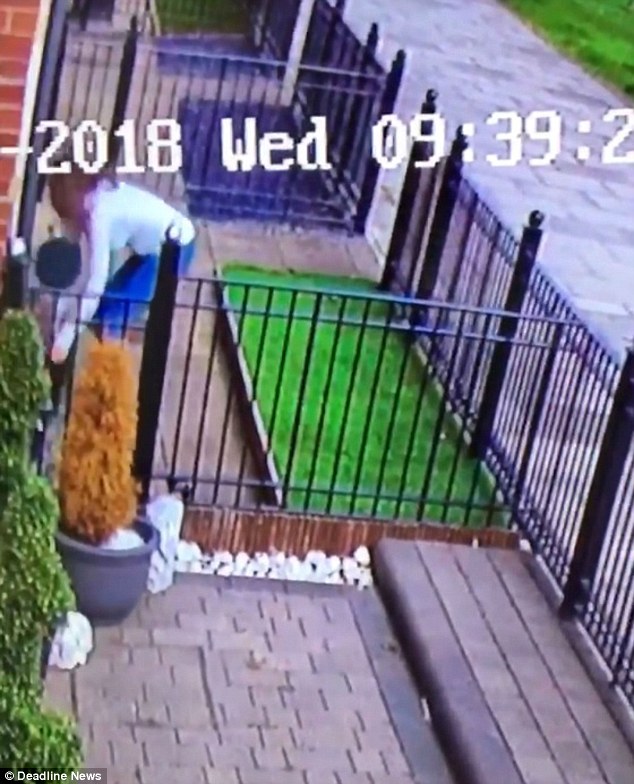 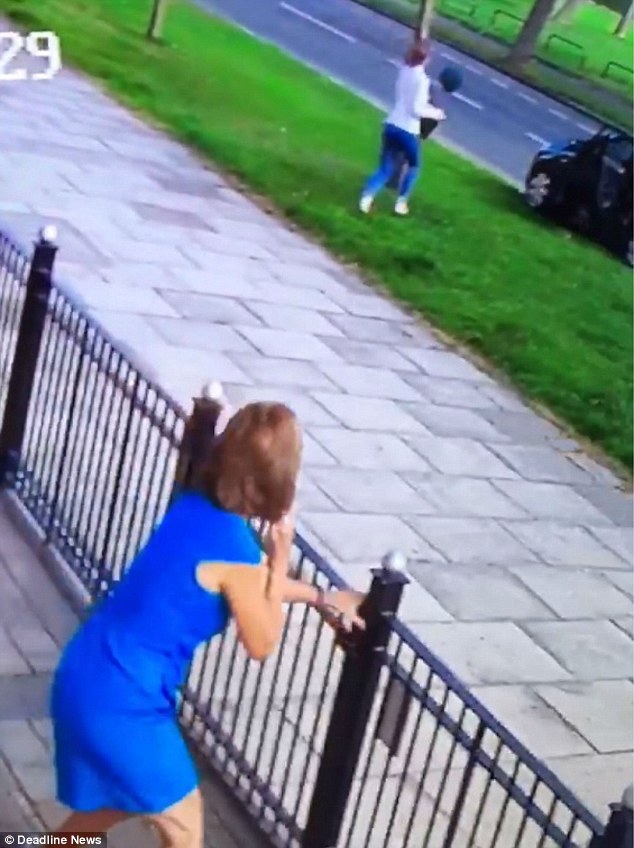 Ryan Bengston, whose auntie chased the thieves, is the neighbour of the people that had their garden features stolen and he put his CCTV footage online to try an identify the pair

The CCTV footage from around 9:40am on Wednesday was shot in South Shields, Tyne and Wear and police have confirmed the Vauxhall Corsa was using number plates stolen from a grandmother.

The footage of the raid was shared on Facebook on Wednesday by Ryan Bengston in a bid to identify his neighbour’s plant pot pinchers.

He wrote: ‘Absolutely ridiculous, pinching plant pots in broad daylight, is it really worth it?’

Speaking on Thursday he said: ‘The lady who went outside is my auntie. She was in my property checking on the dogs when she noticed somebody run from my next door neighbour’s with the plant pot. 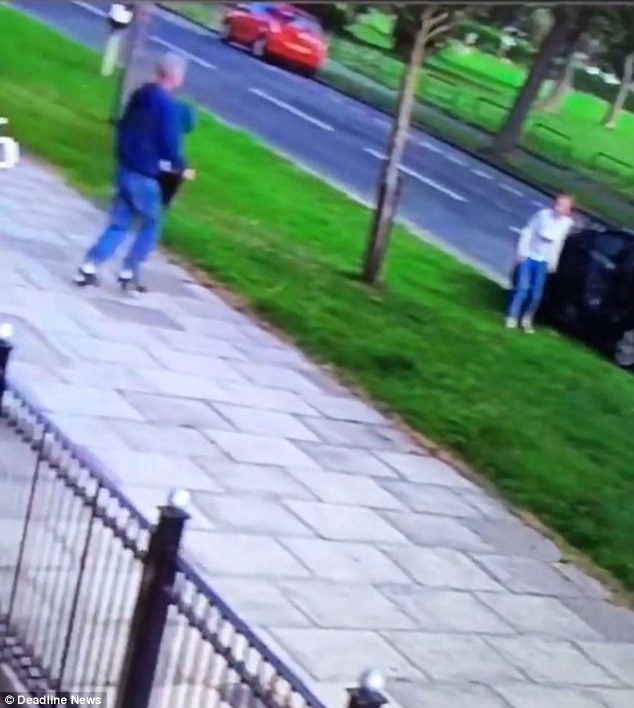 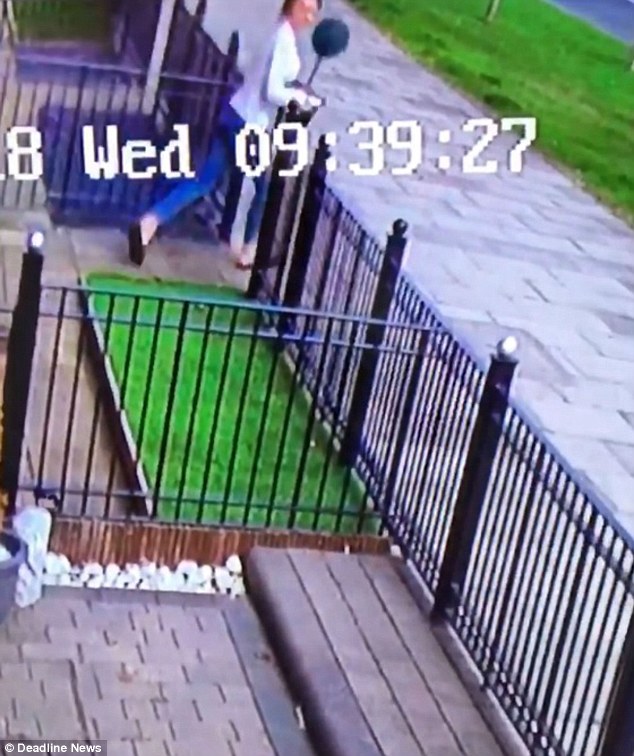 The female thief seems to realise she has been caught as she scarpers with the second plant pot in hand. The green fingered thieves have received a considerable backlash online

‘She seen them outside and instantly reacted as she knows who my neighbours are.

‘They’ve been going round the estate for days now, literally stealing plants.’

Ryan’s post has been inundated with comments from shocked viewers who have branded the couple ‘absolute scum’. 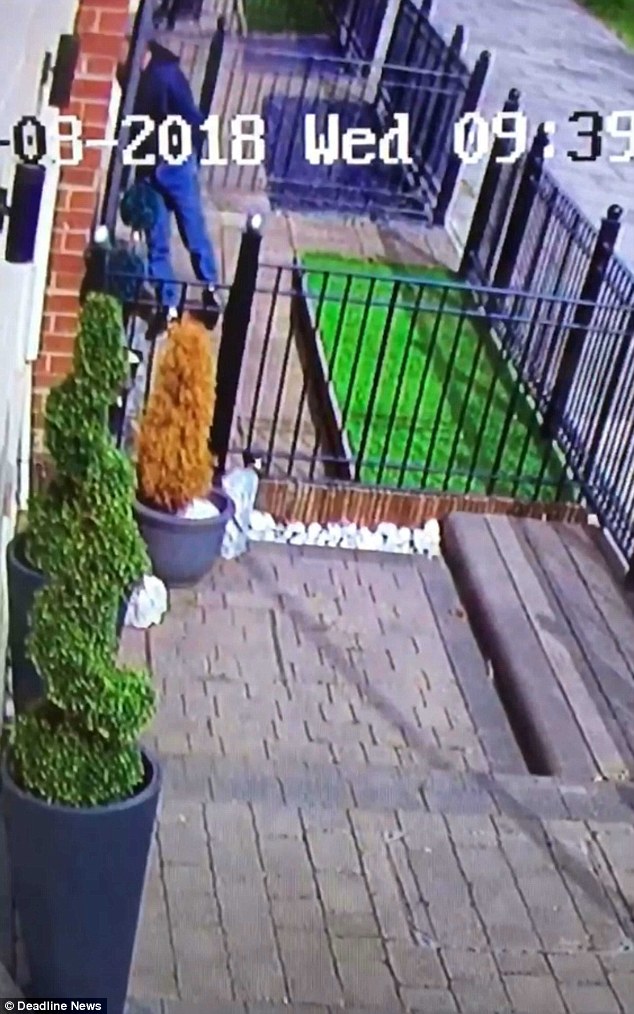 The robbery starts with the male checking to see if anyone is at the property before starting the heist. He appears to ring the doorbell and peer through the windows 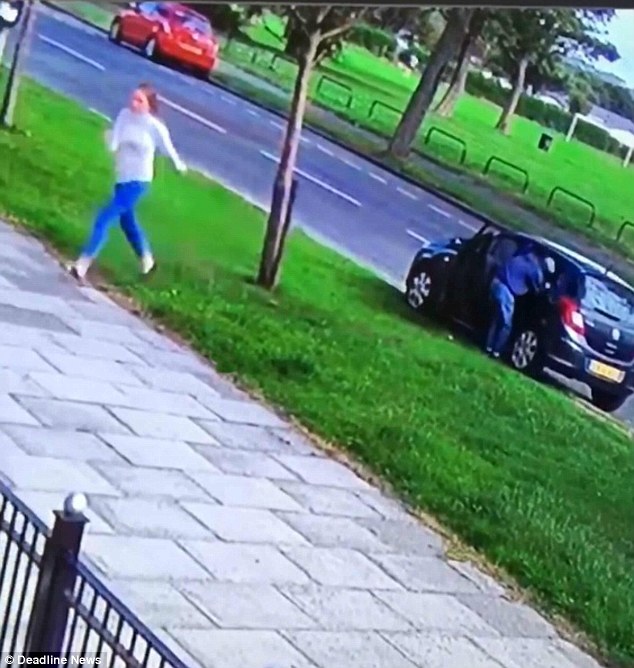 The woman in blue jeans, a grey sweater and fluffy slippers wastes no time as she sprints to the South Shields property to grab the second pot as the male loads his loot into the Vauxhall 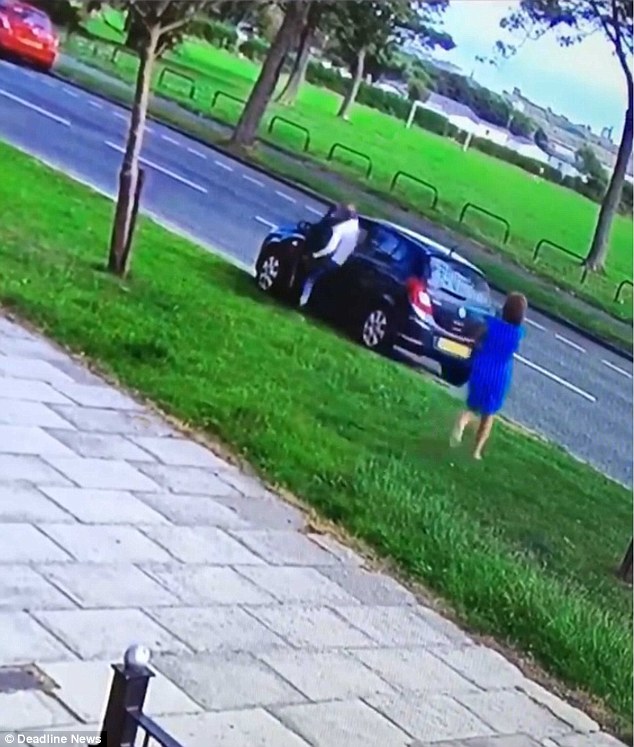 The thieves are disturbed as they load their getaway vehicle by a brave woman who chases them down seemingly on the phone to police, who confirmed they are investigating

It emerged later that the registration plate on the vehicle was stolen from a grandmother’s car who lives on the same street, the day before the incident.

A spokeswoman for Northumbria Police said: ‘Police are appealing for information after a report of theft in South Tyneside.

‘At around 10.05am, police received a report of plant pots being stolen from an address on Bents Park Road in South Shields.

‘It is understood that at around 10am, a man and woman have parked their car next to the address and entered the front garden.

‘They have then taken two plant pots and fled the scene in their car.

‘While CCTV footage has caught the car leaving the scene, it has now been confirmed that the offenders were using a stolen registration plate to conceal their own.’