CARACAS (Reuters) – The United States is not seeking a military intervention as a solution to the economic and political crisis in Venezuela, the U.S. envoy to the troubled South American nation said in an interview published by a Venezuelan online news site on Sunday. 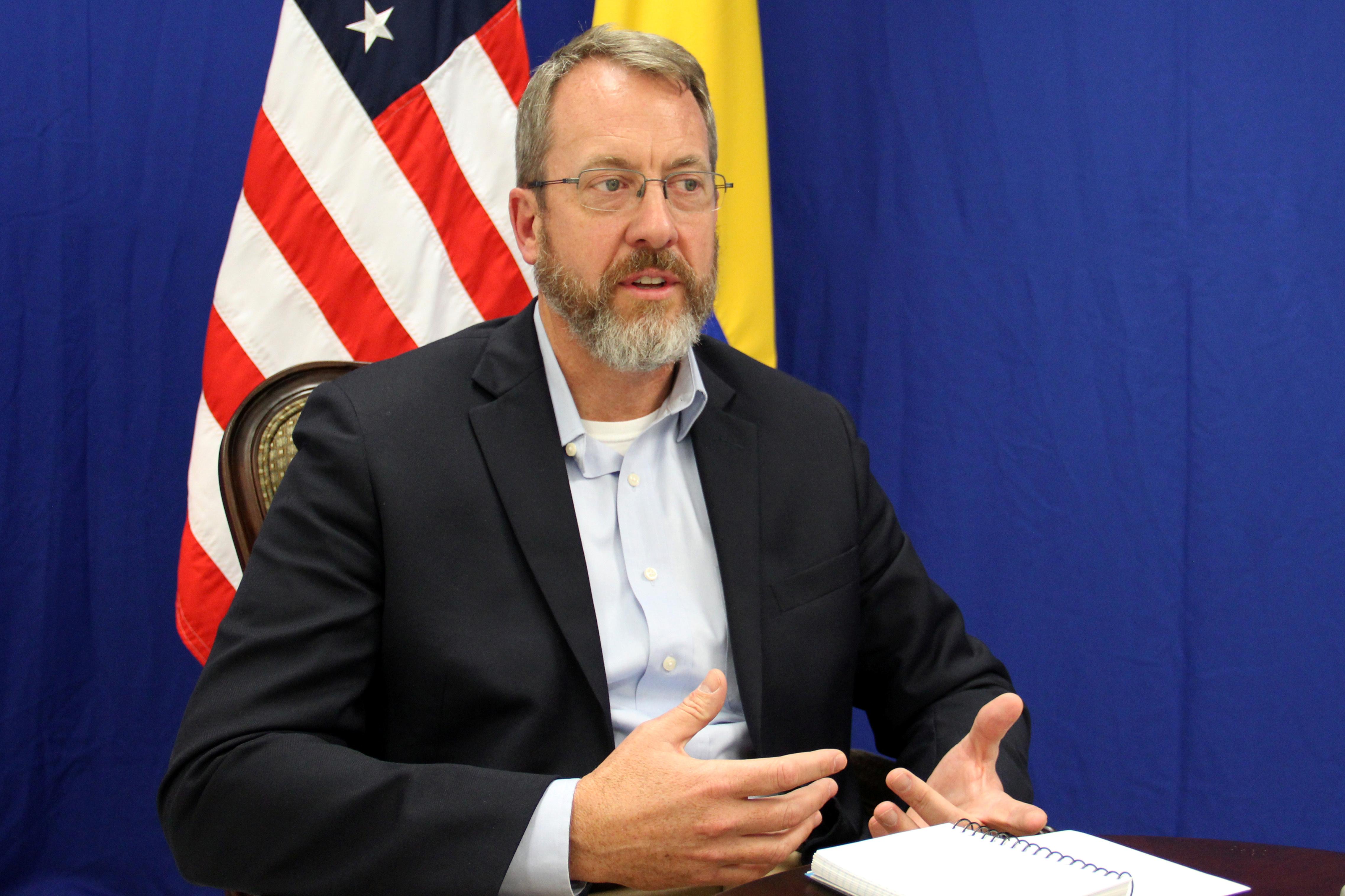 Washington this year disavowed Maduro, whose 2018 re-election was widely dismissed as a farce, and recognized opposition leader Juan Guaido as the legitimate president.

The United States on Wednesday opened a representative office called the Venezuela Affairs Unit (VAU), based in Colombia, to provide U.S. diplomatic representation to Guaido’s interim government and to continue pressuring for a transition.

“What we want is not a military intervention by the international community, but rather a peaceful, political and democratic resolution (of the crisis) based on Venezuela’s constitution,” said VAU Charge d’Affaires James Story, in an interview published on the website of Venezuelan newspaper 2001.

“How can you have a democracy when you can’t even choose through votes?”

Venezuela’s information ministry did not immediately reply to a request for comment.

Maduro, who has overseen an economic collapse that has fueled a humanitarian crisis, frequently accuses the United States of preparing to invade Venezuela to control its vast oil resources and remove the country’s socialist leadership.

Guaido, president of the opposition-run congress, in January invoked the constitution to assume a rival interim presidency and was quickly recognized by more than 50 countries.

The United States has thrown its support behind Guaido and levied broad sanctions against Maduro’s government to pressure for his exit.

Guaido allies and government representatives in May began a dialogue process mediated by Norway to seek a negotiated solution to the political standoff. Maduro’s delegation last month suspended its participation to protest new U.S. sanctions.

Maduro said in an interview broadcast on Saturday that his government had resumed contact with both the opposition and the Norwegian government.

He promised “good news about the dialogue process” in the coming days, but did not say when it would start up again.