Dog breeder is jailed after starving dogs turned to CANNIBALISM 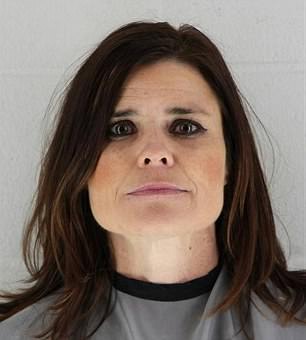 Julie Bernet, 49, was jailed for one year on Tuesday for her atrocious treatment of more than a dozen dogs

A dog breeder has been put in jail for her abhorrent treatment of German Shepherds she imported from Europe then starved so badly they resorted to eating each other.

Julie Bernet, 49, was arrested in 2015 after one of the animals was seen by neighbors walking down the street with the severed head of another in its mouth in Kansas.

She had eleven dead or dying dogs on the property.

When animal protection officers found them, some were locked up and others were dying. There were carcasses scattered around her land including one which had holes in it.

Bernet, 49, was convicted of 11 counts of animal cruelty last year.

She was sentenced to probation but on Tuesday, a judge revoked that decision and ordered her to spend one year behind bars.

It was at the behest of prosecutors who said her atrocious treatment of the animals warranted a prison sentence. 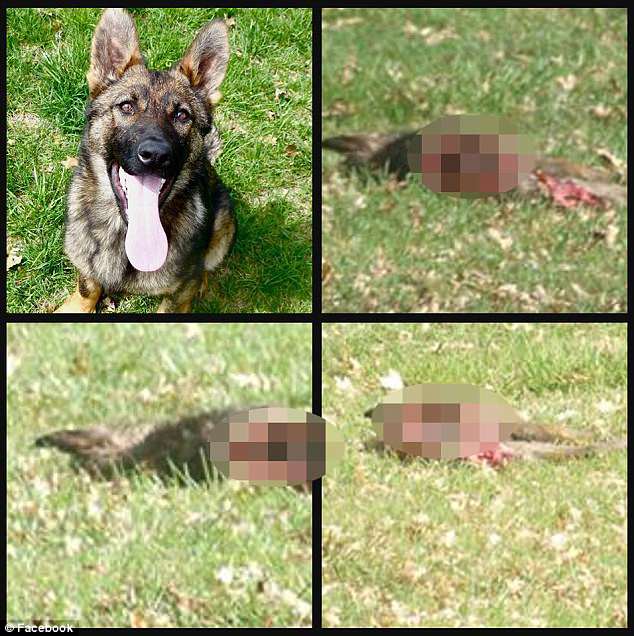 Some of the dogs were found on a property in Kansas in 2015 and some were found in Missouri in January. Above, one of the dead animals which the others had begun eating in Missouri 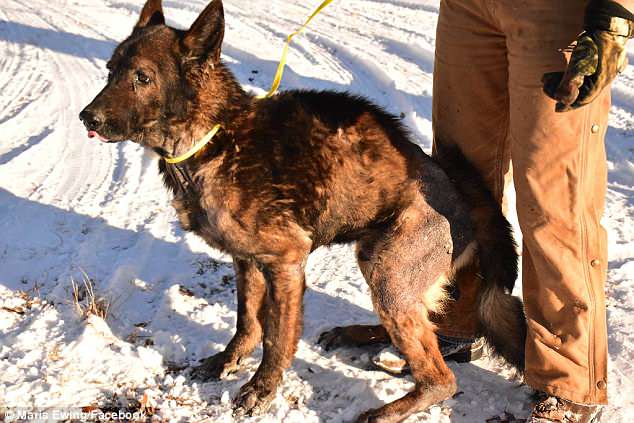 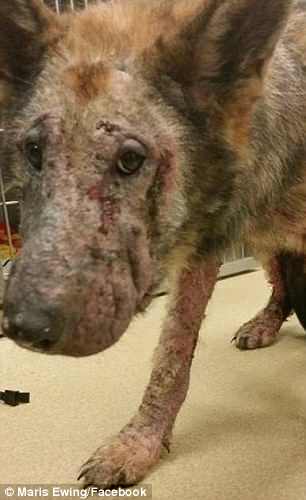 One of the dogs’ fur had almost been entirely removed from its face by an infection. Left, one of the dogs kept in a cage

It also came after she was arrested a second time while keeping a dog in the trunk of her car in subzero temperatures, and after another 14 animals, including two elderly horses, were discovered on another property in Ozark, Missouri.

‘The conditions these animals were kept in was disturbing and horrific,’ Assistant District Attorney Jason Covington said.

She bought the dogs to sell them in the area but her business failed and the electricity on her property was turned off.

The animals were left largely unattended as a result. 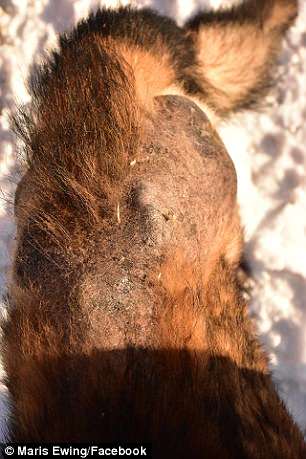 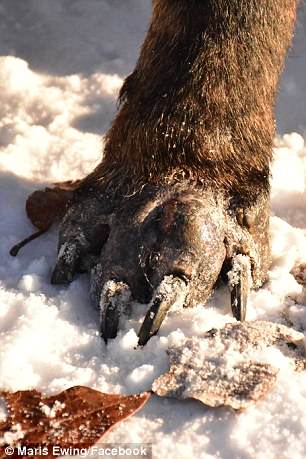 Fellow dog enthusiasts watched her from afar and became increasingly concerned for the animals.

In 2015, after one was spotted carrying another’s head in its mouth, authorities intervened and she was convicted of 11 counts of animal cruelty.

She escaped jail, moved out of Kansas and started living in Missouri where she was later arrested with another dog in her car.

Among critics is Maris Ewing who said he had been watching the dogs whenever Bernet entered them in events over the years.

He rescued some of the second batch of animals after she was arrested for the second time.

‘The puppies looked malnourished and wormy.

‘I thought to myself who the heck is looking at this and thinks this is okay?

‘I did notice that any questions to her animal husbandry were attacked and immediately deleted from her page. I have been watching her since about 2011. 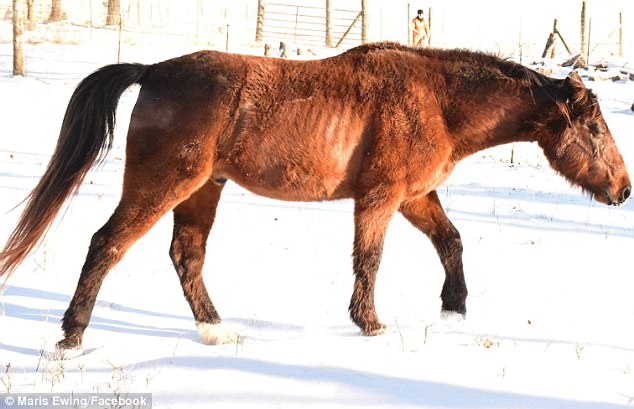 Two starving and partially blind horses were also discovered on the property in Missouri. One is shown above with its ribs poking out 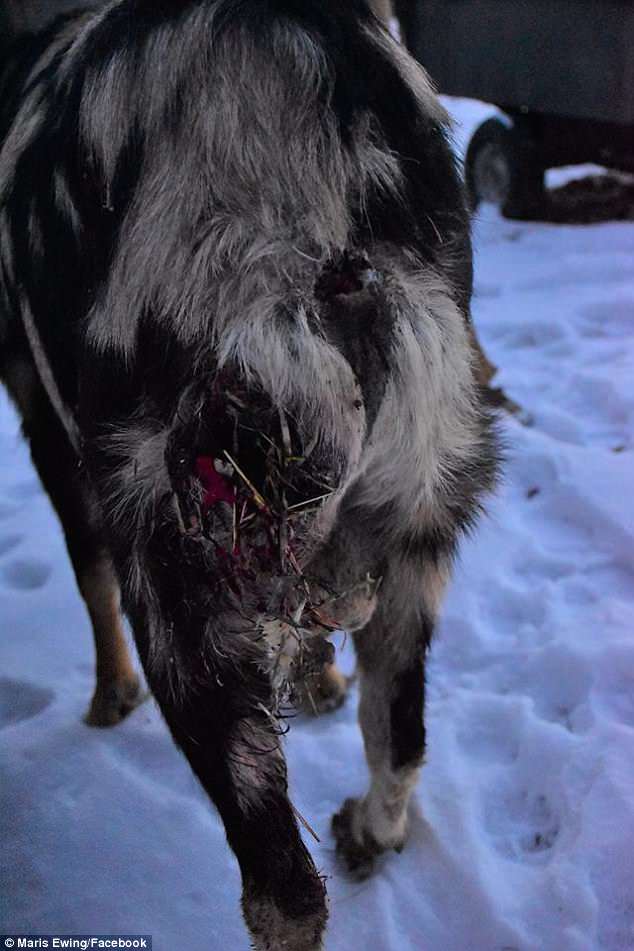 One of the horses had material, which appeared to be metal, stuck to its behind 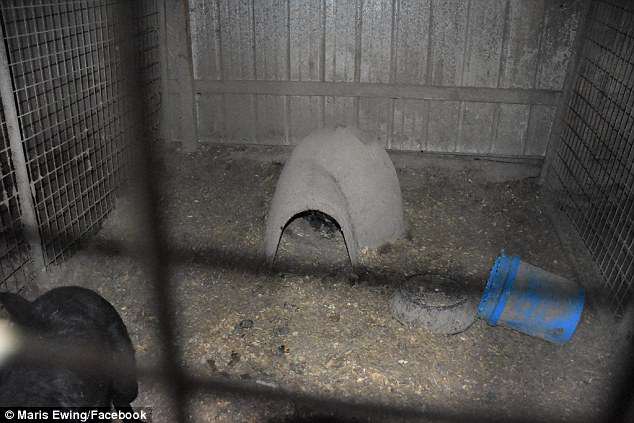 The animals were kept in horrific conditions. The people who rescued them said they believe they were left for days on end without any food or attention 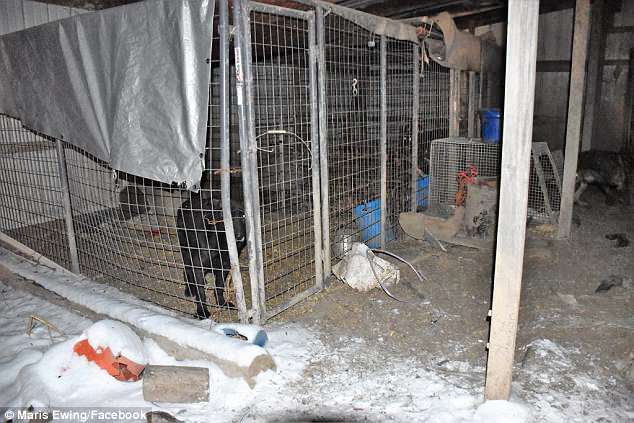 Dogs in Ozark, Missouri, were found living in cages in subzero temperatures, shivering

‘I actually lived about 10 minutes from her home in Kansas, I had asked to visit the property and potentially work dogs with her and she declined and said it was a private property and outsiders were not welcome to work dogs,’ he said in a January Facebook post where he shared his concerns.

Ewing shared harrowing photographs of the conditions on the property.

‘He took in some of the dogs which were removed from her property and were in need of rescue. 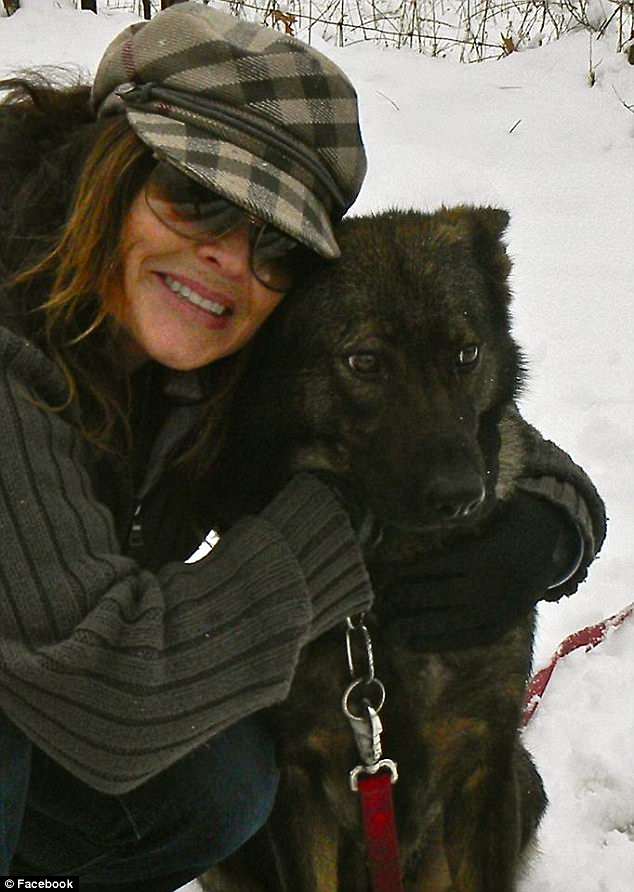 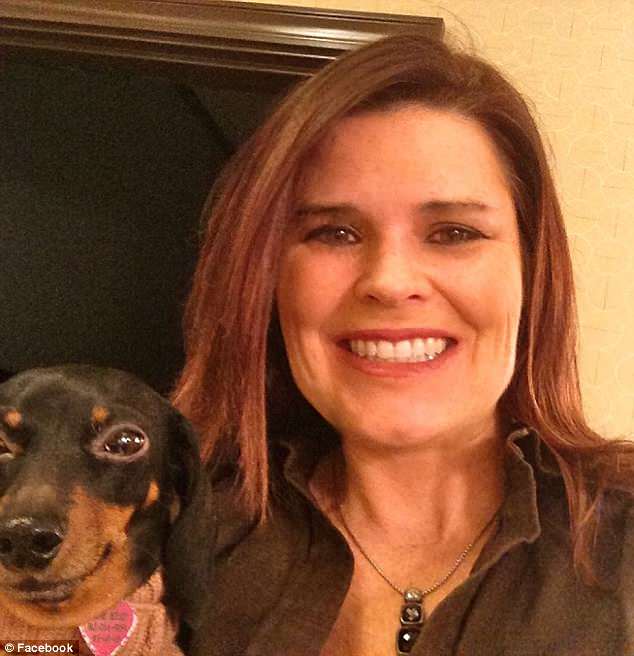 Some, he said, had ‘bladder stones’ the size of a fist and caused the dogs to urinate blood.

One of the horses that was rescued from her home was blind in one eye when it was removed.

Ewing said the state of desperation that dogs have to be in to eat one another is beyond imagination.

‘Cannibalism in dogs, shows a SEVERE state of desperation in these dogs to fulfill the most basic need of nutrition, by eating their own kind.

‘Dogs don’t do this,’ he said on Facebook in January after rescuing the other animals. 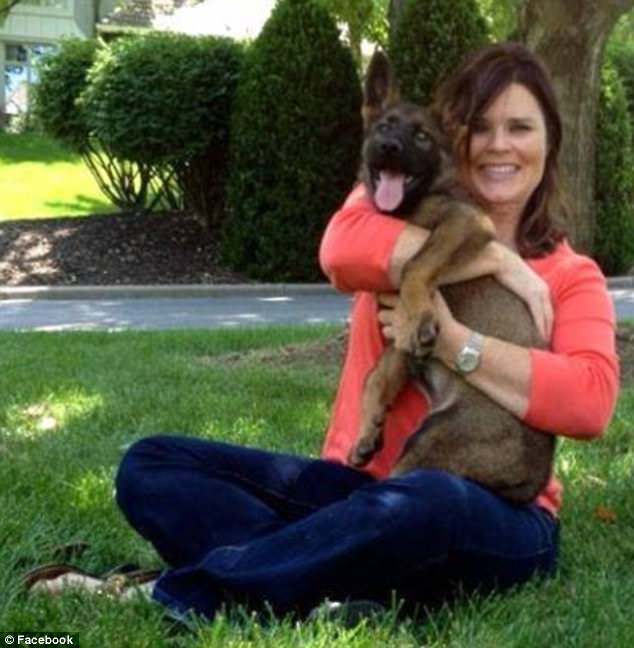 Bernet poses with one dog in a social media photograph taken before her arrest. She will spend at least a year behind bars