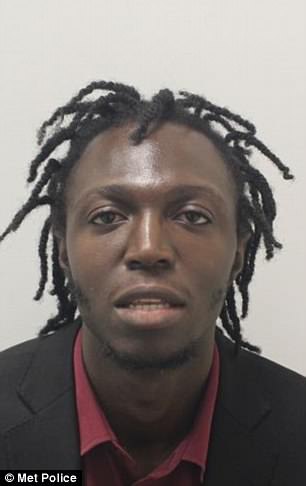 A crime boss who modelled himself on the Godfather’s Don Corleone has been jailed for selling an ‘assassin’s kit’ to gangs and supplying Class A drugs.

And Sunmonu – who claimed to be a qualified accountant – took inspiration from mafia boss Don Corleone, from the Godfather.

Detectives found a book belonging to Sunmonu titled ‘The Supreme Team’, which detailed the rise of an organised crime syndicate in New York in the 1980s.

The literature was found after officers searched a room at the Queens Hotel in Bayswater, London.

Sunmonu and his girlfriend, Toni Ferry, helped pay for the room which they rented for a year and five months to store drugs, guns and ammunition.

They would stay in hotel suites for days at a time, preparing and packaging large quantities of Class A drugs ready for distribution.

When police raided a hotel room they found four £1,900 Louis Vuitton holdalls containing six guns, a silencer, £152,000 of heroin and cocaine and a fake driving licence in the name of Thomas Corleoni. 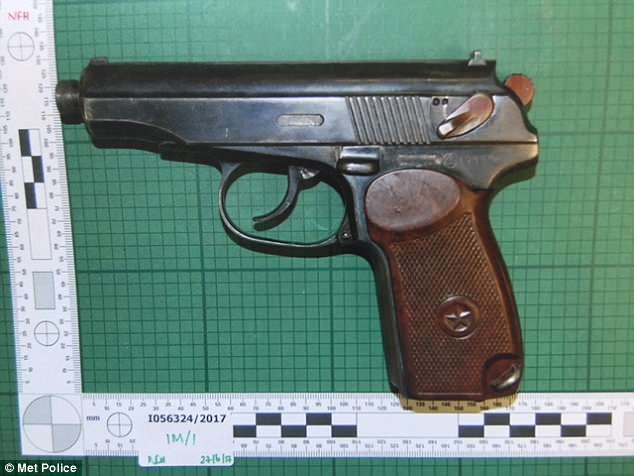 Sunmonu was in possession of drugs, guns and ammunition. Pictured: One of the weapons the crime boss kept in the hotel 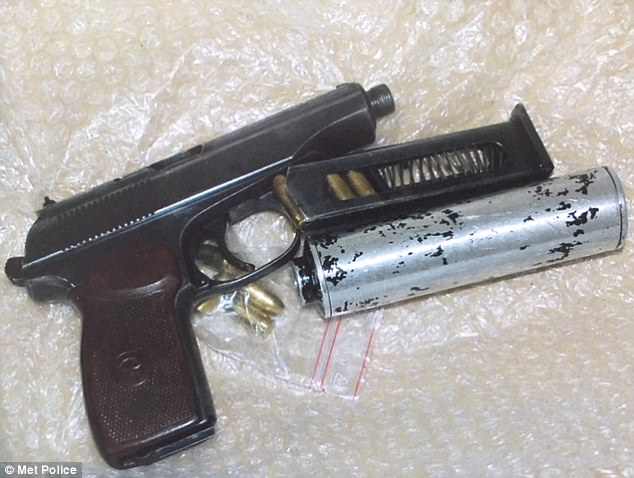 Officers found six guns, a silencer, £152,000 of heroin and cocaine and a fake driving licence in the name of Thomas Corleoni 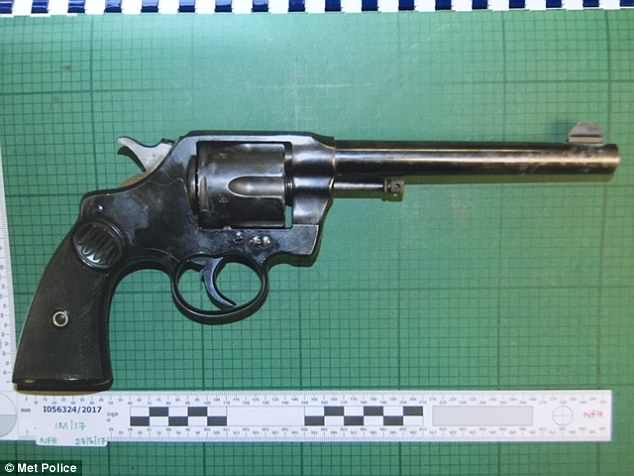 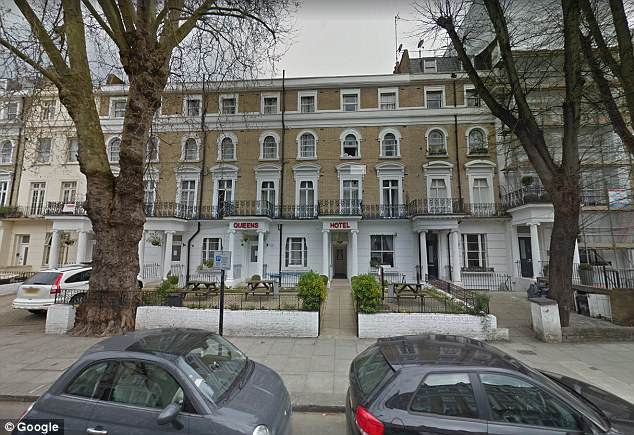 Sunmonu and his girlfriend, Toni Ferry, helped pay for the room at the Queens Hotel (pictured) which they rented for a year and five months to store drugs, guns and ammunition

Detectives from the Met’s Trident gangs team also discovered pictures of Tony Soprano on Sunmonu’s laptop and references to US gangster John Gotti.

Detectives uncovered an Organised Criminal Network (OCN) divided into two areas of business – the supply of firearms and ammunition and the supply of Class A drugs.

Sunmonu oversaw the criminality and would purchase firearms and ammunition before distributing them to gangs in a wider criminal network.

Summonu was described as a Svengali-type character, who preyed on young girls to exploit by making them store drugs and guns before he distributed them to gangs.

Officers also discovered a number of firearms had been purchased and delivered to Ferry’s home address in Islington. 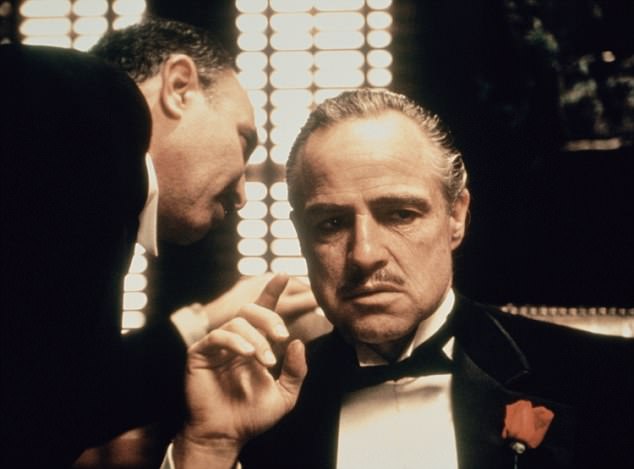 Sunmonu – who claimed to be a qualified accountant – took inspiration from mafia boss Don Corleone, from the Godfather. Pictured: Marlon Brando as Don Vito Corleone in the Godfather

Sunmonu, 26, of Woolwich and Ferry, 23, of Islington, were both charged with:

Iyisha Levine, 29, of Notting Hill, was charged with two counts of conspiracy to possess Class A drugs with intent to supply.

Sunmonu pleaded guilty to all offences last November but Ferry and Levine denied the charges. 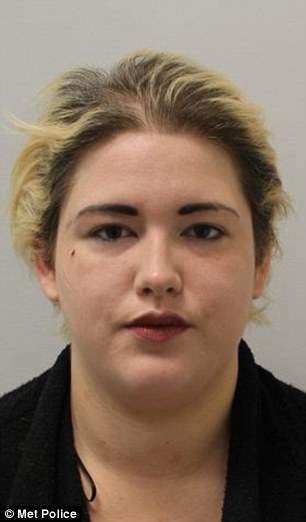 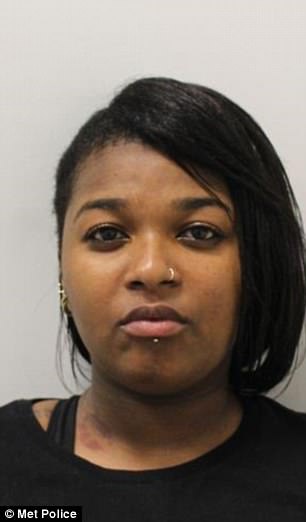 But they were convicted following a two-week-long trial at Harrow Crown Court and were sentenced on Monday 16 April to 13 years and five years imprisonment respectively.

Detective Sergeant Mark Attridge, from the Met’s Trident and Area Crime Command, said: ‘This has been a complex and protracted investigation in which my team of detectives worked tirelessly to dismantle this criminal network and bring these defendants to justice.

‘Sunmonu was the head of his organisation and compared himself to both real and fictional gangsters as he distributed drugs and firearms across London.

‘It became apparent Sunmonu clearly believed that he as the supplier and not the end user of his drugs and firearms was somehow not responsible for the misery that he inflicted on the streets of London.

‘I would like to thank my detectives who brought these criminals to justice, I am incredibly proud of the contribution they make on a daily basis to keep London safe.’

Levine was originally charged with multiple firearms offences, but these were not proceeded with.

Sunmonu was also charged with possession of an identity document with improper intention, but this was not proceeded with.