EU nations back ban on insecticides to protect honey bees

Brussels: European Union countries backed a proposal on Friday to ban all outdoor use of insecticides known as neonicotinoids that studies have shown can harm bees. 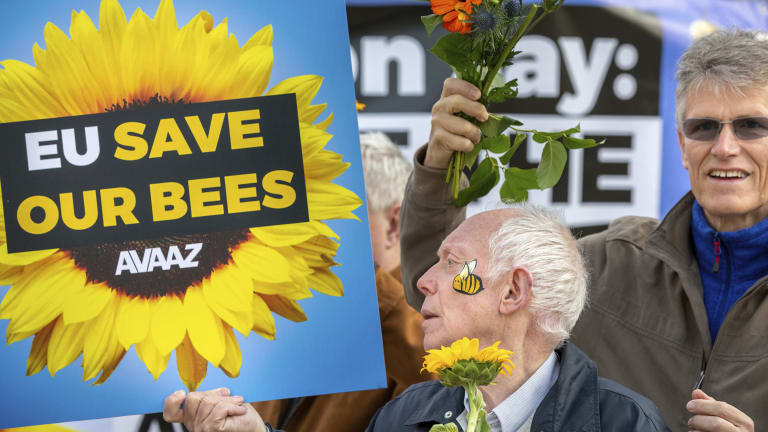 Citizens gathered to protest ahead of an EU vote on a pesticides ban, in Brussels, Belgium.

"All outdoor uses will be banned and the neonicotinoids in question will only be allowed in permanent greenhouses where exposure of bees is not expected," the European Commission said in a statement.

Bayer called the ban "a sad day for farmers and a bad deal for Europe" and said it would not help bees. Many farmers, it said, had no other way of controlling pests and that the result was more spraying and a return to older, less effective chemicals.

The use of neonicotinoids in the European Union has been restricted to certain crops since 2013, but environmental groups have called for a total ban and sparked a debate across the continent about the wider use of chemicals in farming.

Campaign group Friends of the Earth described the decision of EU governments a "tremendous victory" for bees and for the environment.

"The European Commission must now focus on developing a strong pollinator initiative that boosts bee-friendly habitat and helps farmers cut pesticide-use," it said.

Both Bayer and Syngenta have challenged the 2013 partial ban at the European Court of Justice. A verdict is due on May 17.