(Reuters) – Several people were injured on Monday and some reported missing as New Zealand mounted a rescue effort after its White Island volcano erupted off the east coast of the North Island, spewing a plume of ash thousands of feet into the air. 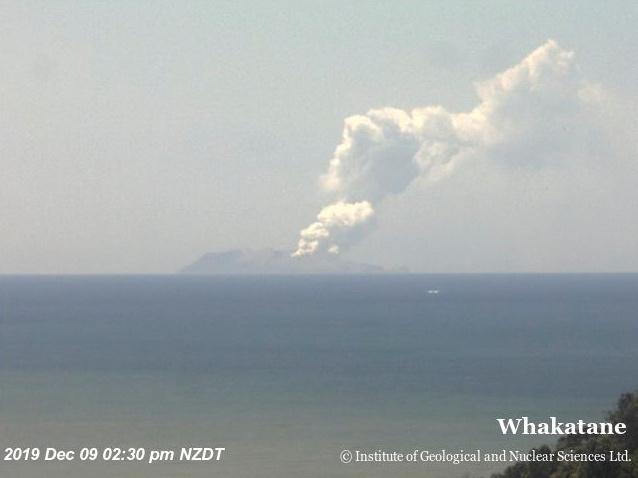 Here are some previous volcanic eruptions in New Zealand:

Aug. 1938: The White Island volcano erupts in the Bay of Plenty off North Island.

1953: An eruption at Mount Ruapehu on North Island wrecks a railway bridge just before the arrival of a Wellington-Auckland express train, plunging it into a river and killing more than 150.

Feb. 20, 1992: The White Island volcano, then termed New Zealand’s most active, spews a huge column of grey ash as scientists prepare to venture into its crater on a routine study.

Three volcanic peaks in the central part of the North Island, Mount Ruapehu, Mt Ngauruhoe and Mt Tongariro, form the southern tip of the Pacific Rim of Fire, an arc of active volcanoes around the Pacific Ocean.

Mar. 2006: Volcanic eruption on remote Raoul Island, part of a nature reserve in the Kermadec group, causes plume of steam and ash, besides spewing mud from a lake. The island is 1,000 km (600 miles) northeast of New Zealand.

Mar. 18, 2007: The volcanic crater lake at Mt. Ruapehu bursts its banks, sending a mudflow toward the rural community of Tangiwai.

Aug. 2012: Mt. Tongariro, dormant for more than a century, spews boulders and spreads an ash cloud as it explodes with bright flashes and thunderous booms.