PARIS (Reuters) – Marine Le Pen’s far-right Rassemblement National party secured the most votes in France’s election to the European Parliament on Sunday, a result that will greatly strengthen her ability to build a far-right alliance in the European Union. 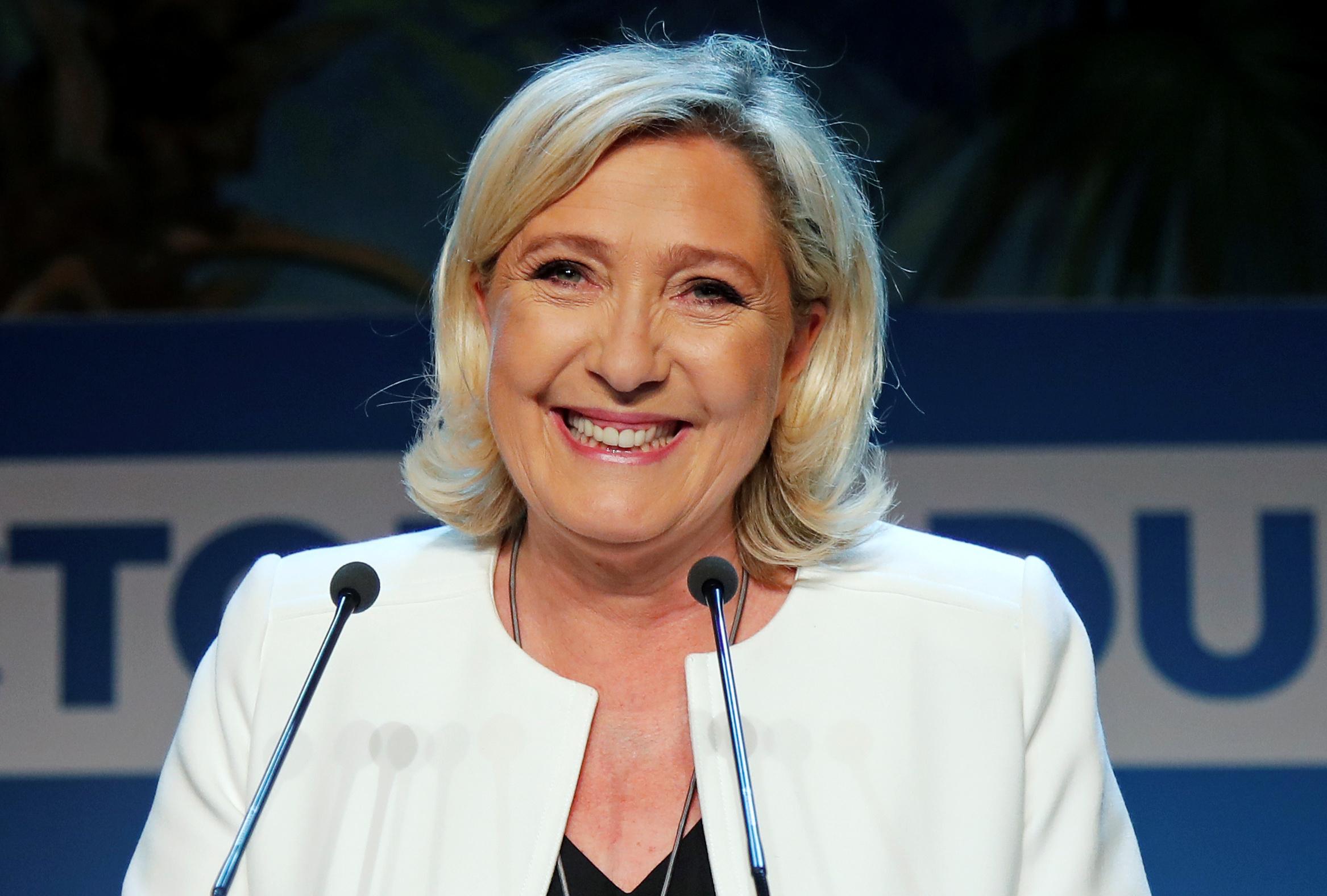 An exit poll conducted by the Ifop group showed the Rassemblement National securing 24.0% of the vote, more than a point ahead of President Emmanuel Macron’s La Republique En Marche list which was projected to win 22.5%.

Definitive final results will be announced by the French interior ministry later on Sunday.

The result is a setback for Macron who has put Europe at the heart of his presidency and had personally invested time in campaigning for the European vote, in part because of the lackluster performance of the top candidate on his list, former Europe minister Nathalie Loiseau.

“The French people have sent a very clear message and a lesson in humility” to Macron, Jordan Bardella, Le Pen’s lead candidate, told supporters. “It’s him and his politics that have been rejected.”

Turnout was 52%, far higher than expected — at the last EU vote in 2014 it was 42%. Turnout figures during the day suggested voting was particularly strong in areas where the far-right has support, including the northeast and far south.

The result will be encouraging for Le Pen and Bardella, who campaigned heavily on returning more power to EU member states, saying that too much ‘sovereignty’ had been surrendered to Brussels.

However, RN, formerly known as the National Front, performed slightly stronger in the 2014 European Parliament election when it secured 24.8%. Le Pen has traditionally done well in the EU ballot, which voters sometimes treat as a protest vote. Former President Francois Hollande secured barely 14 percent in 2014.

Macron, who formed his own movement to run for the French presidency in 2017, shattering the traditional center-right and center-left blocs, had never contested a European election.

Le Pen had cast the vote as a referendum on Macron’s first two years in power, and had sought to capitalize on the fact that support for his presidency is low after months of anti-government ‘gilets jaunes’ protests against his economic reforms.

An Elabe poll projected the RN would obtain 24 seats in the European parliament compared with 23 percent for Macron’s party.

Le Pen is hoping to forge a far-right alliance in the European Parliament with Italy’s Matteo Salvini and other far-right parties from Denmark, Austria, the Netherlands and Germany. Sunday’s results suggest she will have an influential role in that alliance alongside Salvini, with the group likely to hold around 80 seats, according to projections. 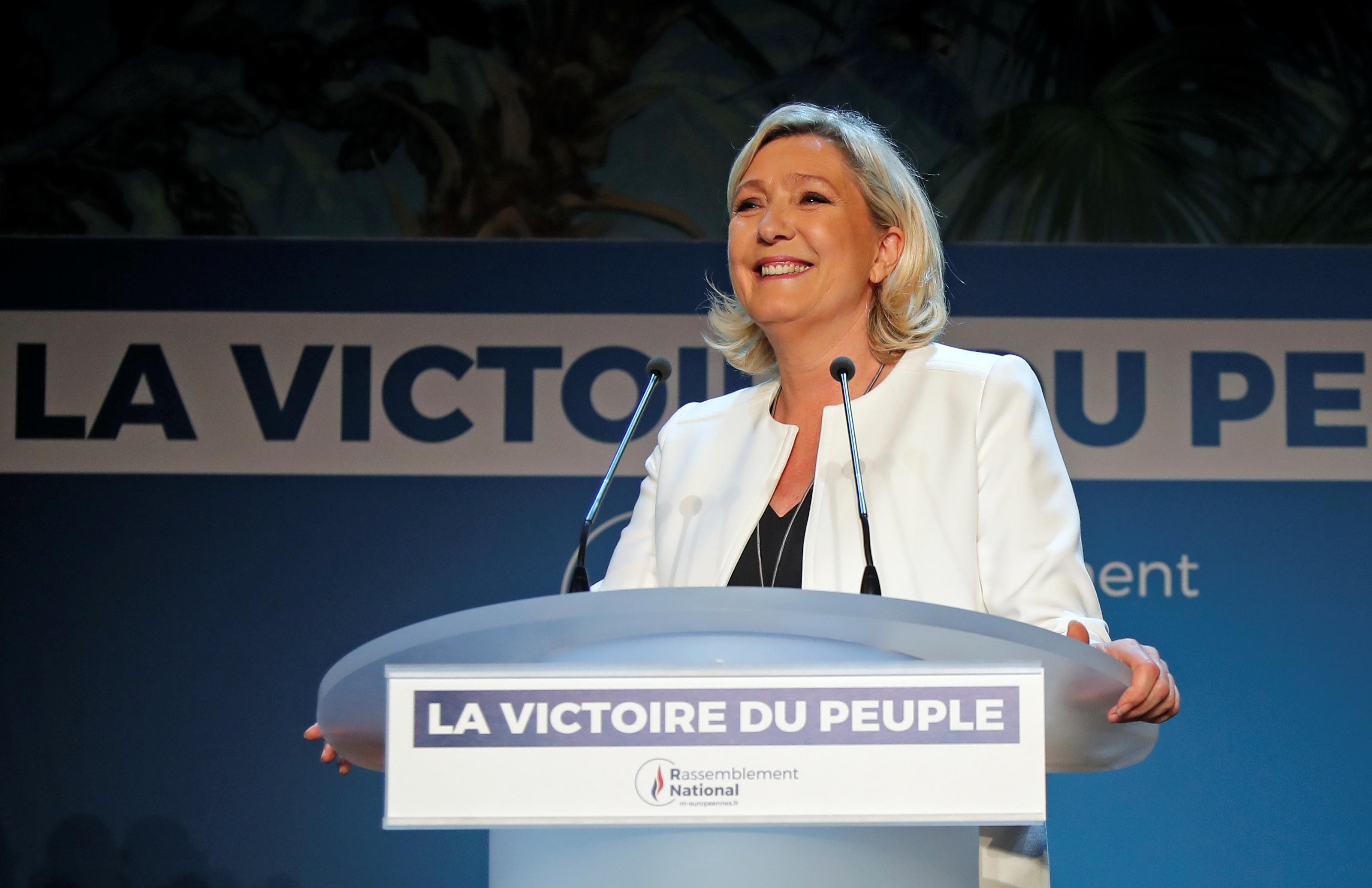 For Macron, the question will be whether his ambitions to lead in Europe will be dented by his second placing in France. Macron has opposed Germany’s Manfred Weber as the lead candidate to become president of the European Commission, instead preferring France’s Michel Barnier, the EU’s chief Brexit negotiator.

Macron plans to forge a centrist alliance with liberal, pro-European parties after the vote, a bloc that in the past has been known as ALDE but may now change its name. The group expects to secure around 100 seats in the 751-seat European Parliament, which would make it the third-strongest bloc.

Because no single group will have a majority in the parliament, alliances will be necessary to secure the 376 seats needed to carry a vote. Macron has said he will aim to build a bloc together with the center-left Socialists and Democrats, the Greens, and potentially some center-right Christian Democrats.