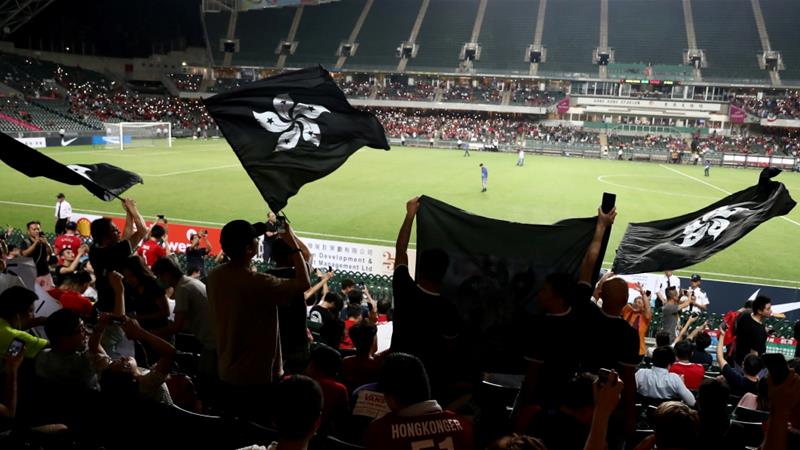 Hong Kong fans booed and turned their backs when the anthem was played for their team before a September 10 qualifier at home against Iran.

The game took place amid ongoing pro-democracy protests against China’s rule of Hong Kong, which was under British rule until 1997.

FIFA said on Wednesday the charge against Hong Kong was “disturbance during national anthems; use of objects to transmit a message that is not appropriate for a sports event”.

Hong Kong, which lost 2-0 to Iran, has its next home game on November 14 against Bahrain.

The game was suspended for several minutes late in the second half because of clashes between fans. Malaysia won 3-2 with a goal in the seventh minute of stoppage time.

FIFA warned Malaysia a first time for its fans’ lack of discipline and throwing objects, and again for lack of order in its own stadium days later when hosting a qualifier against the United Arab Emirates.

After crowd disturbances at Sierra Leone’s home qualifier against Liberia last month, FIFA imposed a 50,000-Swiss franc ($50,250) fine and ordered a home game to be played in an empty stadium.

Sierra Leone was eliminated and the punishment should be served at a qualifying game for the 2021 Africa Cup of Nations.

Sudan’s football federation was fined 30,000 Swiss francs ($30,150) for a pitch invasion by fans at a game against Chad.