A VICTIM of flytipping used a dumper truck to return more than 400 tyres to the “culprit”.

Stuart Baldwin filmed himself on his land saying: “Someone has put these tyres here overnight. 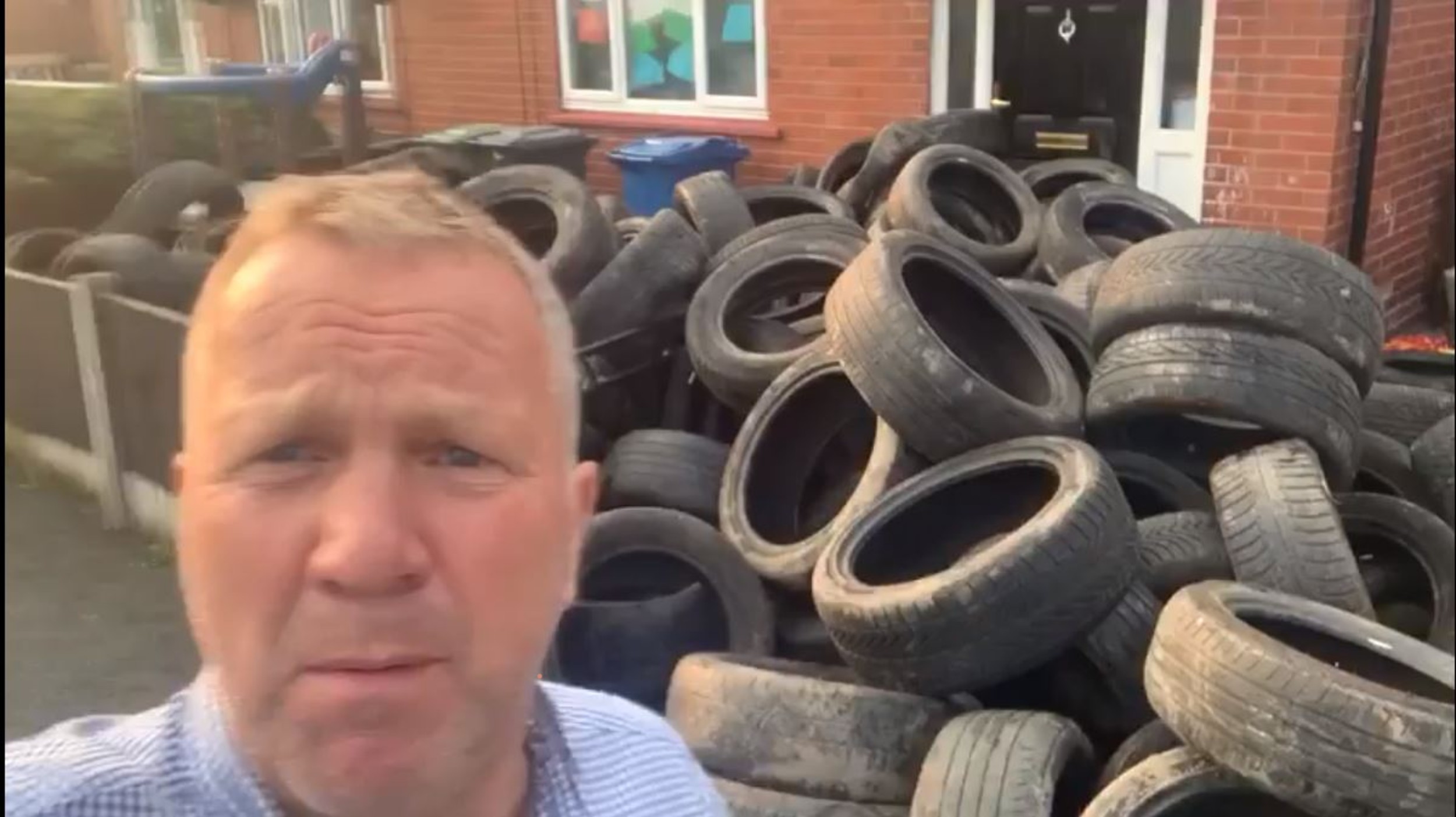 “Luckily, we found out who has forgotten them, so we are going to take them back to the person who put them here.”

A second video then shows the truck reversing towards the front garden of a house, before the tyres are tipped out.

A photo then shows the front garden completely covered.

In a third video, Stuart says: “Done now, given them back, so thank you.”