Friends are barred from golf club after moaning about jeans, mobiles

‘Old codgers’ are barred from golf club after moaning about players in jeans, noisy mobile phones and an invasion of white van men

Golf clubs just aren’t what they used to be.

Tea served in mugs instead of china cups, rubbery Welsh rarebit – and even worse – a dress code that allows jeans and T-shirts.

But when five discerning golfers complained that standards seemed to be slipping, they got no sympathy. 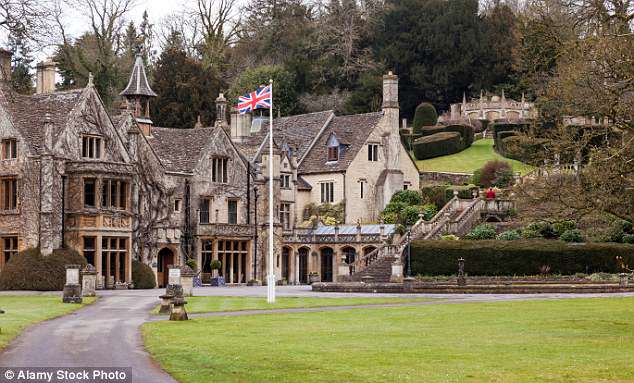 The golf club is part of the 14th century Manor House hotel, which is set in rolling countryside in Wiltshire near the village of Castle Combe

Instead, they were ordered to pack their golf bags and tee off somewhere else. The club they had been loyal to for up to a quarter of a century, they were told, was suddenly not the ‘right club’ for them.

The friends had been paying £1,800 a year for membership at The Manor House golf club, part of a five-star hotel in Wiltshire on the edge of the Cotswolds.

They raised their eyebrows when the clubhouse rules were changed to allow players to wear jeans, T-shirts and trainers and use mobile phones.

Then there was an influx of white vans belonging to builders and plumbers taking advantage of cheap ‘pay and play’ day passes.

Finally, the clubhouse served up an under-par Welsh rarebit and decided to ditch its monogrammed china cups and saucers in favour of plain mugs.

The golfers’ displeasure did not go unnoticed. Last month, Will Scrivens, 72, Colin Weekley, 71, Chris Elworthy, 70, John Swales, 71, and Roger Brack, 73, received letters informing them their membership would not be renewed.

The letters, sent by golf club manager Andy Ryan, read: ‘Throughout the last few seasons, you have appeared unhappy with the direction the club has headed and some of the decisions we have made. John Swales, Christopher Elworthy, Will Scrivens and Rodger Brack, who were not given the chance to renew their membership after complaining about what they said were declining standards

‘As we continue to focus on moving the Club forward and challenging the status quo, we do not believe the Manor House will be the right Club for you.

‘This year therefore, we will not be offering you the opportunity to renew your membership.’

Mr Weekley, a retired chartered engineer, said: ‘Apart from appearing to be “unhappy”, we have no idea what we have said or done to warrant us being excluded from the club.

‘No further reason has been forthcoming and the general manager has repeatedly refused to discuss the matter. I can therefore only assume that the management is so insecure that it feels five 70-plus-year-old codgers are a threat to their “focus on moving the Club forward and challenging the status quo”.’

Mr Elworthy, a retired print factory owner, said the changes were ‘a far cry from how a real golf club should be run’.

He said: ‘Hotel guests can play the course whether they can play golf or not, which means that a six-hour round, waiting to play every shot, is happening.

‘Over the last couple of years my complaints have also been about inedible food – Welsh rarebit for instance was a cold lump of rubbery cheese on stale bread.’

Chartered accountant Mr Swales agreed. ‘The club used to be quite exclusive, in the halcyon days of the 1990s when there was a boom in private golf clubs,’ he said.

‘The fees were high but there were nice benefits, like a free night in the hotel, and various other perks. Then things started changing without consultation from the members. 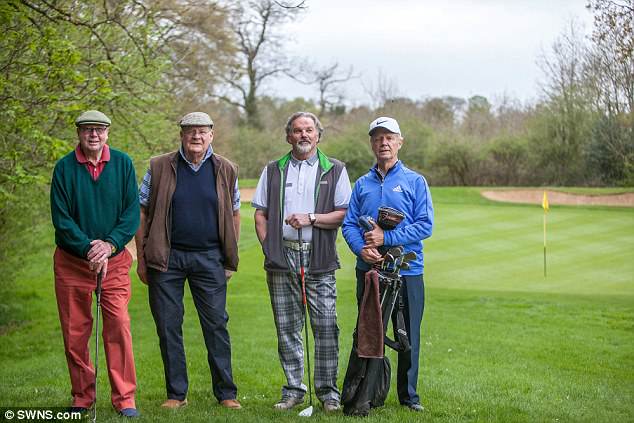 The men have moved to another golf club ten miles down the road, where tea is served in china cups

‘There was no loyalty from the club. We used to have china cups and saucers but tea and coffee is now served in mugs. Firstly, they were black mugs bearing the initials ‘EG’, for Exclusive Golf.

‘The mugs are now patterned without initials, reflecting the clientele the club now targets.’

He said that many clubs nearby that charged much less than Manor House still served tea in china cups.

Mr Brack, a retired building constructor, added: ‘I’d reduced myself to a bacon sandwich because the food wasn’t great.’

And Mr Scrivens said: ‘It was undoubtedly one of the best golf courses in the West of England, it is a beautiful location.

‘They have just opened the gates to anyone who is willing to turn up and have a go.’

The course, which was designed by golf legends Peter Alliss and Clive Clark, opened in 1992. It is part of the stunning 14th century Manor House hotel, which is set in 365 acres of rolling countryside in Wiltshire near the village of Castle Combe. The club did not respond to requests for comment.

The five golfers have now moved to Kingsdown Golf Club, just ten miles down the road…where the tea is just the way they like it.