The black balaclava sweater from Gucci’s 2018 “Fall Winter” collection – being plugged for £700 ($900) – is cut out around the wearer’s mouth, which is outlined in red. 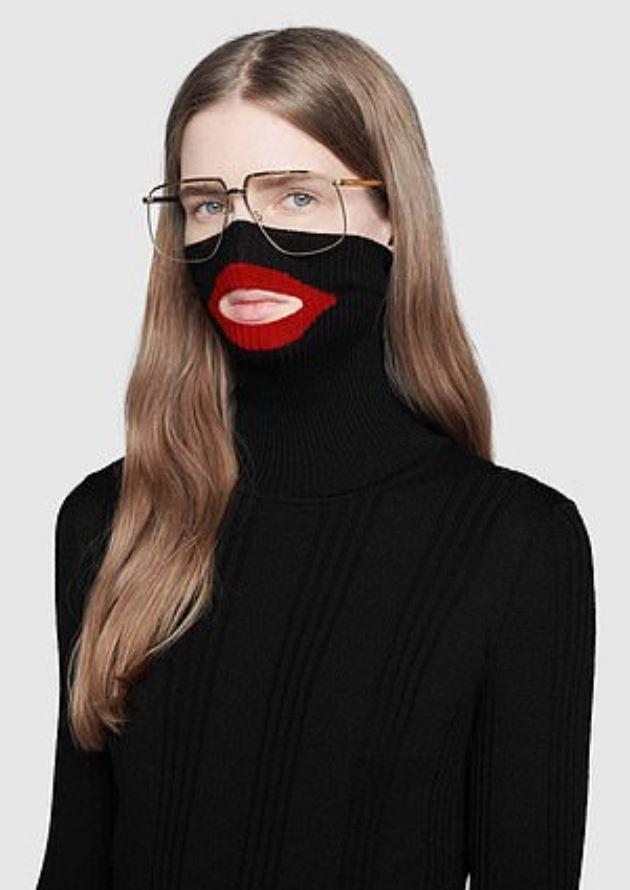 The offensive jumper has been slammed on Twitter as “Haute Couture Blackface for millennials,” reports the New York Post.

Gucci has “deeply” apologised for offending people, and said it would also “turn this incident into a powerful learning moment for the Gucci team and beyond.”

Although the brand said on Twitter that “the item has been immediately removed from our online store and all physical stores”, the Sun Online has found it still being advertised.

It adds: "The Fall Winter 2018 runway show space reflected the stark environment of an operating room, emulating the theme of the collection where reconstructing materials and fabrics created a new identity.”

The website, which advertises the top for $890, said its balaclava-style added a "mysterious feel".

The 100 per cent wool jumper "can also be worn as a turtle-neck" and is made in Italy.

The sweater couldn’t be found on Gucci’s website on Wednesday, but its information was still archived online. 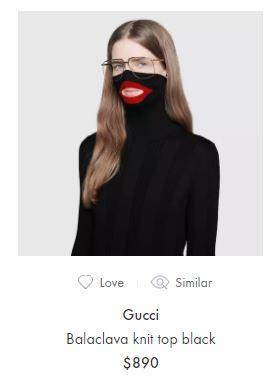 Social media users were sharing pictures of the listing throughout the day.

“Ah yes, black face but make it fashion,” another said.

"This is DISGUSTING. I don’t wanna see any of you with Gucci belts and slides after this.”

“We can confirm that the item has been immediately removed from our online store and all physical stores.

“We consider diversity to be a fundamental value to be fully upheld, respected, and at the forefront of every decision we make.

“We are fully committed to increasing diversity throughout our organization and turning this incident into a powerful learning moment for the Gucci team and beyond.”

Gucci was founded in Florence in 1921, and is one of the world’s leading luxury fashion brands.

The short clips showed a Chinese woman dressed in new season outfits from the Italian fashion house, trying to eat pizza with chopsticks.

A version of this article first appeared on the New York Post. 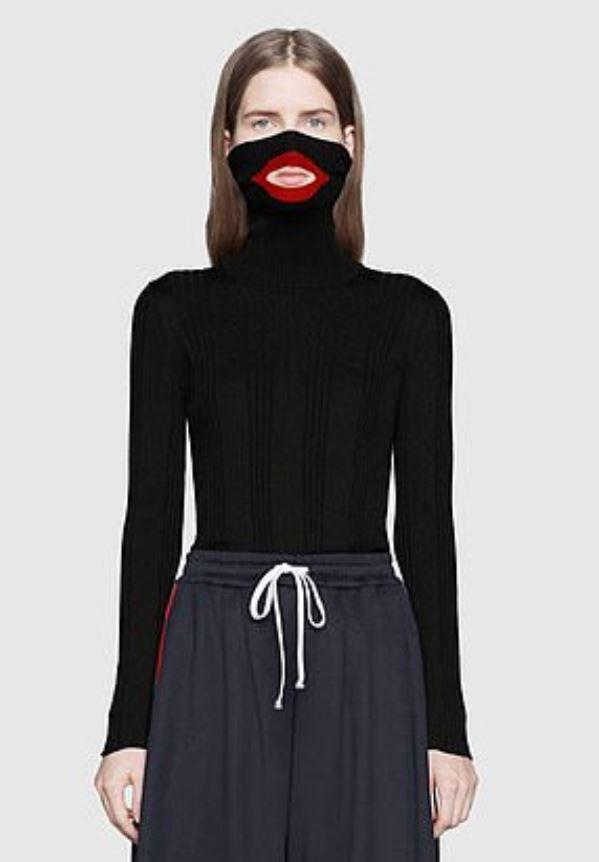 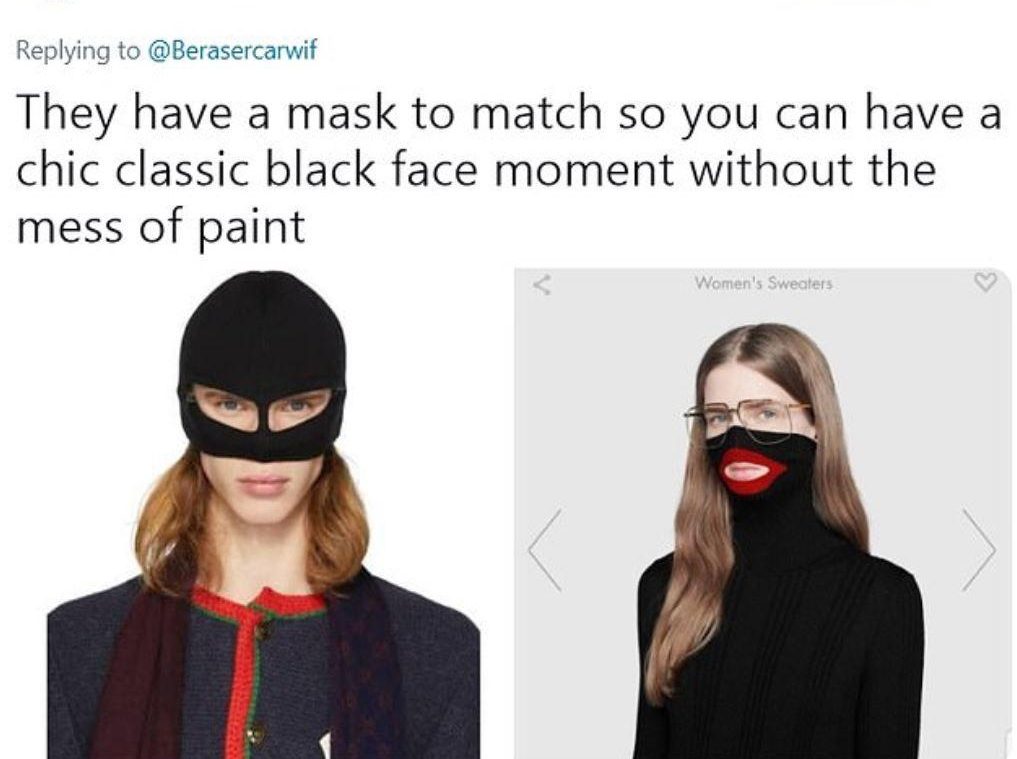 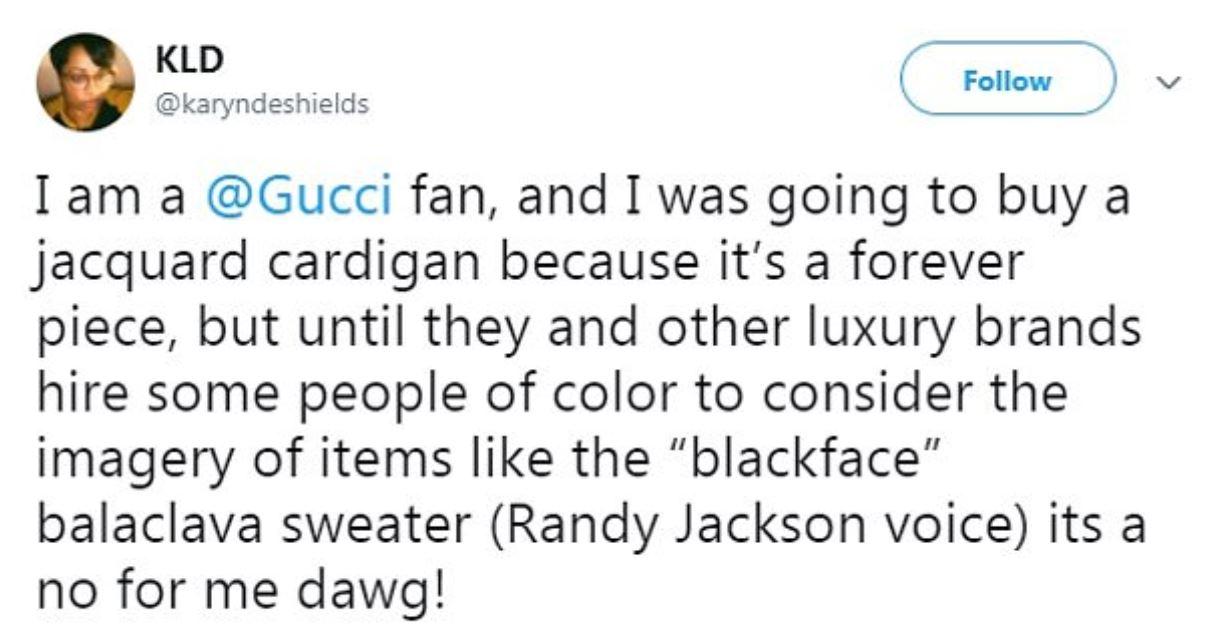 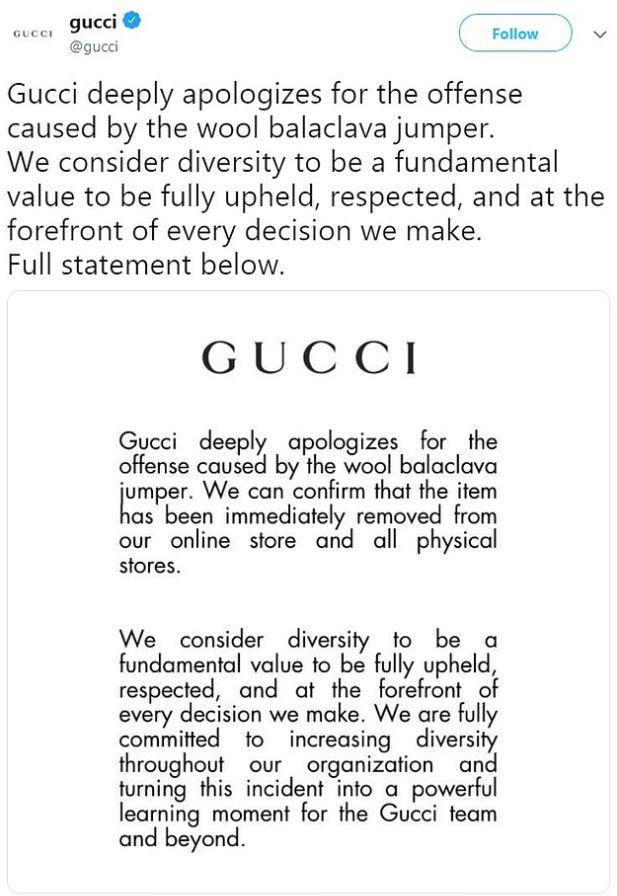