Admiral Harry Harris, the head of the US Pacific Command, was announced last year as President Donald Trump's pick for the ambassador to Australia, a post that has been vacant for more than a year. 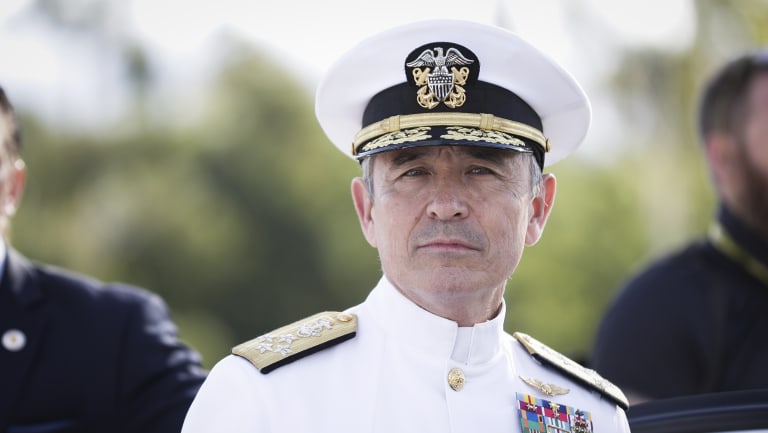 Admiral Harry Harris’s ambassador posting has been switched at the last minute.

He was set to face a nomination hearing on Capitol Hill on Wednesday to finalise his posting.

But, in a sign of the disfunction plaguing the White House, it was postponed at the last minute just before media reports emerged that he would switch roles to fill the vacant post of ambassador to South Korea.

Foreign Minister Julie Bishop confirmed on Wednesday that acting secretary of state, John Sullivan, called her at 6.15am on Tuesday to break the news.

She downplayed the significance, saying the appointment of a new ambassador would be prioritised when incoming secretary of state Mike Pompeo's position is confirmed.

"We understand, this sort of thing happens and we also understand the challenges the United States has on the Korean peninsula," she said.

The move comes at a critical time for US-South Korea relations with Trump set to hold a historic summit with North Korean leader Kim Jong-un in the coming months.

The South Korea vacancy is seen as a more urgent priority and Pompeo had promised in recent days to make an appointment quickly.

However, it leaves Australia in the lurch; Canberra may have to wait up to a year for the Trump administration to put forward another nominee and go through the lengthy vetting process.

Thomas Wright, a senior fellow and foreign policy expert at the Brookings Institution in Washington, D.C. said the backflip sends a "terrible" message to Australia.

"The message it sends to Australia is unfortunate because it says that [Australia] is not a priority," he said.

"They need to make sure they appoint someone of similar stature and ability to Harris now, not just a donor or a friend of Donald Trump's."

He said the move reflects poorly on the Trump administration, specifically Pompeo, as the change has been made without a replacement ready.

"I think [the relationship] is stronger than a misunderstanding like this but I think it was a mistake to roll it out in this way. It's just poor alliance management," he said. 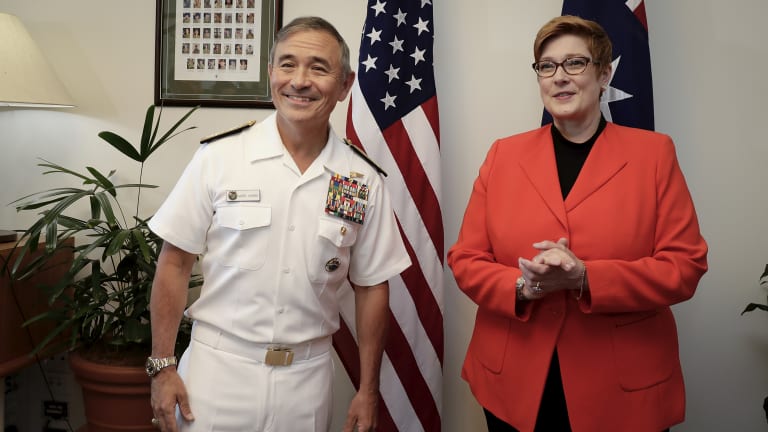 Harry Harris travelled to Australia in March to meet officials, including Minister for Defence Marise Payne.

Zack Cooper, a former White House and Pentagon staffer who studies US alliances in Asia for the American Enterprise Institute, said it was critical for Washington to "urgently find ways to reassure Canberra that the US-Australia relationship is important".

"Cracks are already surfacing in the relationship, particularly over differing perceptions of China and divergent preferences on trade," he wrote in a blog post titled Bad News Down Under.

"If this decision comes to be viewed as a sign of the priority that the United States places on Australia, the damage to the US-Australia alliance could be serious and long lasting."

The Washington Post reported that some on Capitol Hill fear the sudden move might harm "the otherwise warming US-Australia relationship by making the Australian government seem like a second-class ally".

"Both Canberra and Seoul are critical posts," a US congressional aide told the Washington Post, adding that countless other empty positions at the Department of State risk doing "grave damage to vital alliance relationships and US posture and standing throughout the region".

Harris was planning to retire last year but accepted the Australia posting due to his deep experience in the Asia-Pacific region and his interest in US-Australia relations.

Last year, news of Harris' possible posting had been well received in Australia because of the admiral's military and strategic expertise, his warm relationship with Prime Minister Malcolm Turnbull and his tough stance on China amid rising tensions with Beijing.

Harris has reportedly told Pompeo that he is willing to take the South Korea posting.

Some commentators said his expertise would make him a prize in either capital but Abraham M. Denmark, director of the Asia program at the Woodrow Wilson International Centre, said that appointing a retired, four-star admiral might complicate the chain of command in Seoul as a time when military issues are paramount.

Trump's administration has been besieged by haphazard decision making and unexpected about-faces.

Also on Wednesday, Trump's pick for the head of the Department of Veterens' Affairs, physician Ronny Jackson, had his confirmation hearing postponed after allegations emerged that he had been drunk on the job and had improperly prescribed drugs.