‘Get out me garden!’ Hilarious video reveals one VERY exasperated dad yelling at the clueless sheep invading his yard over the course of a whole year

A frustrated father has found a hilarious way to get a curious flock of sheep off his property – by angrily yelling ‘get out me garden’ at them.

The trick seems to work extremely well, as the second Luke Mensah, 40, shouts the line the animals scarper back to their own field.

Since the footage was posted on social media Luke has been left with a catchphrase as people in his hometown of Oxenhope, West Yorkshire, often shout ‘get out me garden’ at him. 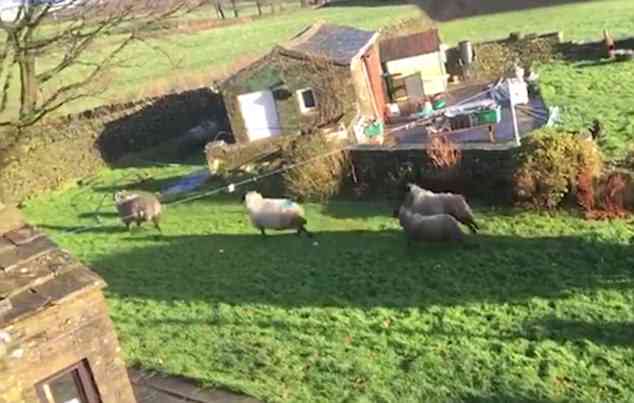 Luke Mensah, 40, shouts ‘get out me garden’ at the uninvited sheep (pictured) who raid his flowers

The electrical installer says the sheep started invading his garden last summer. He hoped it was a one off but the uninvited guests kept reappearing.

His wife Felicity, 38, believes the aggressive tone is unneeded as she claims she once moved the sheep along by politely asking them to leave.

Luke said: ‘It all started last summer. I just thought it was a one off at first. I managed to strap the gate back up, but they keep on knocking it down.

‘I put a brace on the gate too, but they still managed to get in. It just went on and on. I was repairing the gate and they were just getting in.

‘One time I just shouted “get out me garden” at them to see what they would do, and they moved off.

‘It just became something that I would say to them to move them. I had only ever done it shouting so it just stuck.’ 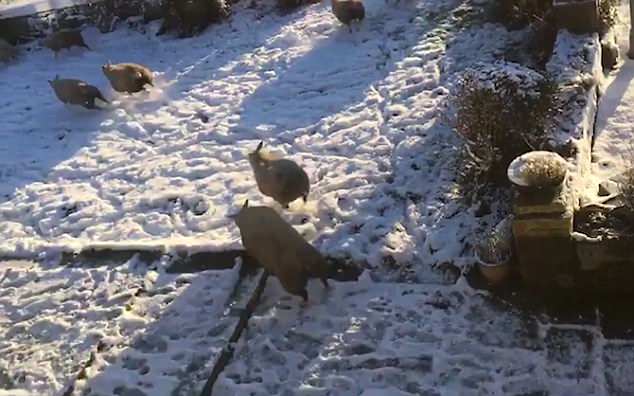 The trick seems to work extremely well, as the second Luke Mensah, 40, shouts the line the animals scarper back to their own field

Luke, a father-of-three, says the sheep come into his garden from a nearby field but recognises that there is little the owner can do.

Luke said: ‘They’re from the field opposite. The farmer rents it out and whoever rents it has the sheep on there, there’s nothing they can really do about it.

‘They eat every plant in my garden. I really like looking after it and making it look nice and I want to buy more.

‘I’m not letting them win though so I just keep planting new ones. They also leave droppings all over the garden which I have to clean.

Since he started posting the videos of the invaders on to social media, he has become a more well known in his town.

Luke said: ‘I started posting the videos on social media as a laugh and now when I’m walking down the street people shout “get out me garden” to me which is weird. 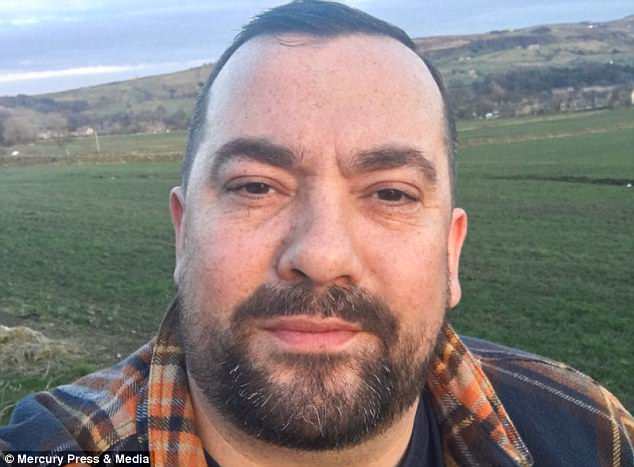 Luke, a father-of-three, says the sheep come into his garden from a nearby field but recognises that there is little the owner can do 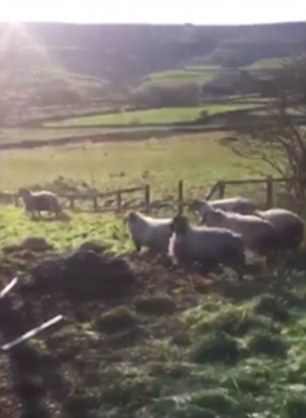 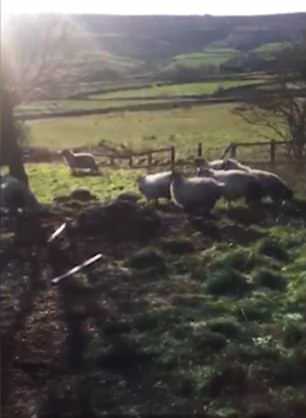 The electrical installer says the sheep started invading his garden last summer. He hoped it was a one off but the uninvited guests kept reappearing

‘I don’t show my face on any of the videos, so I don’t know how they know it’s me. If I knew it was going to catch on as a catchphrase I would’ve chose something better.

‘Whenever I go in the pub and they all take the mick out of my catchphrase, my mates think it’s hilarious that all these sheep are paying me visits.’

Despite Luke going for the shouting approach, he admits that his wife Felicity, 38, has told him that he needs to stop shouting and ask them politely instead.

Luke said: ‘It was my wife who first spotted them and now she just winds me up with them because she knows it frustrates me.

‘The sheep know that they are doing wrong but I think they just like to wind me up.

‘My wife did it once and asked them politely and they left so she tries to tell me there is no need to shout.

‘I think she is worried we would have animal rights activists on our back for shouting at them.’