Home » World News » Hong Kong: For those who stay, the fight is on as threats lurk

Hong Kong: For those who stay, the fight is on as threats lurk

Hong Kong, China – Since he was 19, Paul Lam has been joining the annual July 1 march, which marks Hong Kong’s handover from Britain to China in 1997. When Lam first participated in 2003, he and a throng of half a million demonstrators succeeded in fending off a security bill, which was then under consideration.

Last Wednesday, the 23rd anniversary of the event, however, was different. As China’s national security law took effect in the former British colony, the yearly march was banned for the first time.

Lam, now 36, had a choice: Face the threat of possible arrest or march. Alongside tens of thousands of others, Lam took to the streets and made a stand.

“Although we’re being silenced, I still need to do my bit to voice out against this dictatorship,” Lam, an audio-visual designer, told Al Jazeera as he detoured into a side street near a football stadium to avoid a confrontation with police.

“My parents’ generation has all but steered clear of politics. People in my generation can’t afford to do that any longer.”

Beijing maintains that the new law is essential to safeguard state security and curb protests in Hong Kong by banning secession, subversion, terrorism and collusion with foreign forces.

But critics say the terms are vague and open to arbitrary interpretation by authorities. Both protesters here and some governments abroad called it a death sentence for the territory’s autonomy, freedoms and its independent judiciary.

Long called “a borrowed place on borrowed time,” Hong Kong saw mass migration after the 1989 Tiananmen Square massacre in China and in the lead-up to Communist China’s takeover in 1997.

This time, however, the choice for many is to fight rather than take flight.

That is because the post-colonial generations see Hong Kong as their homeland, where they are a people bound by the values of freedoms, fair play and the rule of law, rather than Chinese ethnicity. 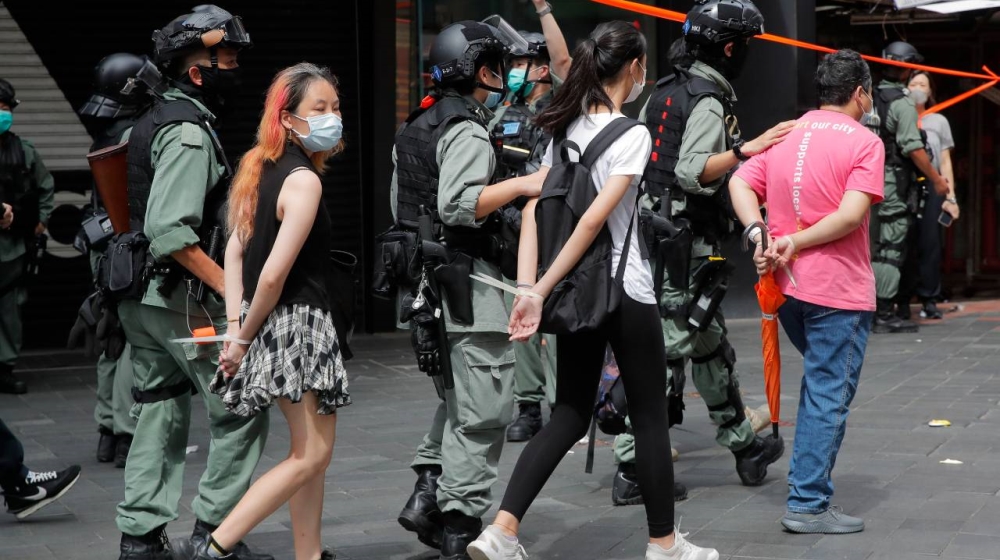 A city built by refugees who had fled wars and political upheavals in mainland China, Hong Kong counts nearly 60 percent of its population that come from elsewhere.

Ever since she was a teenager in her native Shanghai, Minnie Li, 35, was drawn to the idea of freedom like a moth to candlelight.

It was her time as a doctoral student in Hong Kong that brought her face to face with the fear she had to conquer in order to feel truly free.

In 2014, during the mass pro-democracy Umbrella Movement sit-in, Li remembered hesitating for a half-hour before posting on Facebook about the protests.

Not a permanent resident of the city back then, Li risked criminal punishment meted out in mainland China for anyone who dared speak out.

Under the national security law, she knows where she stands: “I won’t censor myself and my speech, and this new law certainly won’t paralyse my action.”

Li, who is married to an American, also said her family has no plans to leave. Like Li’s husband, nearly half of the 7.5 million Hong Kong residents hold a foreign passport.

In recent weeks, as tightening on the city’s liberties loomed, Australia and the US have been mulling measures that would offer Hong Kongers an escape route. And last week, Britain announced plans to extend stay for all Hong Kong residents holding the colonial-era passport from six months to five years – with the option to apply for British citizenship.

The lure to leave again is ever present.

Though not for Lester Shum, who is relinquishing his US citizenship in order to compete in next week’s primaries for the upcoming Legislative Council elections. The city’s constitution limits the number of foreign nationals serving in the legislature.

Born in New York City, Shum, 27, returned to Hong Kong as a toddler in the mid-1990s and has lived here since.

As a student leader of the 2014 Umbrella Movement, Shum, like many of his peers, coined the motto that they belonged to “the generation chosen by the times” to resist Beijing. But now it was he who chose to stand his ground, literally.

Shum said even though he had struggled with the decision to give up his foreign passport, he felt more strongly about being a candidate. 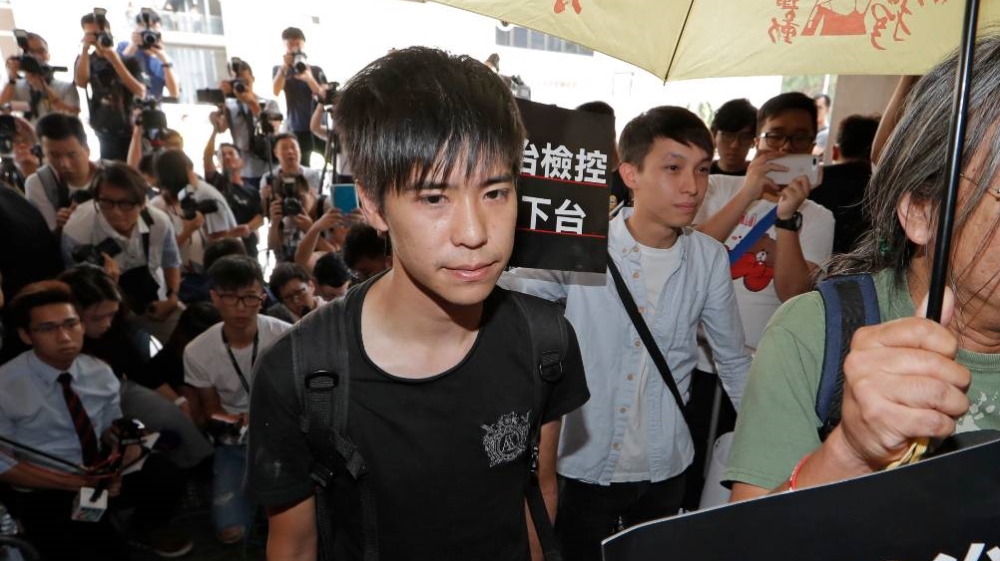 “Running is an important strong response to the national security law for the world to see,” said Shum. “The reason why the protesters here have stirred global attention was we showed a strong will to resist.”

To run is to mount a challenge to the government, he said, which would resent another landslide victory by pro-democracy allies like the one last November, when Shum won a district council seat.

A few weeks ago, Hong Kong police sent him a letter accusing him of spreading rumours on Facebook implicating the officers in the falling death of a student during the protests. This is an allegation for which Shum can be prosecuted and punished under the new law.

Yet, Shum remained steadfast in his pursuit of liberty.

“Even though I could leave for a free country, the freedom I enjoy there wouldn’t be what I wanted,” he said. “What I want is to fight for freedom in my home that is Hong Kong.”