Hurricane Michael before and after photos capture utter devastation

Horrific before and after photos have captured the utter devastation inflicted by Hurricane Michael after it crashed into several small towns on the Florida Panhandle with near-record force.

The deadly hurricane’s assault left nothing more than empty foundations and heaps of rubble when it smashed into Florida’s northwest coast near the small town of Mexico Beach on Wednesday with screeching 155 mile per hour winds and 14-foot storm surges.

While search-and-rescue teams were having difficulty reaching some areas on Thursday, the extent of the damage is slowly becoming clear with the before and after images showing the severe destruction.

One of the hardest-hit spots was Mexico Beach where entire blocks of homes near the beach were washed away, leaving nothing but concrete slabs in the sand. 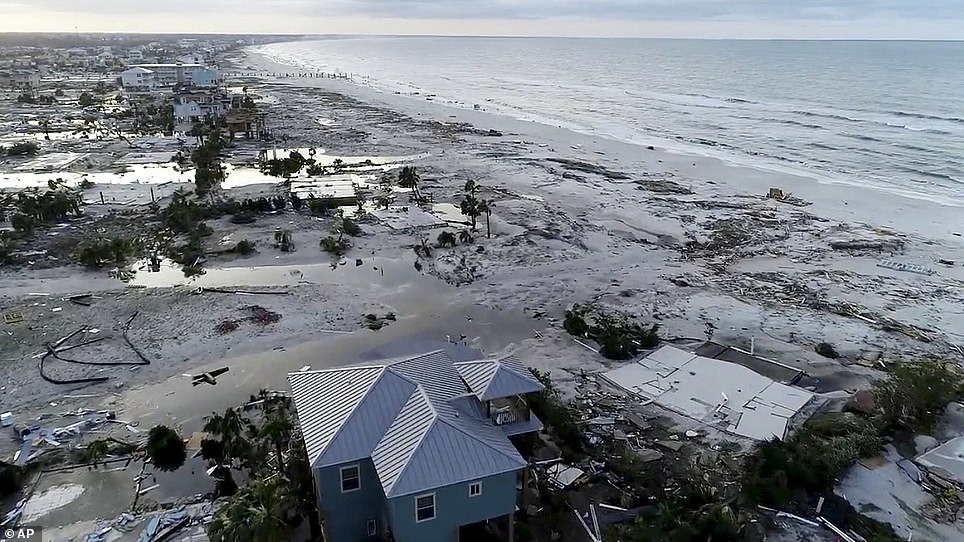 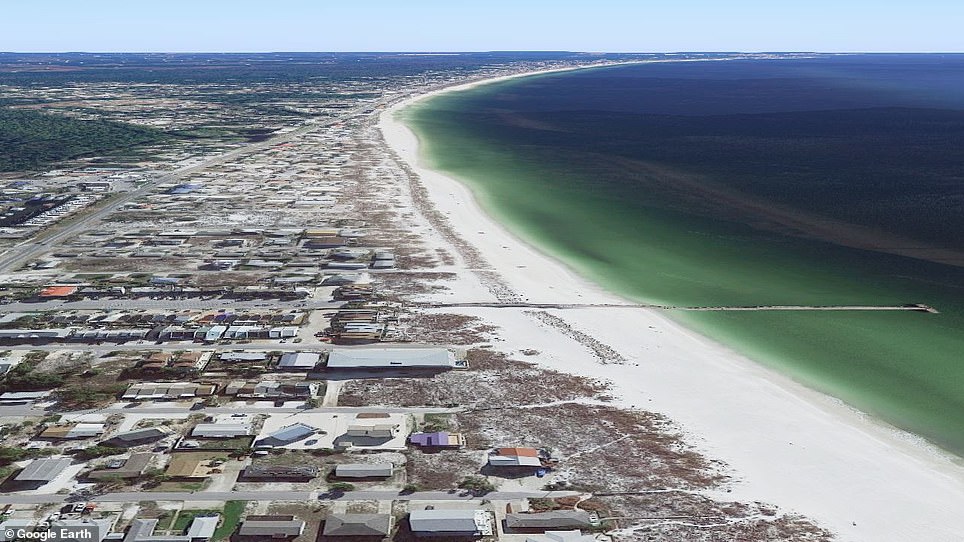 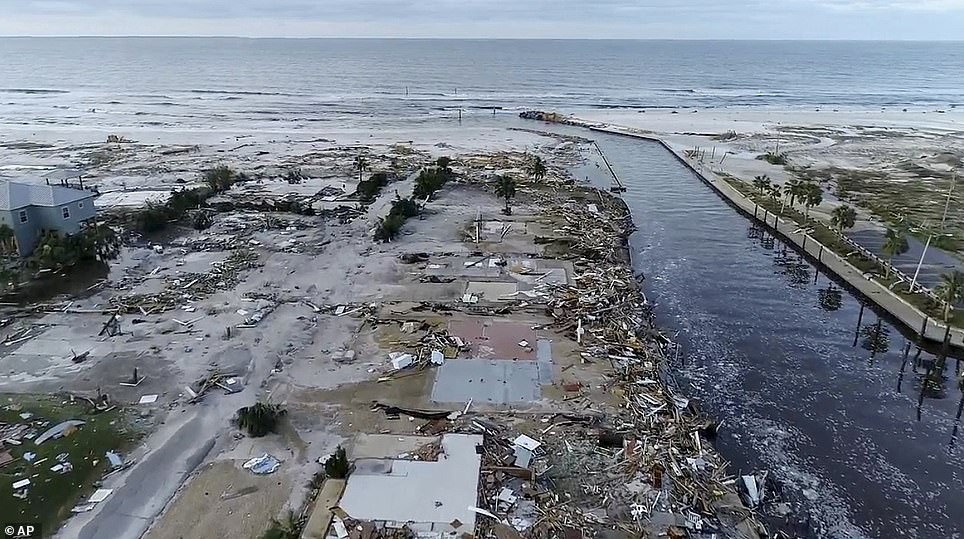 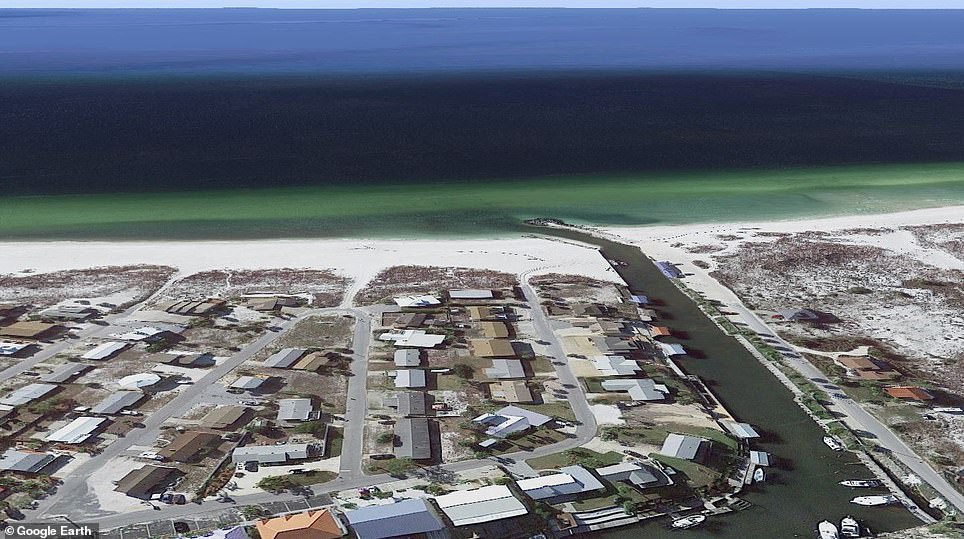 One of the hardest-hit spots was Mexico Beach where entire blocks of homes near the beach were washed away, leaving nothing but concrete slabs in the sand

Rows and rows of other homes were reduced to piles of debris or crumpled and slumped at odd angles.

Hundreds of cars had broken windows and twisted street signs lay on the ground.

In Panama City, 20 miles northwest of Mexico Beach, buildings were crushed and boats were scattered around. Michael left a trail of utility wires on roads, flattened tall pine trees and knocked a steeple from a church.

At Jinks Middle School in Panama City, the storm peeled back part of the gym roof and tore off one wall, leaving the wooden floor covered in water. A year ago the school welcomed students and families displaced by Hurricane Maria in Puerto Rico.

Nearly 850,000 homes and businesses were without power in Florida, Alabama, the Carolinas and Georgia on Thursday.

Search-and-rescue teams fanned out across the Florida Panhandle to reach trapped people in Michael’s wake on Thursday as daylight yielded the devastating scenes.

The hurricane, one of the most powerful hurricanes ever to strike the U.S. mainland, left at least five people dead.

The fatalities included Sarah Radney, an 11-year-old girl in Seminole County, Georgia, and a man in Greensboro, Florida. Both were killed when trees crashed onto their homes. Three others were also killed in Florida but details of their deaths are not yet known. 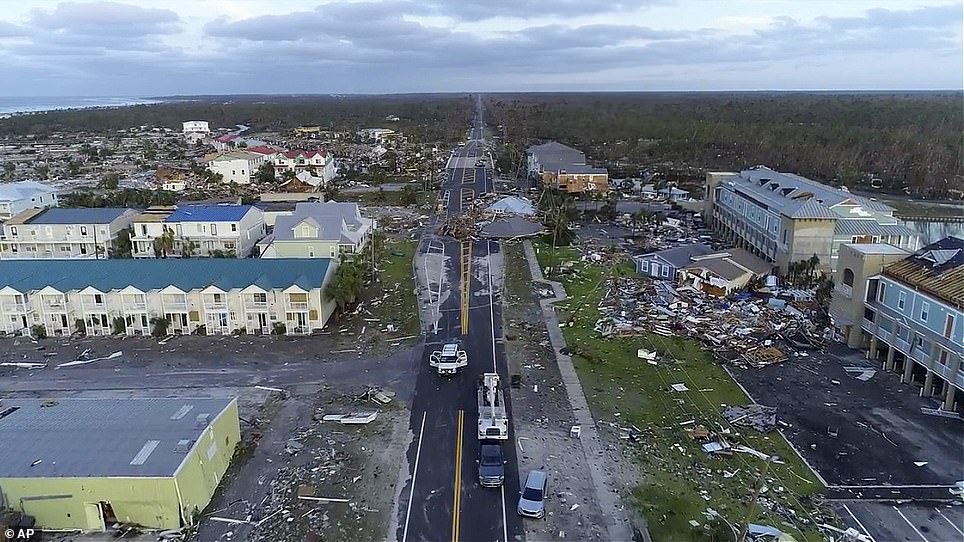 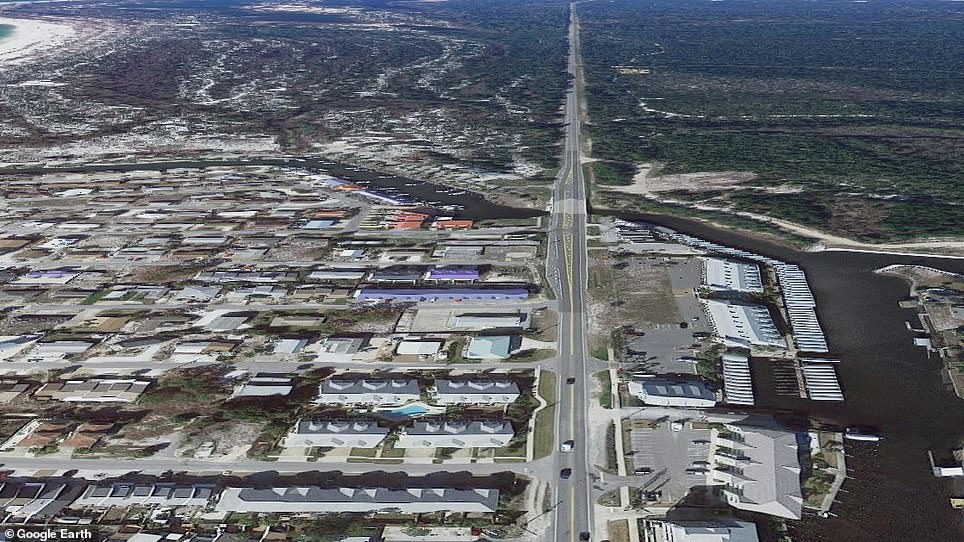 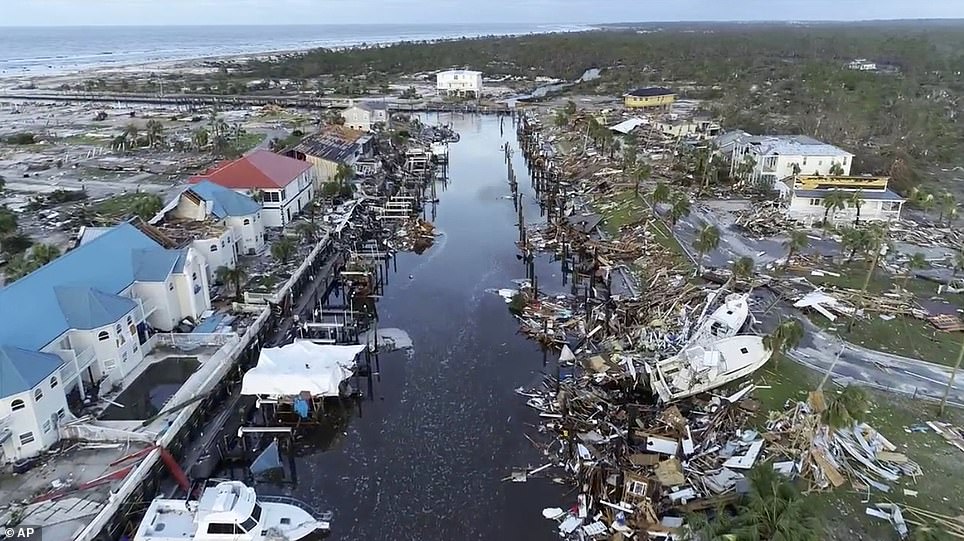 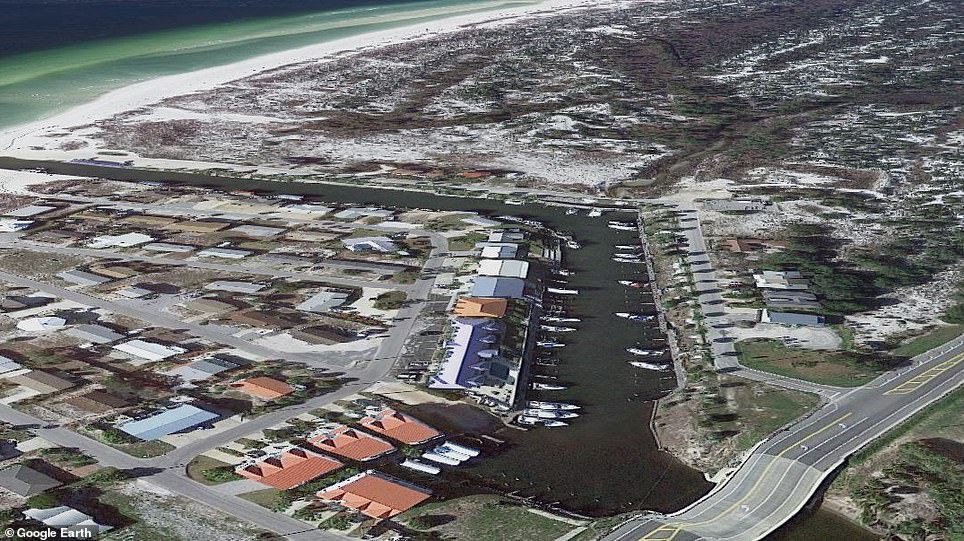 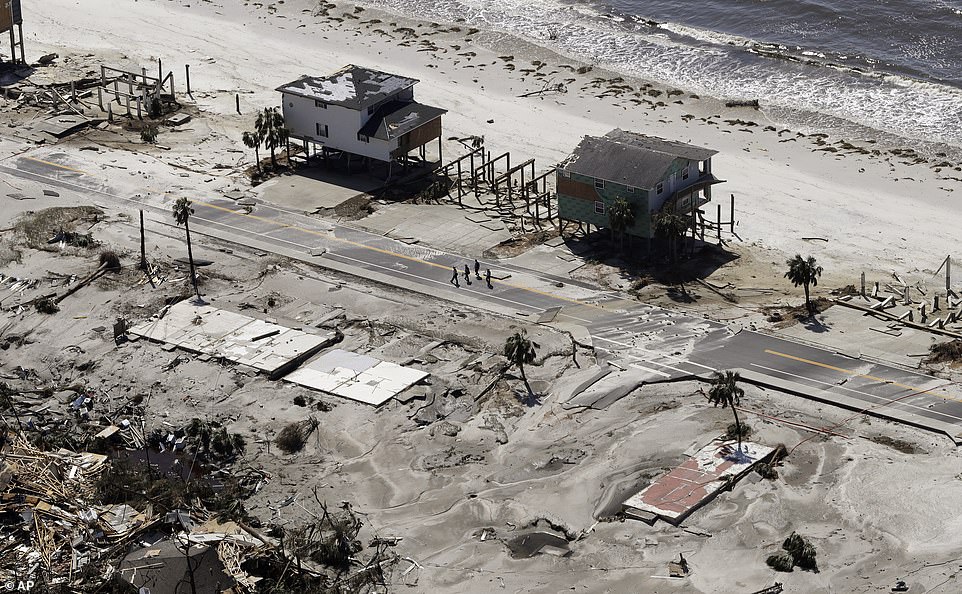 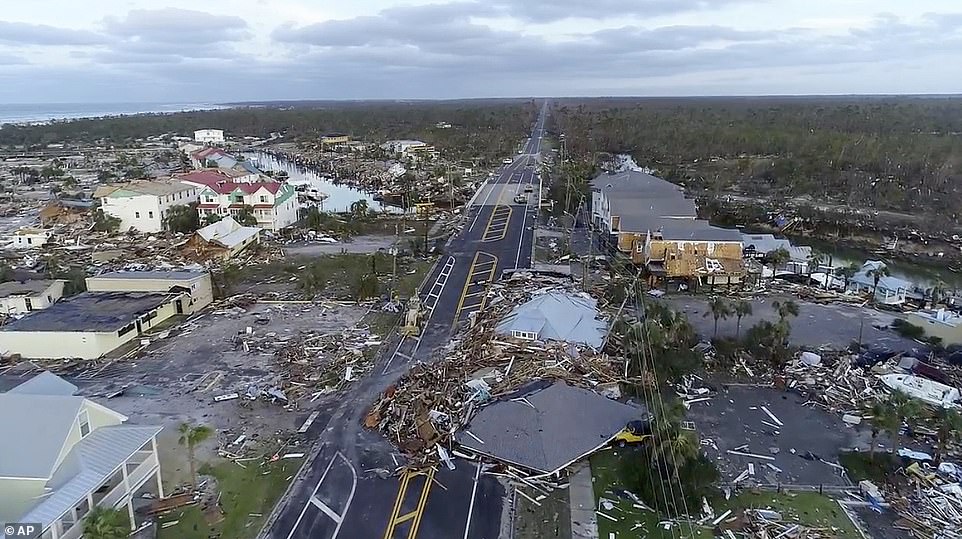 ‘This morning, Florida’s Gulf Coast and Panhandle and the Big Bend are waking up to unimaginable destruction,’ Florida Governor Rick Scott said.

‘So many lives have been changed forever. So many families have lost everything. This hurricane was an absolute monster.’

Michael was a Category 4 storm, just shy of a rare Category 5, when it came ashore. It was downgraded to a Tropical Storm on Thursday as it took its drenching rains to Georgia and the Carolinas.

Though weakened into a tropical storm, it continued to bring heavy rain and blustery winds to the Southeast as it pushed inland, soaking areas still recovering from last month’s Hurricane Florence.

Parts of North Carolina and Virginia could get as much as 9 inches of rain and flash floods.

The full extent of the damage was only slowly becoming clear, with some of the worst areas difficult to reach. An 80-mile stretch of Interstate 10, the main east-west route along the Panhandle, was closed because of debris.

Scott said the National Guard got into Mexico Beach and rescued 20 people who survived the direct hit.

It was not yet known what had happened to about 280 residents of Mexico Beach who authorities said had ignored evacuation orders as the storm approached the state’s northwest.

The town was under a mandatory evacuation order as the rapidly developing storm closed in, but some people were determined to ride it out. 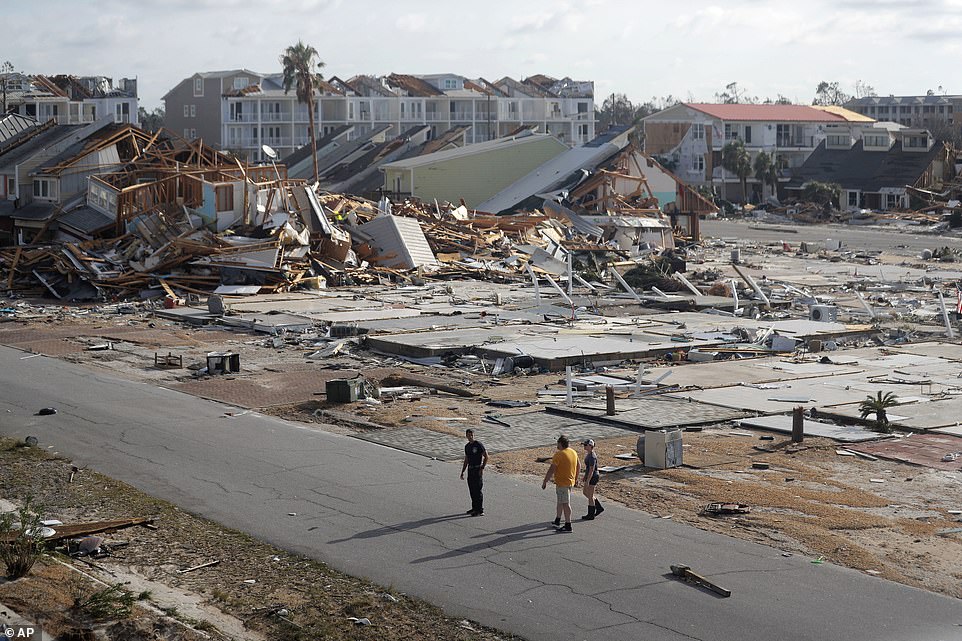 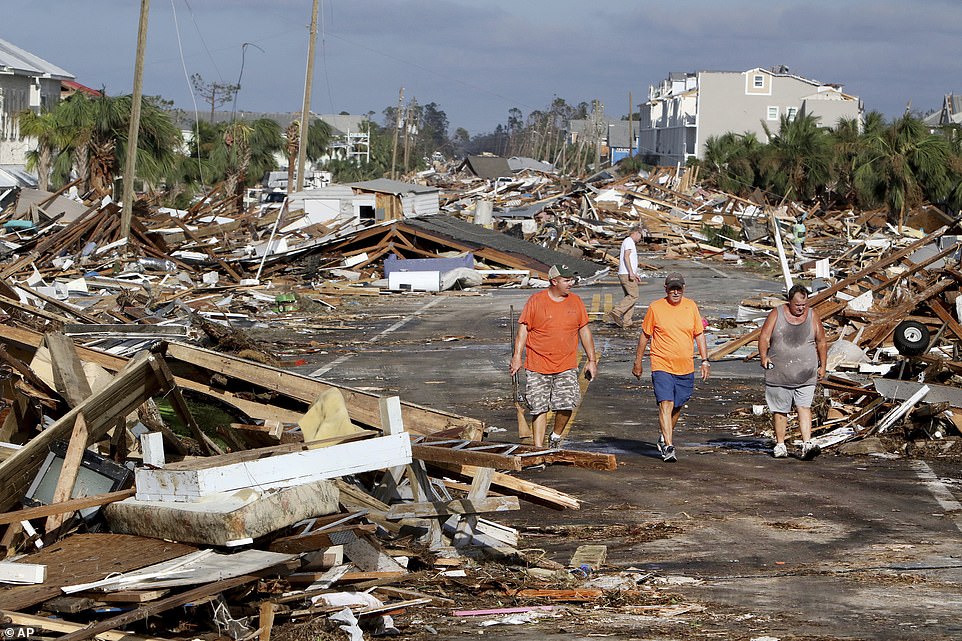 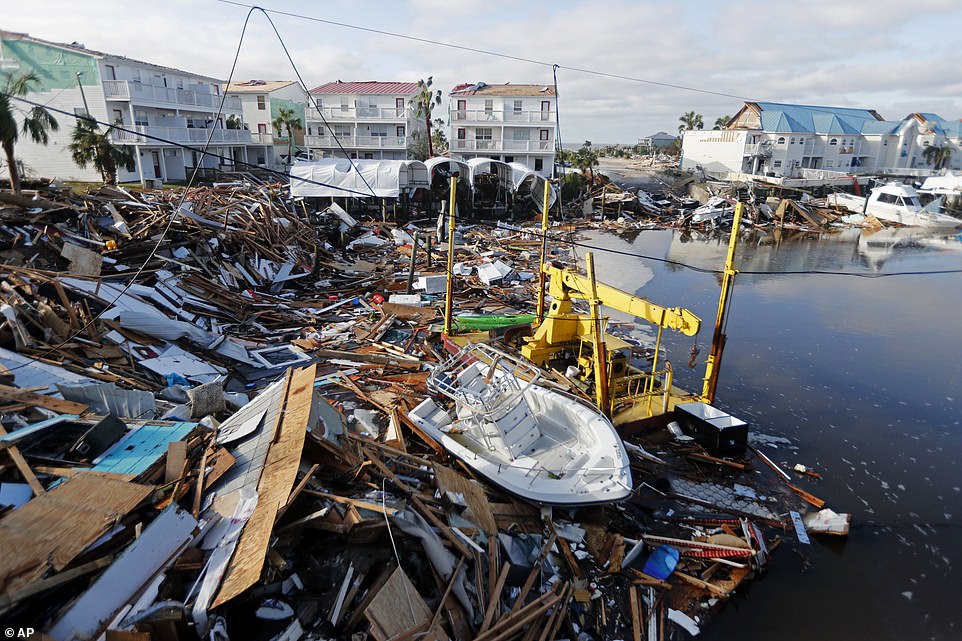 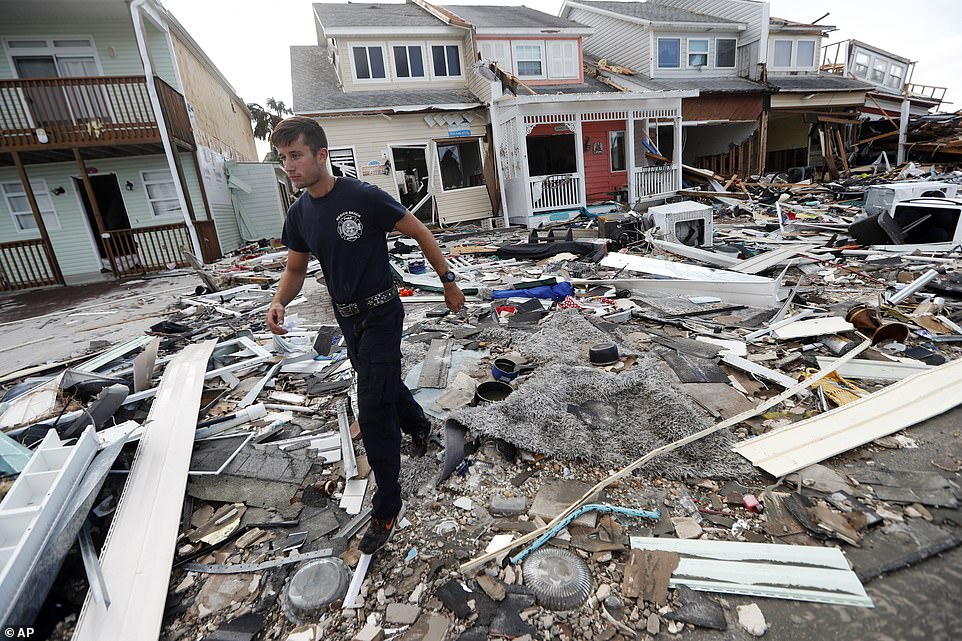 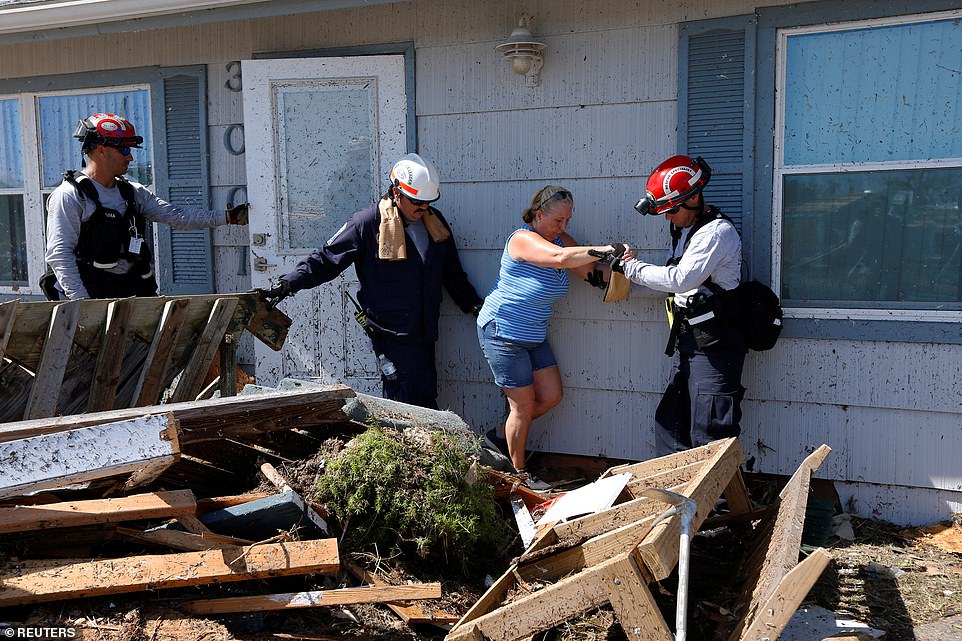 The governor pleaded with people in Florida not to go home yet.

‘I know you just want to go home. You want to check on things, and begin the recovery process (but) we have to make sure things are safe.’

Meanwhile, the Coast Guard said it rescued at least 27 people, mostly from homes damaged along the Florida coastline, and searched for more victims. Among those brought to safety were nine people rescued by helicopter from a bathroom of their Panama City home after their roof collapsed.

Thousands of National Guard troops, law enforcement officers and medical teams are working their way into damaged communities to search for survivors.

More than 375,000 people up and down the Gulf Coast were ordered or urged to evacuate as Michael closed in.

But it moved so fast and intensified so quickly that people didn’t have much time to prepare, and emergency authorities lamented that many ignored the warnings.

A Red Cross official said it’s possible that as many as 320,000 people on Florida’s Gulf Coast did not evacuate and likely rode out the storm.

President Donald Trump declared a state of emergency for all of Florida, freeing federal assistance to supplement state and local disaster responses.

About 3,500 Florida National Guard troops were deployed, along with more than 1,000 search-and-rescue personnel to the area immediately after the hurricane hit. 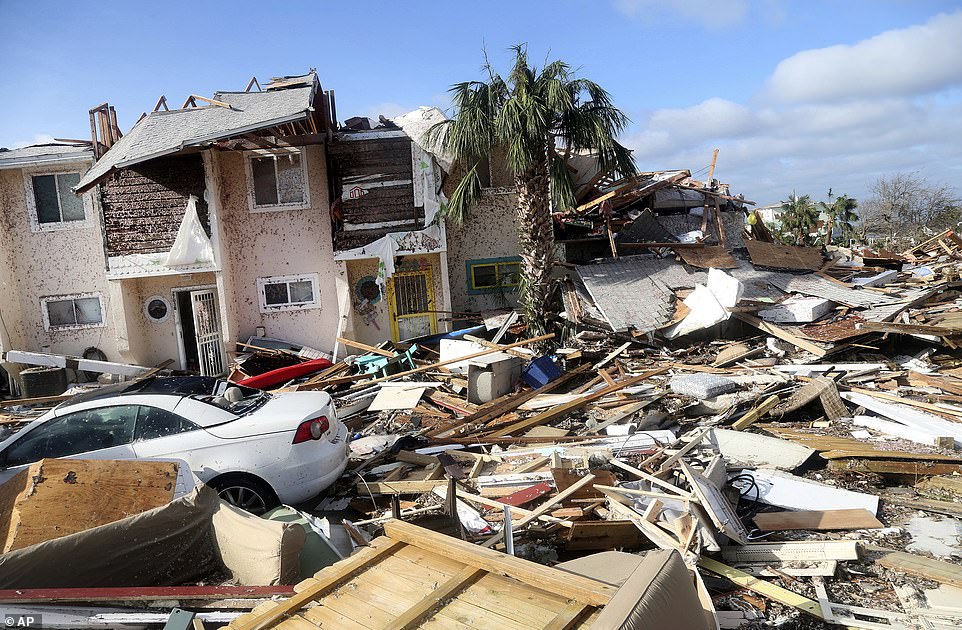 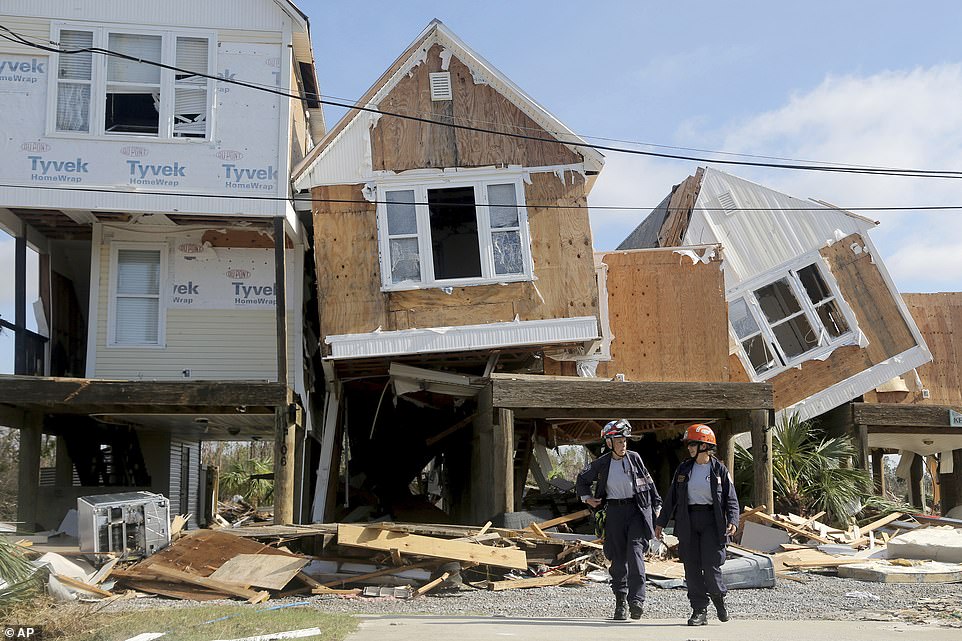 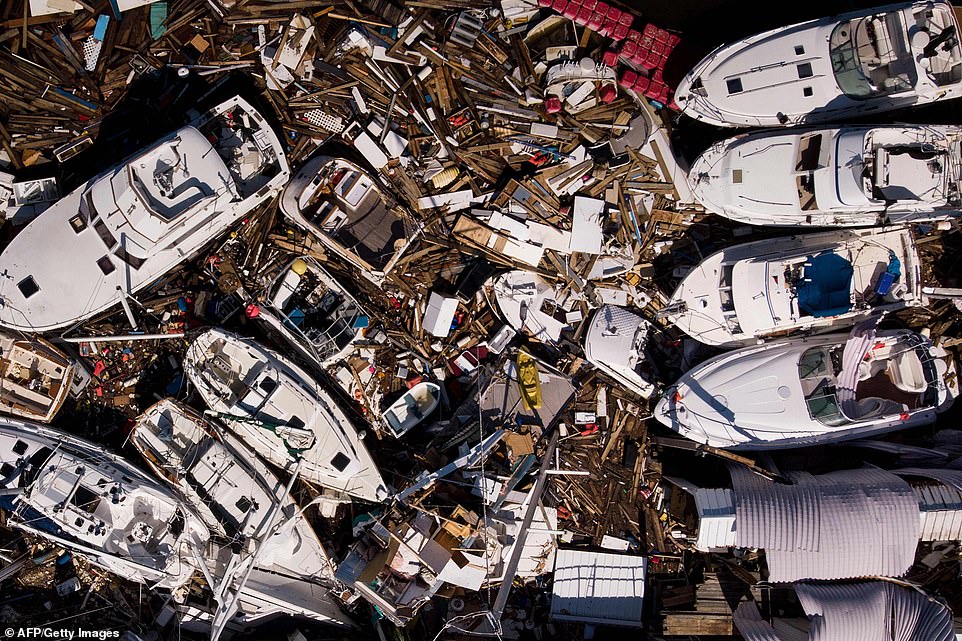 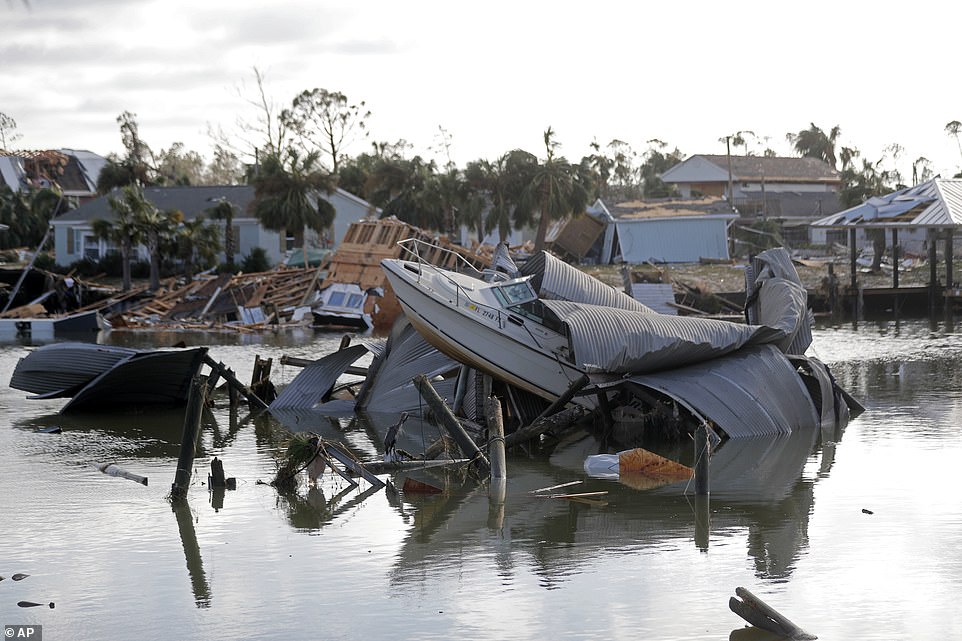