BORIS Johnson lounges with his feet on a desk in behind-the-scenes pictures of his Downing Street bunker.

The desk is strewn with diet-busting snacks, including a takeaway bag from burger joint Five Guys. 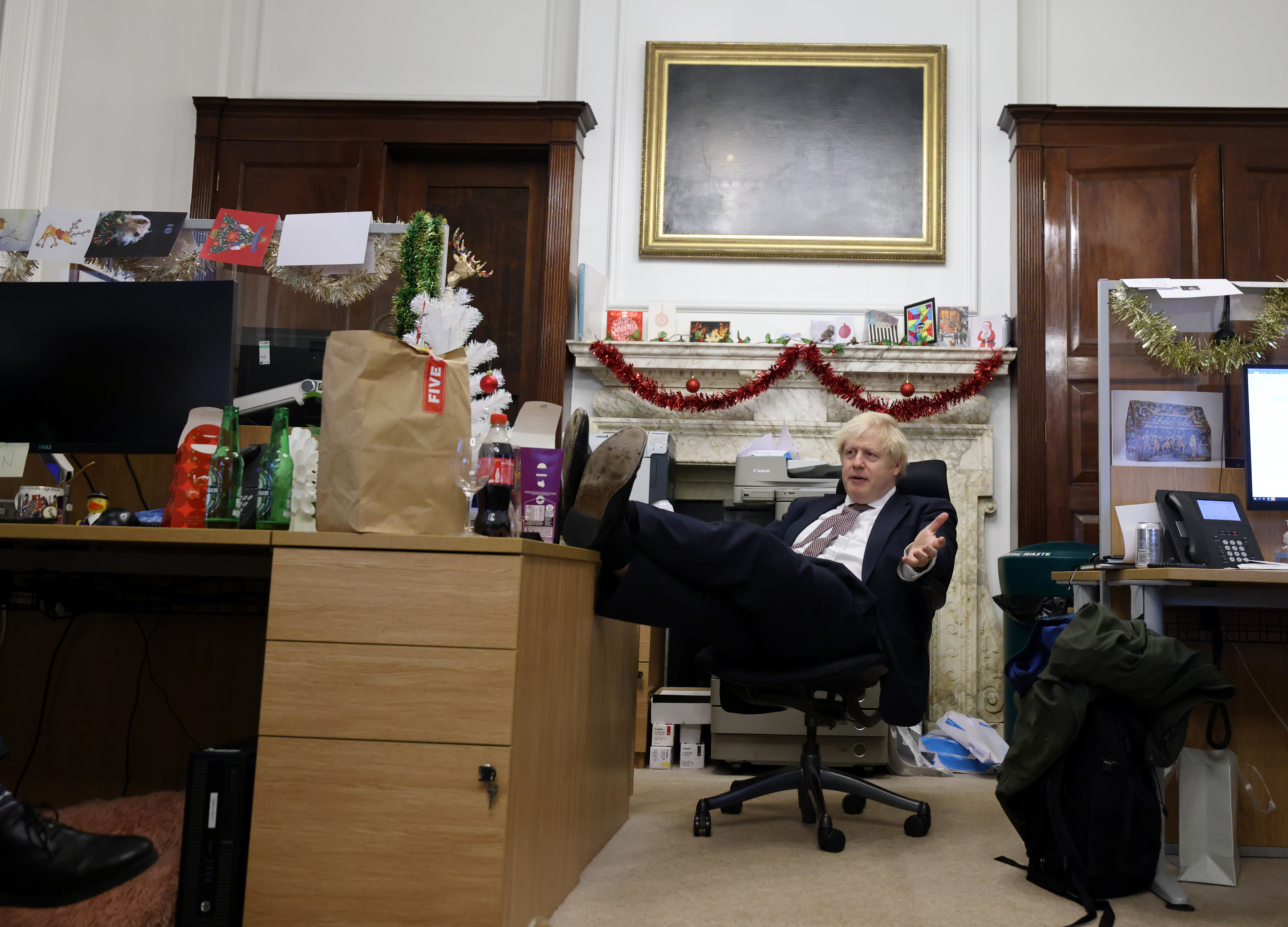 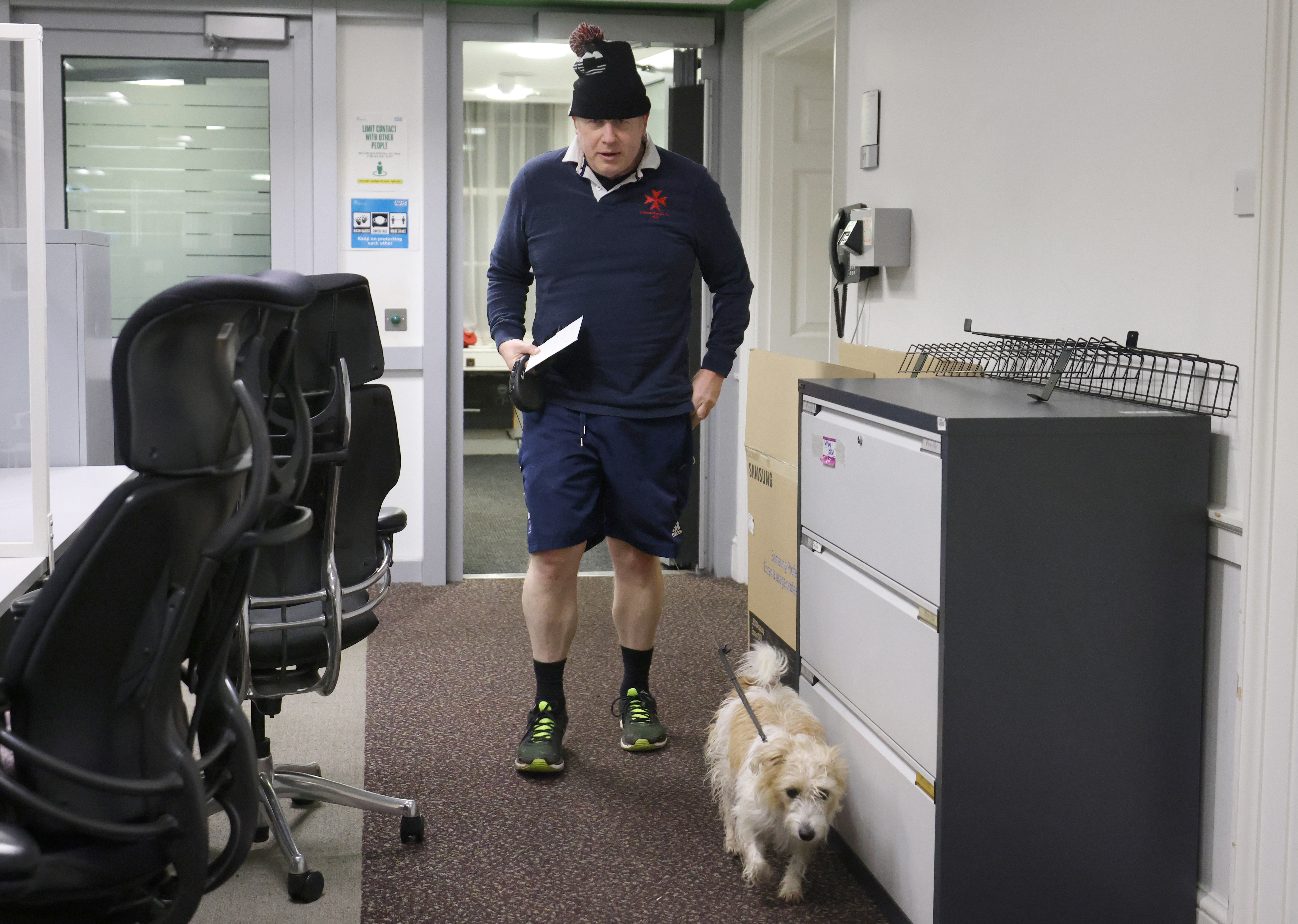 Also on view as the PM chats with a colleague are two bottles of ­alcohol-free Heineken, open boxes of Maltesers and Quality Street, a bottle of coke and a can of diet coke.

The next day, Christmas Eve, the bobble-hatted PM is shown returning with rescue dog Dilyn from a run.

The pictures were taken in the tense hours inside No10 as he ­finished EU trade deal negotiations.

Other images show him reading documents, as well as discussing developments with his advisers. 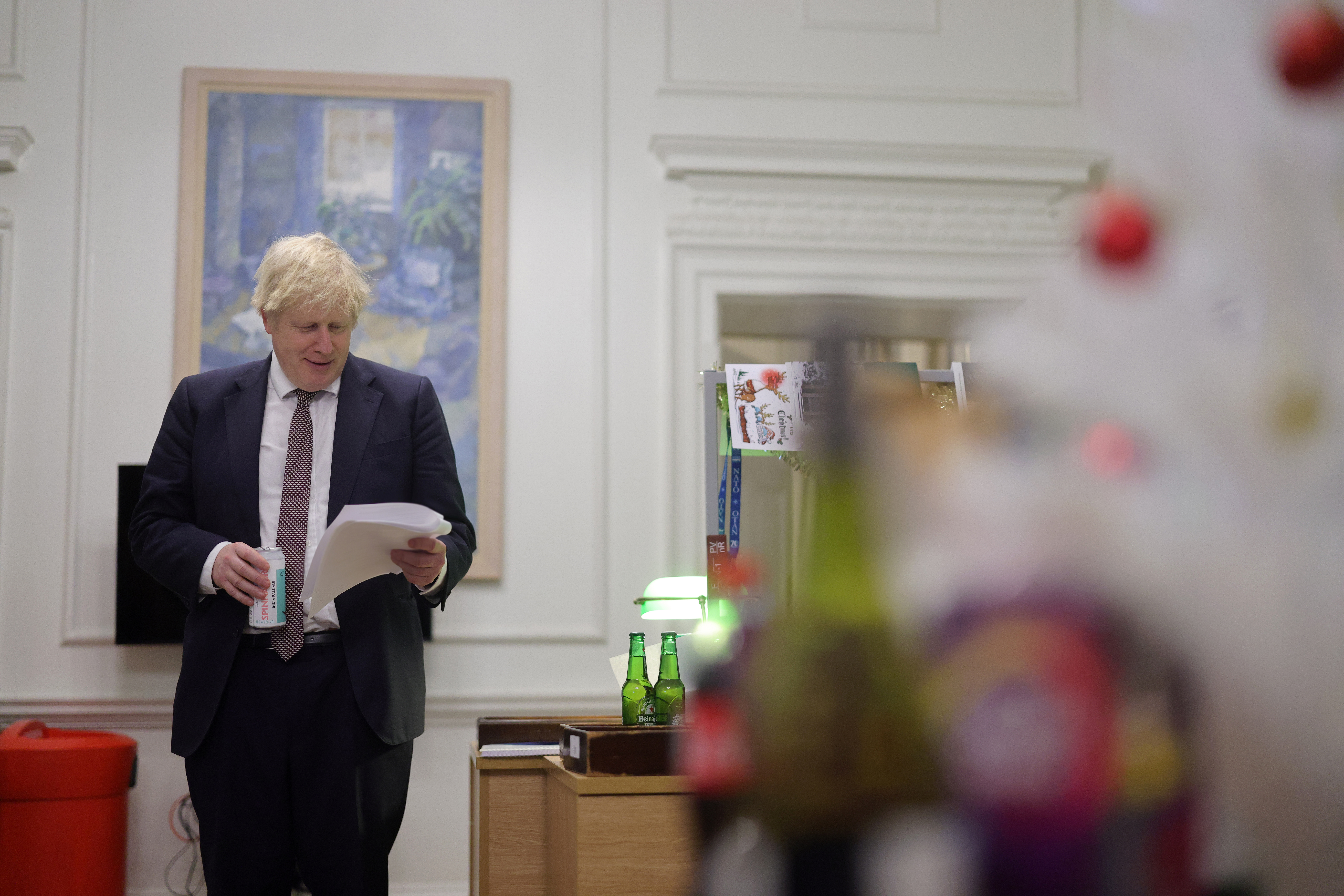 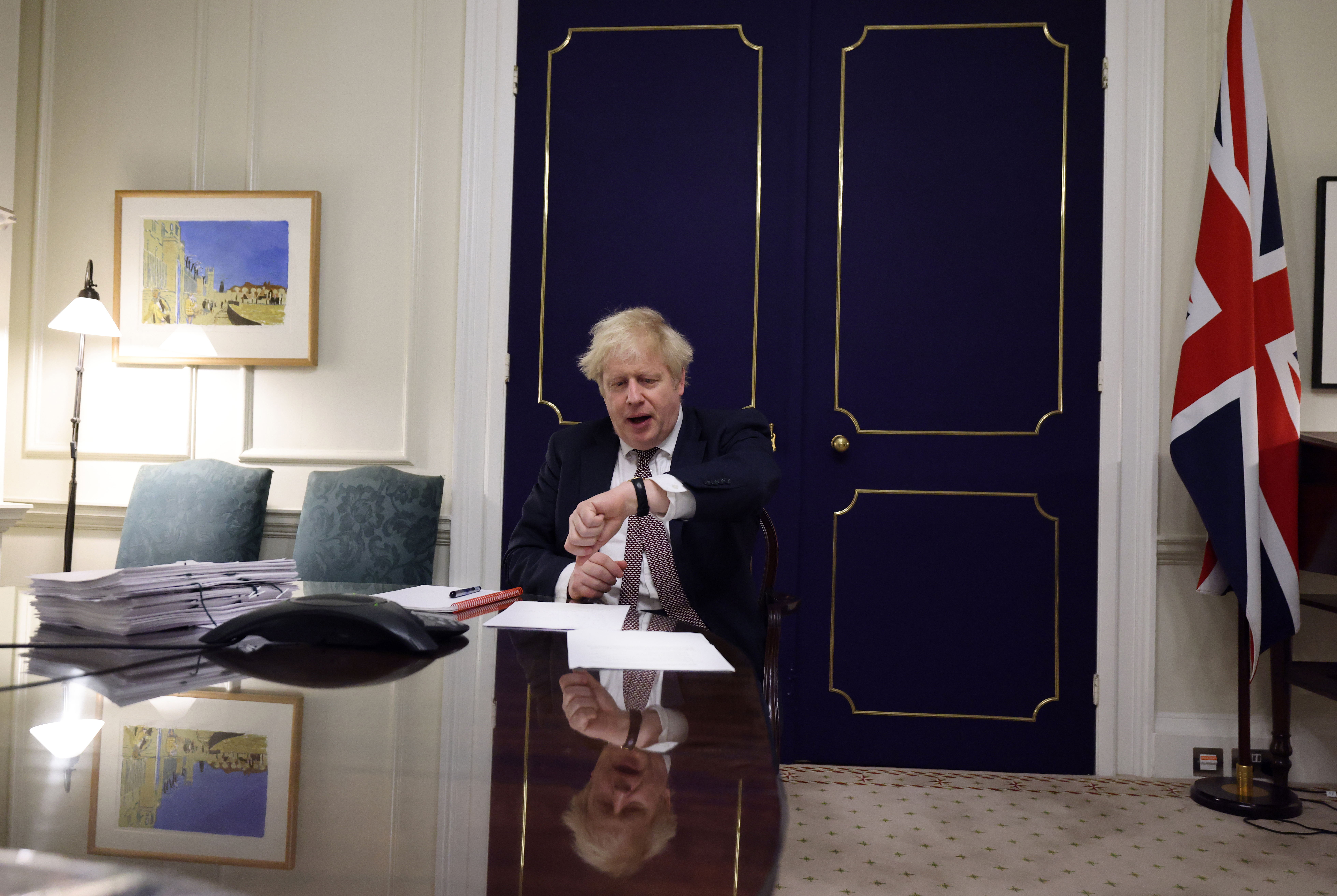 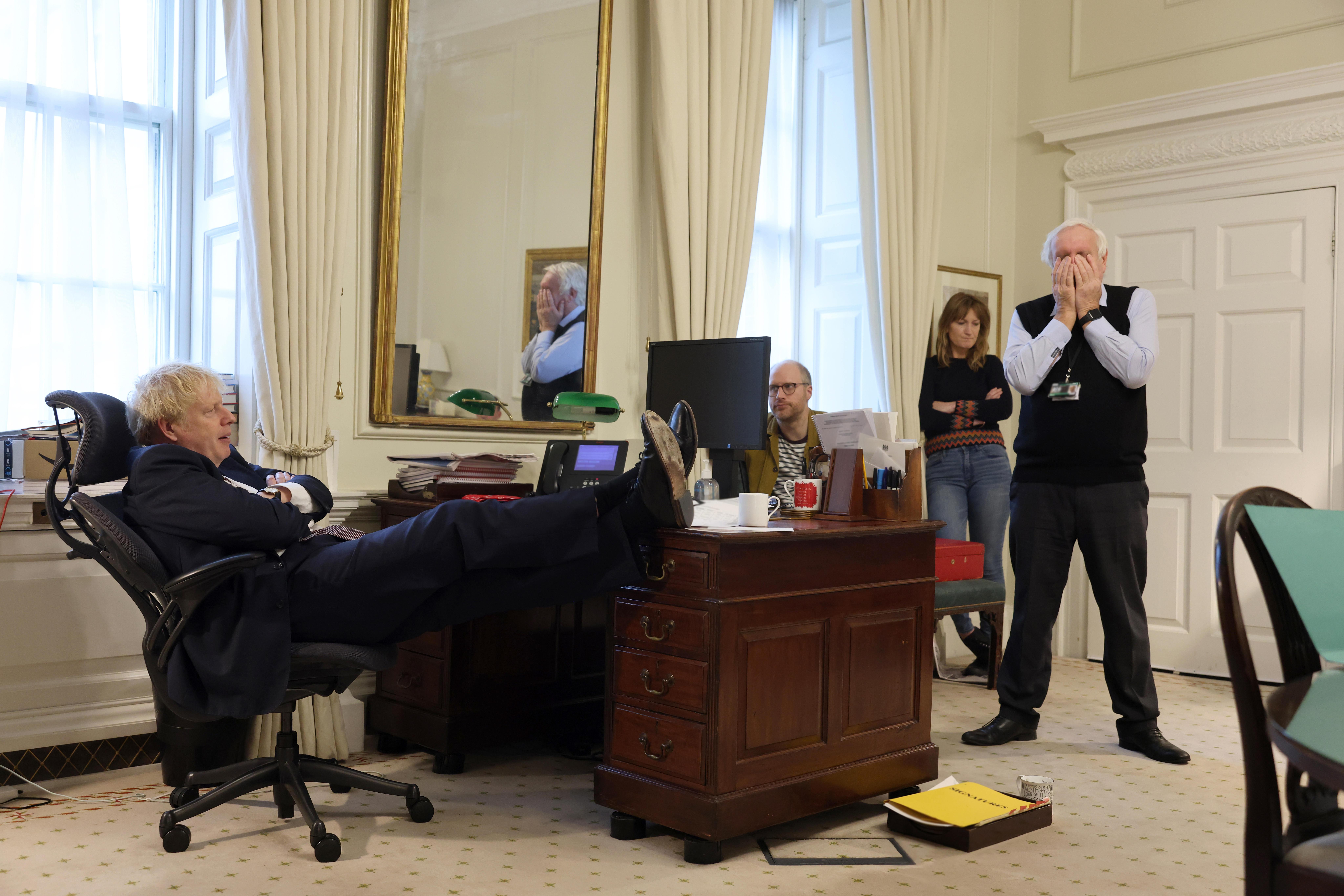 He can be seen holding a can of Spinnaker, an Indian Pale Ale, while reading an important document.

He was also with aides in his office as he sits arms folded and with his work shoes on his own desk.

Mr Johnson is pictured raising his arms in the air as he closes in on his deal with the EU. 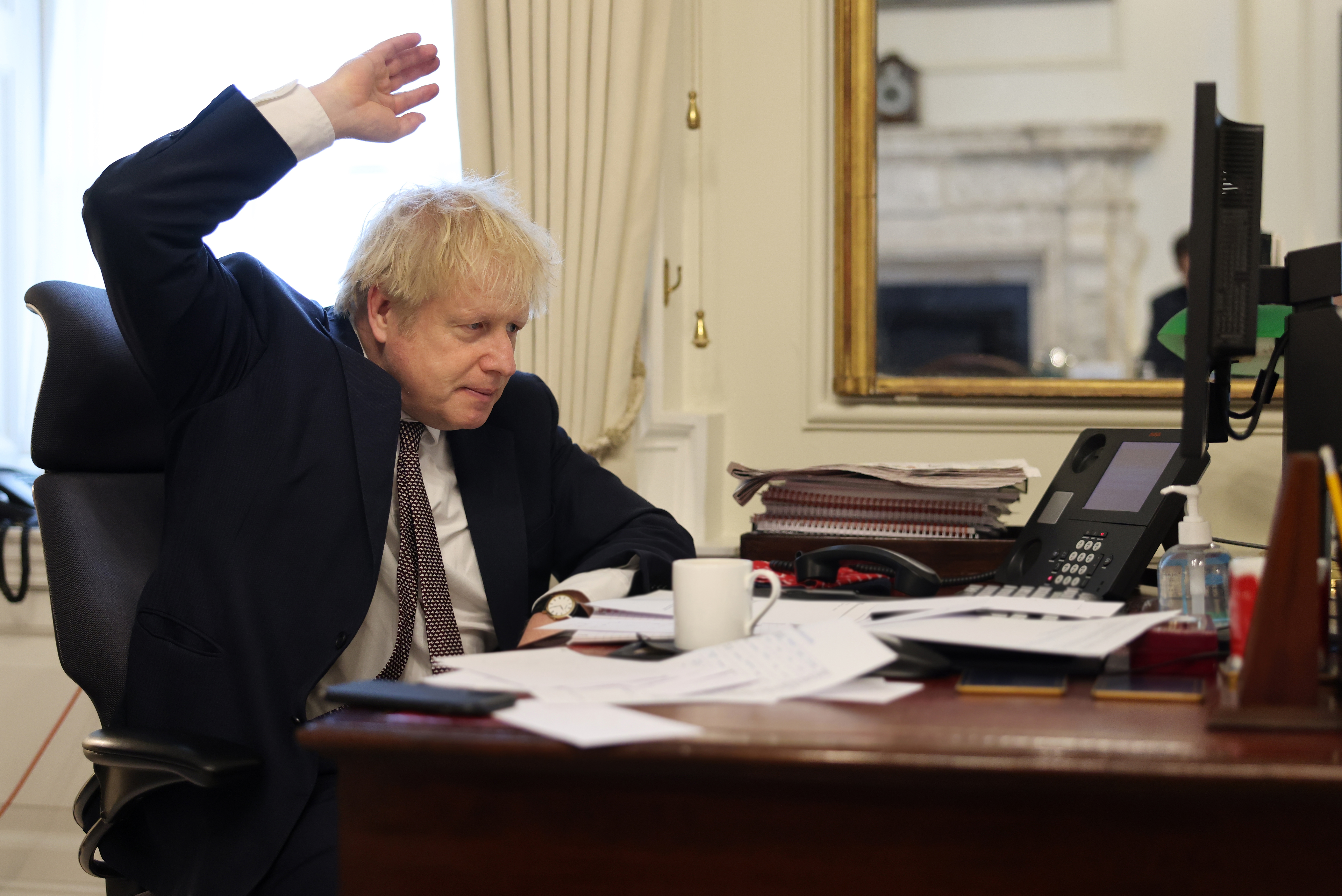 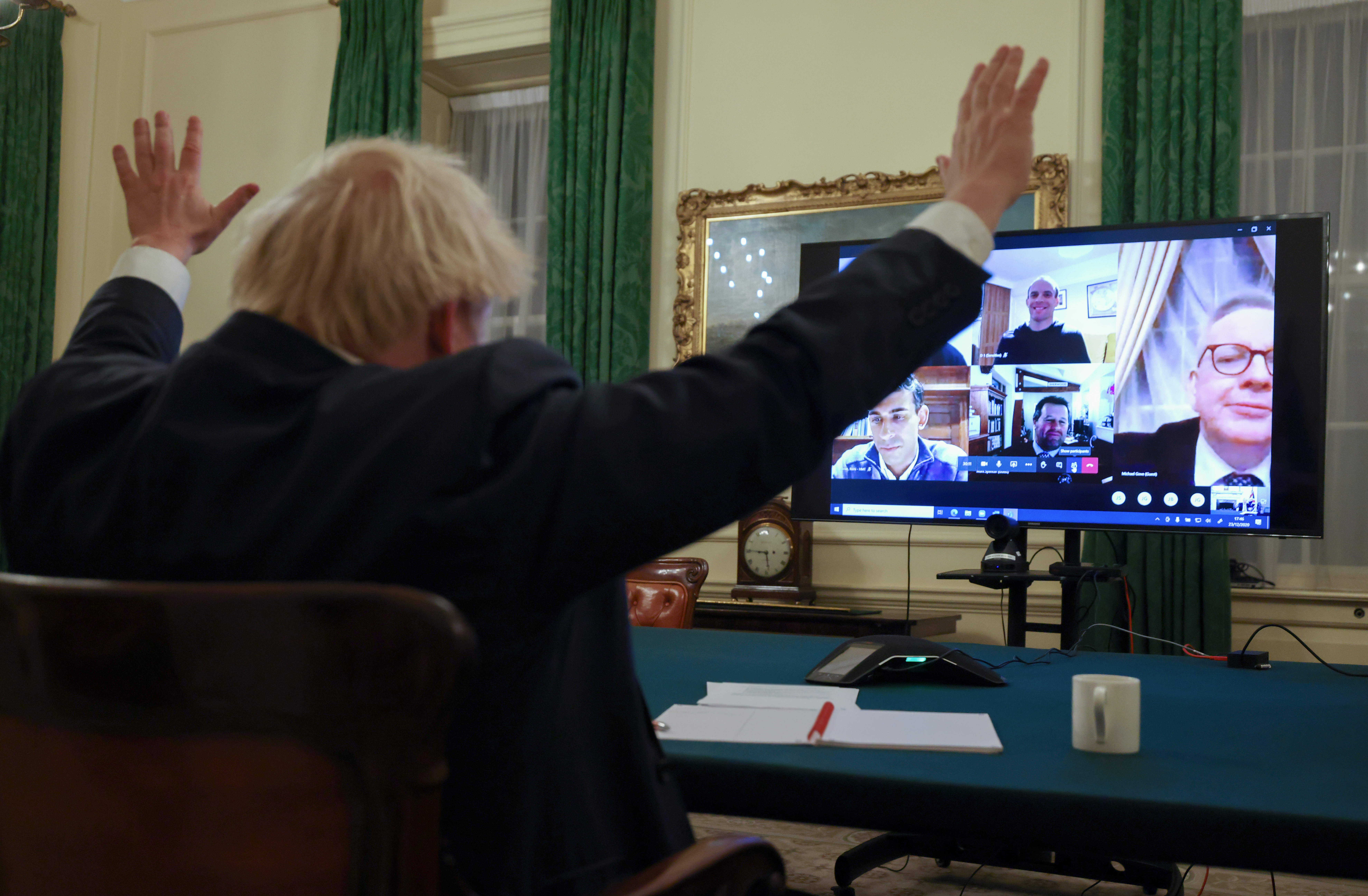