Iran has denied firing rockets at Israel – claiming the allegations were invented by Israeli politicians to justify attacks on Syria.

Qasemi also struck out at western nations for not condemning the ferocious Israeli retaliation against the Iranian military – which saw several key targets within Syria blasted by powerful missile strikes.

‘Their silence only gives the Zionist regime (Israel) the green light for further aggressions that serve only to make the region more insecure and unstable,’ he said.

‘They are a violation of Syria’s national sovereignty and territorial integrity, and contrary to international law.’ 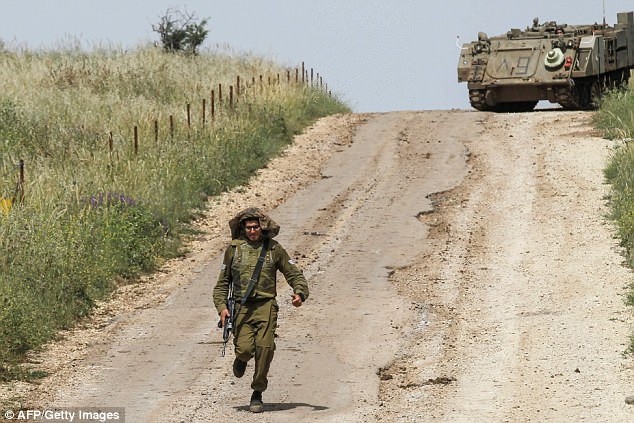 The defense committee of Iran’s parliament also said Iranian forces had nothing to do with the attacks on Israeli positions.

‘This is another lie from the Zionist regime for propaganda purposes, ‘ said committee spokesman Mohammad Nabandegani.

He also denied that Iran had any military forces in Syria at all.

Israel announced early on Thursday that its forces had hit ‘almost all’ Iranian infrastructure sites in Syria during airstrikes carried out in retaliation for Iran’s firing of 20 rockets into the Israeli-occupied Golan Heights.

Netanyahu said that Iran had ‘crossed a red line’ with the rocket attacks.

The attacks were some of the worst direct violence between arch rivals Israel and Iran in years and have raised fears of a wider conflict in the region.

Israel has long expressed concern that Iran could establish a military presence in Syria amid the instability caused by Syria’s long-running civil war.

UN Secretary-General Antonio Guterres echoed fears of further escalation in a tweet in which he called for an end to ‘all hostile acts and any provocative actions.’ 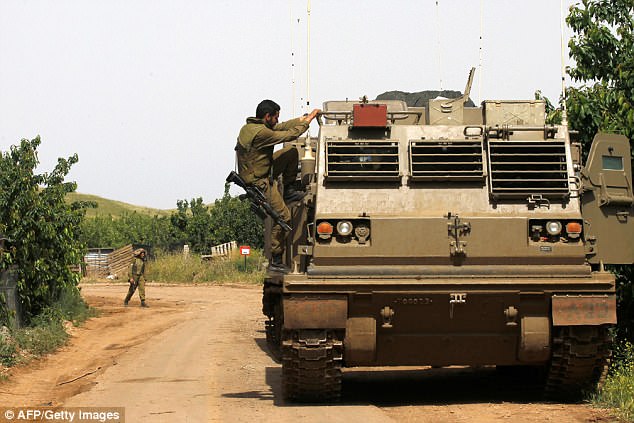 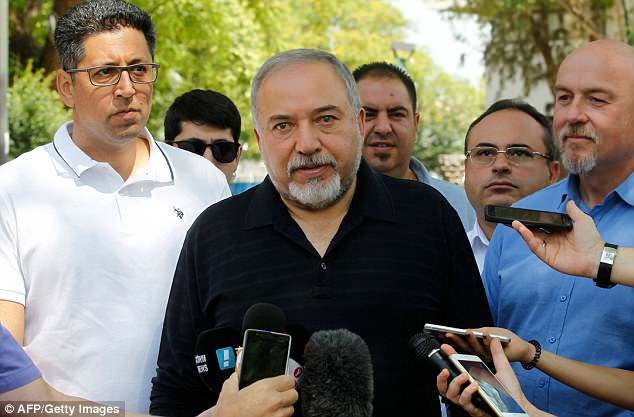 Syrian war could escalate into World War Three, Assad warns, saying a direct conflict between Russia and the US could spiral out of control

Syrian President Bashar al-Assad has said he fears the country’s civil war could erupt into a full-scale global conflict.

He argued that US intervention to help the rebels, as well as the Russian backing of government forces, could lead to direct conflict between the superpowers.

President Assad warned the conflict had already gone beyond a ‘Cold War’ but said he hoped it would not escalate any further.

‘I hope we don’t see any direct conflict between these superpowers, because this is where things are going to be out of control for the rest of the world,’ Assad said in the interview with Greek newspaper Kathimerini.

‘It’s something more than a cold war, but less than a full-blown war.’ 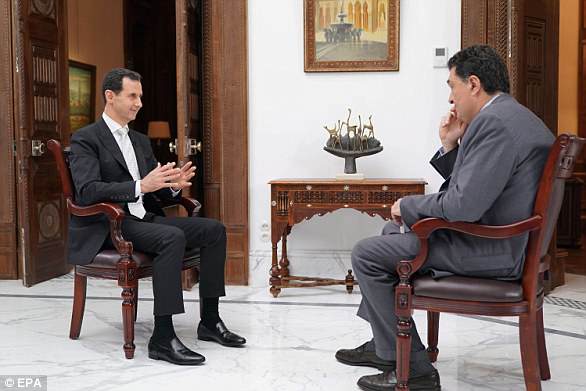 The President also took the opportunity to praise his Russian backers – saying that if a world war was avoided it would be ‘because of the wisdom of the Russians’ rather than President Trump.

‘Since Trump’s campaign, the main agenda was against Russia, create a conflict with Russia, humiliate Russia, undermine Russia, and so on,’ he added.

‘Fortunately, you have a wise leadership in Russia, and they know that the agenda of the deep state in the United States is to create a conflict.’

Since Donald Trump’s decision to back out of the Iran nuclear deal on Wednesday, there have been a number of skirmishes between rival Middle Eastern forces using Syria as a battleground.

Syrian-allied Iranian militants stationed in the country fired around 20 missiles across the border towards Israel’s Golan Heights on Thursday.

And US-backed Israeli Prime Minister Benjamin Netanyahu responded with a strike on ‘almost all’ of Iran’s military bases in Syria.

Assad warned that the Western backing of Syrian factions has led to a complication of the civil war which could lead to the conflict spilling over into neighbouring countries and dragging in more and more nations. 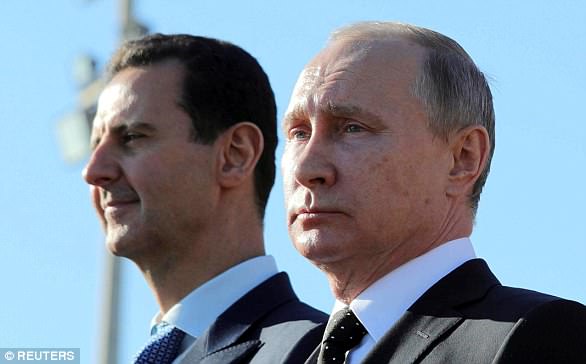 Assad used the opportunity to praise his Russian allies, saying the resolve of President Putin (right) would hopefully quell the possibility of the war’s escalation

‘The Turkish, French, whoever, they are all enemies; as long as they came to Syria illegally, they are our enemies,’ Assad added.

‘Forget about the different factions and who is going to finance those factions; at the end of the day, they work for one agenda, and those different players obey one master: the American master.’

On the question of chemical weapons, Assad said his country complied with UN resolutions and handed over its stockpiles to international authorities.

‘We don’t have a chemical arsenal since we gave it up in 2013,’ said Assad. ‘The (Organization for the Prohibition of Chemical Weapons) made investigations about this, and it’s clear that we don’t have them.’

Last month, at least 49 people were killed and dozens more injured in an alleged chemical weapons attack. The US and other Western countries accused the Syrian regime of staging the assault.

But Assad refused to accept responsibility for the attack in rebel-held Douma, saying: ‘It’s a farce, it’s a play. It’s a very primitive play just to attack the Syrian army.’