A TEN-YEAR-OLD boy sits cross legged on the floor as he proudly shows off his "new toy".

It isn't the latest Lego set though. He is assembling a suicide belt. 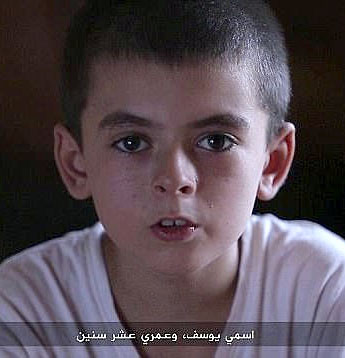 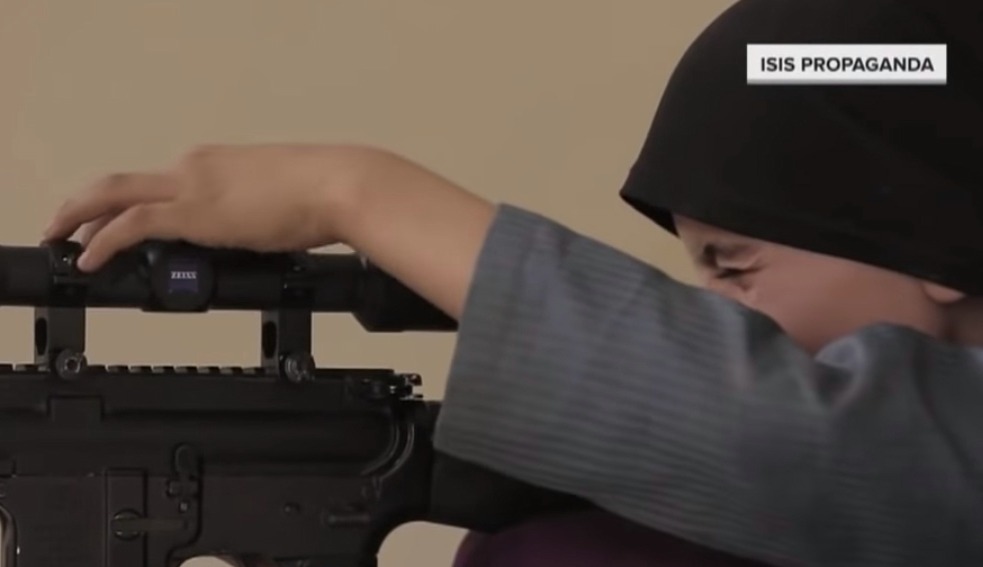 After reeling off what it contains, he goes through a chilling role play of how he would greet any potential American rescuers before killing them by detonating the explosives.

"And as soon as the helicopter comes on the ground, I'm going to pull my pin…"

The deeply disturbing video, taken in the war-torn Syrian city of Raqqa, the self-declared capital of the Islamic State group, is just one of many to feature in a new Panorama documentary airing tonight. 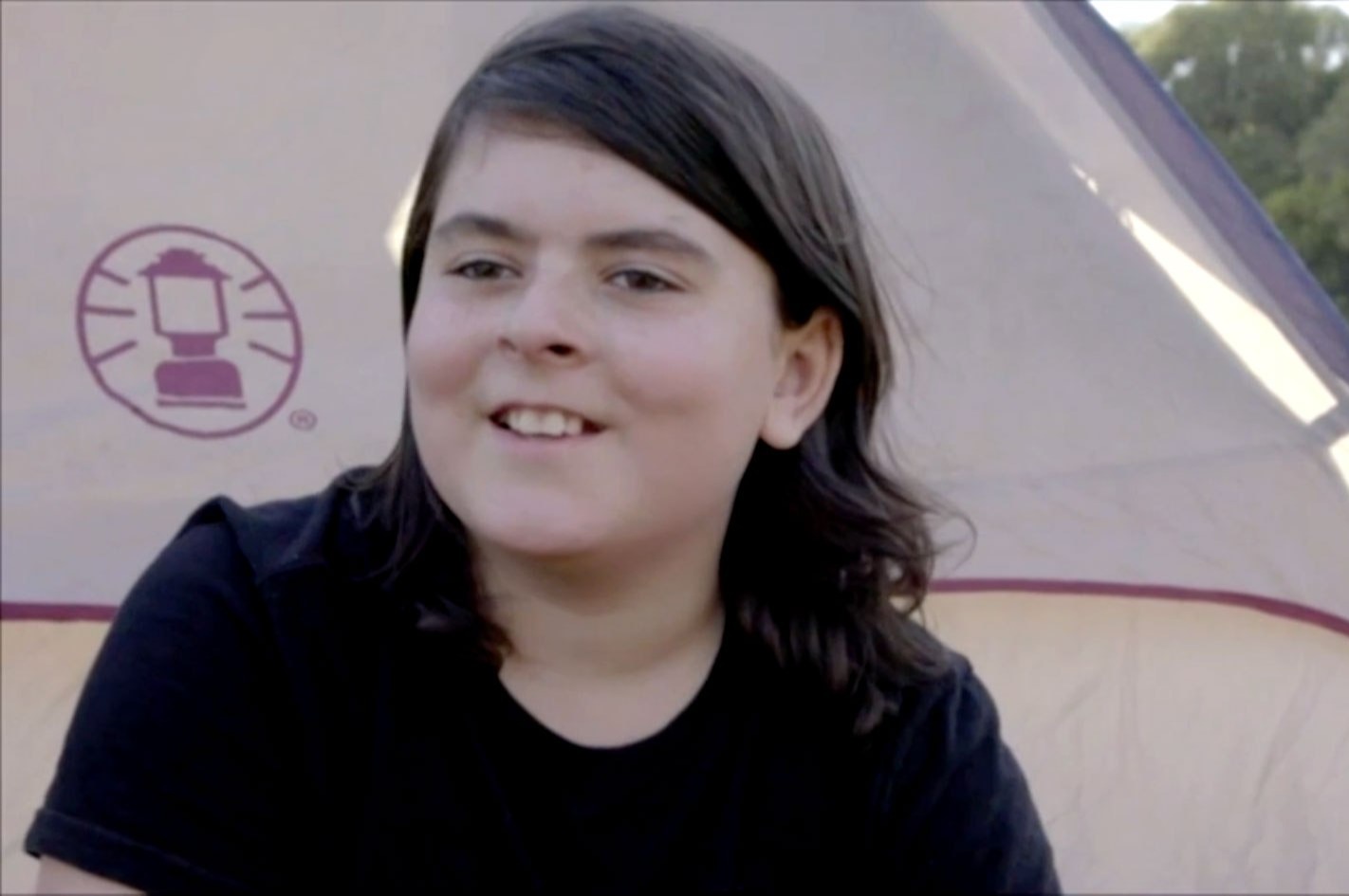 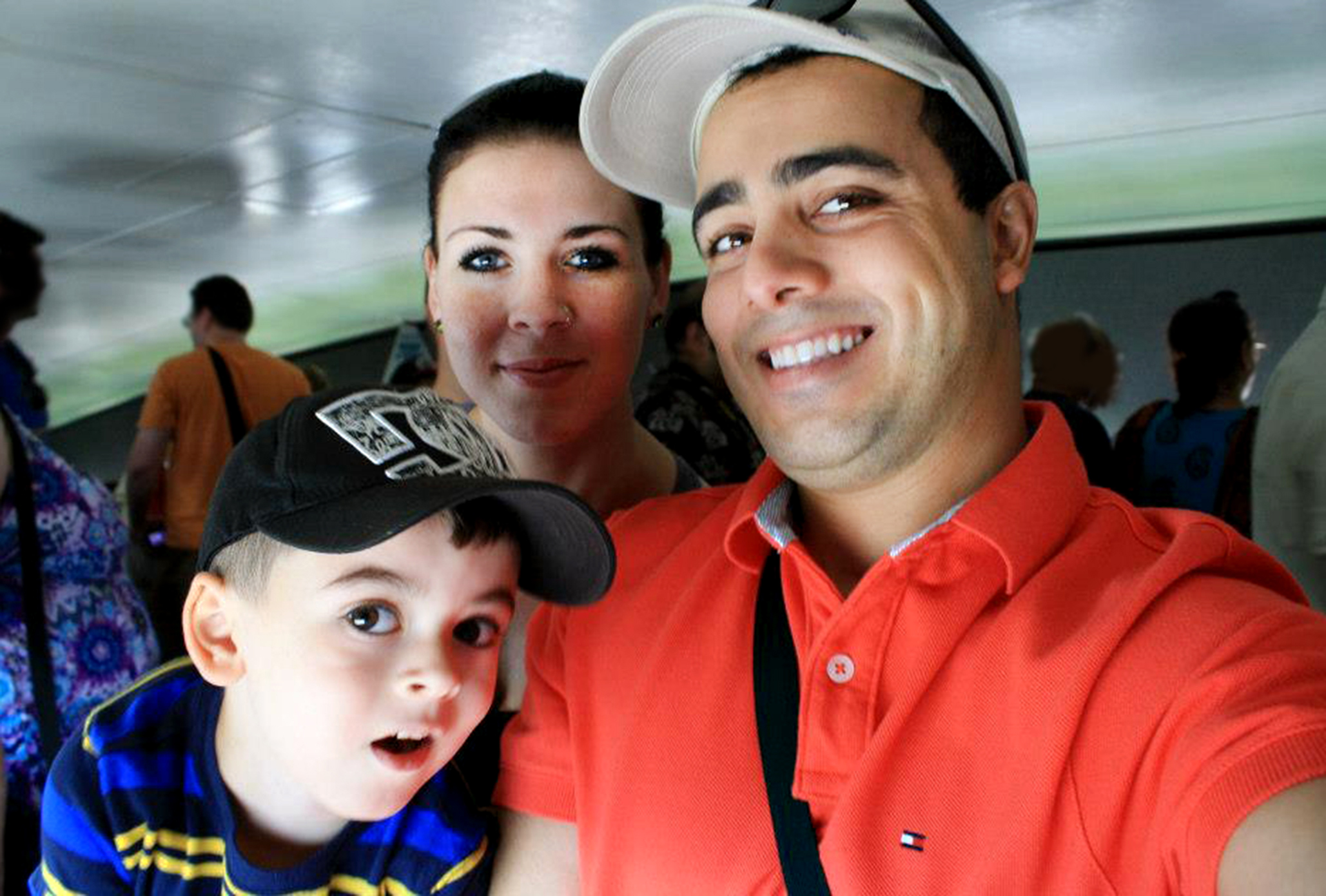 The film investigates the extraordinary story of Matthew who is taken by his mother Samantha Sally and step-father Moussa Elhassani from their home in small town America into the heart of the Islamic State.

In another video, Matthew is challenged by his ISIS sniper step-father to take apart a loaded AK-47 in “less than a minute”.

The videos were the start of journalist Josh Baker’s four-year investigation to find out how Matthew and his family had ended up at the heart of the ISIS caliphate.

The documentary follows him as he travels to Raqqa’s infamous torture prison and rural America in a bid to unravel the truth. 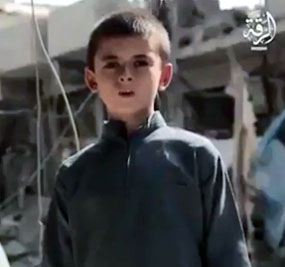 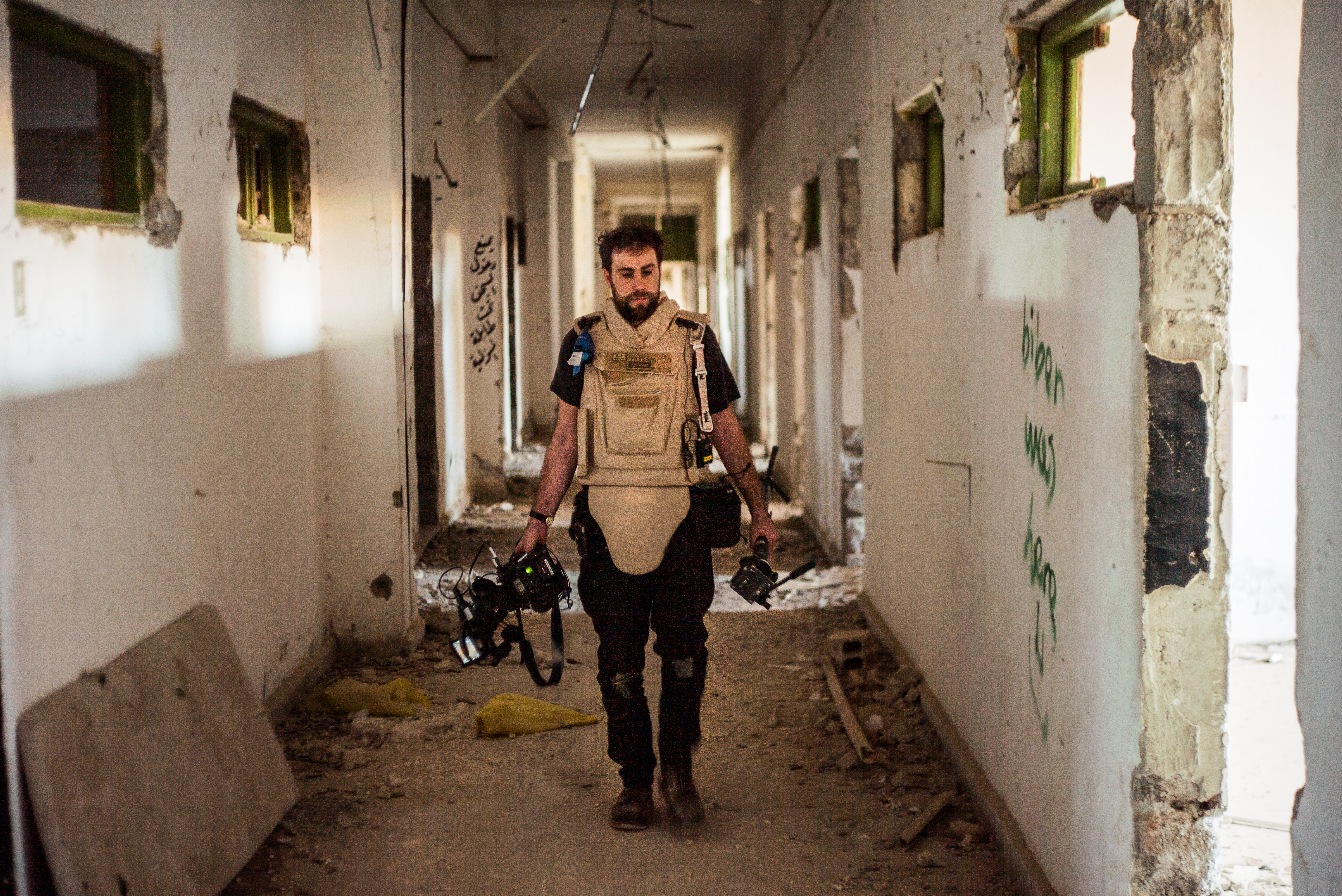 It was April 2015, when an eight-year-old Matthew arrived in Syria after his family crossed into ISIS territory from the Turkish border.

Speaking about his ordeal for the first time, he recalls: “We ran across an area that was very dark. It was at night, there was a lot of random spots of barbed wire… There wasn't much going through my head except, 'I need to run.'"

Speaking to filmmaker Josh from a Kurdish detention camp in Syria in late 2017, his mum Sally claims she was tricked by her husband into making the journey and she was unaware of what he was planning.

The couple met in 2012 before marrying a year later and going on to have a daughter.

She claims Elhassani, who is from a wealthy Morrocan family, was a doting dad and stepdad to Matthew, showering them with gifts, including giving her a BMW. 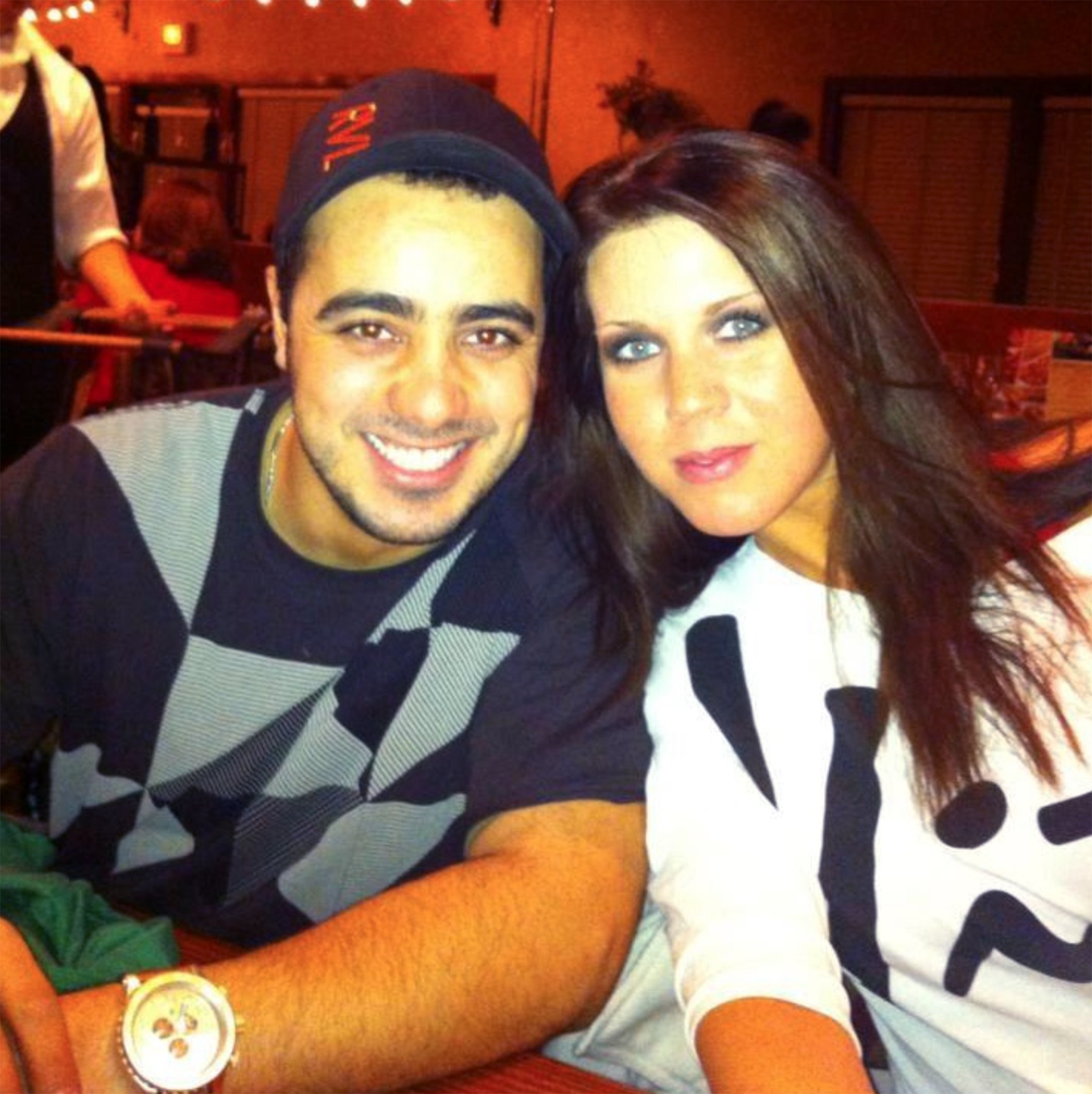 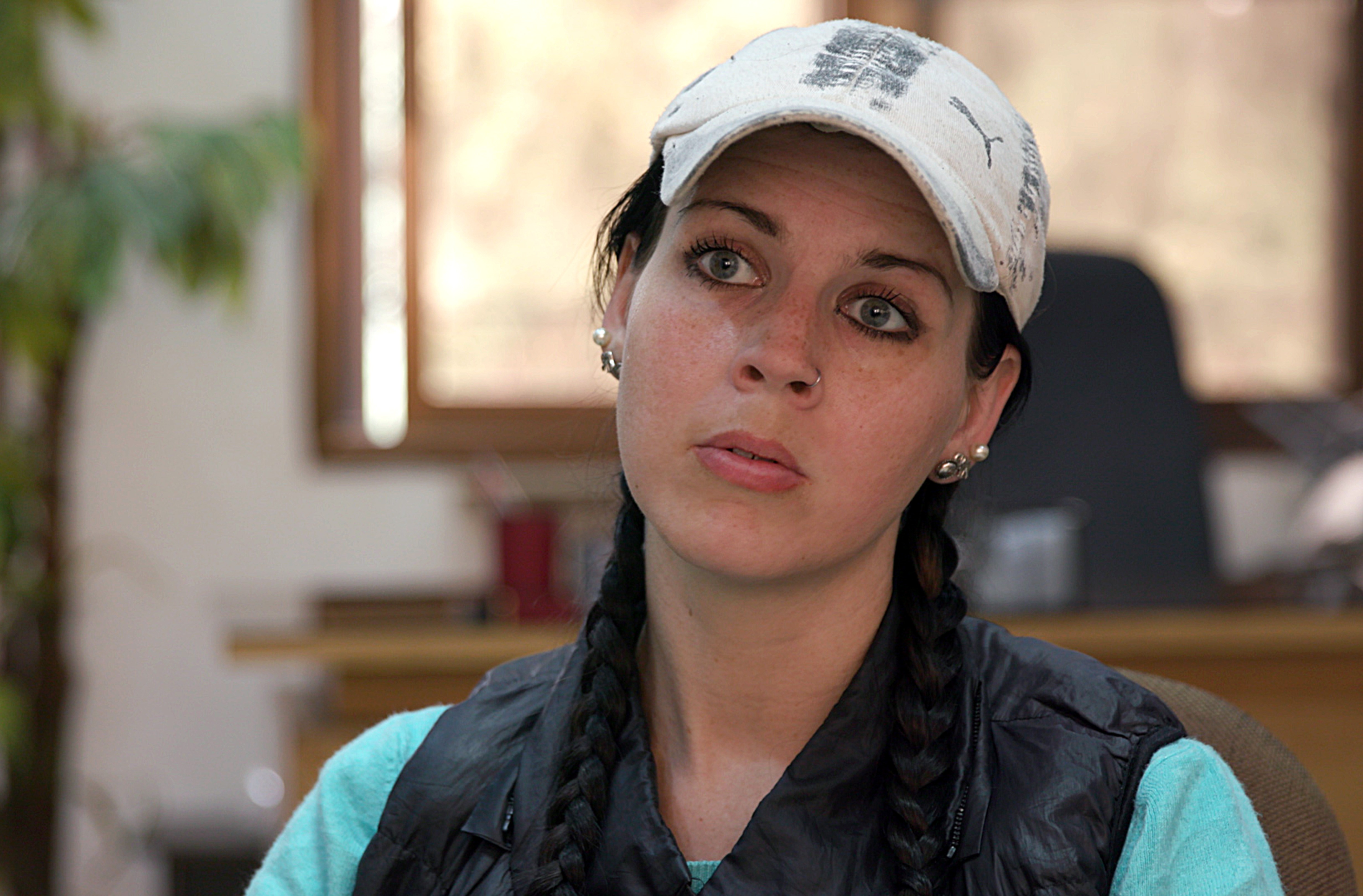 But they decided to up sticks after Sally says Elhassani, who moved to America in the 90s, later became “bored” with their life in Indiana.

The pair sold all their belongings and left with tens of thousands of dollars in cash and gold.

But, after a layover in Istanbul, they didn’t fly out to Morocco as planned but instead they took an 800-mile trip to the Turkish city of Şanlıurfa, close to the Syrian border.

I assumed I was being lied to. In my bag I had all of my cash, all of my jewellery, all of our passports

Sally says: "I didn't know what was happening.

"I assumed I was being lied to. In my bag I had all of my cash, all of my jewellery, all of our passports…" 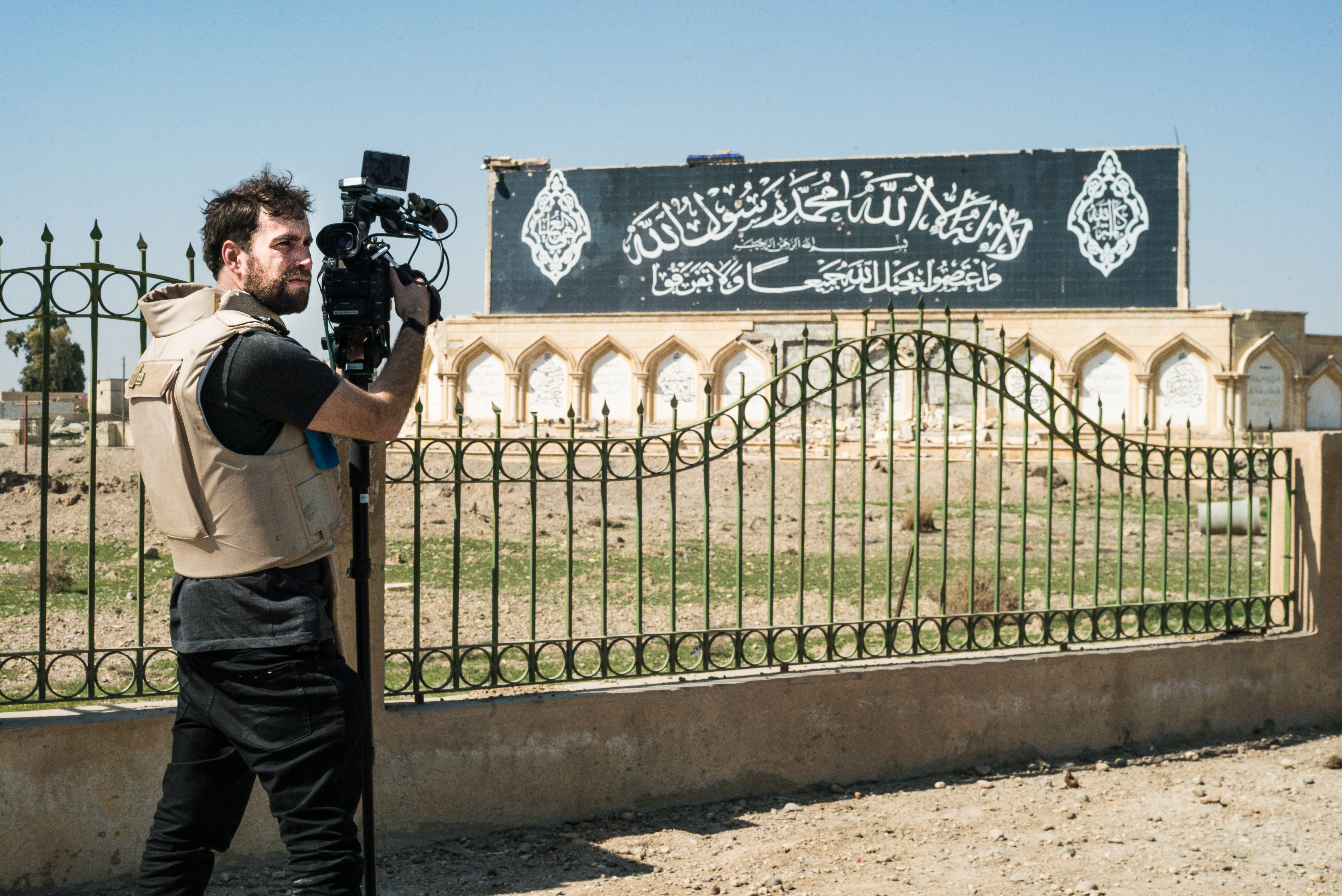 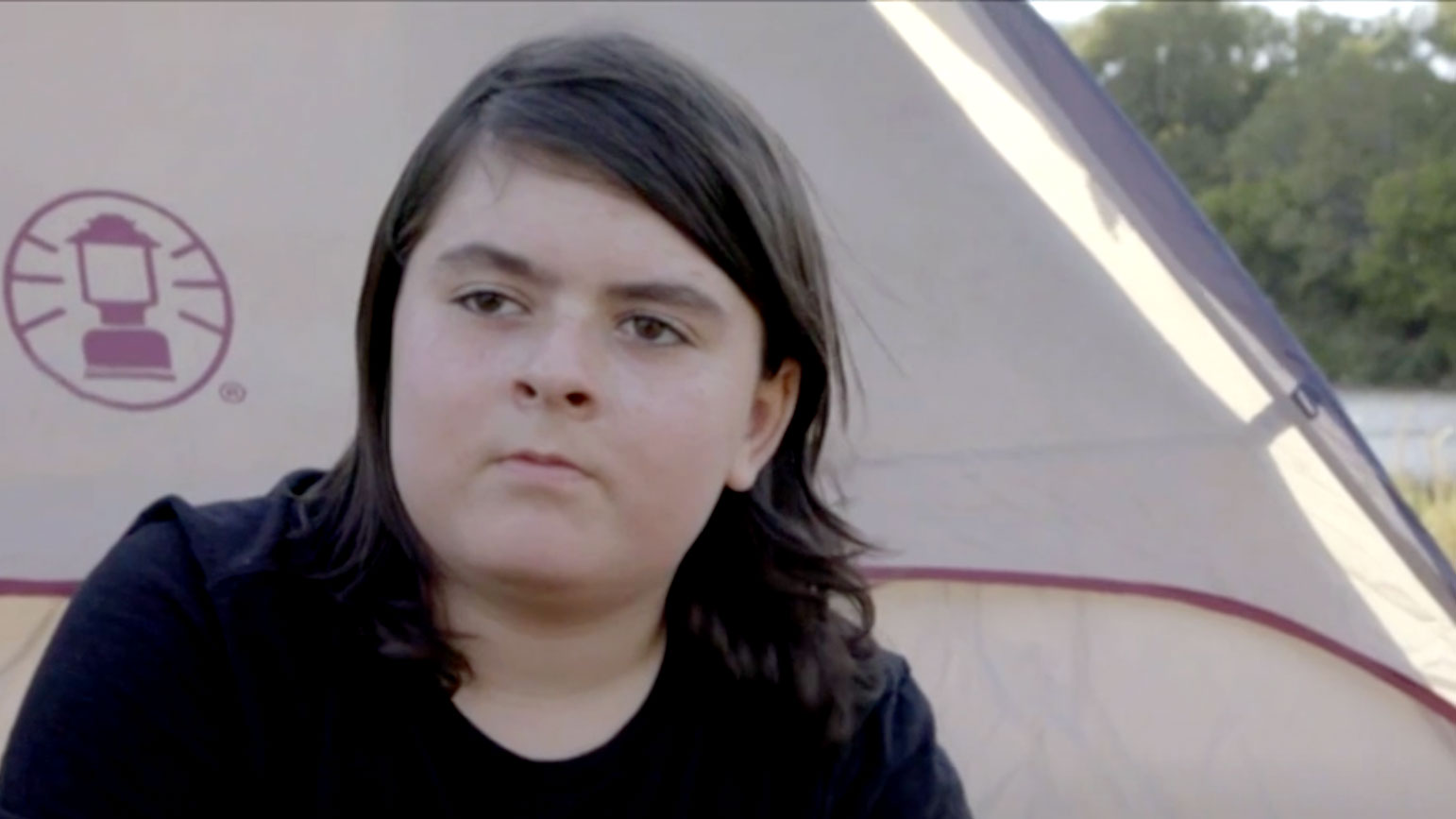 She claims he tricked her into crossing the border by taking her bag and their daughter.

Sally says: "He knows I'm going to follow him. What am I going to do? I see my husband cross through a fence. My heart is beating so fast. I know what is happening now."

Laughing at her naivety, she adds: "I think, 'Ok I'll just take my bag and my kid and walk back across to the other side again. You know, it's just that simple.'

"But it wasn't that simple."

In Raqqa, Elhassani was sent for military training and became an ISIS sniper.

Speaking for the first time about his ordeal, Matthew recalls: "When we were first in Raqqa, we were in the city parts. It was pretty noisy, gunshots normally.

"Once in a while a random explosion, like far away, though. So we didn't have too much to worry about." 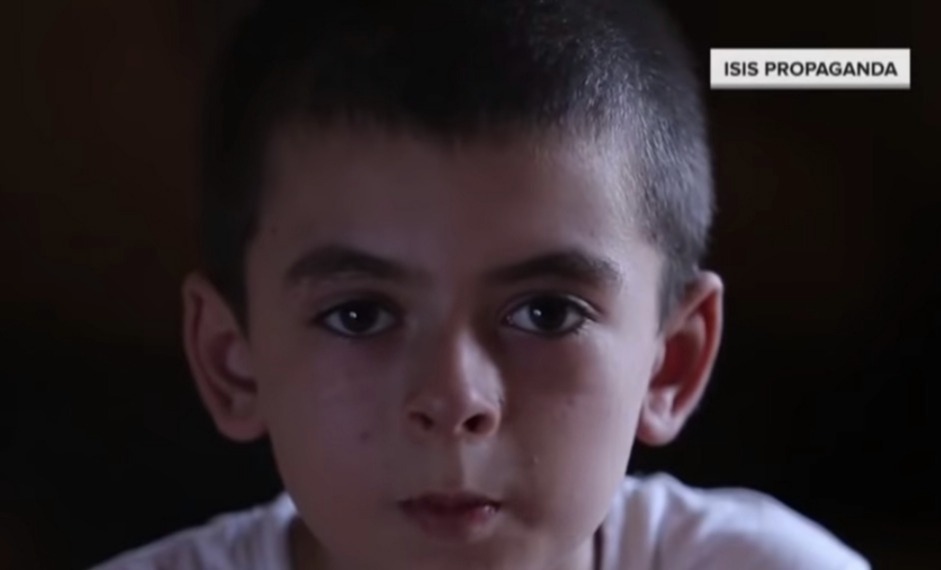 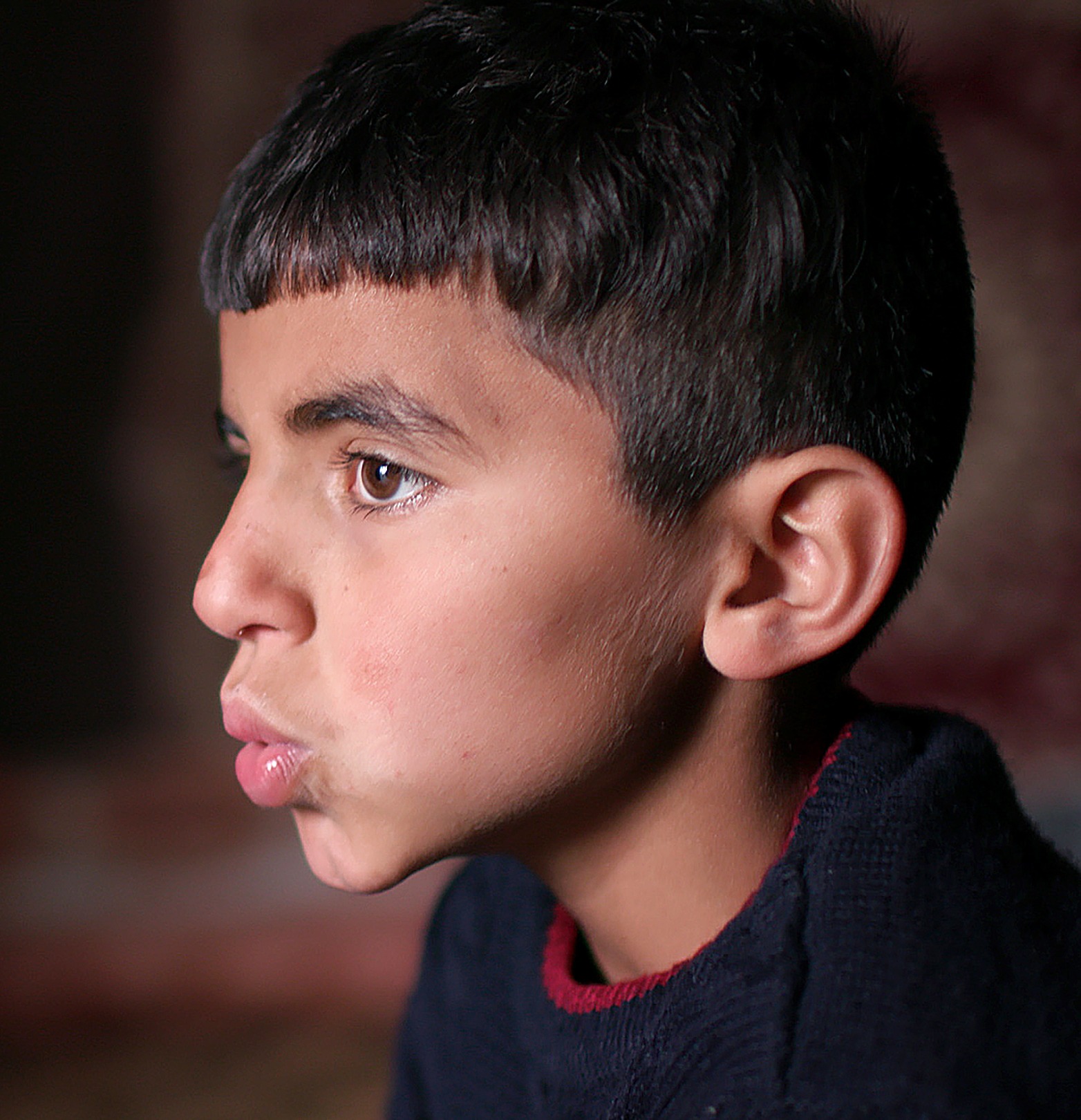 From escape plans to torture prison

A few months later, Sally fell pregnant and came up with a plan to escape but in the winter 2015, she says ISIS found out about her plan and arrested her.

Sam says: "I ended up in a torture prison in Raqqa. They hung me up from the ceiling by my wrists. They stripped my clothes, they beat me, they electrocuted my stomach. I was at this point, seven months pregnant."

She claims she was sexually abused and told she would be executed. But two months later she was released.

Sally emailed her sister Lori in the US and attached the disturbing videos of Matthew to put pressure on her family to send money to pay for a people smuggler to help her and the children escape.

But her family didn't send money because it would have broken US laws. 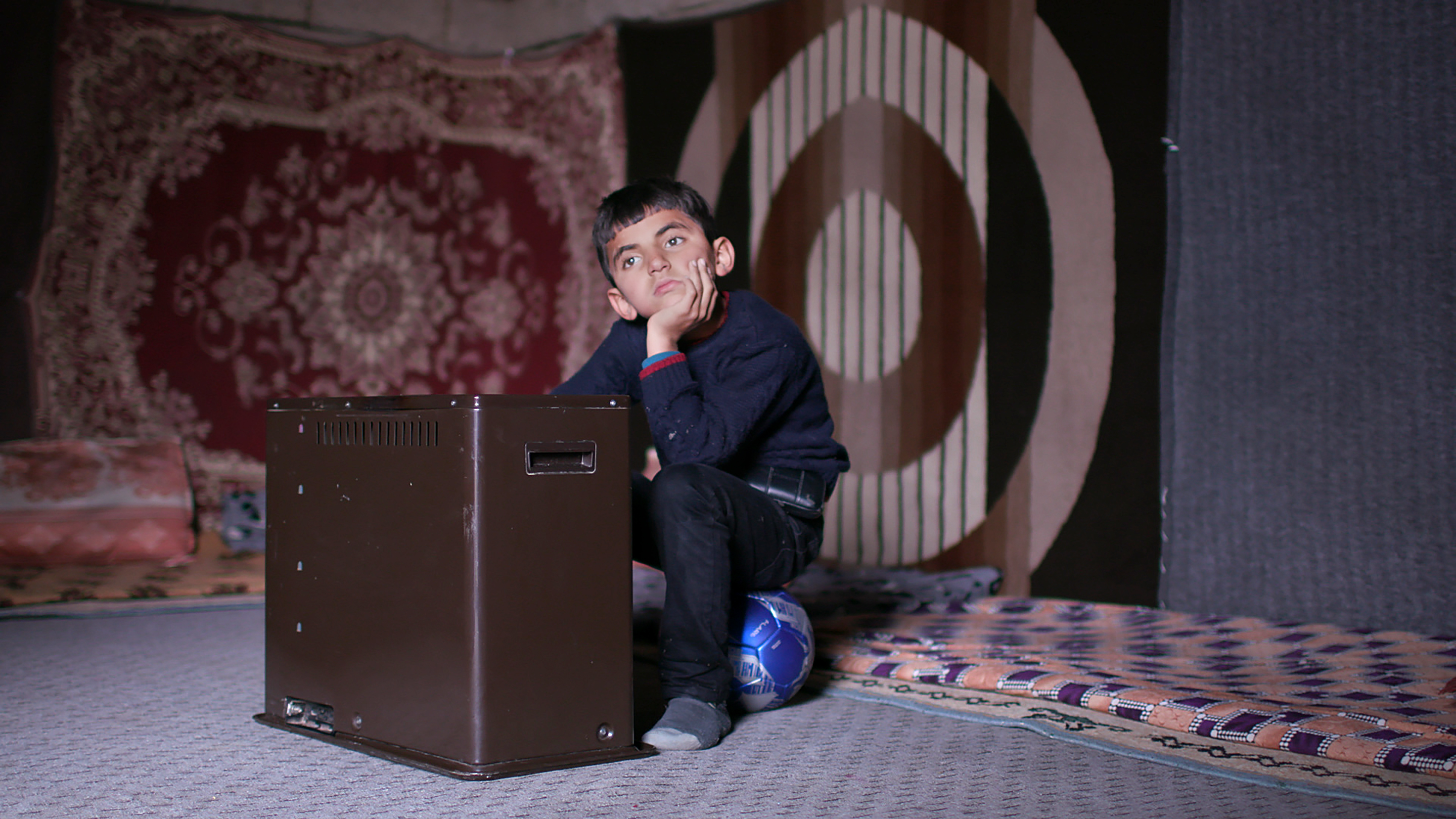 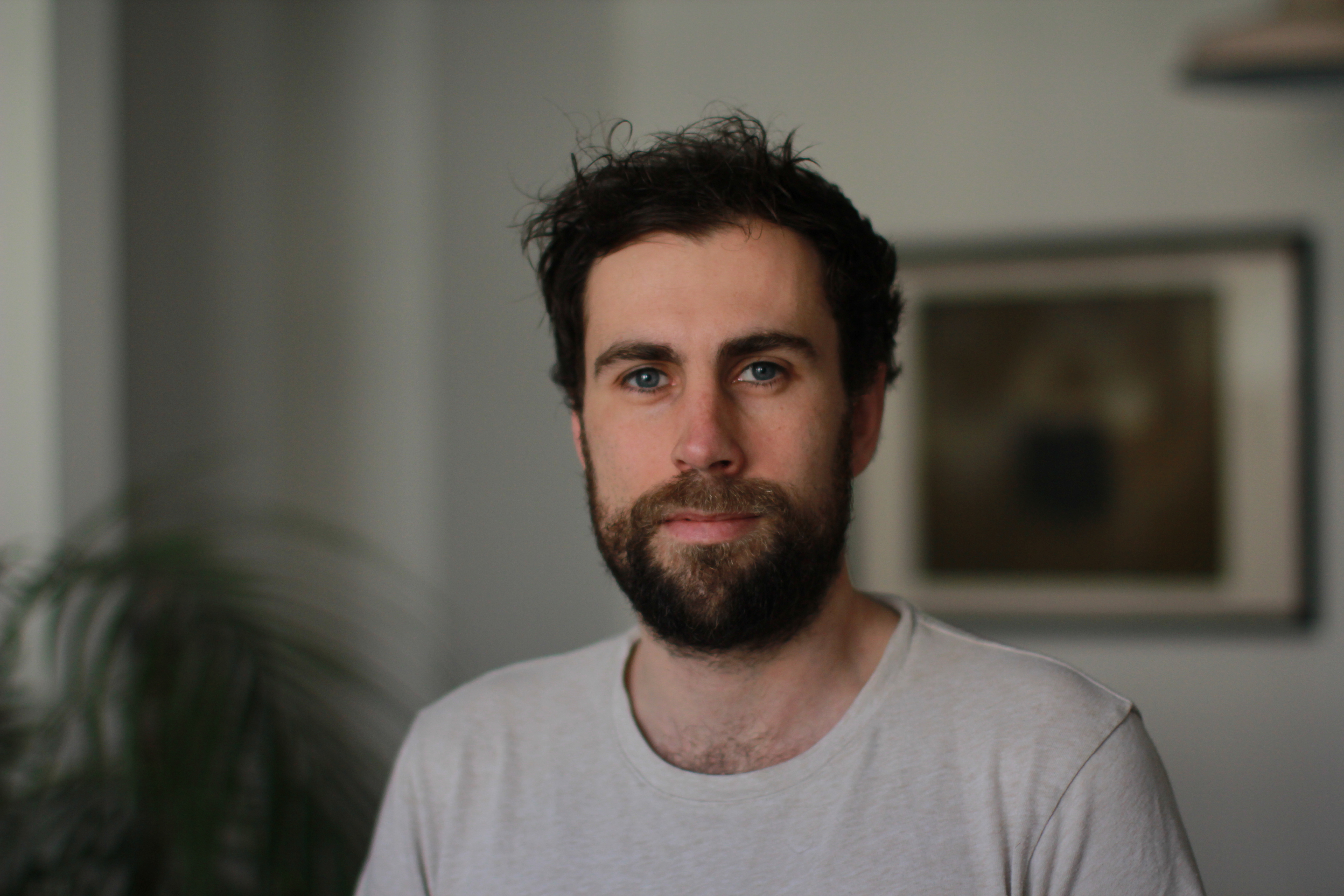 Shortly after the propaganda video was made, Elhassani was killed in a suspected airstrike.

Matthew recalls: "I was happy because I didn't like him, obviously.

"I was happy. I don't think I should have been because a person died but I was. We were all crying out of joy."

His mum adds: "He was ready to die so I was just waiting for that day. I was making the same prayer as him.

"I felt like the noose had been taken off my neck. Now I'm calling the shots. This is the beginning of the end."

By then, late October 2017, the battle for Raqqa was over and ISIS were in retreat, giving Sally and her family the chance to escape. 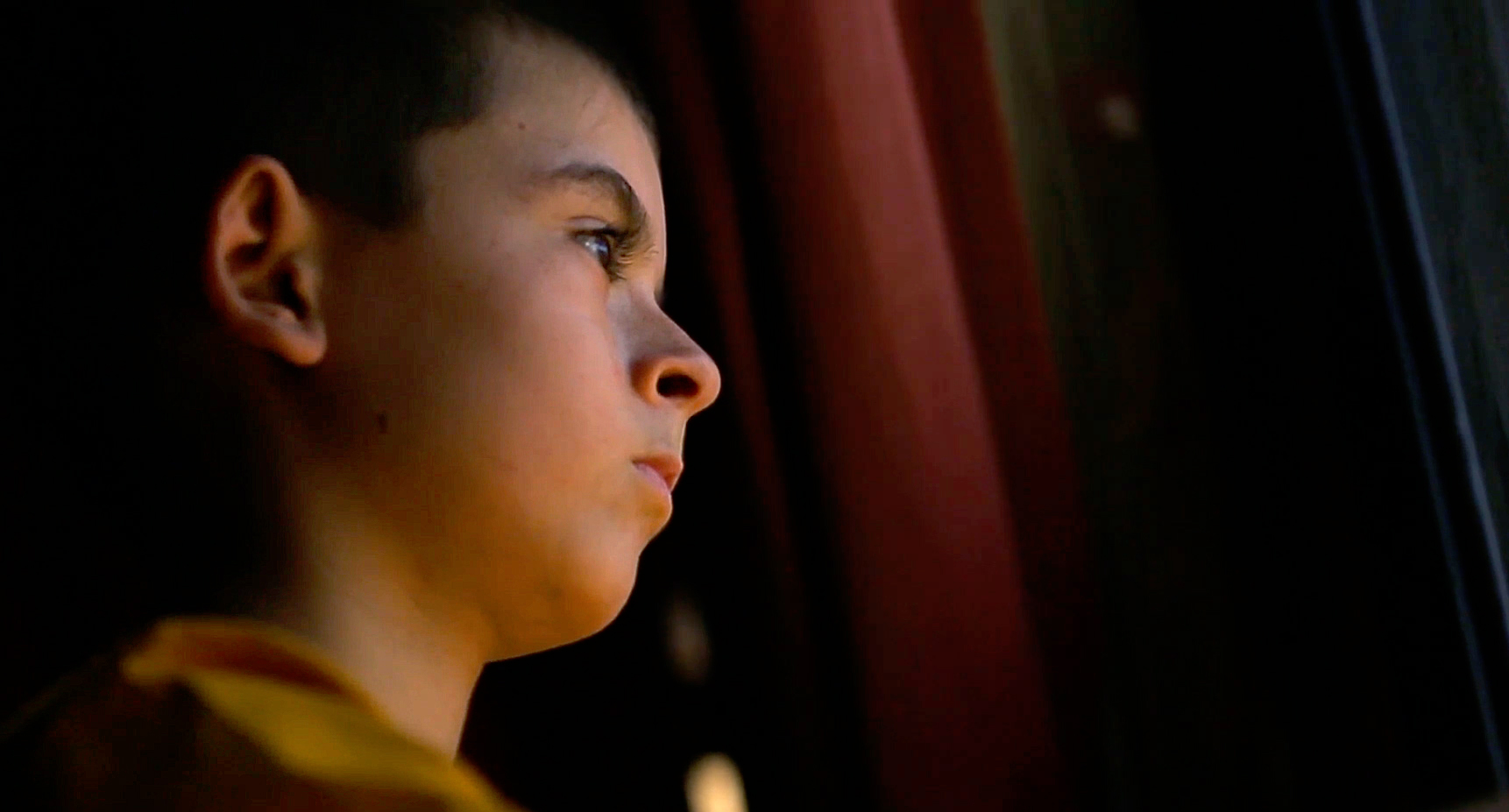 Sally paid smugglers herself to drive her and her four children out of ISIS territory hidden in a truck. After reaching Kurdish-controlled territory they were put in a detention camp, where Sally first started speaking to Panorama.

She is now in prison after pleading guilty to providing financial support to Islamic State group.

Court documents show she had helped Elhassani and his brother join Isis by moving $30,000 in cash and gold from the United States to Hong Kong.

Throughout the documentary, she paints herself as an innocent victim but filmmaker Josh discovers her family and friends tell a different story.

At her family home in rural Arkansas, where Sam was brought up a Jehovah's Witness, her truck driver father Rick says she had a great childhood but as she got older she "went off at the deep end".

He says: "It was, 'who could give her the most?' So she would be with this guy for a while and meet someone who could offer her a little more money, she'd go with that guy. 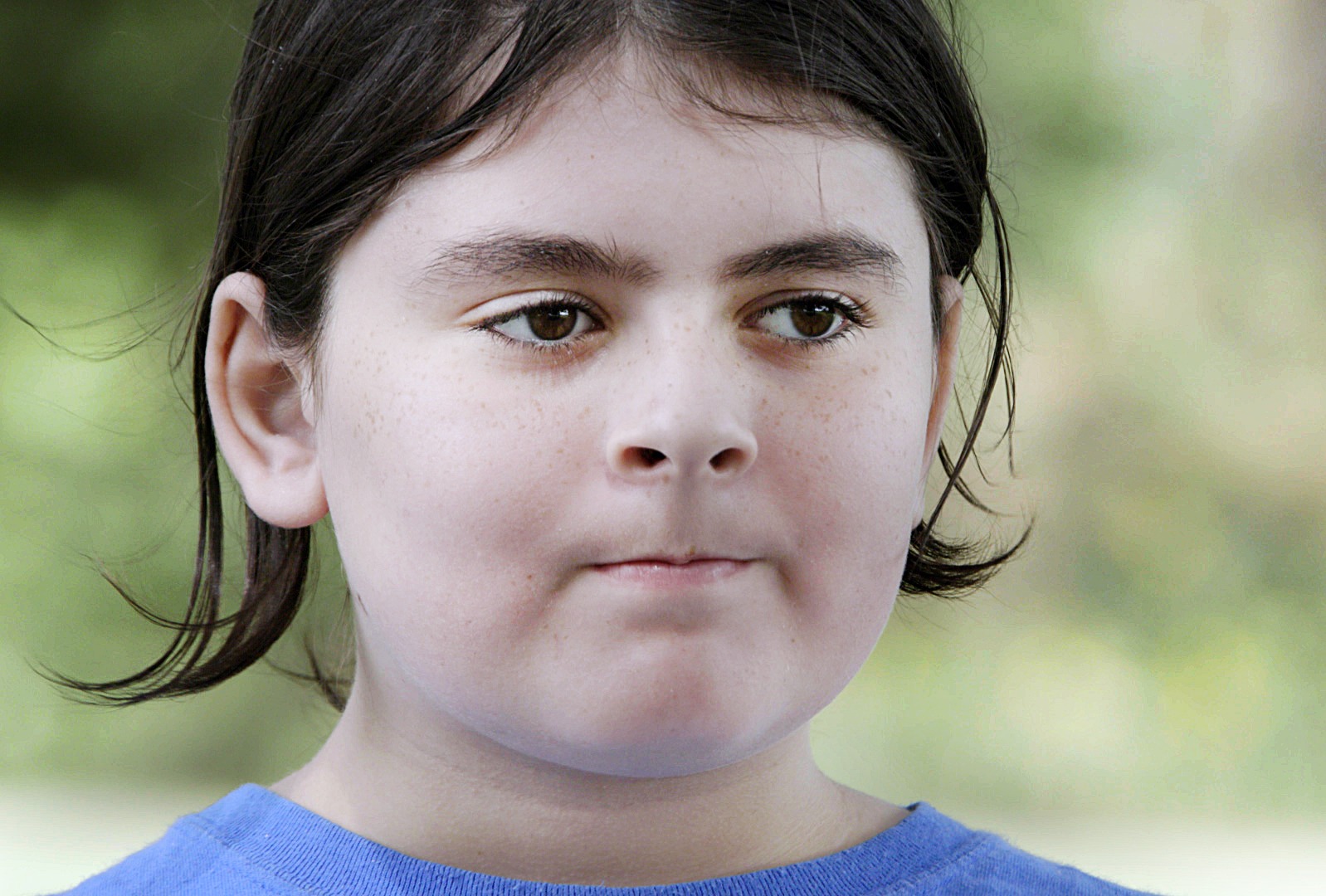 "Half the time you can't tell what the truth is and what's not the truth. You have to read between the lines."

He believes she knew where she was going and that she went to Syria “voluntarily”.

Rick adds: “I feel sorry for the children."

Her ex – Matthew's father – Juan Servantes, a former US Navy soldier, said he didn't think she was the sort of person to be tricked and that she went to Syria "for the thrill".

He adds: "It probably seemed to her something fun to do."

Sally’s two children with Elhassani now live with her parents.

Now 13, Matthew lives with his father in Idaho after being flown home by the US military in 2018. It's been two years since he was rescued from the Kurdish detention camp. 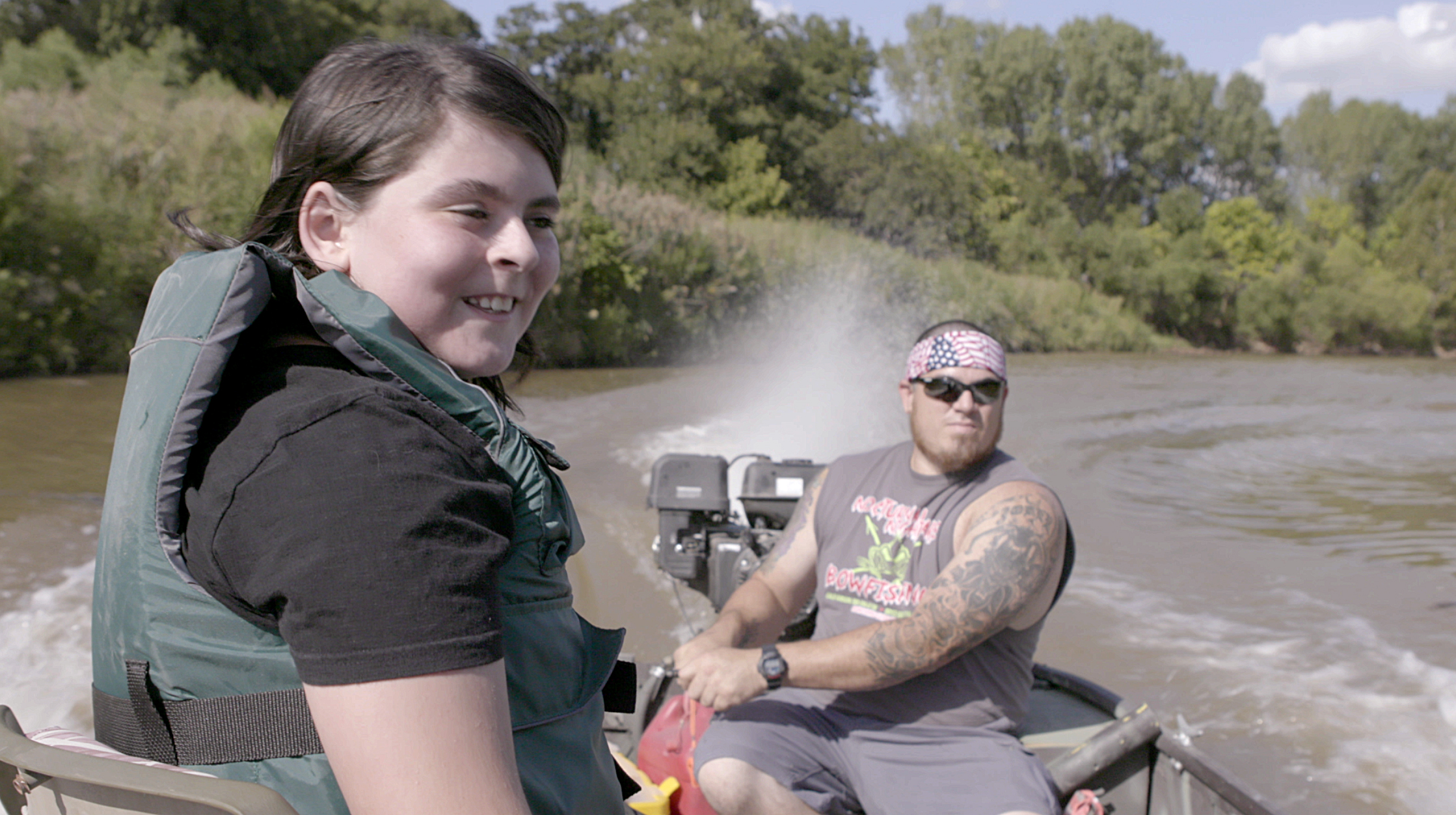 As he bravely talks about his ordeal, he admits he thought he’d never see America again.

He says: "The first day I saw my dad, I was happy, very happy.

"They always said, one day you'll be back home but it never happened. So I was like yeah, I'm never coming home.

"I feel sad they would do that to a child. That's how I feel."

Matthew, who has been receiving counselling to help him deal with his trauma, said he wanted people to understand that he had no choice but to make the videos and that "not all kids want to do that, that a lot of times they're forced".

Asked what he hopes people will understand from the trauma he endured, Matthew poignantly says: "That you can pull through. No matter how bad the situation is, you'll always get through it.

"It happened but it's done. It's all behind me now."