A fire destroyed a vast area of a forest in southwest France and people in Britain filled beaches on the country’s hottest day of the year so far.

The city of San Sebastian on Spain’s northern coast had a temperature of 42C (107F) on Thursday.

It was the hottest temperature there since records began in 1955, the country’s national weather agency Aemet said.

The city of Palma, on Spain’s Mediterranean island of Majorca, set a local record of 40.6C (105F) on Tuesday. 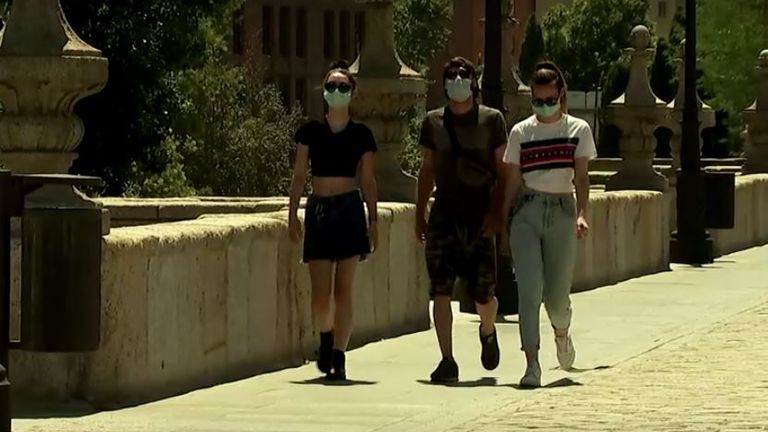 Aemet said tropical nights, when temperatures do not fall below 20C (68F), were also frequent in many parts of Spain in July.

The agency said: “Climate change is increasing the frequency of heatwaves.”

Aemet added that the annual number of days in heatwave conditions has doubled since the 1980s.

Temperatures peaked at around 40C (104F) in many parts of Italy on Friday, where 14 cities were put on alert. 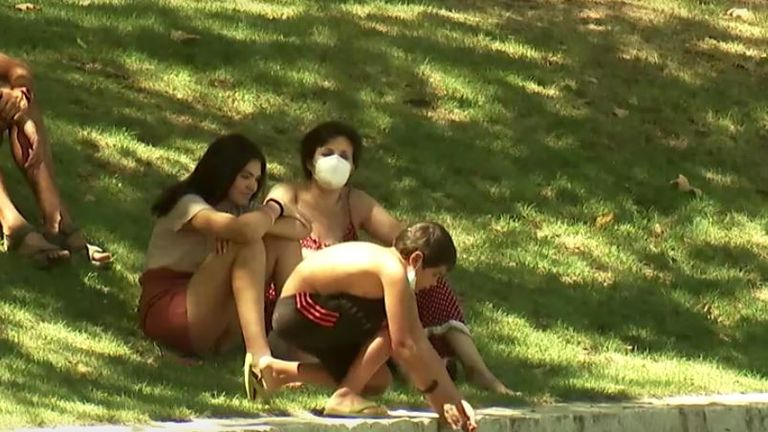 Tourists and local residents in Rome tried to escape the heat by sheltering under trees, cooling down at public fountains or having ice creams.

Italian weather forecasters say the heatwave is coming from Africa.

A fire ravaged more than 150 hectares of a pine forest in southwest France on Thursday evening, forcing people to evacuate many homes. 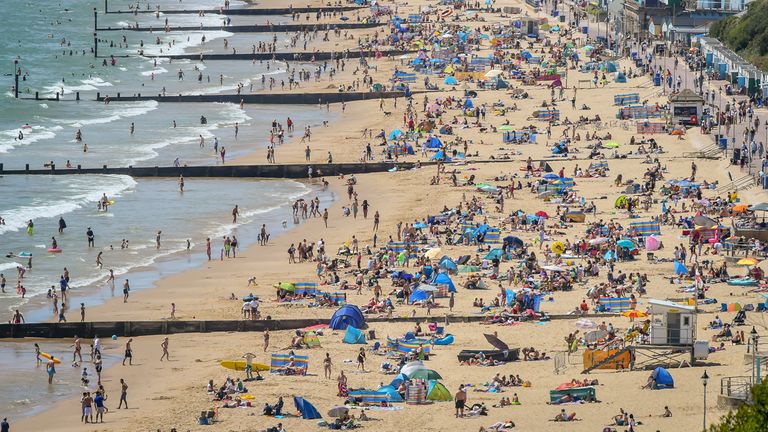 The fire broke out at the Chiberta forest, in the centre of the Anglet in the Pyrénées-Atlantiques region, and was brought under control on Friday morning.

Authorities are investigating the cause of the fire.

No casualties were reported but around 100 people were evacuated from the area and 16 were taken to hospital for smoke inhalation, The Connexion reported.

People across the UK sought the shade as temperatures rose above 37C on Friday. 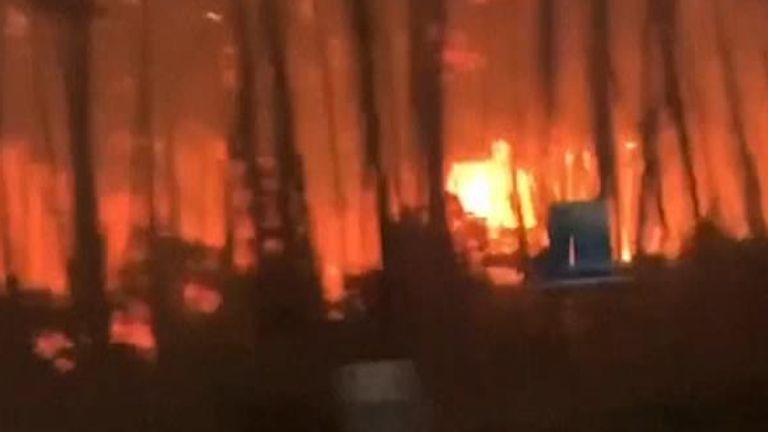 The Met Office said a reading of 37.8C, 100F, was recorded at Heathrow Airport in west London.

It made Friday the hottest day of 2020 and the third-hottest on record. 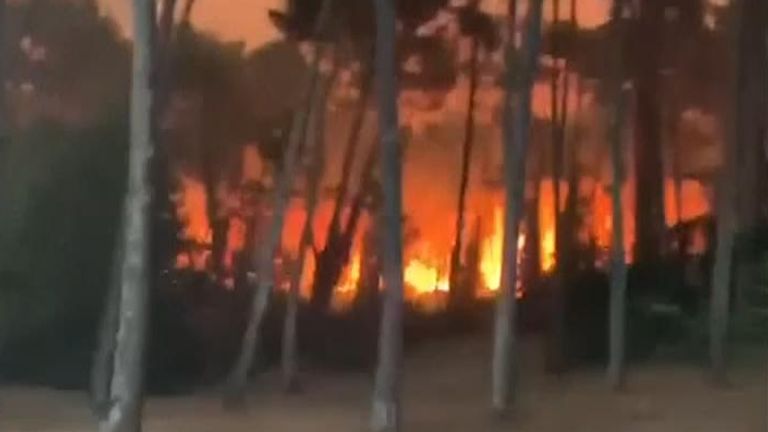 Previous bouts of hot weather have seen people pack beaches around the British coast, though they have not always observed social distancing measures intended to prevent the spread of coronavirus.

The city council in Brighton appealed for visitors to stay away.

The council said it was “concerned about the number of people in the city” and added: “Large numbers make it impossible to maintain physical distancing.”

Fears of 'economic Armageddon' unless workers return to work with as many as 135,000 jobs on the line in Britain