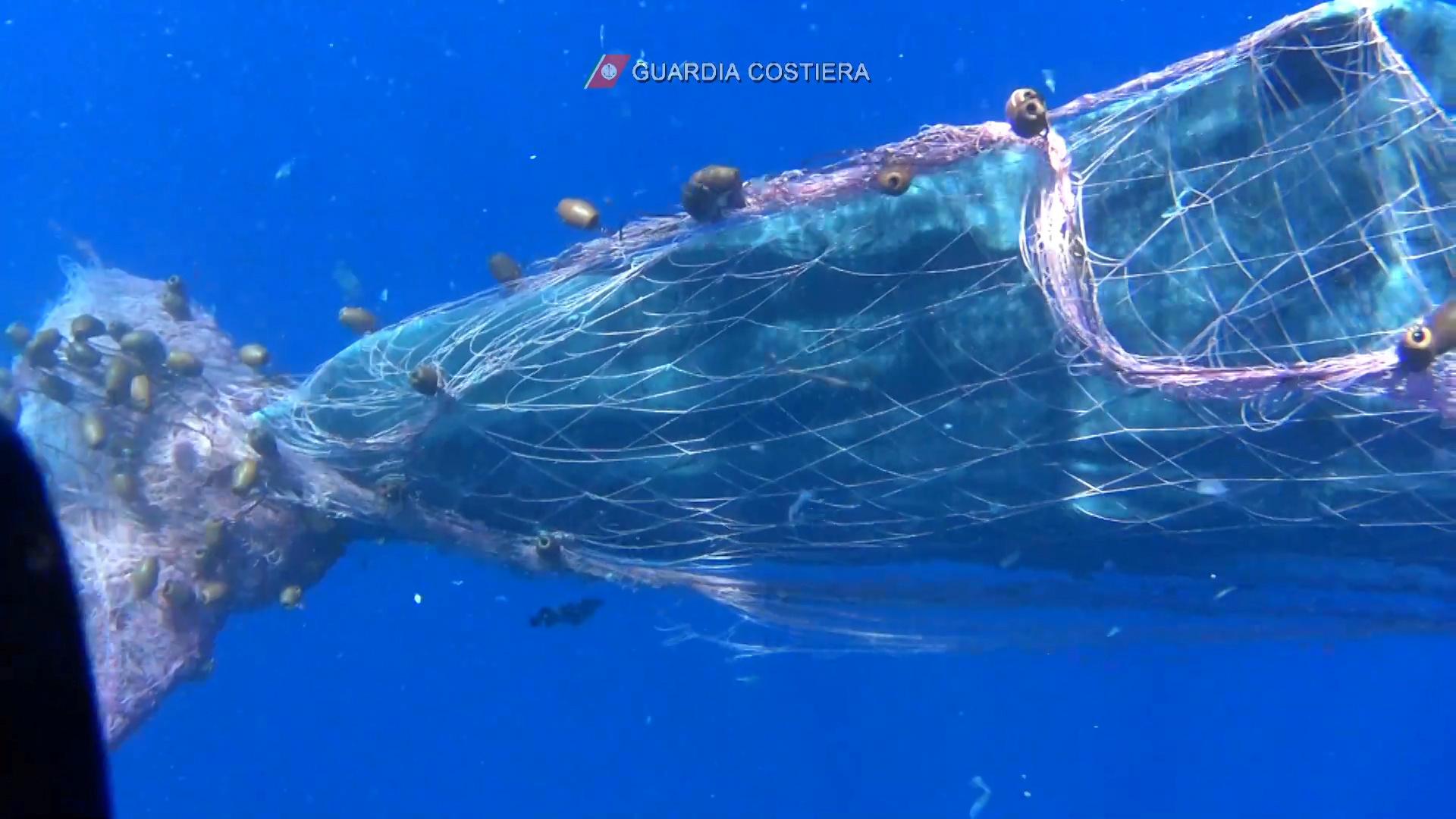 ROME (Reuters) – The Italian coastguard has been working for days to free a massive sperm whale caught in an abandoned fishing net in open sea off the Sicilian Aeolian Islands.

The whale was spotted on Saturday struggling to get free of a net usually used for fishing illegally for swordfish.

The coastguard said in a statement that operations were hampered by the large size of the whale, which had become highly agitated.

Due to its energetic efforts to free itself, the whale had been given the name “Fury”.

It is the second time in less than a month that the Italian coastguard has had to intervene to free a sperm whale tangled in a fishing net.

“These damn fishing nets are doing huge damage. I haven’t slept in 36 hours … divers managed to take off some of the net but then it started to move and it became too dangerous,” biologist Monica Blasi told daily newspaper La Repubblica.

Blasi said they attached a light to Fury’s tail so as not to lose sight of it as they tried to remove the rest of the net.