Rishi Sunak’s winter economic plan has drawn cautious praise from business lobby groups but thousands of small businesses and freelancers say they will see no benefit from measures designed to avoid a tsunami of job losses.

The arts, hospitality and live events sectors have been particularly hard hit, because many are simply unable to trade under the conditions imposed to prevent the spread of coronavirus. Others haven’t been eligible for support, or not enough to keep them going.

Businesses such as theatres, music venues and event caterers now fear they will be left behind, struggling to make ends meet, with the winter fast approaching.

The chancellor said his measures would protect “viable” jobs, but the centrepiece job support scheme is expected to put pressure on some businesses by requiring them to cover 55% of the wages of workers placed on the programme – whereas on the furlough scheme the most they have to cover is 20%. We spoke to some of the people who feel their business or their job is at risk of being deemed unviable, through no fault of their own. 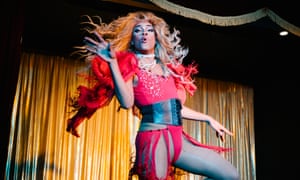 The Royal Vauxhall Tavern, or the RVT to aficionados, is one of Britain’s oldest and most esteemed LGBTQ venues, famed for its regular drag and cabaret acts.

The big problem for managing director James Lindsay is the new 10pm curfew, which leaves very little time to ready the stage for the RVT’s characteristically glitzy productions.

“Cabaret takes a long time for people to get set up and do soundchecks, so we can’t have people in before 6pm,” says Lindsay. “We’re reduced to a four-hour window but our overheads are astronomical.” The venue’s downstairs capacity has fallen from 140 to 75, and income is down by 65%.

Given such constraints, the chancellor’s measures won’t be much use, says Lindsay. “I was hoping we’d get a bit of a lifeline, in terms of extension of the business rates relief, but nothing came out of it.

“We’ve now got the extra wages to pay [as furlough is replaced by the job support scheme] and we’ve had people cancel tables last night just before cabaret opened.

“They’re getting freaked out by mixed messages coming out from government. We’ll do our best to keep going as long as we can.” 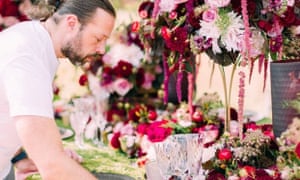 “My business was viable,” says Marc Gough, who had to take out a CBIL loan and make three of his staff redundant to keep his 10-year-old firm afloat. “The government has made me unviable by not allowing us to work. We want to work.”

Gough’s company, which turns over about £750,000 a year supplying plates, glassware and crockery to weddings and events, is struggling to trade under restrictions limiting attendance at weddings. Sales are down 98% – which won’t even cover the monthly bills.

The decision to limit weddings to 15 people – and the absence of a roadmap for the sector – had hit consumer confidence, he says, leaving him unable to afford monthly operating costs, 55% of salaries and customer refunds.

“There were little green shoots when they were allowing 30, with those bookings I probably could have survived without the furlough scheme,” he says. “But that’s now been pulled from us and brides are cancelling altogether. The confidence is gone.”

The wedding sector has lost a whole year’s income, leaving him with stark decisions about how the business will survive the next six months. “Do I retain my staff or do I pay back people whose weddings can’t go ahead? I can’t do both without any income – it’s a horrendous nightmare,” he says.

“We’ve been forgotten as a sector. I’ve generated £3.2m worth of sales from the day I opened – is that not anything to give back? It’s heartbreaking.”

The events and gig venue 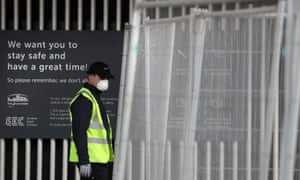 The SEC in Glasgow includes five exhibition venues as well as the 14,300-seater SSE Hydro gig venue. With live music shut down and business events largely on hold, its cavernous halls stand empty.

“At the moment, with government’s announcement that we’ll be in this for the next six months and certainly through the winter, it looks extremely unlikely that we’ll be staging any events for the foreseeable future,” says Debbie McWilliams, SEC’s live entertainment director. “The event industry has reached crisis point.”

While larger companies such as SEC may be able to ride out the crisis, she fears for the smaller firms and freelance specialists that make the industry tick.

“A disproportionately high number of those companies are small, particularly the technical supply chain, such as lighting and sound. The loss of them would be devastating.”

She believes events companies have shown that they can host visitors safely, partly through pilot events. But even those have now been stopped. “We fully understand the risk to staging events but there’s also a risk to the impact to jobs, mental health and wellbeing,” she says. “We need guidance on what measures they want to see in place.” 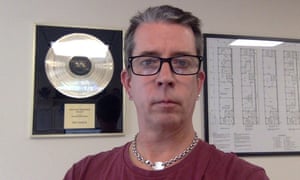 “The initial financial support missed the events and entertainment industry and this latest offering has fallen even further short,” he says.

“People are desperate. Whenever MPs are challenged they say the government has given £1.6bn to the arts, but it’s not being distributed to many of the people who need it. People have fallen by the wayside and just have nothing.

“They are doing whatever they can to pay their mortgage and put food on the table because universal credit doesn’t cover it.”

Sanderson mourns the “catastrophic” effect the coronavirus lockdown has had on the events industry. “Bands, caterers, lighting engineers, security guards, cleaners, ticket vendors, and many others, have seen their world fall apart,” he adds.

“Even when we get a semblance of normality again people will have moved on. All these companies will have folded. Even if there is a vaccine, there won’t be anyone to put the gigs on.” 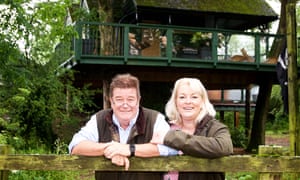 Winchcombe Farm Holidays in Upper Tysoe, Warwickshire, has refunded more than £16,000 worth of bookings since the announcement of the so-called “rule of six” limiting the size of gatherings in England.

Its most recent site, Ben’s Burrow, was built during lockdown by Steve Taylor, who runs the business with partner Jo Carroll. Three of its lodges sleep more than six people. “It [the rule of six] is just the latest blow for many large self-catering providers, after a terrible year, where we’ve already lost half of the main summer season,” Carroll says.

“We worked tirelessly during lockdown to build Ben’s Burrow, hoping it would give us the boost we needed when we were allowed to reopen and so try to pull back a terrible year but this ruling will greatly compromise the commercial viability of the property.” 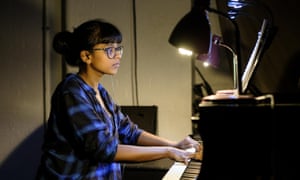 Yshani Perinpanayagam, a composer and pianist from London, says the gaps in the support scheme for self-employed people have only grown larger, and that those from more marginalised backgrounds with less savings and family support were hardest hit.

“We’re still in the position of ‘Shall we find other work or not?’,” she says. “So organisations are just pulling things to be on the safe side.

“Institutions, venues and people need support to be able to wait it out or operate at a loss because we’re just going to lose all the colour, literally and metaphorically, from our sector, and the arts should not just be for the few people who happen to have the most money.”

She adds that the arts is a way for people “to speak and express themselves”, and that the lack of support was indicative of the government’s priorities. “Surely we want to hear the stories of the people having the most difficult times through this,” says Perinpanayagam, who has been teaching remotely.

“Where is the joy in being allowed outside again if outside has been doomed to be forever monochrome and silent?”

Skull that sat on fireplace mantel for years linked to missing person: authorities