JEREMY Corbyn has been suspended by Labour after his shameless response to a damning report by equality chiefs which found the party broke the law over anti-Semitism.

This morning under-fire Mr Corbyn refused to apologise after the Equality and Human Rights Commission found the party under the hard left-former leader allowed vile harassment and abuse of Jewish members to thrive. 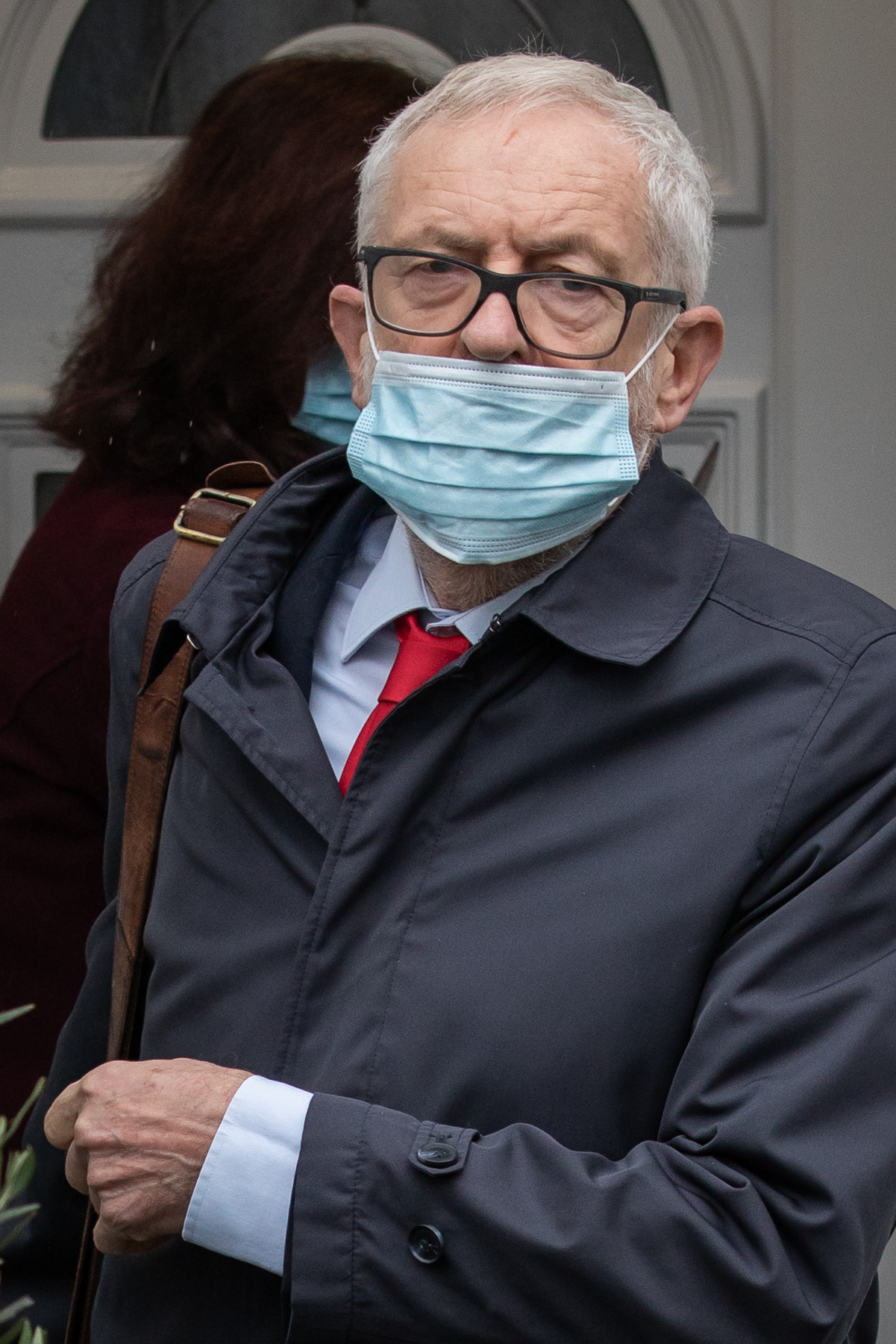 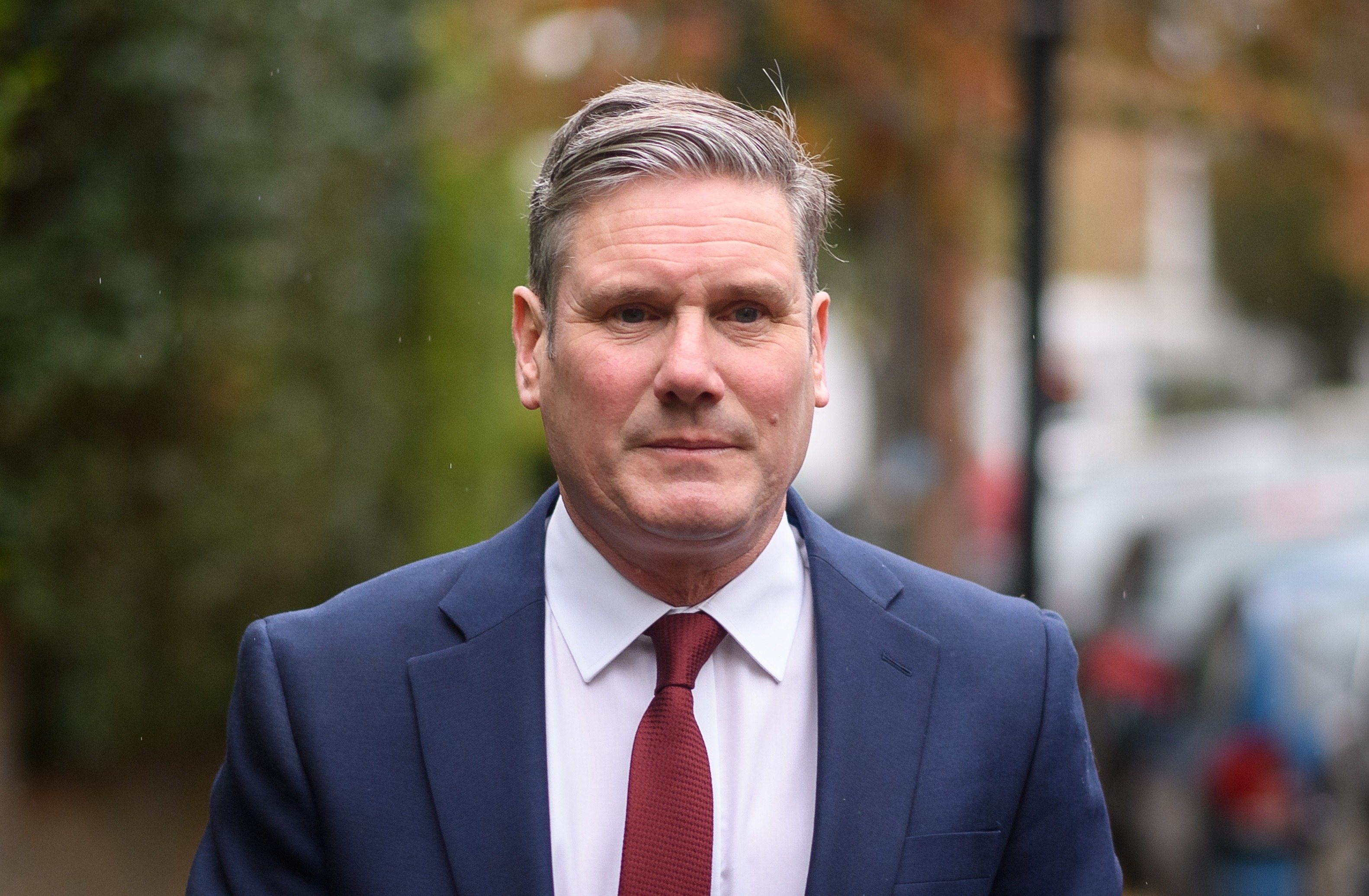 In a shameless statement, Mr Corbyn said today: "The scale of the problem was also dramatically overstated for political reasons by our opponents inside and outside the party, as well as by much of the media."

The Labour boss had said he "did not accept all of the reports findings" and in a video clip had failed to accept he should leave the party.

Just hours later the ex-boss who led the party for more than four years was suspended by the Labour.

He said this lunchtime: "No I’m not part of the problem."

A spokesperson for the Party said: “In light of his comments made today and his failure to retract them subsequently, the Labour Party has suspended Jeremy Corbyn pending investigation.

"He has also had the whip removed from the Parliamentary Labour Party.”

He blamed inheriting a broken complaints system and attacked the party for failing to overhaul it.

Mr Corbyn claimed as leader he was "determined to eliminate all forms of racism" including anti-Semitism – but the ECHR said his team had personally meddled in complaints.

The report found there were three separate breaches of the law – for members harassing Jewish members, Mr Corbyn's team stepping in and interfering with complaints of anti-semitic bullying, and the party failing to provide training to deal with those complaints.

Members of the Labour Party pushed "anti-semitic tropes"and when victims of the abuse raised their voice, they were told their claims were "fake", it said.

But Labour MPs today rallied around the decision to boot him out.

Veteran MP Harriet Harman said: "This is the right thing to do. If you say that [anti-Semitism is] exaggerated for factional reasons you minimise it & are, as @Keir_Starmer says, part of the problem."

Ex-MP Joan Ryan said this morning he had to go: "I think Jeremy Corbyn has to be expelled, he's dumped himself this morning.

"One of these unlawful acts and harassment was saying these complains were fake or smears.

"And he's added to that by saying these complaints by anti-semitism were exaggerated – that's tantamount to the same thing he and others had been saying right from day one."

Board of Deputies of British Jews President Marie van der Zyl has welcomed the suspension of Jeremy Corbyn from the Labour Party.

She said: "Having presided over the descent of a proudly anti-racist party into a party that broke equalities law in its treatment of Jews, his shameless comments today showed that he remains part of the problem and is an obstruction to the resolution of the issue."

Joe Glasman, Head of Political and Government Investigations at Campaign Against Antisemitism, said: “Shortly after submitting our complaint to Sir Keir regarding Jeremy Corbyn’s statement this morning and his past deeds, we have received confirmation that Mr Corbyn has been suspended from the Labour Party and had the whip withdrawn.

"This is a hugely significant turning point and an indicator of real change and accountability at last.

"We referred Labour to the EHRC precisely because it was not taking our complaints against Mr Corbyn seriously.

"Four years since our first complaint, Labour has finally begun to take action. Mr Corbyn is part of the problem, and at last our complaints against him and other sitting Labour MPs who seemed untouchable, are now being acted upon.”

Sir Keir Starmer said it was a "day of shame" for the party and demanded a change in culture in the party – but stopped short of using his press conference this morning to demand Mr Corbyn go.

He accepted the report in full and vowed to come up with a plan to tackle all the issues within six weeks.

"I will be judged by what I do, not what I say," Sir Keir said this morning.

In a warning shot at critics he blasted: "If you are anti-semitic, you should be nowhere near this party, and we will make sure you are not.

"We have failed our members, our supporters and the British public.

"I am truly sorry for the pain and grief that has been caused."

In a side swipe at the former Labour boss he said anyone who claimed anti-Semitism was "exaggerated" was a "part of the problem".

These included stopping investigations happening or preventing people being suspended.

The report illustrated an example of Mr Corbyn meddling in a complaint against himself – after he praised an anti-semitic mural.

Staff working for the former leader dismissed the complaint saying it "falls well below the threshold" for an investigation.

The partywas served a notice of unlawful act and has until December 10 to come up with an action plan to tackle the breaches of the Equalities Act.

EHRC's Alistair Henderson put the blame onto Mr Corbyn, saying "As leader of the party, with evidence of political interference within his office, he has a responsibility for those failings." 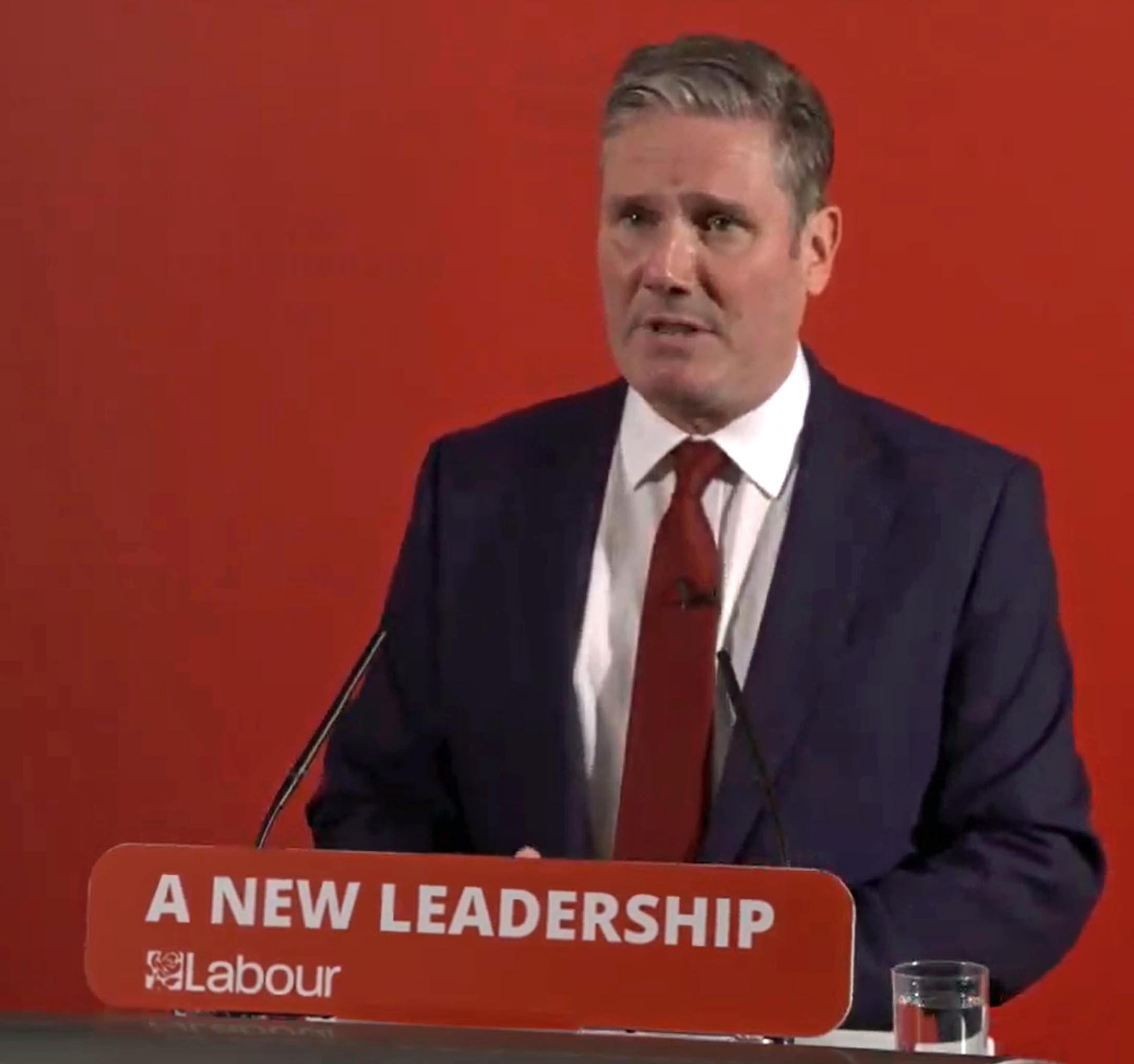 Sir Keir has vowed to build bridges with the Jewish community in the wake of the anti-Semitic abuse.

Earlier this year he sacked loyal Corbynista Rebecca Long-Bailey from his shadow Cabinet after she shared an anti-Semitic conspiracy theory on Twitter.

This morning, Mr Corbyn's son Tommy heaped praise on him saying, "Interesting day ahead I'm sure.

"Whatever anyone writes in any report, this man is the furthest thing from a racist as it's possible to be. I've spent my entire life watching him relentlessly fight every form of racism and oppression across the globe." 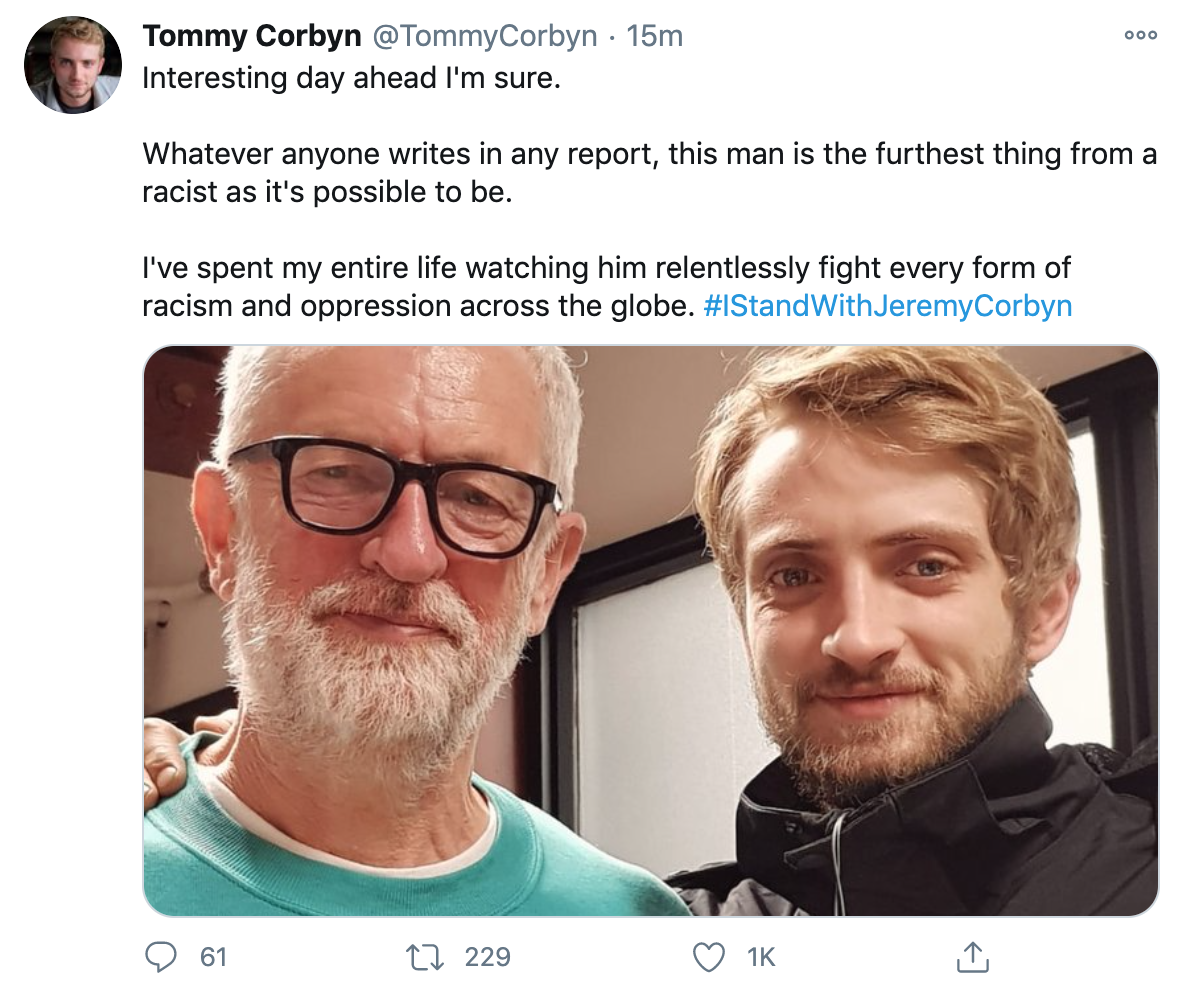 Steve McCabe MP, chair of Labour Friends of Israel, added: "Today’s findings from the EHRC shows beyond doubt the extent to which the poison of antisemitism was allowed to enter Labour under Jeremy Corbyn’s leadership and further confirms the extent of the terrible abuse suffered by Jewish members of the party.

"Today must mark the moment Labour decisively turns the page on the darkest chapter of our party’s history."

The report also found that people who complained about anti-Semitism to the party were treated poorly.

It said the complaints inbox was "largely left unmonitored for a number of years and no action taken on the majority of complaints forwarded to it".

And it blasted the party for choosing not to take action.

Labour could "act decisively when it wanted to" and had done so in the past on sexual harrassment, it said, but under Mr Corbyn it did not tackle anti-Jew hate.

Shockingly, 62 of the 70 files reviewed had records missing – and the EHRC had to demand more information.

The failure to provide a proper training programme to members led to a complete breakdown in trust, it said.

Most of the abuse targeted Jewish MPs on social media – at least 59 of the 70 complaints the watchdog investigated.

Labour had a policy of not investigating anti-Semitic posts which were "shared" or "liked" by members.

"This meant members could share as much anti-Semitic conduct as they liked", the EHRC's Alastair Pringle said.

And the watchdog said Labour refused to cooperate with their report last year, and originally refused to hand over Whatsapp messages.

Mr Henderson said: "It is very disappointing  that we found those obstructions." 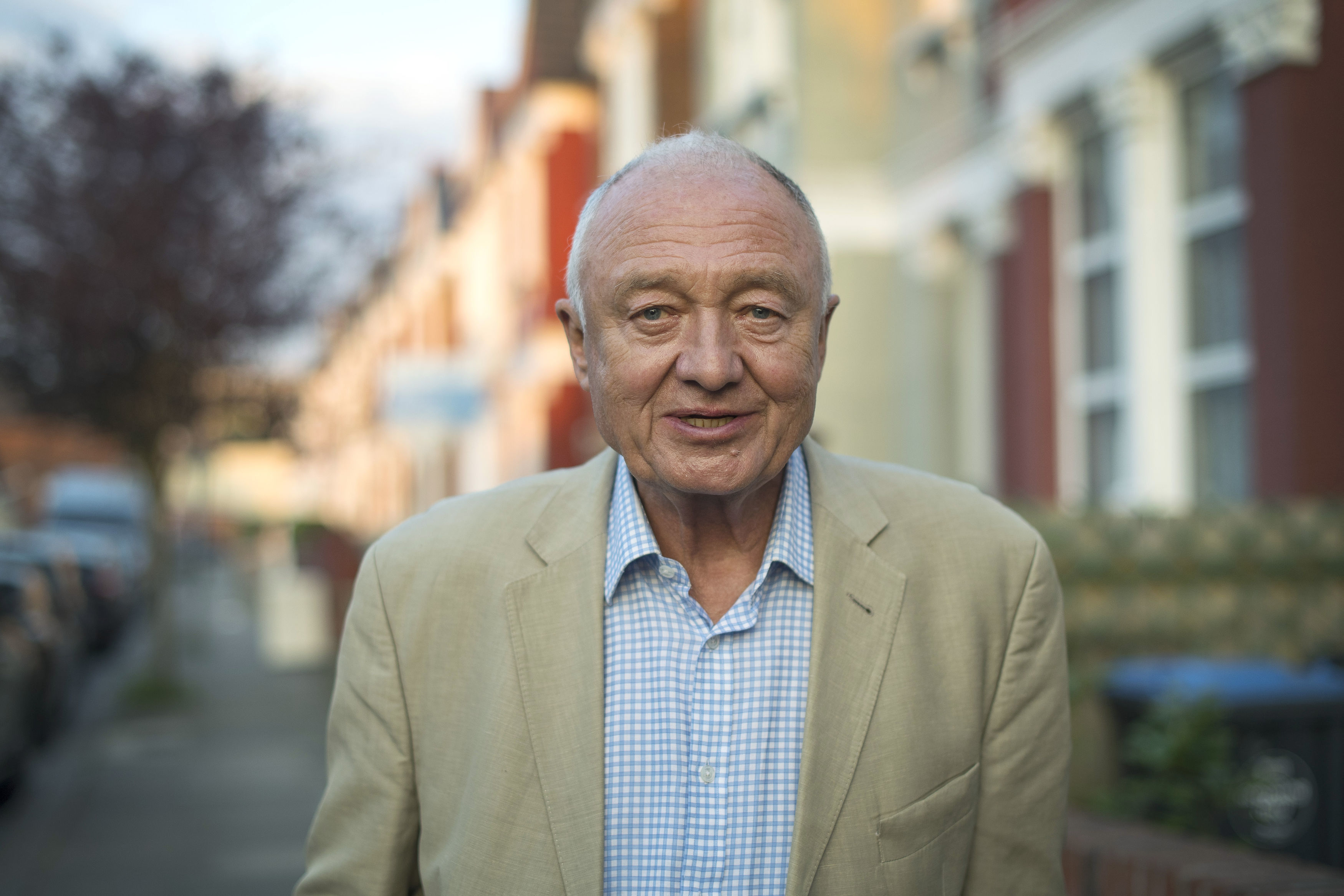 Two key members of the Labour party – Ken Livingstone, the former London Mayor, and Pam Bromley, a Labour councillor in Rossendale – were singled out by the report for pushing offensive anti-semitic tropes.

The pair suggested any complaints were "fake or smears".

The Labour party was legally responsible for both Mr Livingstone and Mr Bromley's actions, saying they helped spur on a "hostile environment" for Jewish members, it said.

Yesterday Mr Livingstone, claimed he expected the report to be "a bit of a con" and that they "whipped up" anti-semitism allegations to topple Mr Corbyn.

He told The Sun: “This was nothing to do with anti-Semitism – it was about getting rid of Jeremy Corbyn.”

He added: “Unless the report comes out and says this was a load of nonsense whipped up to undermine the Labour leadership, it won’t really be honest.”

But the two cases were just "the tip of the iceberg" and 18 more borderline cases were found of Labour Party candidates, councillors or party staff being anti-Semitic – but there wasn't enough evidence to blame the party for it.

This morning, ex-MP Ruth Smeeth slammed the hard-left former leader for hanging Jewish members out to dry and "doing nothing" as they faced "torrents and torrents of abuse".

Opening up about the horrifying abuse, Ms Smeeth told Good Morning Britain her and other Jewish MPs experience daily harrassment, which still continues today, at the hands of members of the Labour Party.

She said: "What was happening to Jewish women throughout the country at Labour party meetings, and nothing happening.

"He left Jewish members to be bullied and harassed, to be hanged out of the Labour party, to face death threats and abuse from Labour party members."

She said today was a "black day" for the party.

Another ex-MP, Louise Ellman said she was "driven out" of the party by "ugly antisemitism" which begun as Mr Corbyn was elected leader.

Writing in the Times today, She said the anti-Semitism of the party "became normalised with the entry of the far-left following the election of Jeremy Corbyn as leader."

She said she was "targeted" by Labour party members in her own constituency who wanted to topple her as MP for being "a zionist".

Recommendations of the report

The Labour party should, according to the EHRC:

Despite revealing a horrible plot to remove her, and the Labour Executive Committee finding she had been subject to "obsessive interrogations", no action was taken against members who bullied and harassed her.

Ms Ellman said: "The moves to oust me continued in a more subtle form including a campaign to dehumanise me by refusing to use my name. I became “the MP” or “Mrs Ellman”.

"At the Riverside celebrations following the 2017 general election, I was ostracised. I was studiously and deliberately ignored. "

"No one spoke to me. The celebrations continued as if I was not present. I was a non-person." 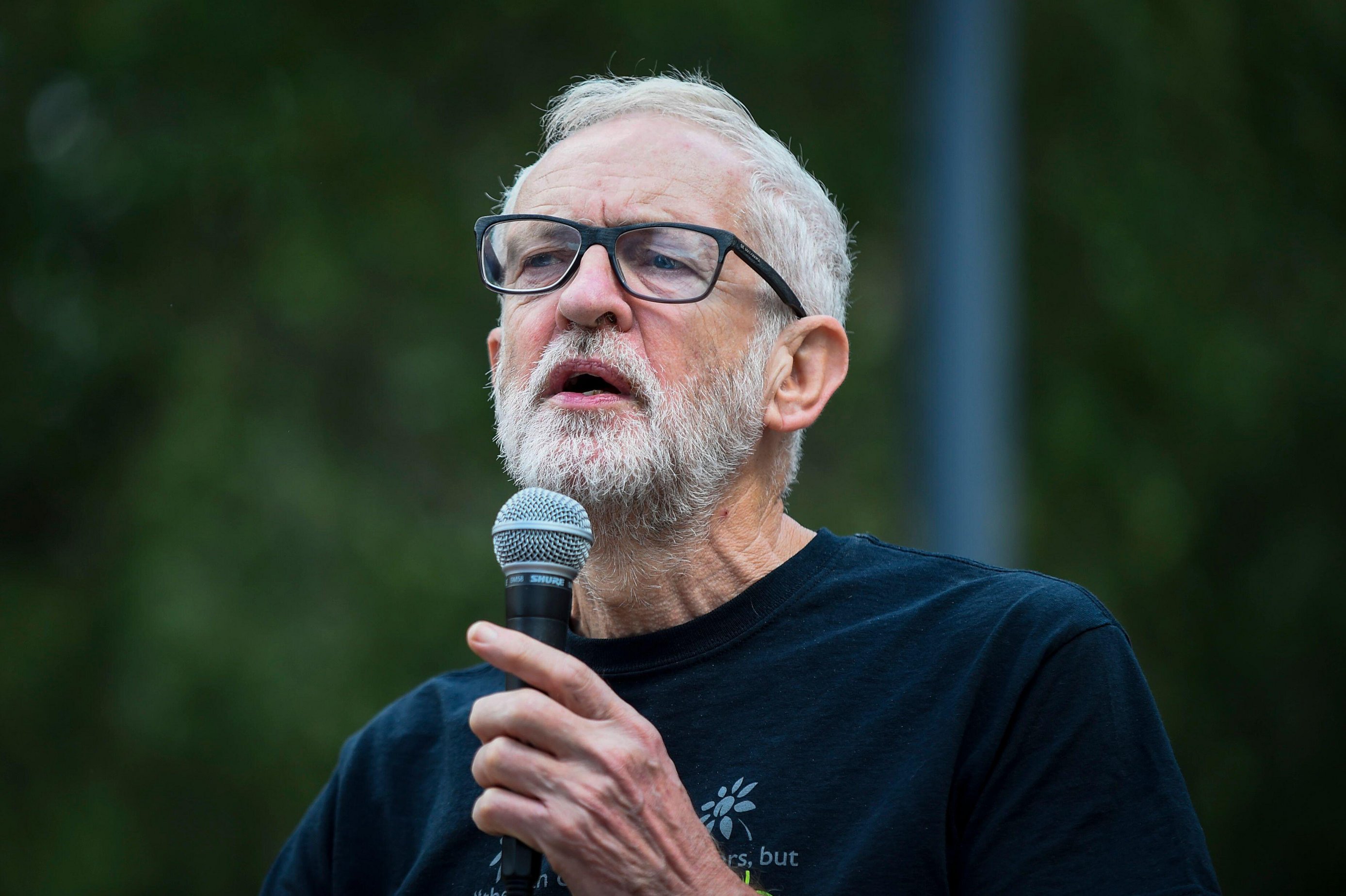