The first First Lady with her own job: Jill Biden is set to keep teaching when she enters the White House as she did when she was Second Lady after saying she wants to ‘lift up’ educators

First lady Jill Biden will make a little history of her own if her plans to continue teaching go through – she’ll be the first first lady to maintain a full-time job.

‘If we get to the White House, I’m gonna continue to teach,’ Dr. Biden told CBS in August. ‘It’s important, and I want people to value teachers and know their contributions, and lift up the profession.’ 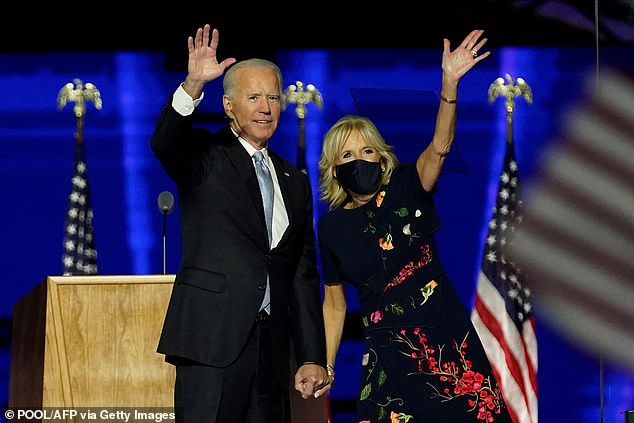 Dr. Jill Biden (right) will be the first first lady to maintain a full-time job, as she expressed before the election she wanted to continue teaching at Northern Virginia Community College if her husband won the election 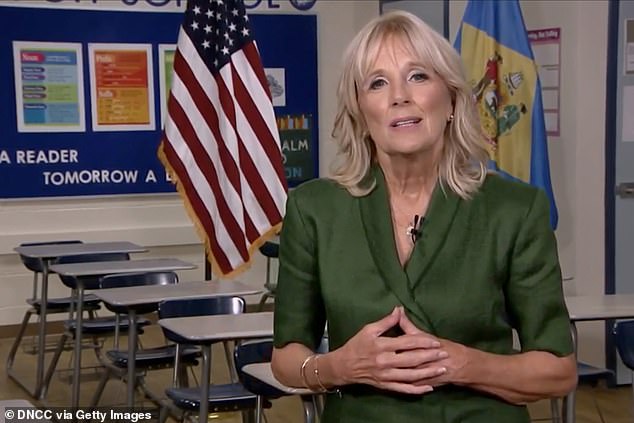 She delivered her Democratic National Convention speech from Brandywine High School in Wilmington, Delaware in the very classroom where she used to teach 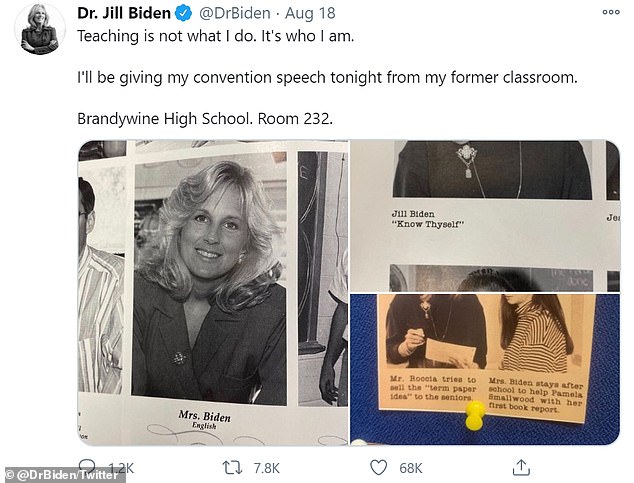 ‘Teaching it now what I do. It’s who I am,’ Biden tweeted before she delivered her Democratic National Convention speech from her former Delaware classroom 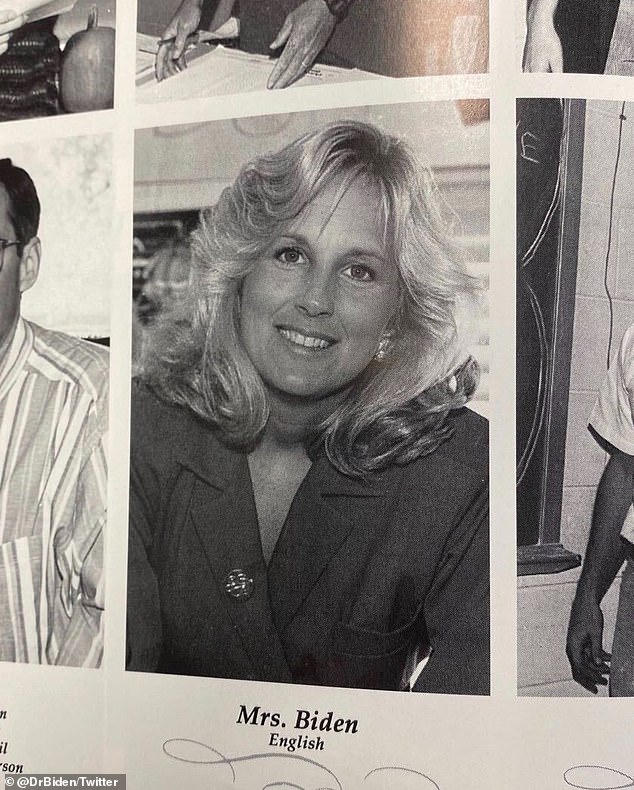 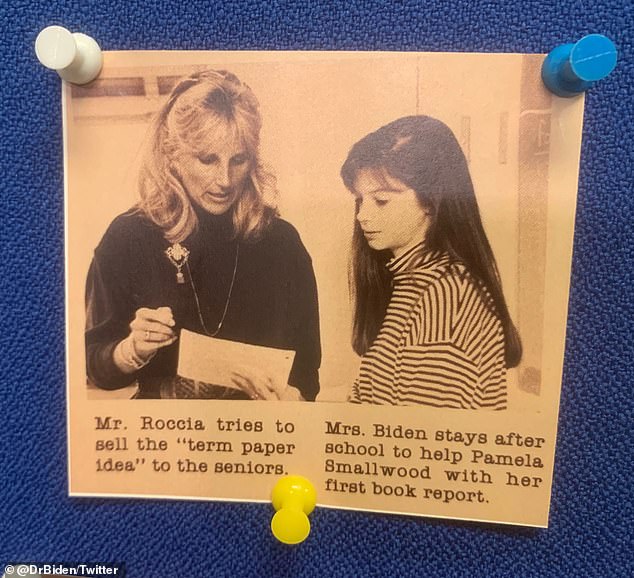 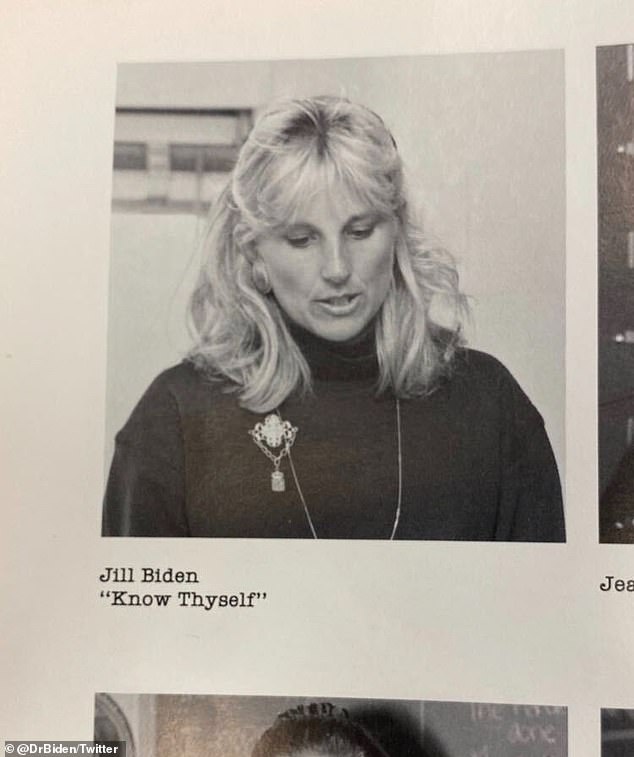 Biden shared old yearbook photos of herself, like this one with the quote ‘Know Thyself,’ in the run-up to her education-centric Democratic National Convention speech

The position of first lady is unpaid – but tradition dictates they take on the role of White House taste-maker, planning the Christmas decorations, the Easter Egg roll, state dinners and affairs of that nature.

In the past, first ladies have been criticized for getting too policy-heavy, like Hillary Clinton leading her husband administration’s healthcare reform effort.

First lady Melania Trump turned heads when she decided not to move into the White House right away when President Donald Trump was sworn-in, in January 2017.

Instead she remained at the couple’s New York City apartment in Trump Tower so their son Barron could finish out the school year.

Biden put her identity as an educator front and center in her Democratic National Convention speech in August.

She filmed it in her old classroom at Brandywine High School in Wilmington, Delaware.

‘Teaching is not what I do. It’s who I am,’ she said in a tweet, previewing her speech.

At NOVA, Biden would go by the moniker ‘Dr. B,’ to slightly obscure her identity, according to a Washington Post report.

She told her Secret Service agents to dress like students.

During her first year at the school she taught English as a Second Language.

The Post reported that Biden was so moved by the stories her students shared with her she’d write them on Post-it notes and leave them for the vice president to see.

After that, Biden taught freshman composition and developmental English, which helps boost struggling writing students up to a college level.

She holds a doctorate in education from the University of Delaware.

Biden did take some time off of teaching while her husband was running for president.