JOE Biden has ordered the White House to be "exorcised" of Donald Trump with a deep clean as the president's team is "riddled with coronavirus".

The president-elect is set to move into the mansion after his inauguration on January 21 as the Trumps will have to pack their bags and leave. 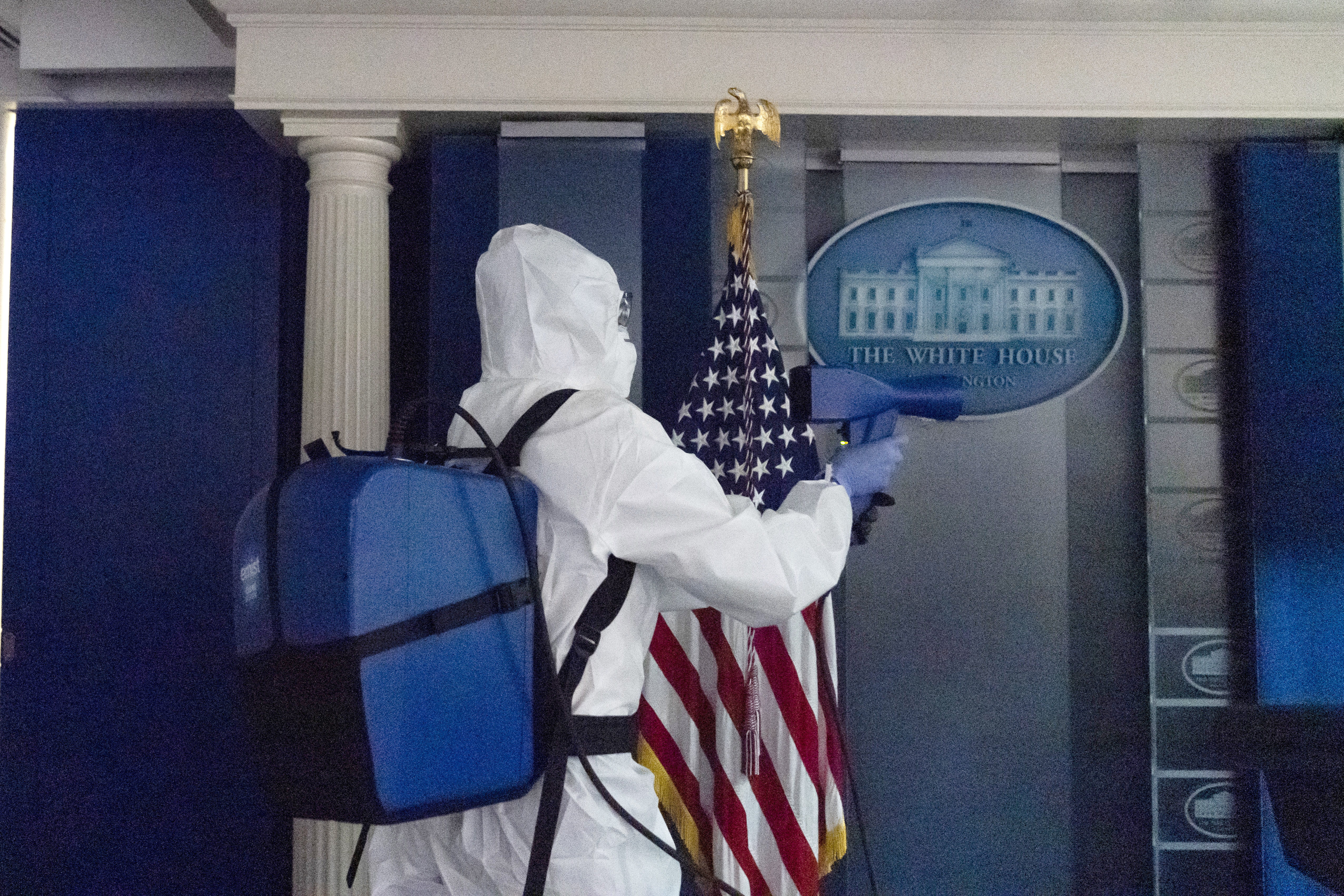 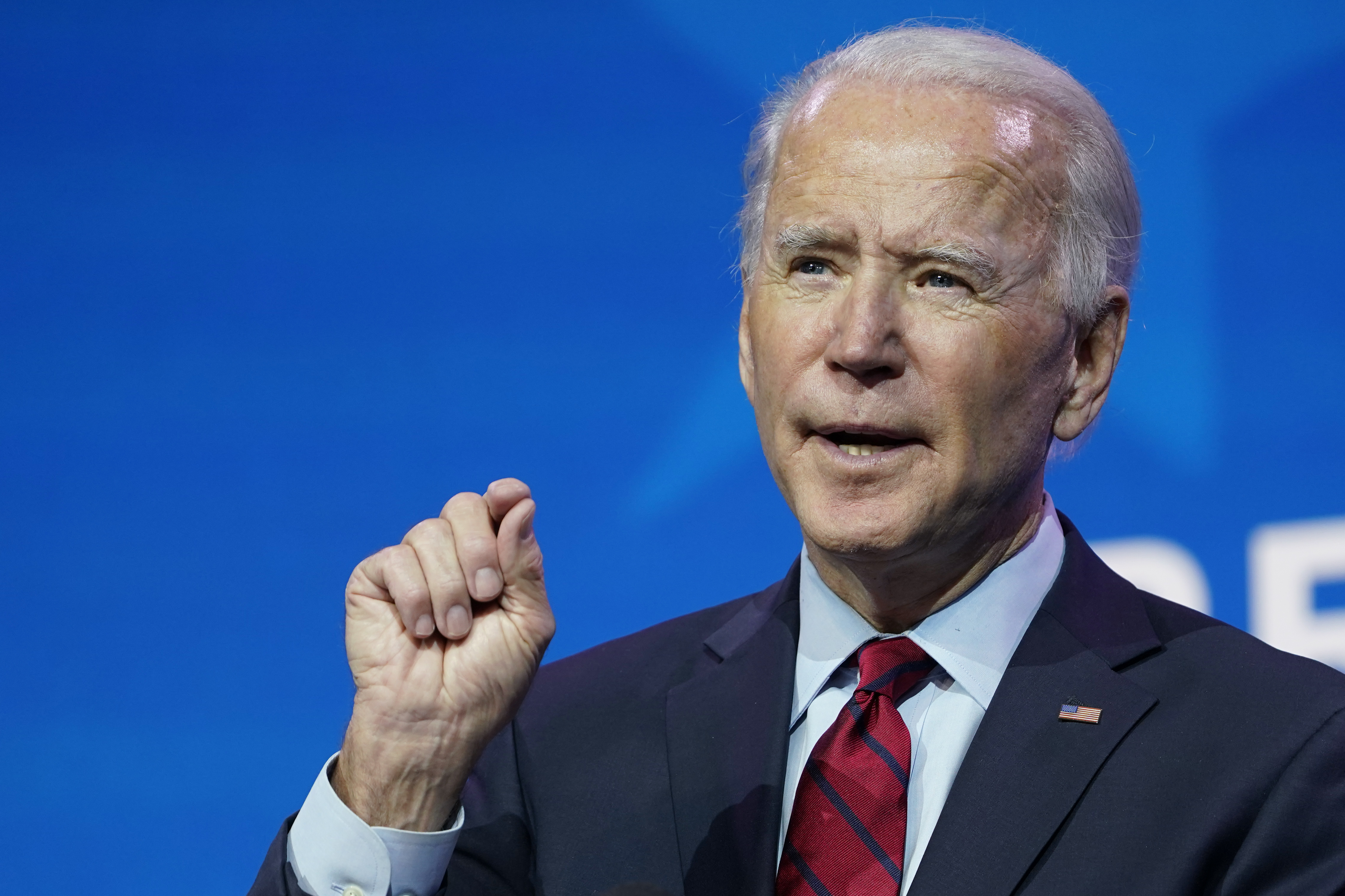 Biden has reportedly ordered the 132-room, 55,000sq ft properly be thoroughly disinfected before he moves in due fears over Covid-19.

Cleaners in hazmat suits will reportedly scrub it clean in the five-hour window between Trump moving out and Joe moving in.

It comes after a string of coronavirus outbreaks have occurred in the White House – including the president himself getting infected in October.

Trump and his administration have been criticized for having a flippant attitude to the virus – including for hosting parties over the Christmas season.

"Mr Trump’s administration has been riddled with the coronavirus. The Bidens are taking no chances,", a member of Biden's transition team said, reports Mail Online.

"The entire property will be deep-cleaned down to replacing doorknobs and taking down soft furnishings.

"The virus can linger on hard surfaces so the entire residence and executive offices will be wiped clean with disinfectant to exorcise any trace of Team Trump."

White House historian Kate Andersen Brower told CNN that the Bidens will have a team of 95 staff move in to pack and clean everything after Trump leaves.

She added: "The incoming President and First Lady get to choose their new furniture from a secret warehouse."

Trump however continues to blast the election result as he claims without evidence that he won in a "landslide" and the election was rigged against him. 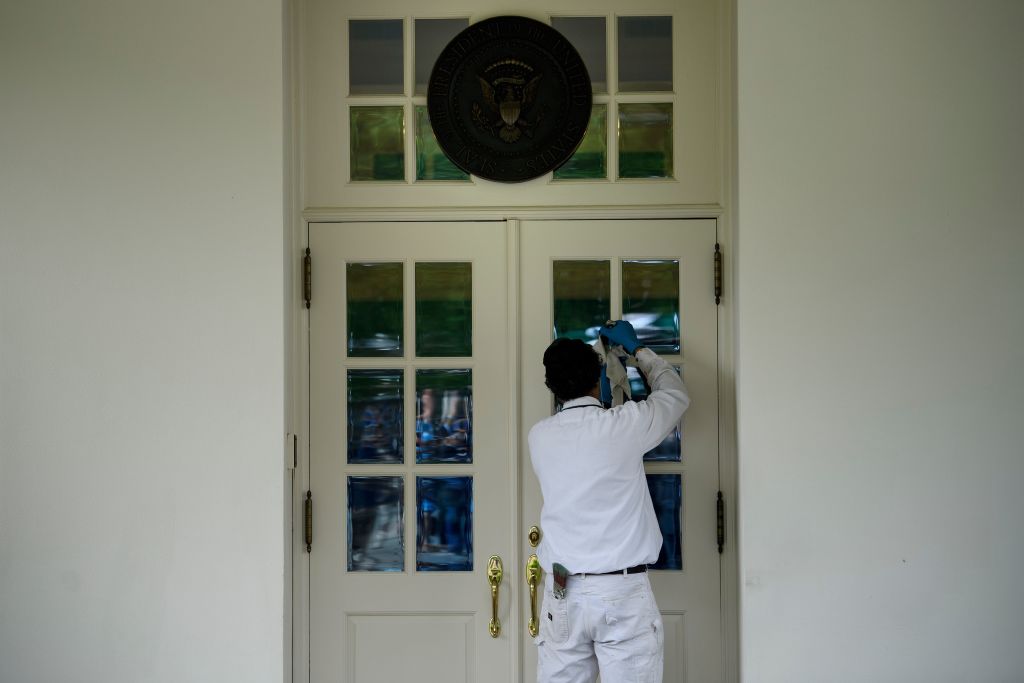 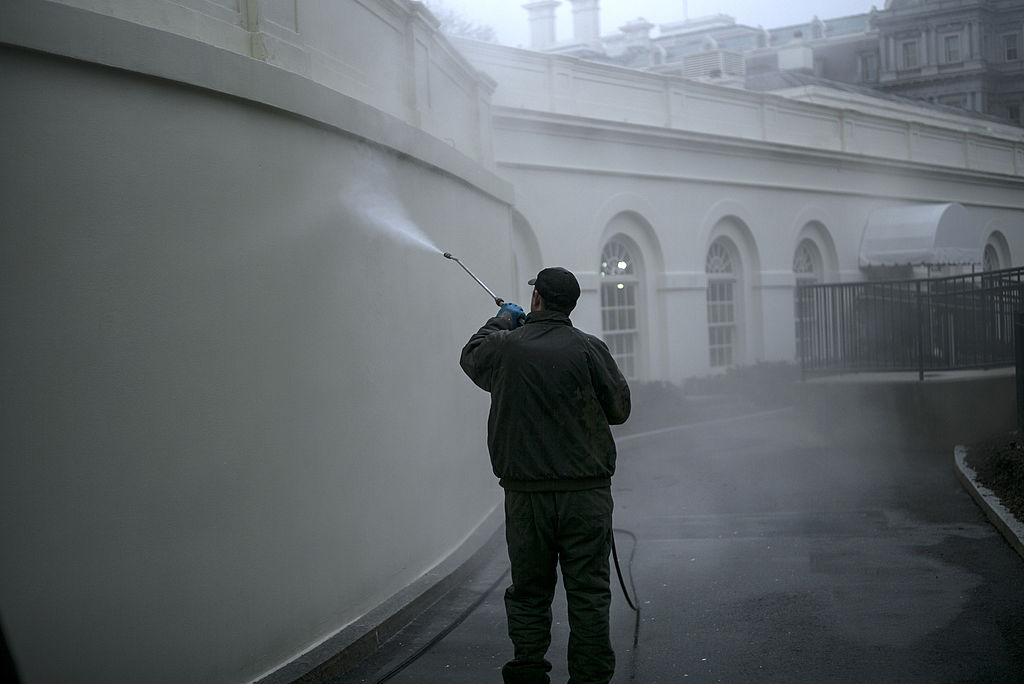 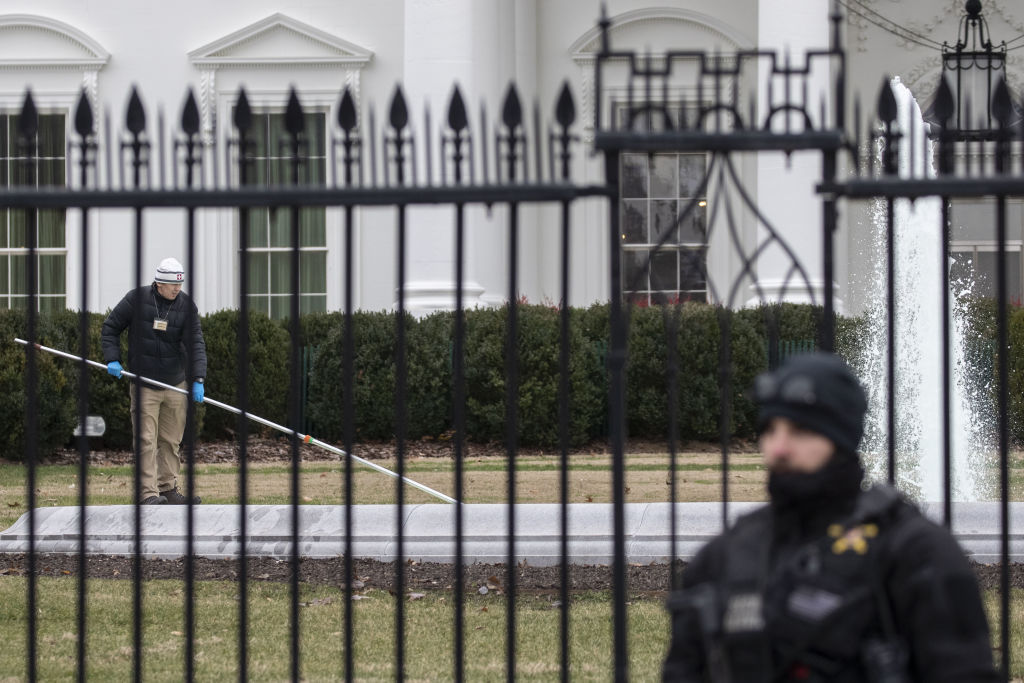 The president elect, 78, has so far avoided contracting the virus after a strict set of protocols which saw a reduced campaign before the election.

Nicole Lurie, a former Obama staffer who has worked on Biden's Covid plan, has said the new administration will have an attitude to the virus which is the "polar opposite" to Trump's team.

She told Politico: "I think the social penalties for non-mask wearing will be great.

"Instead of people being ridiculed for wearing masks, they’ll be pressured in the other direction.

"It’ll be hard to be in a meeting and not wear a mask or social distance."

Yohannes Abraham, the executive director of the transition, added: "It’s a dynamic situation with the pandemic.

"But I think you’ll see the exact same adherence to and commitment to the science of keeping the team safe that you saw during the campaign and transition, you’ll see that as we enter the physical space." 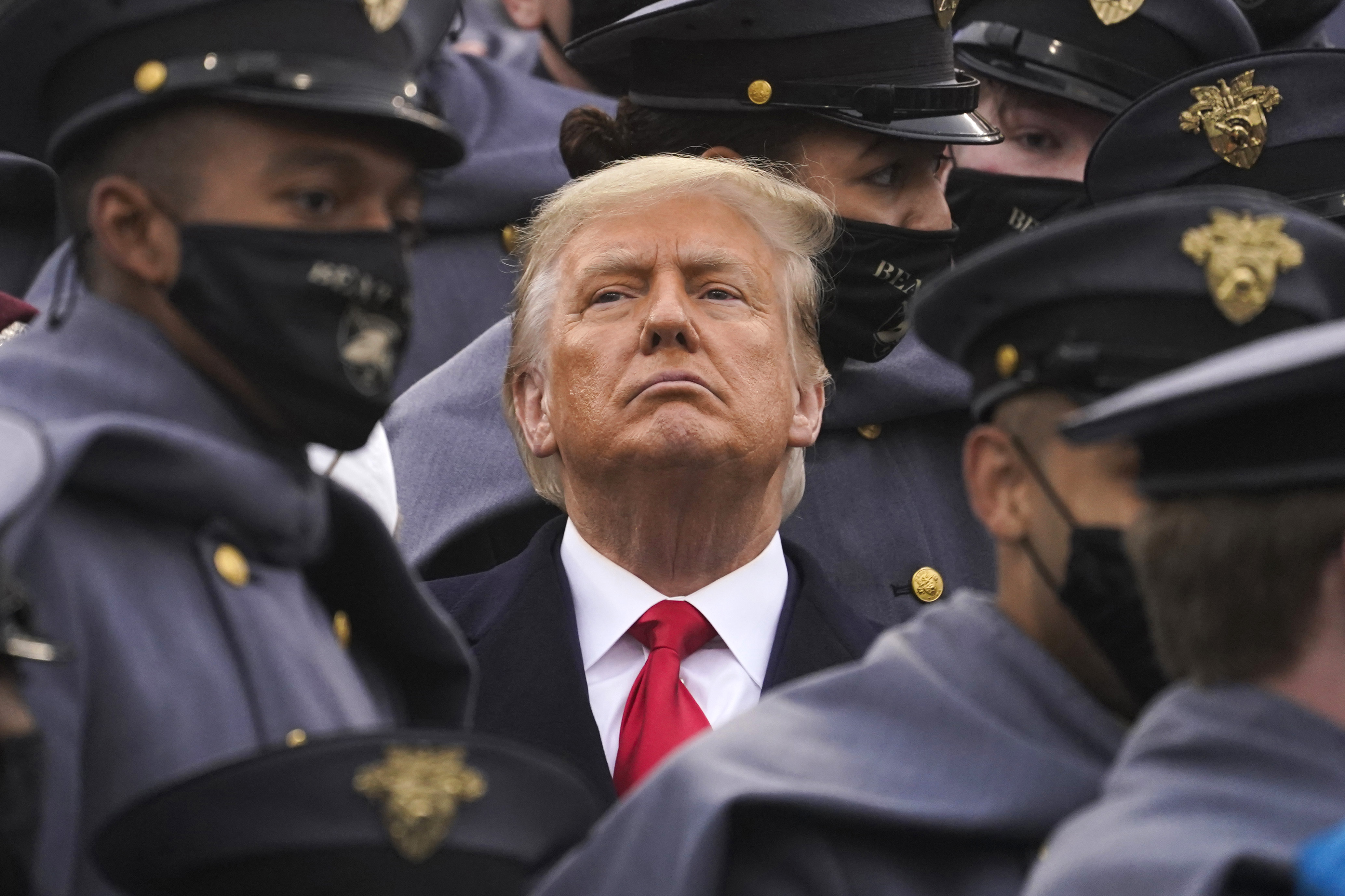 Trump's handling of the coronavirus pandemic was a major line of attack for the Biden campaign during the election.

The virus has so far killed 305,088 people, infected more than 16million, and at the moment is killing 3,000 people each day in the United States.

The President has fiercely defended his handling of the virus – most recently boasting the he should take credit for the "miracle" development of a vaccine.

He also rebuffed criticism of his decision to press on with around two dozen festive events at the White House despite the threat of the infection.

"And I see a lot of people at the parties wearing masks. I mean,

"I would say that I look out at the audience at those parties, and we have a lot of people wearing masks, and I think that’s a good thing."

The President and more than 50 people in his inner circle have been infected with coronavirus, including his election fight lawyers Rudy Giuliani and Jenna Ellis. 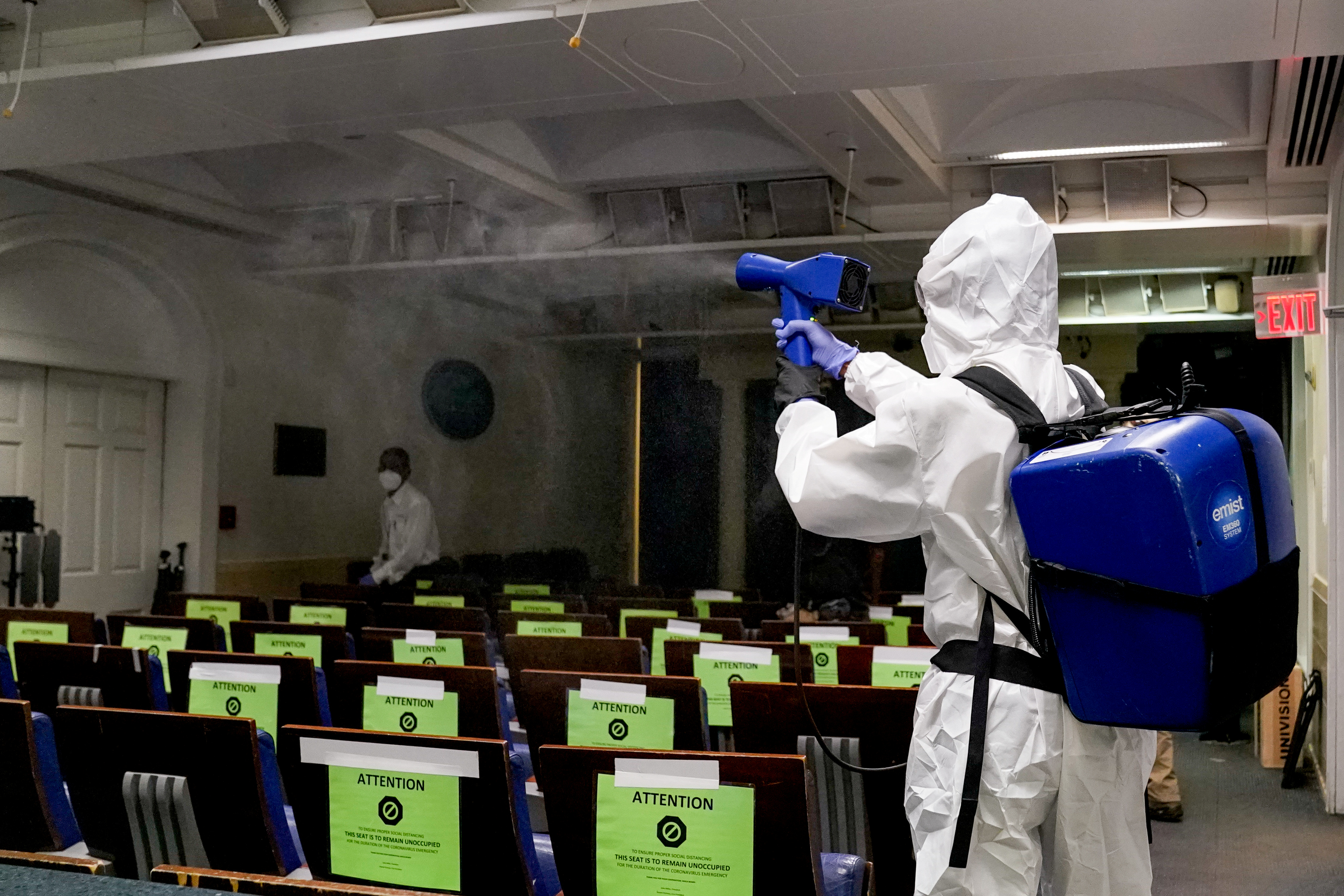 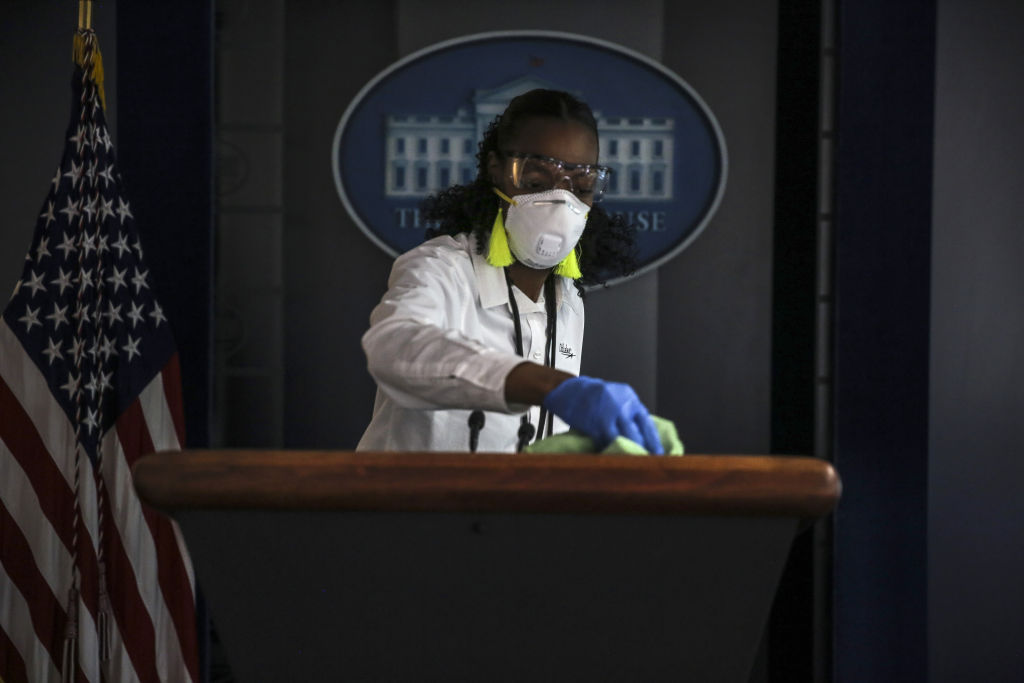 Trump claimed that FDA's newly approved the Covid shot will "end the pandemic once and for all" in a video announcement from the White House.

Millions of doses of the jab are being shuttled across the US, and the first doses are set to be administered within 24 hours, according to Trump.

"This is one of the greatest scientific achievements in history," he said, adding that the approval was a "medical miracle."

"I'm thrilled to report the FDA has approved the Pfizer vaccine."

Trump reassured the public that the shot is "very safe" and has passed the "gold standard of safety."

"The first vaccine will be administered in less tha 24 hours. The governors decide where the vaccines will go. We want our senior citizens, health care workers and first responders to be first in line," Trump said.

The Sun Online has contacted the Trump team for comment on Biden's disinfectant plan.