Where is the justice! Judges set for thumping £60,000 pay rises while hardworking Britons are forced to the watch every penny 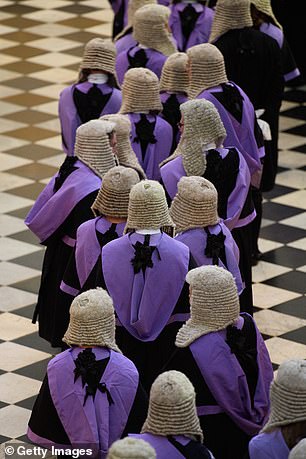 A report commissioned by ministers has recommended a breathtaking 32 per cent pay rise for High Court judges. That would see their salaries go from £181,500 to £240,000.

The increases have been justified by claims of low morale within the judiciary because of long and stressful hours, and a need to compensate high earners for a series of tax changes to their pension schemes.

The combination has led to a recruitment crisis and a dramatic fall in the number of people applying to be High Court judges.

But a pay hike of nearly a third for judges who already earn £30,000 more than the Prime Minister would spark fury among millions of public sector workers – including nurses, soldiers, teachers, doctors and prison officers – who were all forced to make do with rises of about 3 per cent in recent months.

The recommendation from the Senior Salaries Review Body (SSRB) comes at a critical time for Mrs May, just over two weeks ahead of a Budget that could raise taxes paid by millions of ordinary workers.

The review body’s conclusions were contained in a letter from the Ministry of Justice to Downing Street and members of the Cabinet earlier this week.

Successful lawyers who leave their lucrative private practices to join the judges’ bench sacrifice both the prospect of sky-high earnings and the regular companionship of their fellows.

In return, they are provided with perks to ease the comparative isolation of judicial office.

A comfortable and certain salary is just the first of these.

On top of the pay is an extremely generous pension scheme. Unlike the great majority of employees in the private sector, judges enjoy the gold-plated defined benefit system now largely confined to public employees.

It means a lawyer who achieves a judicial post at the age of 40 can expect to collect a pension worth three-quarters of their average salary while on the bench if they retire at the regulation age of 70.

Judges have also resisted efforts to close down the comfortable accommodation provided for High Court and circuit judges in provincial towns.

There are 32 sets of judges’ lodgings, variously set in mansions, historic houses or penthouse flats.

Half of the lodgings cost more than £100,000 a year, and there are about 60 staff, including house managers or butlers, chefs, housekeepers and cleaners. One perk of the lodgings disappeared in 2013, when Sky TV subscriptions were cancelled.

It says the aim is to boost ‘recruitment and retention of judges’ and make up for pension cuts. Of the 1,840 judges in England and Wales, 97 are High Court judges.

The SSRB recommendation will delight judges, who claim they are ‘overworked, disenchanted and demoralised’ – mainly because of their ‘low pay’. If they get the recommended £240,000, High Court judges will receive £4,615 a week.

The Ministry of Justice – run by Justice Secretary David Gauke – made its official submission to the SSRB in March. In it, the department made a strong case for giving wealthy judges a big rise.

It said they deserved an ‘attractive’ pay deal as compensation for cuts to their public sector pensions and a tax raid on pension contributions of high earners – and to boost recruitment.

The MoJ report to the SSRB said ‘judicial morale is low… one in three judges are considering resigning’.

‘Pay and pensions are key factors as well as increased workloads, stressful working conditions and demands for out of hours work. We need an attractive pay structure focused on senior levels in the judiciary.’

It said High Court judges had been among those worst hit by Tory cuts to the tax breaks on pensions of high earners in recent years. They had lost out from the reduction in the tax-free annual pension allowance to £40,000 and the cut in the tax-free pension lifetime allowance (LTA) from £1.5 million to £1 million – both introduced by Mr Gauke’s Conservative Government.

The MoJ said judges believed their pay was ‘inadequate, had led to a deterioration of morale and disenchantment and their workload was too high’, adding: ‘The Government recognises remuneration is a key factor in choosing a career as judge.’

The number of people applying to become a High Court judge had halved in ten years, it added.

The SSRB review of judges’ pay was launched by former justice secretary Liz Truss in 2016, and last night there were conflicting reports over Mr Gauke’s stance.

According to some sources, Mr Gauke has indicated in recent weeks that he backs the rises. But when asked by the Mail last night, sources close to the minister denied this.

Last year, Appeal Court judge Lord Justice Gross, who is paid £200,000 a year, said ministers ‘did not value the judiciary’.

He warned: ‘There comes a point when pay is so far out of line with the private sector market that it endangers recruitment of the best.’ 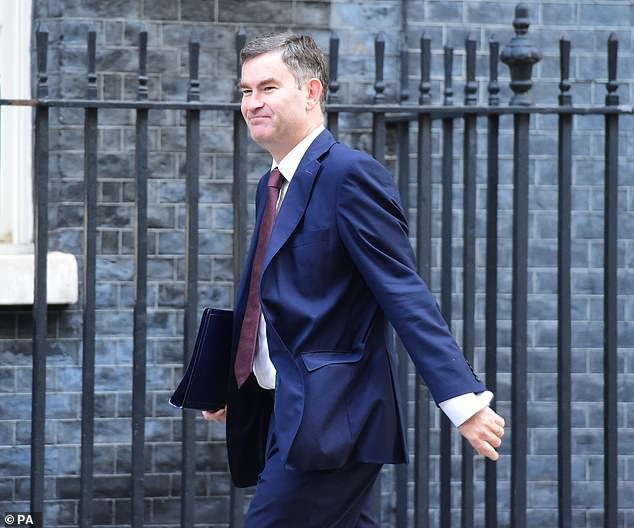 Britain’s top judge – Lord Chief Justice – the head of the judiciary in England and Wales, is paid £252,000. He will also get a rise. The MoJ last night confirmed the SSRB had formally told Mrs May that judges should get pay rises of up to 32 per cent.

The department said Mr Gauke was ‘considering its recommendations’ and hoped to ‘confirm the judicial pay award as a matter of priority’.

Asked if Mr Gauke backed the 32 per cent rise, a spokesman said: ‘We commissioned this review and will respond in due course.’ The spokesman stressed that Mr Gauke ‘values the work of our world-renowned judiciary’.

A source close to Mr Gauke added: ‘We are sympathetic to judges and are not saying we will not support a pay rise for them. But it is likely to be closer to 2 per cent than 32 per cent.’