The US Justice Department unveiled 17 new counts under the Esponage Act against WikiLeaks founder Assange. A federal grand jury in Virginia has indicted Australian-born Assange on these felony charges for allegedly playing a major role in unlawfully publishing the names of classified sources, on top of allegedly consipiring and assisting ex-Army intelligence analyst Chelsea Manning in obtaining access to classified Government information.

Among the documents published, there were State Department cables and reports on the Iraq and Afghanistan wars.

The superseding indictment comes after Assange was charged in March with conspiring with Manning to gain access to a Government computer as part of his attempt to leak hundreds of thousands of US military reports in 2010.

John Demers, the Justice Department’s Assistant Attorney General for National Security, said: “The department takes seriously the role of journalists in our democracy and we thank you for it. 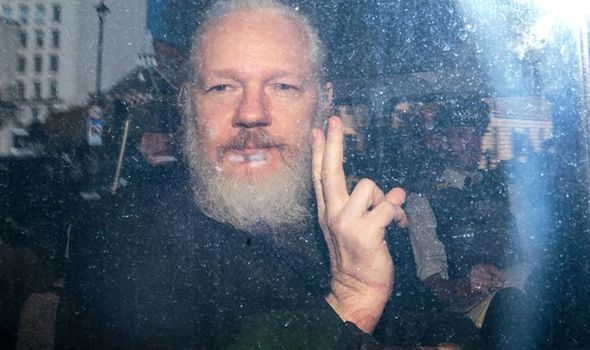 “It has not and never has been the department’s policy to target them for reporting.

“But Julian Assange is no journalist.”