A kangaroo was stoned to death in a Chinese zoo – apparently for the same reason that a brown bear was once crushed to death by Russian videographers, and a shark in Florida was dragged behind a motorboat like a kite.

That is, to gratify a human.

The kangaroo – a 12-year-old female whose name is not known – was not hopping enough to amuse spectators at the Fuzhou Zoo in February, The New York Times reported, quoting Chinese media. 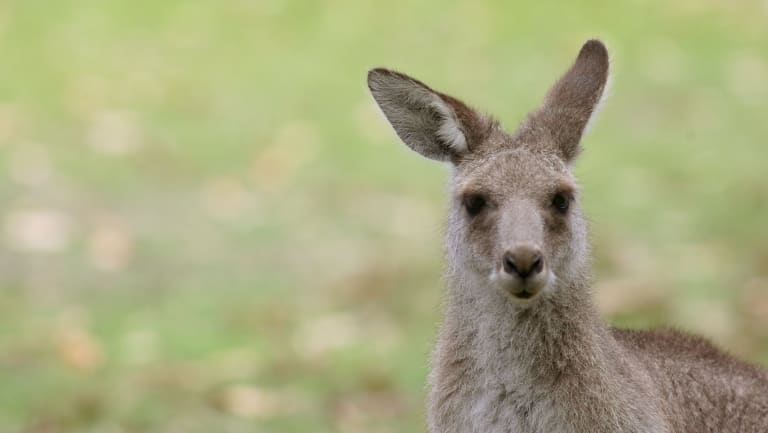 The kangaroo was not hopping enough to amuse spectators.

So someone picked up a rock. Or it might have been a brick or slab of concrete, Agence France-Presse wrote. In any case, it wasn't unusual for visitors to this zoo in south-east China to provoke the animals with projectiles.

"Some adults see the kangaroos sleeping and then pick up rocks to throw at them," a zookeeper told the Haixia Metropolis News, as reported by the Times.

Employees tried to dissuade the crowd, the worker said, but "after we cleared the display area of rocks, they went to find them elsewhere."

By the time zookeepers rescued the kangaroo from the crowd, AFP reported, her foot was nearly severed.

Details of the attack were first made public this week, when Chinese television stations broadcast images of the kangaroo lying battered in its enclosure, and then hooked to an intravenous drip, on which she survived for several days before succumbing to internal bleeding.

One of the stones had ruptured the animal's kidney, veterinarians discovered after the autopsy, the ABC wrote.

Had the attacks ended then, they might be no more sadistic than any other to occur at a Chinese zoo, which AFP reports are lightly regulated and therefore especially prone to abuse. Last summer, for example, investors involved in a dispute with a zoo in Jiangsu province released a donkey into the tiger pen, with predictable results.

But the Fuzhou stonings didn't end with that death. Just a few weeks later, the agency wrote, visitors attacked and injured a five-year-old kangaroo for similar reasons. It survived.

In nearly every media interview, zoo workers stressed that it's against the rules to bludgeon the animal, but people keep doing it anyway. Having apparently given up on the prospect of voluntary civility, AFP wrote, the zoo now plans to install more security cameras.

The zoo also plans to stuff and display the dead kangaroo – as a sort of memorial to whatever it might now symbolise.