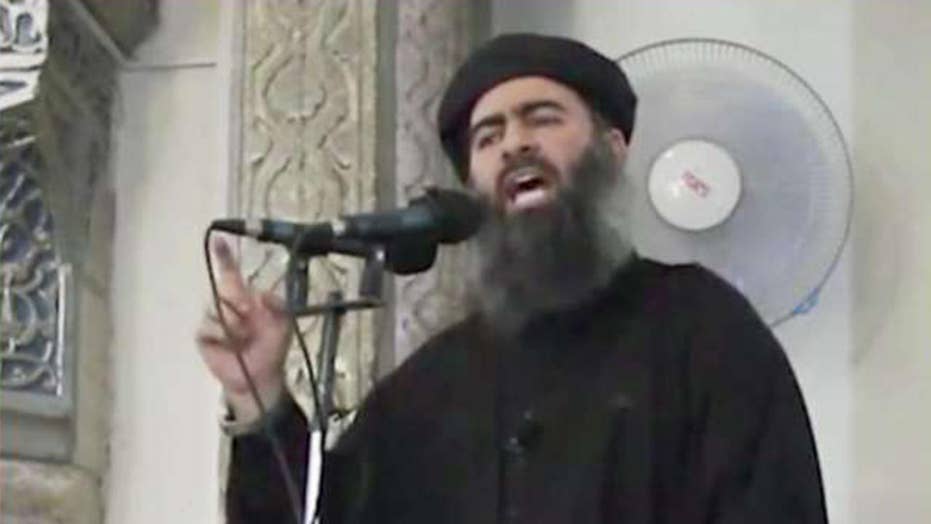 The ISIS leader detonated a suicide-vest after being chased into a dead-end tunnel by special operations forces; Jacqui Heinrich with the details.

The family of Kayla Mueller on Sunday praised President Trump and the commandos who pulled off the daring raid that is said to have resulted in the death of the Islamic State leader Abu Bakr al-Baghdadi in a compound nestled near the Turkish border.

Kayla Mueller, 26, was a humanitarian aid worker from Prescott, Ariz., who was captured while leaving a hospital in Aleppo, Syria, during its bloody civil war in 2013. She was reportedly tortured until her death 18 months later.

Marsha Mueller, the woman's mother, praised the president and commandos who raided the compound and told the Arizona Republic that she believes if “Obama had been as decisive as Trump” her daughter may still be alive.

Kayla Mueller's parents said on Sunday that they hope the ISIS leader's death will reveal more answers about what happened to their daughter. Even though they confirmed her death through pictures sent by militants, their daughter's body was never recovered.

Al-Baghdadi is believed to be one of her rapists who "married her" during her captivity.

"She was held in many prisons," Carl Mueller, her father, told the Republic on Sunday.  "She was held in solitary confinement. She was tortured.  She was intimidated. She was ultimately raped by al-Baghdadi himself.”

"She was held in solitary confinement. She was tortured.  She was intimidated. She was ultimately raped by al-Baghdadi himself."

The Obama administration was criticized over a reported 2015 rescue mission that targeted four prisoners held at a makeshift ISIS prison.

By the time U.S. commandos stormed the compound, the hostages were already gone. Some relatives and people who worked on the raid blamed the White House for not acting swiftly enough on giving the mission a green light.

President Obama said in a later interview that it was inaccurate to say the U.S. didn’t do everything it could to rescue the hostages. Susan Rice, his former national security adviser, said the approval process for the 2015 raid could not have been faster.

Trump, in the meantime, described the weekend raid in northwest Syria and said military helicopters flew over a territory now controlled by Russian and Syrian forces before it landed at the compound.

Trump described al-Baghdadi as dying "in a vicious and violent way, as a coward, running and crying.”

Trump said al-Baghdadi died after he detonated a suicide vest, killing himself. Trump said three children who were with al-Baghdadi were also killed in the blast. Eleven other young children were taken out of the location uninjured, Trump said.

Trump said “Baghdadi and the losers who work for him” had “no idea what they were getting into."

Carl Mueller, who was a supporter of Trump's 2016,  told the Republic that the president knew his daughter's story.

"I don’t think anything would have stopped him from getting this guy," he said.