Literary snack: the vending machine that spits out short stories

New York: Stories are shared many ways. They are recounted in books and magazines. They are read aloud around the campfire at night. They are randomly dispensed from stand-alone kiosks, doled out on strips of paper like grocery store receipts.

Wait, what was that last one?

Leave it to the French, with their love of Voltaire and Simone de Beauvoir, to revive literature in the era of hot takes, fast news and smartphone addiction. Short Edition, a French community publisher of short-form literature, has installed more than 30 story dispensers in the United States in the past year to deliver fiction at the push of a button at restaurants and universities, government offices and transportation hubs. 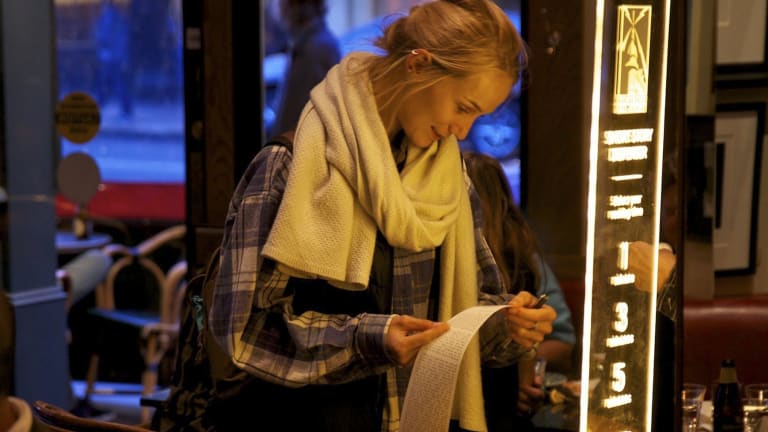 Acustomer at Cafe Zoetrope in San Francisco reads one of the short stories served by Short Edition’s story dispenser.

Francis Ford Coppola, the film director and winemaker, liked the idea so much that he invested in the company and placed a dispenser at his Cafe Zoetrope in the North Beach neighborhood of San Francisco. Last month public libraries in four cities — Philadelphia; Akron, Ohio; Wichita, Kansas; and Columbia, South Carolina — announced they would be installing them too. There is one on the campus at Penn State. A few can be found in downtown West Palm Beach, Florida. And Short Edition plans to announce more, including at Los Angeles International Airport.

"Everything old is new again," said Andrew Nurkin, deputy director of enrichment and civic engagement at the Free Library of Philadelphia, which is one of the libraries that got funding from the John S and James L Knight Foundation to install the dispensers. "We want people exposed to literature. We want to advance literacy among children and inspire creativity."

Here's how a dispenser works: It is shaped like a cylinder with three buttons on top indicating a "one minute,""three minute" or "five minute" story. (That's how long it takes to read.) When a button is pushed, a short story is printed, unfurled on a long strip of paper.

The stories are free. They are retrieved from a computer catalog of more than 100,000 original submissions by writers whose work has been evaluated by Short Edition's judges, and transmitted over a mobile network. Offerings can be tailored to specific interests: children's fiction, romance, even holiday-themed tales.

Scott Varner, executive director of strategic communications for Columbus City Schools in Ohio, said his district will have a total of five kiosks, the first two of which were installed in December. Stories are divided into two categories: young readers and everybody else. "We want to build excitement around reading," he said. "Especially among families."

Short Edition gets stories for its catalog by holding writing contests. It is holding one for students and faculty at Penn State called "New Beginnings". Varner asked if the company might hold a contest for stories about Columbus by local students and they are considering it, he said.

"It would be great to have 10th-graders writing stories for third graders," he said.

Short Edition, which is based in Grenoble and was founded by publishing executives, set up its first kiosk in 2016 and has 150 machines worldwide.

"We want to create a platform for independent artists, like the Sundance Institute," said Kristan Leroy, export director at Short Edition. The dispensers cost $US9200 ($11,800) plus an additional $US190 per month for content and software. The only thing that needs to be replaced is paper. The printed stories have a double life, shared an average of 2.1 times, said Leroy.

"The idea is to make people happy," she said. "There is too much doom and gloom today."

The first dispenser in the United States was at Coppola's San Francisco cafe in 2016. At the time, the director said the stories had the allure of classic manuscripts. "I'd like to see the city of San Francisco put them everywhere so that while waiting for a bus, or marriage licence, or lunch, you could get an artistic lift, free of charge," he said.

That hasn't happened — yet. Nurkin, of the Free Library of Philadelphia, has high hopes for his city. "We are interested in finding sites to engage audiences who aren't necessarily coming to the library," he said. So much so, the library is considering installing dispensers at the Family Court Building and the Philadelphia International Airport.

"It's like a literary magazine," he said. "You don't know what you are going to get. Who knows? Maybe you press a button and get a story written by your neighbour."