A homeless man jailed for stealing from victims of the Manchester Arena terror attack is back in prison after breaching the conditions of his early release.

Chris Parker was hailed a hero in the aftermath of the atrocity, with strangers donating more than £50,000 to get him off the streets after he claimed he ran inside the venue to help immediately after the blast.

But in reality he was a heartless thief who stole from the stricken and desperate and, in 2018, he was jailed for four years and three months. 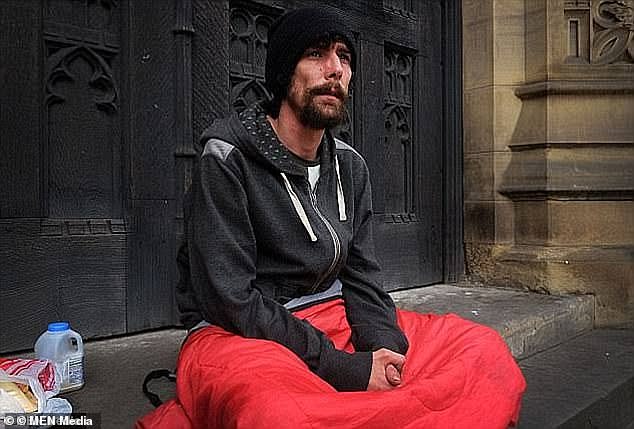 Chris Parker was hailed a hero in the aftermath of the atrocity, with strangers donating more than £50,000 to get him off the streets after he claimed he ran inside the venue to help immediately after the blast

He was released on licence about half way through his sentence but on January 8 police made a public appeal to the public to help track him down, saying he had breached the terms of his release.

He has now been tracked down and officials at the Ministry of Justice confirmed that Parker is now back in custody.

CCTV recovered by police showed Parker wandering around the foyer area of the Arena amid the dying and injured before looking through bags.

He was arrested, and in January 2018 admitted to stealing a purse belonging to Pauline Healey, whose 14-year-old granddaughter Sorrell Leczkowski was killed in the atrocity.

The then 33-year-old also stole an iPhone from a teenager who cannot be named for legal reasons and took photos of the wounded.

Prosecutors said that Parker did provide ‘some limited assistance’ to the injured, but Manchester Crown Court heard he ‘equally’ took the opportunity to steal from people. 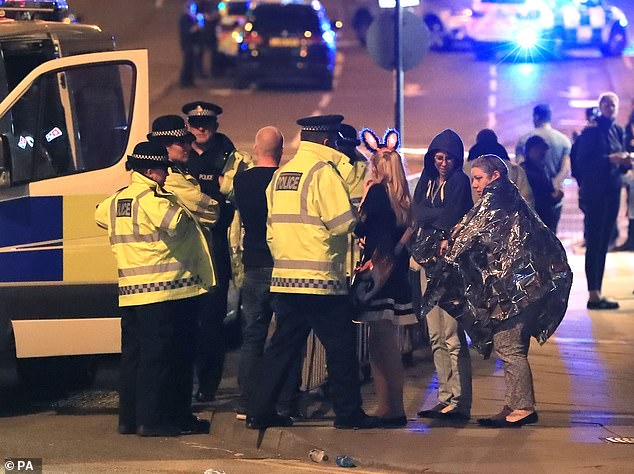 As emergency services helped those wounded in the Manchester Terror attack of May 2017, Parker stole bank cards and mobile phones from the dead and injured 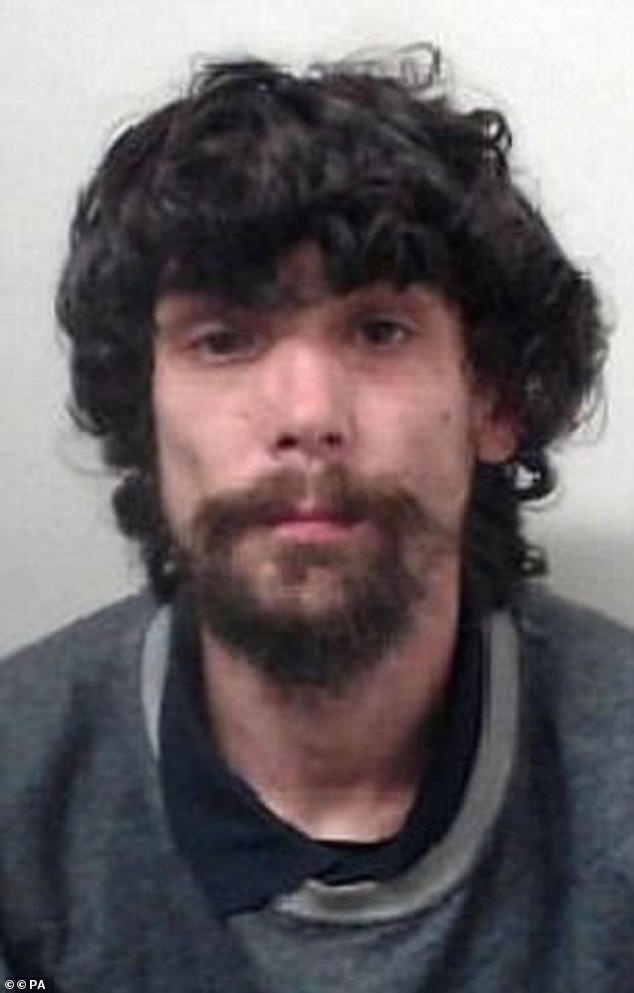 As well as admitting two counts of theft, he also pleaded guilty to one  count of fraud, after using Mrs Healey’s stolen bank card in a McDonald’s in Manchester between May 23 and May 26 – days after the attack that claimed the lives of 22 people.

Following his appearance in court, a GoFundMe page launched to to help him was shut down and the thousands of people who donated were able to request a refund.

Earlier this month, GMP appealed to the public to help locate Parker, saying he had breached the terms of his release.

The force refused to confirm that he had been recalled to prison.

However, a spokesman for the Ministry of Justice said he was now back in custody.