The French can say adieu to "le veggie burger" and au revoir to soy steaks after their parliament banned the use of meaty sounding names for vegetable-based substitutes because they mislead consumers.

In what is seen as a victory for France's powerful meat lobby, the new bill adopted on Thursday will make it illegal for vegetarian food producers to use "steak", "merguez", "bacon" or "sausage" – or any other meat-related expression – to describe food that is not partly or wholly composed of meat. 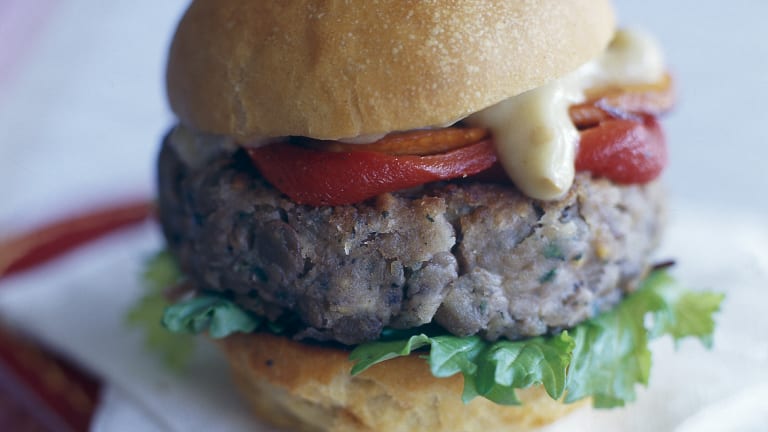 The French can say adieu to “le veggie burger”.

Even vegetarian products promising to have a "bacon taste" will be out of bounds.

"It is important to fight against false claims," said Jean-Baptiste Moreau, a cattle farmer and MP for La République en Marche (LREM) party, who proposed the law.

In a reaction on Twitter, he said: "Our products must be designated correctly: the terms of #cheese or #steak will be reserved for products of animal origin."

Mr Moreau has argued that current labelling confuses consumers who may wrongly believe they are eating pure, high-quality meat instead of a meat-and-soy combination, or a wholly vegetarian product.

The text stipulates that no food products containing a "significant part of vegetable-based matter" can be presented as meat.

It points out that a mixture of "meat and vegetable-based products, like soy, which is very profitable for the producer compared to a pure meat beef steak can be marketed in a way that gives the consumer the impression he is consuming meat only".

It denounced the "totally paradoxical" practice of presenting vegan products as having a "bacon taste" or being a "sausage substitute". The difference, it said, must be spelt out.

The change, which was tabled in the form of an amendment to a food and agriculture bill, will also apply to vegetarian or vegan products marketed as dairy alternatives.

It comes a year after the European Court of Justice ruled that dairy-related terms, such as "milk", "cream", "chantilly" and "cheese", are only allowed to be used on products made with real animal milk.

The debate comes after Marks and Spencer caused controversy in the UK for selling "cauliflower steak", a slice of grilled cauliflower with herbs, for £2 ($3.65) earlier this year.

One Twitter commentator noted that the mark-up was outrageous as "a cauliflower costs about 69p from a local veg shop".

"It is just patronising to suggest a cauliflower is a satisfactory substitute for a steak," wrote a blogger. "Let's face it, a white broccoli covered in salt and pepper and griddled to within an inch of its life, hasn't got a patch on a medium rare rump with a side of peppercorn sauce, has it?"

UK restaurants have been selling veggie burgers for years, but Gallic eateries only recently joined the bandwagon, hoping to cash in on the fact that "le burger" is now the favourite dish of the French when they eat out.