Investigators found DNA from 12 people at a location where one of the killers confessed to dissolving bodies in sulphuric acid, said Interior Secretary Alfonso Navarrete. 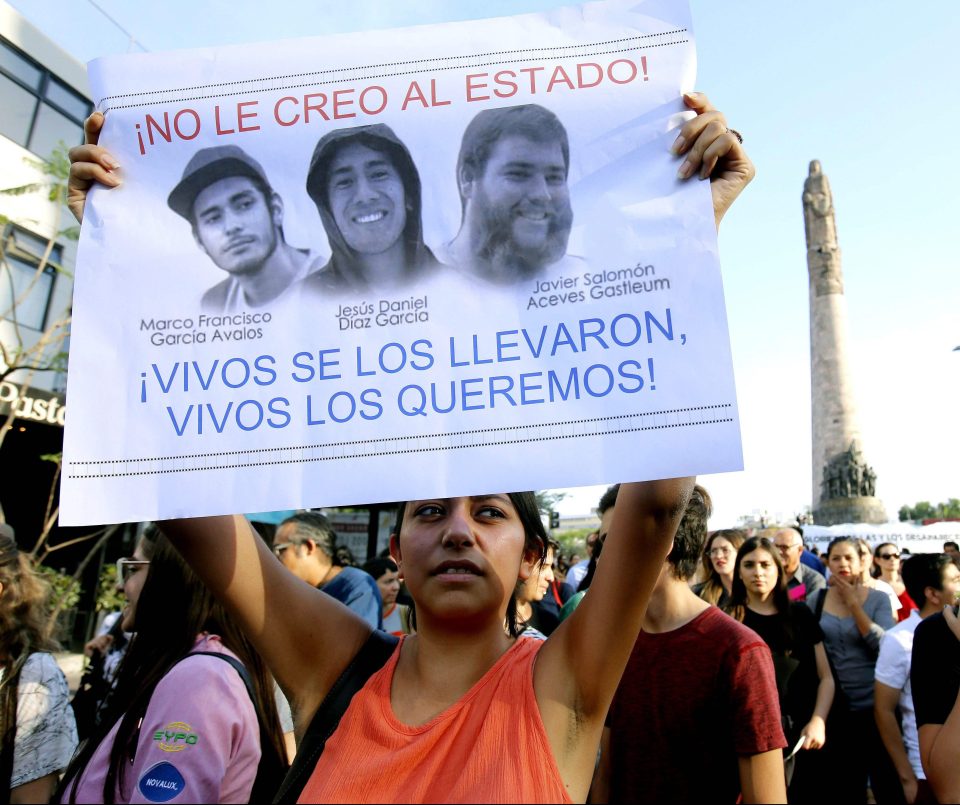 The minister did not say if any of the DNA matched the profiles of the three students who were abducted on March 19 on the outskirts of the western city of Guadalajara.

The murders of Daniel Diaz and Marco Avalo, both 20, and Javier Salomon Aceves, 25, horrified Mexico and drew tributes from international film directors.

The victims were working on a film project at a house that was being watched by members of the Jalisco New Generation cartel.

Prosecutors said: "Without knowing it, the students were in a very dangerous place which was being watched by hitmen." 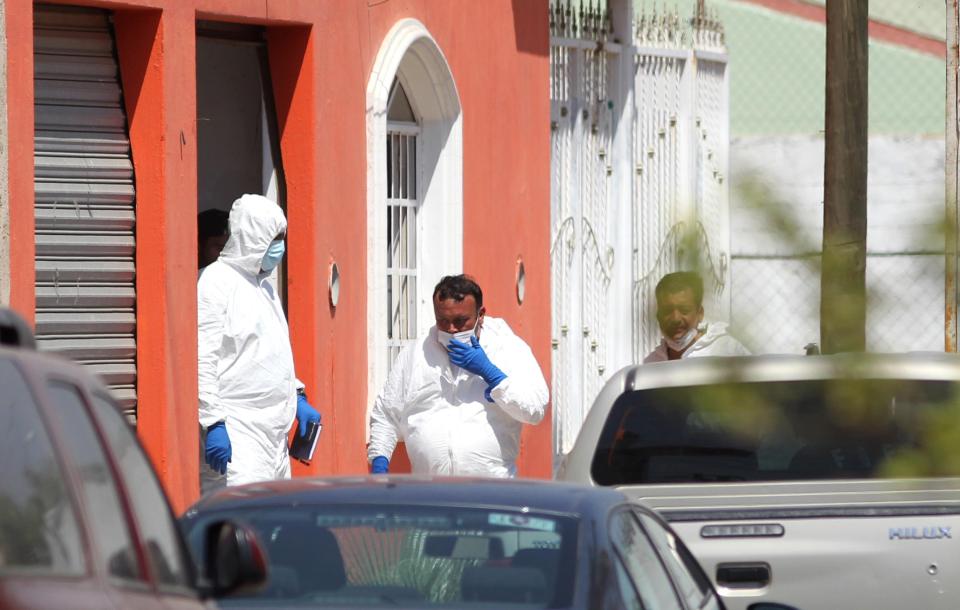 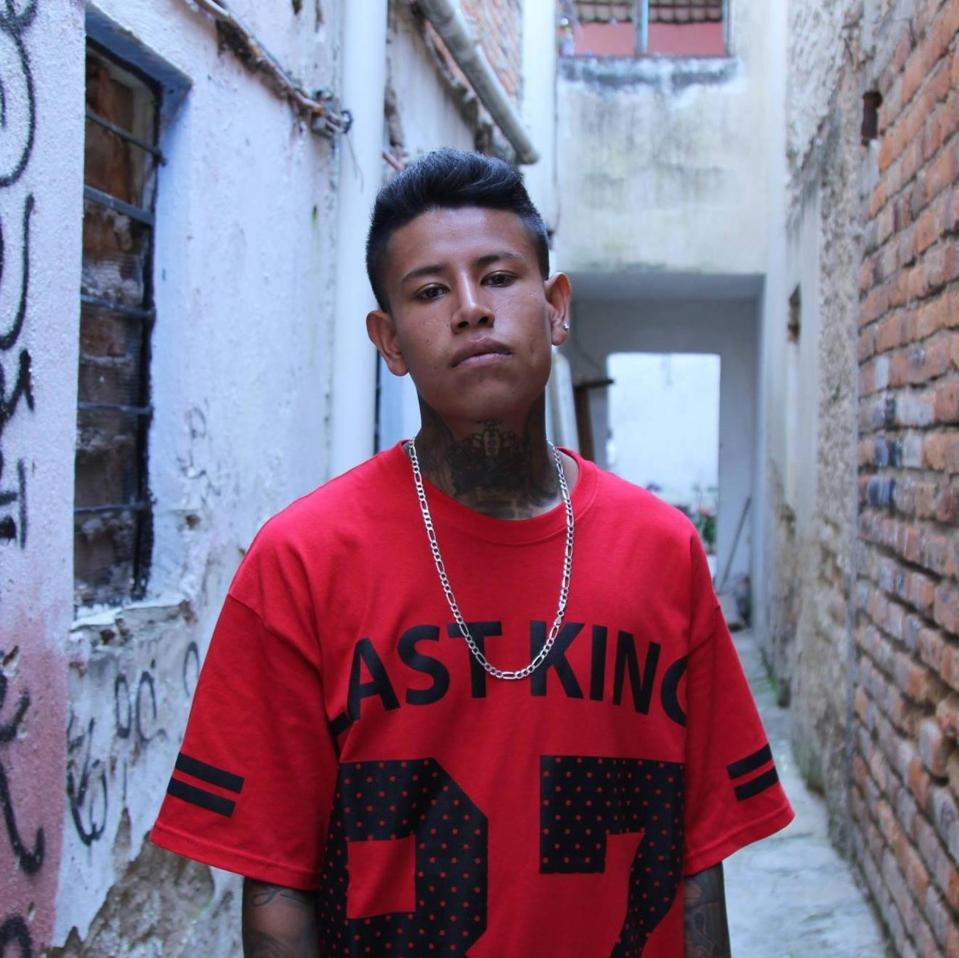 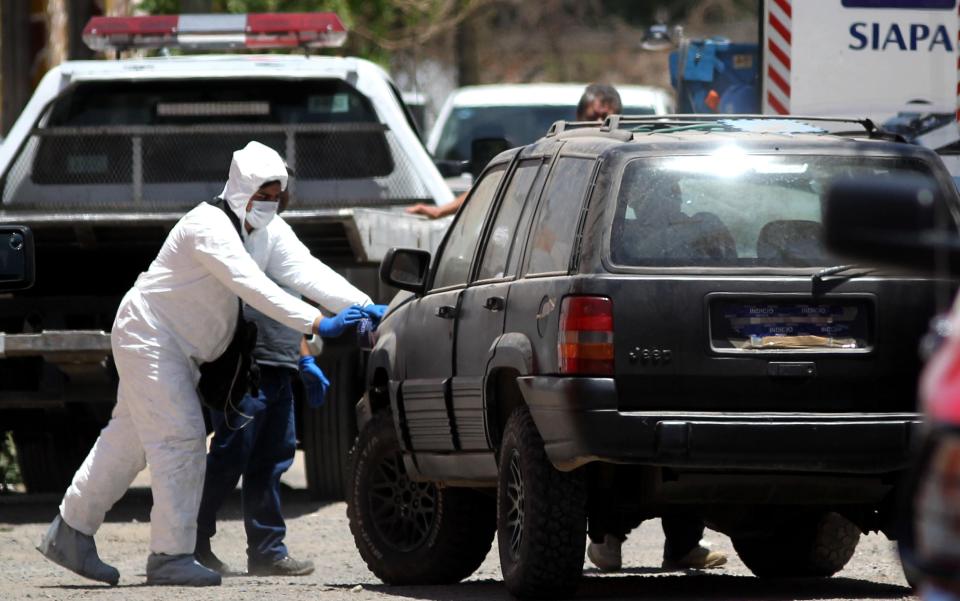 The gangsters mistook the students for members of a rival mob, Nueva Plaza, and posed as cops to pull over their car when they left, police said.

They were interrogated and one was beaten to death before the other two were also killed, one of three arrested suspects told cops.

Christian Omar Palma Gutierrez, 24, is a rapper who has half a million views on his YouTube channel where he posts songs describing an anguished, violent life of drugs and crime.

He is said to have confessed to working as a "cook" for the New Generation, Mexico's fastest-growing and most violent gang. 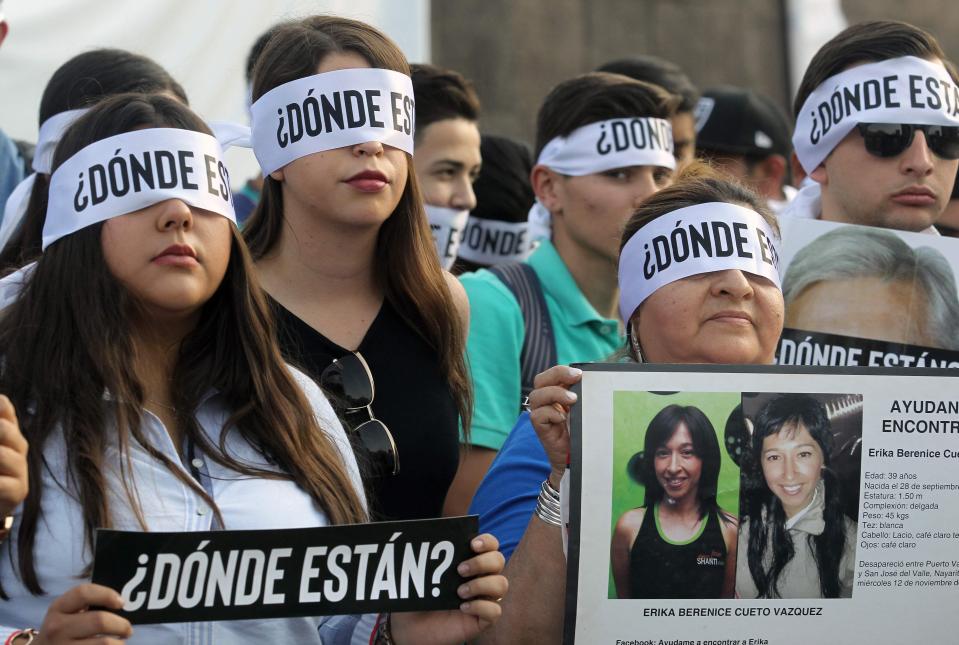 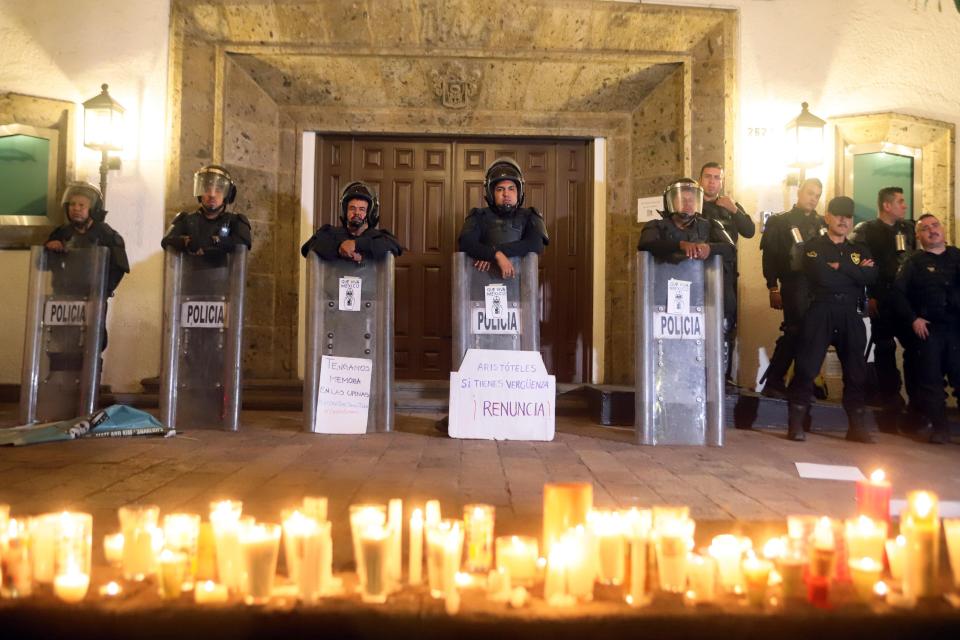 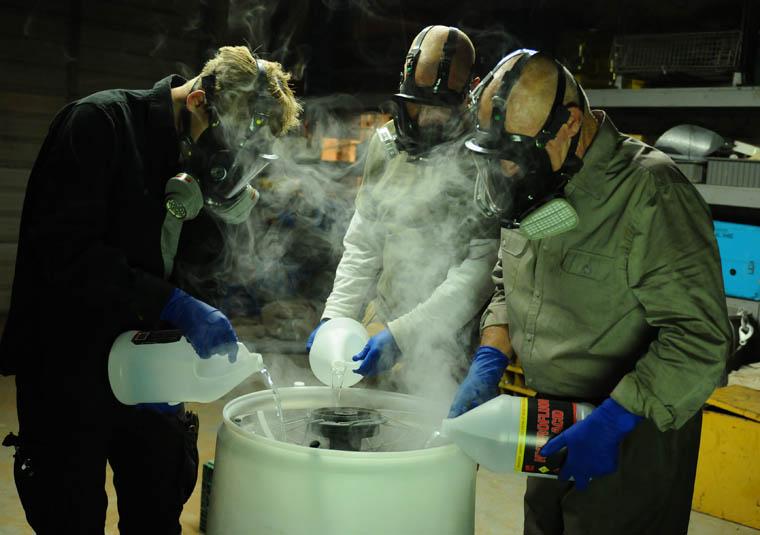 Gutierrez said he was paid £115 a week to dump bodies head-first into acid baths set up in water tanks in the yard of a cartel safe house.

He would come back after two days when the acid had done its work and open drain valves to flush the contents into the storm drain, and dump any remaining sludge in fields.

However, some fatty residue remained in the bottom of the tanks – allowing investigators to detect traces of human DNA.

The grisly details echo hit US TV drama Breaking Bad in which Walter White and his sidekick Jesse dispose of bodies in barrels of hydrofluoric acid.

Human rights chief Luis Gonzalez Perez said: "The effects of crime and violence against any person is bad enough, but it is worse when it is a case of young people who have a future."

Condolences for the victims' families also came in from the country's film institute and candidates in the July 1 presidential elections.

"Three students are killed and dissolved in acid. The 'why' is unthinkable, the 'how' is terrifying."

And in March tourists in Acapulco had to drive past dismembered cartel victims strewn in the roads.