Home » World News » Model LAPD cop, 23, is sued after killing father who came at her with a box cutter following BLM backlash over death

Model LAPD cop, 23, is sued after killing father who came at her with a box cutter following BLM backlash over death

AN LAPD officer and gun model is being sued for killing a young father she says came at her with a box cutter knife.

Toni McBride, 23, who is also known by her modeling nickname "Top Shot",killed Daniel Hernandez, 38, in downtown LA on April 22 after a five-car pileup. 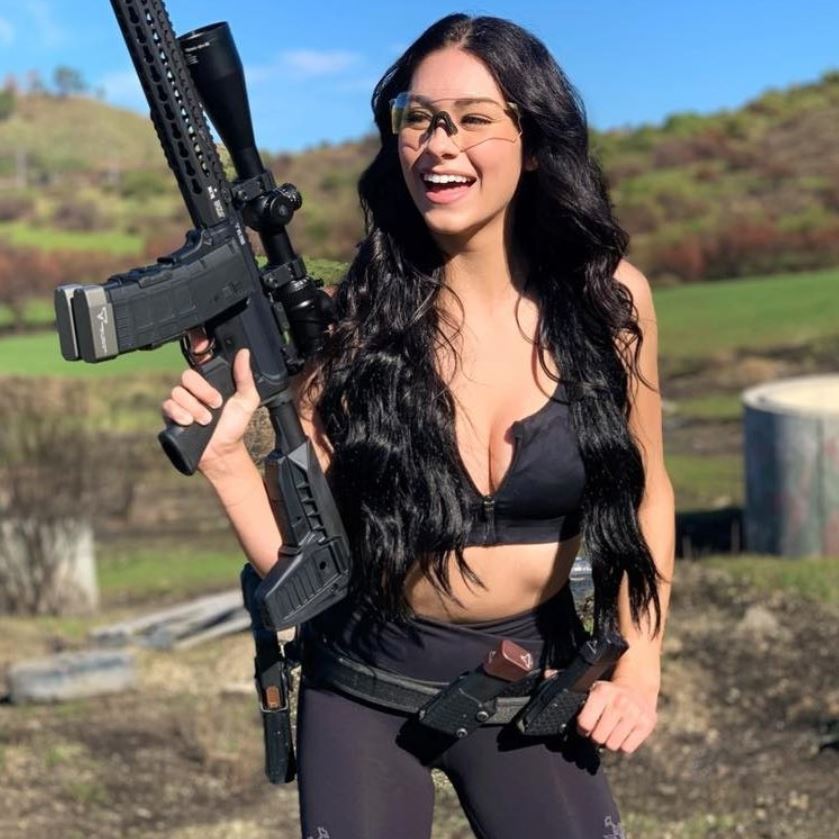 His heartbroken 14-year-old daughter, Melanie, is now suing the LAPD over the killing.

Hernandez’s death has now become a cause that is being protested by Black Lives Matter and questioned by a candidate for district attorney.

McBride alleges that Hernandez, who was a carpet layer, appeared to walk towards her with a small box cutter knife after he was involved in a multi-car accident and got out of his vehicle.

Hernandez allegedly refused to listen to instructions to stand still and was fatally shot, dying at the scene.

Shocking bodycam footage shows that McBride fired her Glock 17 handgun twice before Hernandez fell to the ground, then another four times as he tried to get back to his feet.

McBride is now back on the streets on patrol as the lawsuit progresses.

On the day of Hernandez's shooting, officers were sent to the scene of a traffic accident in which a man inside one of the cars was allegedly trying to stab himself.

The coroner's autopsy says that he had methamphetamine in his system.

Witnesses said he rejected any assistance and appeared to be cutting himself in the cab of his truck.

Bodycam footage shows that as McBride arrives on scene and has her gun drawn, she can be heard telling other drivers to get out of their cars and away from the crash site. 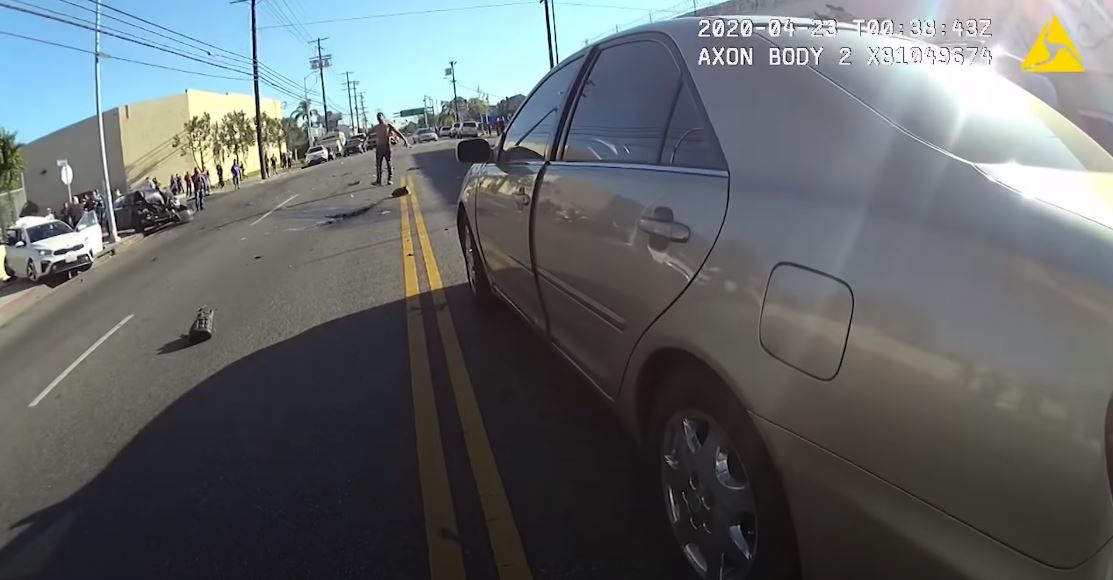 "Hey man let me see your hands." she said to Hernandez, who can be seen metres away in the middle of the road.

"Stay right there." she told him, before yelling "Drop the knife!" three times.

Hernandez stopped for a moment but then began to walk towards her slowly with outstretched arms.

"Drop it!" McBride yelled before firing at him twice.

Hernandez collapsed but then as he started to get up, McBride fired two more times. 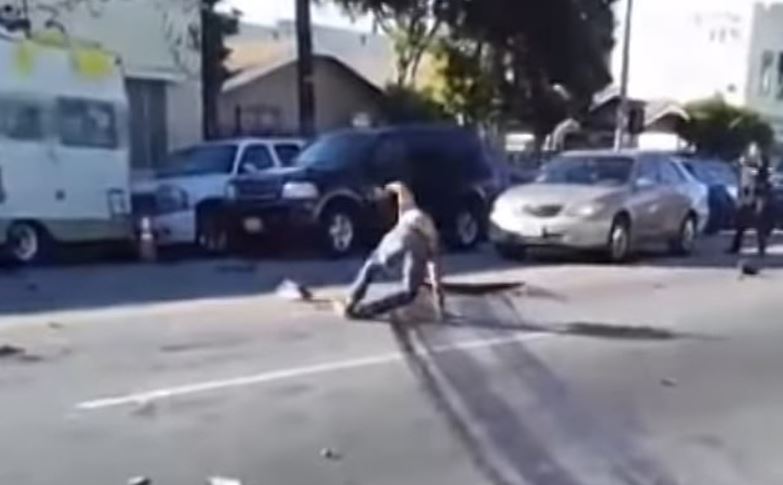 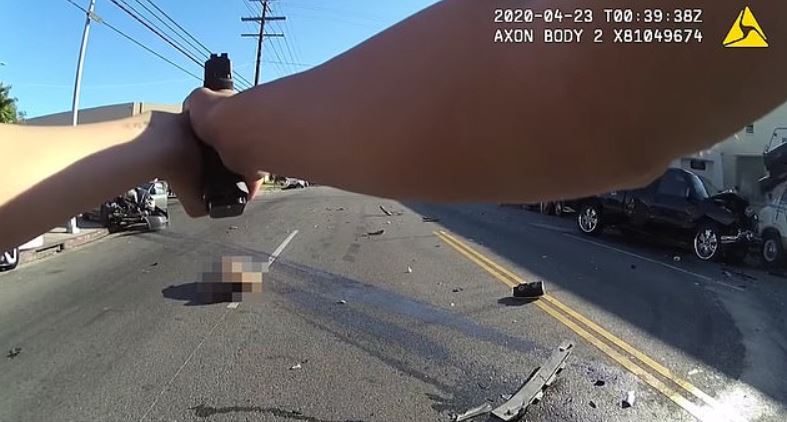 Hernandez then collapses again and McBride shoots two more rounds at him as he lay on the floor.

He was found with a box cutter knife in his hands which police kicked away as they cuffed his corpse.

His daughter's lawyer, Arnoldo Casillas, claims the shooting was unjustified and the officer who pulled the trigger had "reckless, violent and homicidal propensities".

"Do we want police officers to be gunslingers, or to live up to the LAPD motto, 'to protect and to serve?'" he told the LA Times. 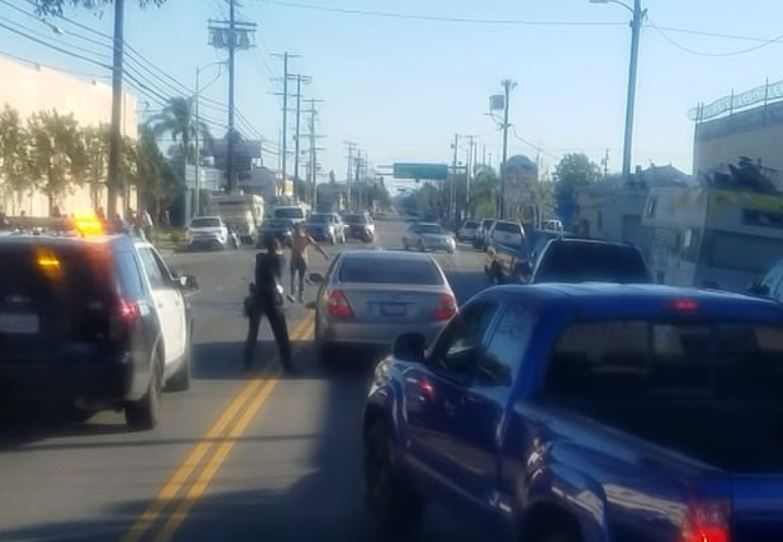 Hernandez’s parents and 14-year-old daughter argue that McBride could have done more to deescalate the confrontation.

They contend that she responded like the competitive shooter seen on video, racing to get off shots.

Casillas continued: “She loves to shoot all these things as fast as she can,”

'SHE LOVES TO SHOOT'

“That certainly is in stark contrast to the measured, cautious police officer, exhibiting a reverence for life. This isn’t a movie.”

The Hernandez family say that the police use of force is something that black and Latino people have been dealing with for decades.

The family's other attorney, Narine Mkrtchyan, told NBC Los Angeles he was too far away to be a threat to anyone. 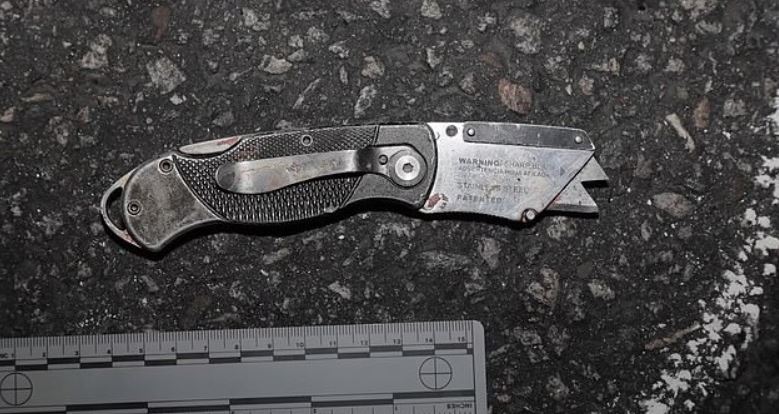 "You can clearly see that Daniel Hernandez gets out of a totaled car, walks shirtless, with hands to his sides, he's not making any gestures that's threatening to anyone," she said.

Mkrtchyan believes that other less-lethal options such as stun guns should have been used in the first instance.

"These are more experienced officers, probably, and they're not resorting to deadly force." Mkrtchyan said, referring to other officers at the scene who held back from firing.

'SHE DID EVERYTHING SHE COULD'

McBride's attorney has responded to the lawsuit saying that she wanted to ensure everybody involved was safe.

McBride's attorney Larry Hanna said: "She does everything she can to preserve life.

"She put her body in front of the citizens who were there and kept telling Hernandez to stop. She put out her hand, she did everything she could.

"She joined this department to help people who couldn't protect themselves. There were all these people around here, some frozen in their cars in fear, and this person was coming at them with a knife." Hanna said.

Others have defended McBride believing that the use of force was justified.

Police use-of-force expert, Ed Obayashi, said: "There is absolutely no doubt in my mind this officer was facing an immediate threat to her life."

McBride has been featured in shooting magazines and has long posted videos on her social media at shooting ranges.

She entered the Police Academy at 20 and became “top shot” in her class, according to a doting cover profile in The Blue Press, a catalog for a firearms ammunition company.

She has been featured in a number of profiles in magazines and her videos appear on the social media page of a Simi Valley shooting range, Taran Tactical Innovations. 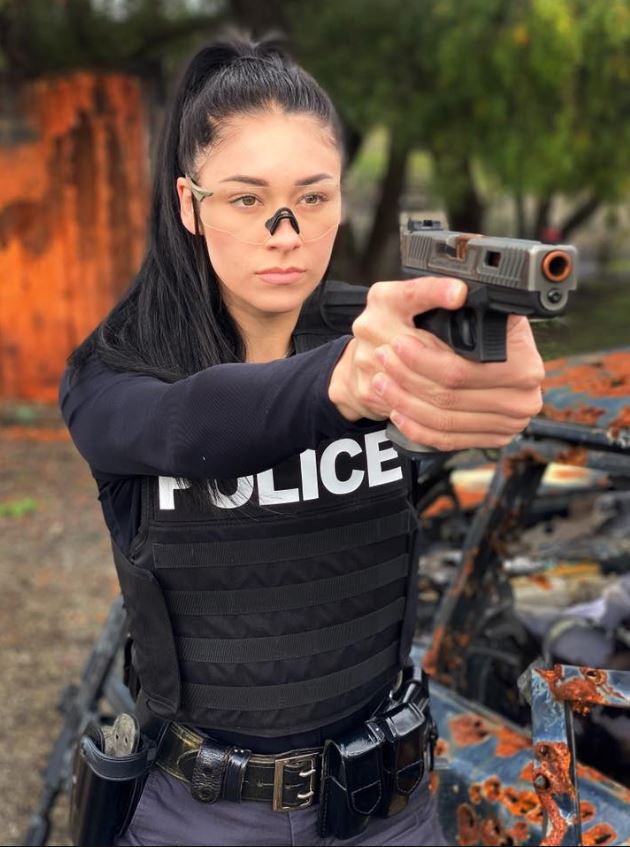 Located an hour northwest of Hollywood, celebrities and Instagram models, including McBride, come to fire assault-style rifles and shotguns at targets.

Keanu Reeves used the range for practising in his role as John Wick.

The Hernandez family is suggesting that such rapid-fire, playing-to-the-camera videos, run counter to LAPD policy that require a calm response and cool head.

The Hernandez case is currently being reviewed by detectives at the LAPD's Force Investigation Division who will decide whether McBride actions were within department policy.

McBride's father, Jamie, is one of nine directors of the LAPD’s powerful labor union and was involved in six shootings during his first 11 years on the job.

The painstaking investigation will likely take up to a year.

The LA County District Attorney's Office will then decide whether the killing was lawful. 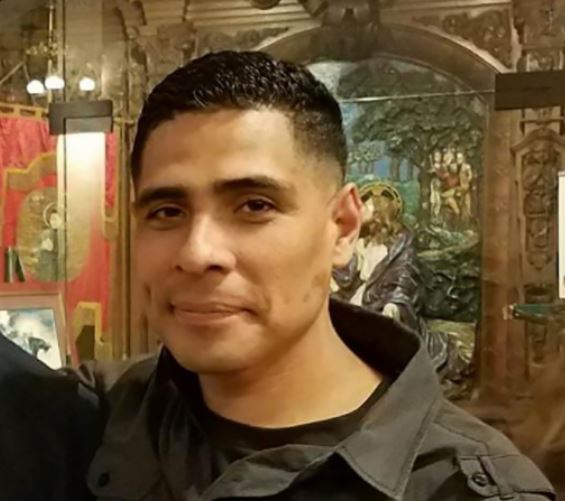 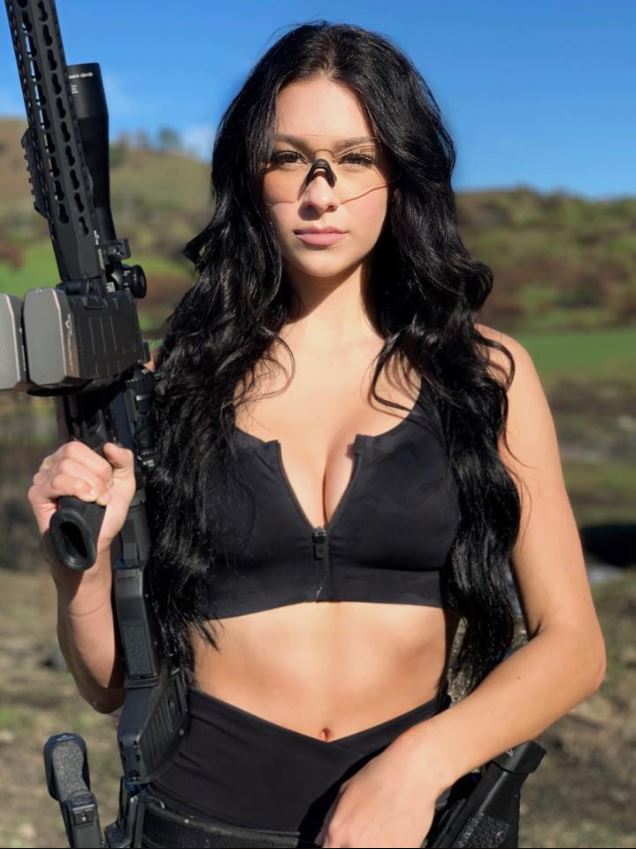 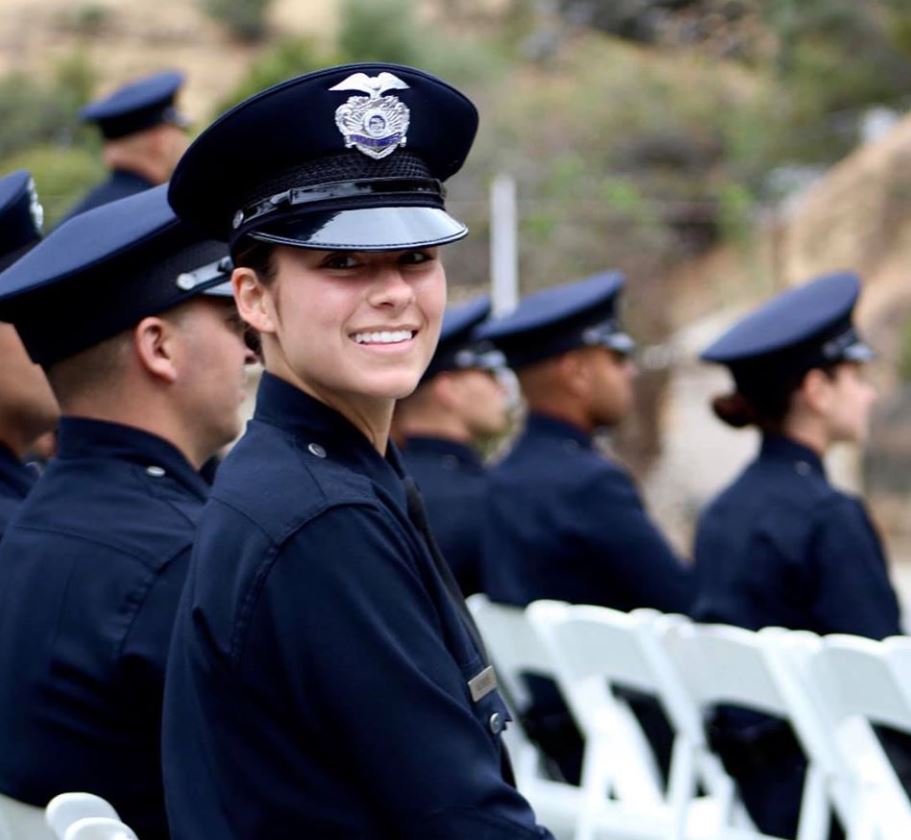 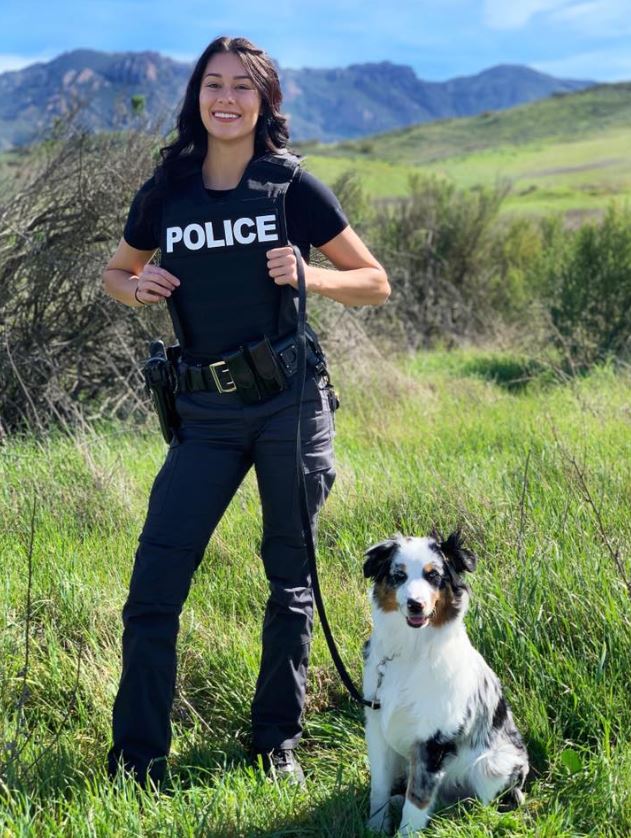