When the temperature falls to nearly 50 degrees below zero, it becomes almost impossible for the body to function. To do so, it needs to be wrapped in the latest extreme cold weather clothing, which can cost thousands of pounds. And even that may not prove adequate.

Think, then, of what it would have been like to endure such temperatures in Russia in the 1930s, without the benefit of modern technology.

Worse still, imagine you were in one of Stalin’s hellish forced labour camps — the notorious gulags — called Vorkuta, where only 30 per cent of the prisoners had underclothes and just half owned anything resembling a decent pair of boots. 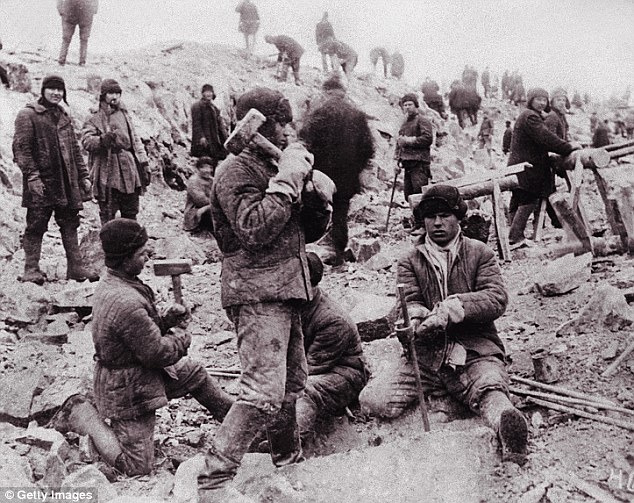 Gulag inmates were forced to construct the White Sea-Baltic Canal (Belomorkanal) between 1931 and 1933. According to official records and accounts in the works of Aleksandr Solzhenitsyn, between 12,000 and 240,000 laborers died during the construction of the canal 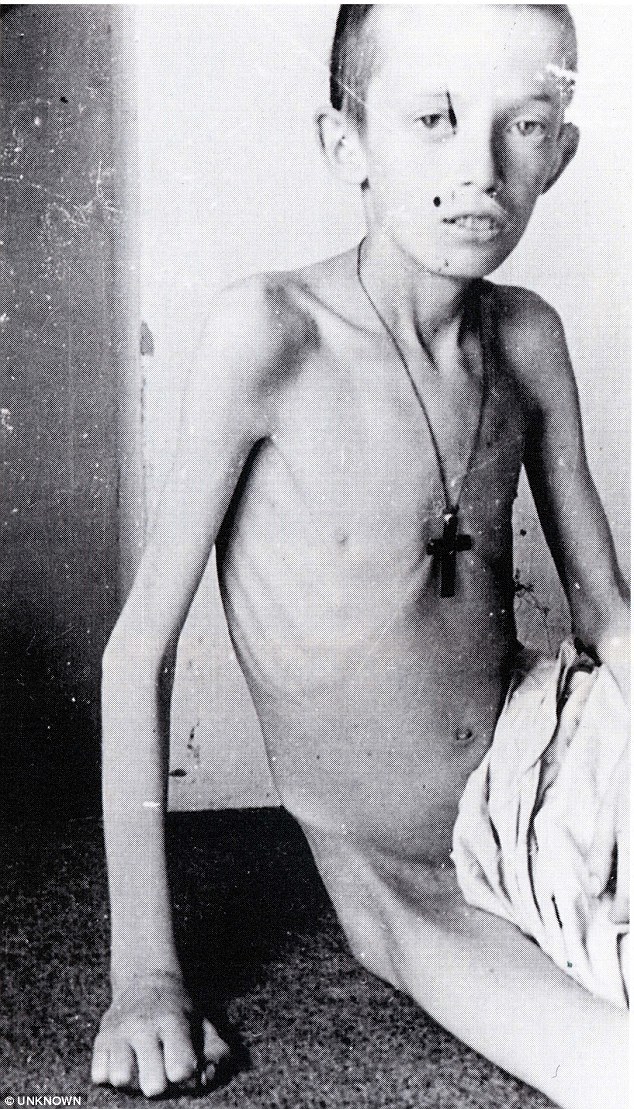 ‘It was dangerous to stop moving,’ one prisoner recalled. ‘During head count, we jumped, ran in place and slapped our bodies to keep warm.

‘Touching a metal tool with a bare hand could tear off the skin, and going to the bathroom was extremely dangerous. A bout of diarrhoea could land you in the snow for ever.’

To avoid exposing themselves to the cold, prisoners would often soil themselves, which would cause an unbearable stink.

And if the cold didn’t kill you, there was a strong chance that a fearsome Arctic storm would do Stalin’s dirty work. They struck with little warning, and with ‘a wild and terrifying howl’ would quickly shroud work parties in a freezing white fog.

Prisoners would hold a rope to navigate their way to safety indoors. But for any who lost their grip, death was all but certain and their bodies were not found until the next spring.

The brutality of the Soviet Union’s gulag system is, of course, well known. Indeed, the word is sometimes bandied about with black humour, used as jocular shorthand to describe anything from a particularly shoddy hotel to a tough boarding school. 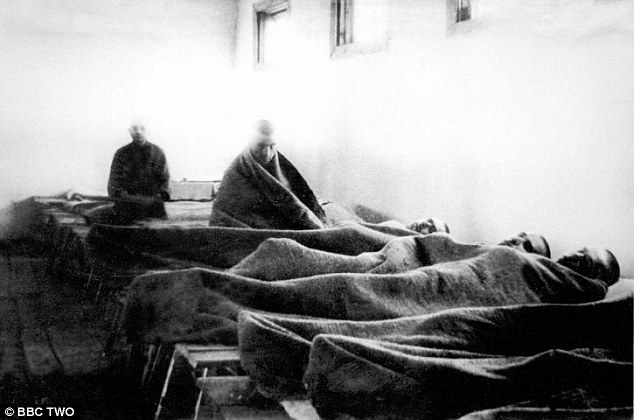 Prisoners pictured trying to keep warm in a gulag camp hospital. To avoid exposing themselves to the cold, prisoners would often soil themselves

But even those who use the word ‘gulag’ in this way surely know something of the true horror of what the word represents.

After all, this was a system, instigated by Lenin himself, that was designed to remove ‘counter-revolutionaries’ and other ‘undesirables’ from society by placing them in brutal camps in savagely inhospitable environments, and working them to death.

It was Stalin who perfected the system, and even after it was wound down and then formally abandoned in 1960, the gulags continued in all but name until the collapse of the Soviet Union in 1991.

No wonder, then, that this week there was a furore on social media when ‘trans rights’ activists at Goldsmiths, University of London, stated that Claire Graham, a special education needs teacher, should be sent to a gulag.

The activists, who call themselves ‘LGBTQ+ Goldsmiths’, objected to the fact that Ms Graham had written to them expressing her opposition to their targeting of feminist academics, who they claimed were prejudiced against transgender individuals.

‘I said that I thought their choice of language, in talking about lists and purging people, was intended to shut down debate about trans people and the law,’ said Ms Graham. ‘I then received unpleasant and dehumanising threats about being sent to the gulag.’ 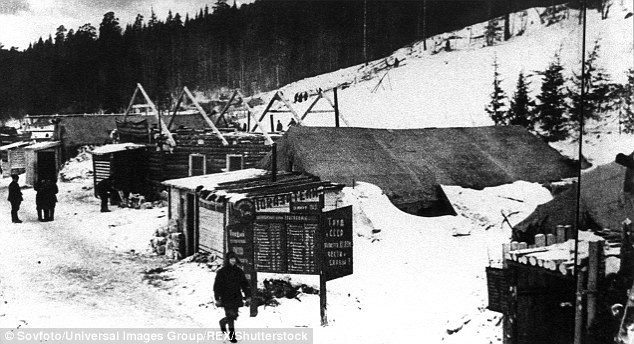 Incredibly, the group proceeded to issue a whole thread of tweets in which it claimed that ‘sending a bigot to one [a gulag] is actually a compassionate, non-violent course of action’.

To the ridicule of hundreds of thousands of Twitter users, the group then sought to justify this position by stating that gulag prisoners never served longer than ten years; that they were not worked until they died; that capital punishment was reserved for the worst criminals; that the system was ‘rehabilitatory’; that the prisoners earned wages ‘proportionate’ to those of free citizens; and finally, that they could indulge in regular educational activities, and could read books and put on plays.

They almost made a gulag sound like a holiday camp.

The tweets met with incredulity, not least from the Pulitzer Prize-winning historian Anne Applebaum, whose masterpiece, Gulag: A History Of The Soviet Camps, is considered the definitive account of this brutal network of prisons in which millions of Soviet citizens lost their lives. 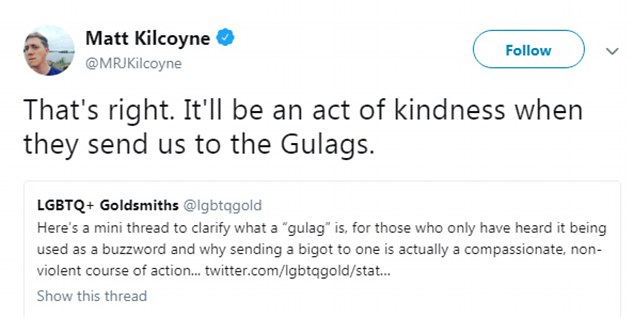 Anybody who has read her book will know that every preposterous claim made by the Stalin apologists of LGBTQ+ Goldsmiths is deeply offensive. But there is no doubt that such claims are gathering more currency, as the resurgent hard-Left in the Labour Party seeks to gloss over the murderous nature of communism.

Take the notion that the prisoners never served longer than ten years. Technically, this is correct — on paper, that was indeed the maximum sentence.

But what the students are ignoring — if they ever knew anything of what happened in the gulags — is that by the mid 1940s, the Soviet Union’s interior ministry, the NKVD, decreed that all prisoners would be exiled ‘in perpetuity’ after they had served their sentences.

In essence, prisoners were simply re-arrested after ten years and often never regained their freedom.

Ms Applebaum recounts how one man tried to complain that his wife had been arrested again after serving her sentence.

‘She has already served her time,’ he said to the legal official. ‘Does the law really permit you to punish a person twice for the same offence?’

‘Of course not,’ the official replied in amazement. ‘But what’s the law got to do with it?’

Then there is the bizarre assertion by LGBTQ+ Goldsmiths that it is ‘myth’ that gulag prisoners worked until they died. 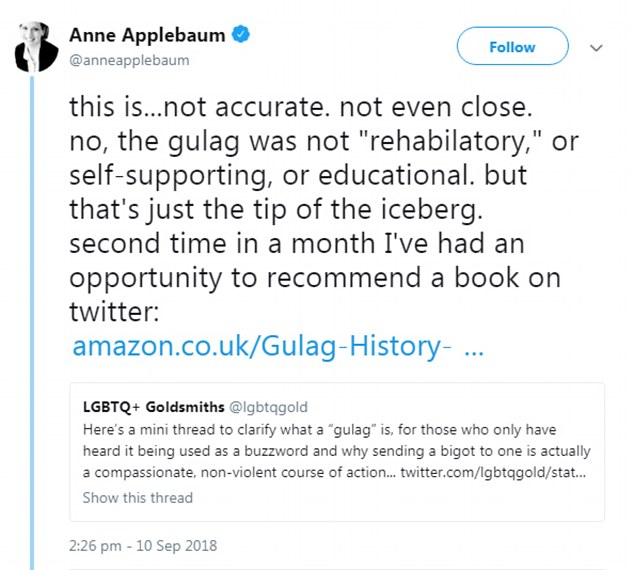 Even the Soviets’ own statistics reveal this to be a lie. In 1942 alone, no fewer than 352,560 prisoners died in the gulags — a quarter of all prisoners. Things got marginally ‘better’ the following year when only a fifth were to perish — 267,826 prisoners.

Many gulag prisoners would have died from illness, exposure and overwork, but some were simply shot, giving the lie to the falsehood propagated by LGBTQ+ Goldsmiths that ‘capital punishment was reserved for the most heinous, serious crimes’.

This overlooks the awkward fact that on August 25, 1937, Nikolai Yezhov, the head of the NKVD, signed an order stipulating ‘execution quotas’ for the gulags, to rid the system of ‘kulaks [formerly well-off peasants], thieves and other anti-Soviet elements’.

In one camp alone, Solovetsky, the quota was 1,200. Ms Applebaum recounts how the NKVD officer in charge of the mass murder was rewarded with a ‘valuable present’ for his ‘valour’. He would receive a different kind of reward a few months later — for he, too, was shot.

Another canard endorsed by the students is the idea that the gulag system was ‘rehabilitatory’. This is complete nonsense and flies in the face of all evidence. Stalin’s ambition for the gulags was not to reform those whom he saw as criminals, but to provide a giant pool of slave labour to realise his enormous construction projects. 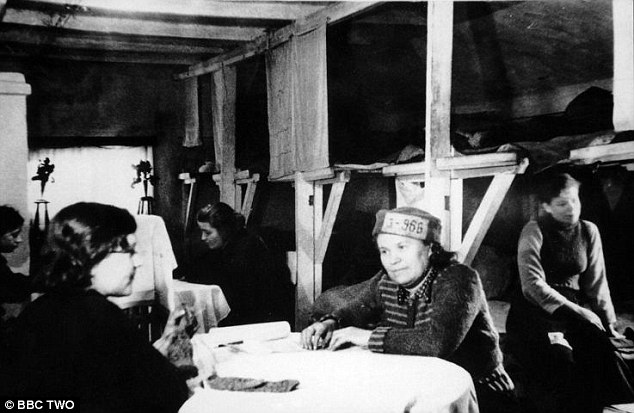 The gulag system wound down and was then formally abandoned in 1960. However, they continued in all but name until the collapse of the Soviet Union in 1991

Working people to death and exiling them in perpetuity is hardly the basis of a rehabilitatory prison system. In fact, the idea of rehabilitating prisoners emerged only when Nikita Khrushchev came to power in 1953 — and even then, there was concern that the process might overwhelm the authorities.

‘We were scared, really scared,’ the Soviet premier wrote. ‘We were afraid the thaw might unleash a flood that we wouldn’t be able to control, and which could drown us.’

Besides, the vast majority of gulag prisoners hadn’t committed any real crimes, so the idea of rehabilitation was a nonsense anyway.

In fact, the whole system did the opposite of ‘rehabilitating’ prisoners — it criminalised them. Starvation and deprivation tend to bring out the very worst in human nature, and the gulags were no exception.

That process would start even on the transports to the camps, some of which were on ships. 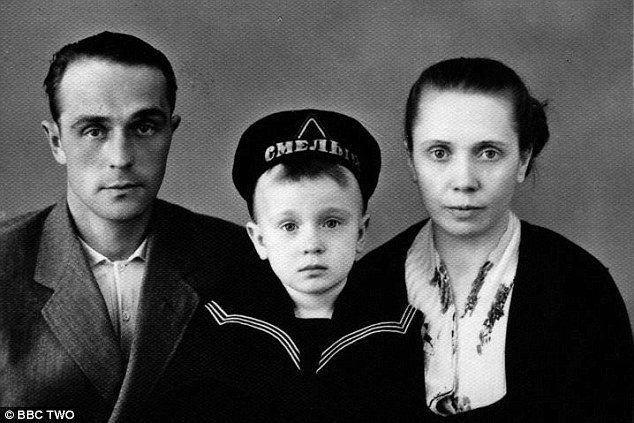 On one such transport in 1942, a Polish teenager recalled how the male prisoners smashed their way into the female compartment and started to rape women.

‘Several men attacked each woman at once,’ wrote Janusz Bardach. ‘I could see the victims’ white bodies twisting, their legs kicking forcefully, their hands clawing the men’s faces. The women hit, cried and wailed. When the rapists ran out of women, some of the bulkier men . . . hunted for young men. These adolescents were added to the carnage . . .’

The rest is too vile to relate here.

Some transports were by train, and the testimonies are reminiscent of those familiar to readers of Holocaust memoirs. Wagons intended for 18 people would have 48 crammed into them, and the occupants were given pitiful amounts of food and water.

On one transport during the bitter cold of December 1944, it was recorded how ‘the prisoners were given frozen bread, and for ten days got none at all’.

By the time the prisoners — wearing summer uniforms — arrived at the camp, many had frostbite and were covered in lice. They were the lucky ones.

Fifty-three prisoners had died on that transport of 1,402 people, and 400 more ended up in hospital.

Two more of the students’ notions also need debunking. The idea that the prisoners earned ‘proportionate wages’ is farcical, as any payments they did receive were almost immediately confiscated.

Then there is fanciful idea of ‘regular classes’ and ‘book clubs’. The few that existed were there to do only one thing — glorify Stalin. If that is what Goldsmiths students consider educative, then don’t let your son or daughter go anywhere near the place.

What’s more, there is one huge and appalling irony that has been overlooked by the LGBT+ activists — the fact that many gays and lesbians were sent to the gulags simply because their sexuality made them guilty of a crime under the notorious Article 121.

It is estimated that between 800 and 1,000 gay men were imprisoned each year under the brutal Soviet system, many of whom were to die. They would go on doing so for decades.

It is worth quoting at length the words of one gay man who was imprisoned for his ‘crime’.

‘I have experienced every possible nightmare and horror,’ wrote the Leningrad poet Gennady Trifonov in December 1977. ‘It is is impossible to get used to it. Over a period of 18 months I have seen daily what it is to be a convicted homosexual in a Soviet camp.

‘The position of gays in the death camps of the Third Reich was nothing compared to this.

‘They had a clear prospect for the future — the gas chamber. We lead a half-animal existence, condemned to die of hunger, nursing secret dreams of contracting some deadly disease for a few days’ peace in a bunk in the sick bay.

‘I know people who have either forgotten the end of their prison term or who have not managed physically to survive that long. Their bodies were taken off the electric wire; they were found hanging in prison cells, tortured to death by prisoners in bestial mood or beaten by guards, mad.’

If the members of LGBTQ+ Goldsmiths had looked the likes of Gennady Trifonov in the eye and told him that the gulags were ‘compassionate’, he might have been forgiven for responding with a criminal action.

If anybody needs re-educating, it is these woefully ignorant students at Goldsmiths.