Maybe it was his way of lowering his stress level after a downtown explosion on Christmas morning, but Nashville, Tenn., Mayor John Cooper drew some negative reactions on social media Friday after chuckling during an interview.

During the appearance on local TV, Cooper spoke about the work that investigators would be doing at the blast site.

"They’re gonna be super-careful," Cooper said, "and they’re gonna inspect everything and make sure that, you know, this is the only explosion that’s gonna happen in Nashville today." 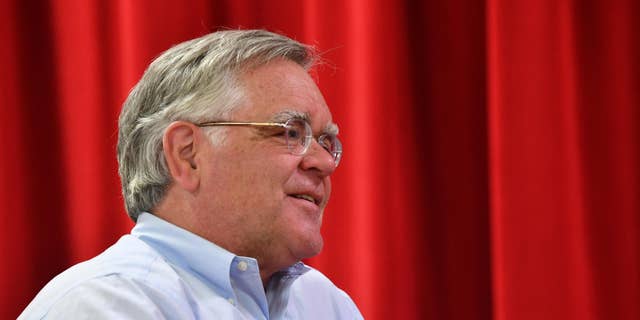 The 64-year-old Democrat, a Harvard-educated Nashville native who became the city’s mayor in September 2019, then let out a laugh before talking about broken water mains near the explosion site.

"Why is Nashville’s mayor laughing about a massive bomb ripping through hos downtown on Christmas????" one Twitter user wrote.

"This chuckling clown @JohnCooper4Nash is hot on the case!" another commented.

In other comments to the media, Cooper lavished his city’s police officers with praise for how they handled an unexpected and sudden crisis.

"These incredible heroes who ran to danger with uncertain outcomes ahead of them were responsible for so many injuries being saved," the mayor said at an evening news conference.

He said the officers in the area of the explosion "took swift action and directed people away to save lives – even at a time when their own lives would have been in peril.

"They are heroes and I am grateful to them."