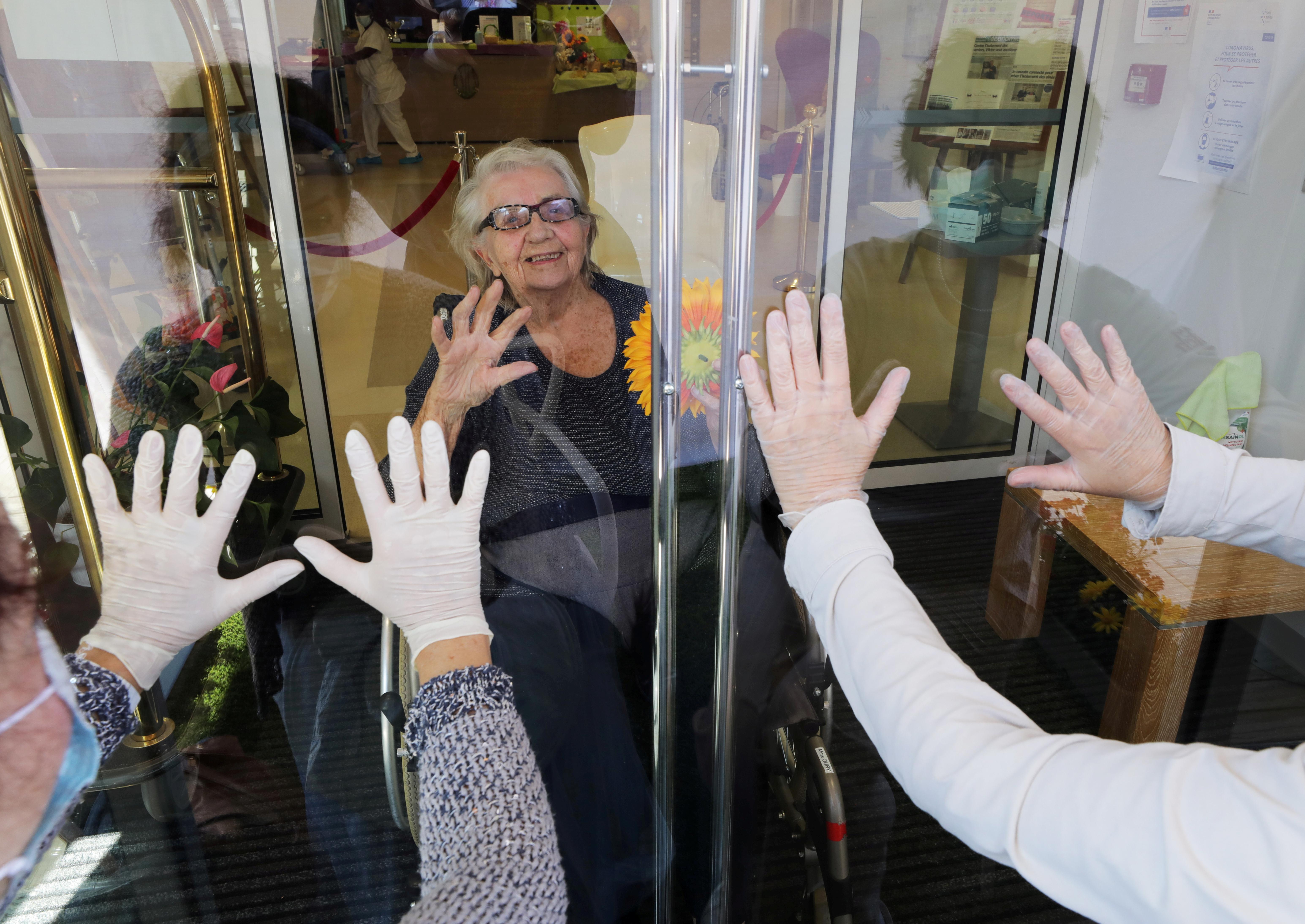 VILLENEUVE-LOUBET, France (Reuters) – Cecile Oury could not embrace her mother, an 89-year-old resident of a French nursing home, and they were divided by a transparent plastic screen, but they were at least together for the first time since the coronavirus outbreak.

“It’s great. It’s brilliant. It’s necessary,” said Oury, who came with her sister Anne to their mother’s nursing home after the French government earlier this week relaxed restrictions on visits it had imposed at the start of the outbreak.

Family visits to retirement homes were halted because of the risk they could contaminate residents. Elderly people are especially vulnerable to COVID-19, and the toll in nursing homes has been heavy.

But healthcare professionals have said that isolating vulnerable elderly people from their families is also a risk to their health, triggering depression and anxiety in some residents.

At Les Figuiers, the retirement home in the south of France where Cecile Oury’s mother, Marie-Louise Oury, is a resident, family visits are strictly controlled to prevent the virus spreading.

Family members cannot enter the facility. They instead sit on plastic chairs in an entranceway into the building. The doors are open, but a plexiglass screen has been erected to prevent physical contact. The resident sits on the other side of the screen.

Relatives must make an appointment, they cannot stay for more than 30 minutes, and they have to use disinfecting hand gel.

“It’s been more than a month that these people are deprived of their loves ones,” said Paul Bensadoun, head of the firm that owns Les Figuiers and other nursing homes. “It was clear we had to take this step.”