Northern Rail boss is slammed for tirade of ‘aggressive tweets’

A regional director for Northern Rail has come under fire for ‘aggressive tweets’ where he has told passengers that they’re asking ‘nonsense questions’.

Liam Sumpter, has also been slammed for blocking followers and belittling their failure to ‘grasp the basics’.

Mr Sumpter, who is the Arriva Rail North director, has to regularly deal with complaints on social media amid months of strike action, delays and overcrowding.

In his responses on his account @nettlecroft, Mr Sumpter, explains the circumstances and background but many of his responses have received complaints. 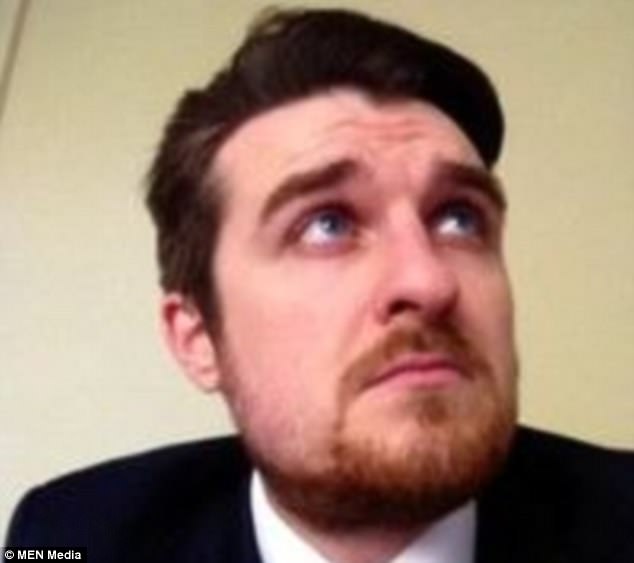 Northern say that the boss ‘chooses to engage directly with customers’ and deals with ‘criticism and tough topics’, but Mr Sumpter’s account has since been made private.

Greater Manchester Mayor Andy Burnham tweeted that he would be looking into a number of complaints surrounding ‘poor service’ from the operator.

However when a passenger informed Mr Burnham that Mr Sumpter had failed to reply Mr Sumpter fired back at him.

He tweeted him saying: ‘Not to yours Simon as they’re pretty much nonsense and never ask a sensible question. So…I’ll just block you to save us both time. See Ya.’ 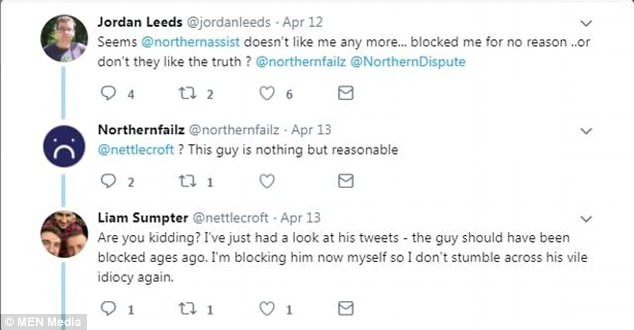 Following this he also told another of his followers that he would block them so he didn’t ‘stumble across his vile idiocy again’.

Mr Sumpter has been accused of ‘taking Northern’s customer service backwards’ by a passenger who commutes on the Bolton line, which has been plagued by overcrowding issues.

Mr Smith said: ‘His aggressive and condescending nature when communicating with customers is frankly unacceptable.

‘Like many customers, I am having to endure a terrible service at the moment. 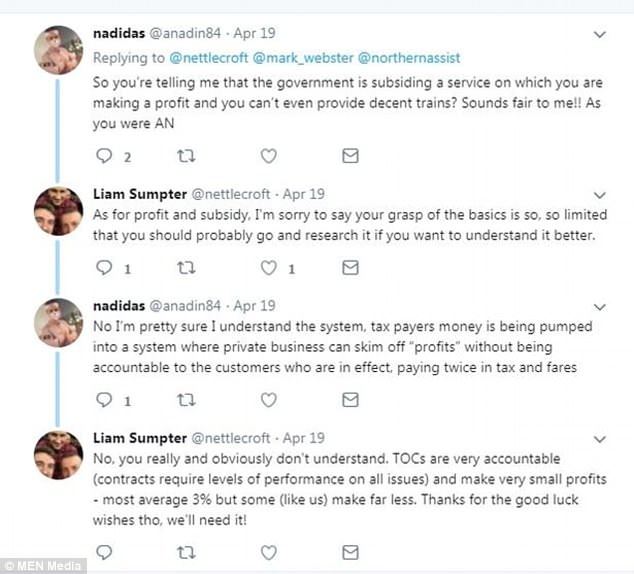 ‘This has been the case for the past three months, with endless cancellations across Greater Manchester, not to mention a major downgrading of the timetable on many routes from May.

‘Customers’ patience is being tested to the limit due to this, so do you honestly believe that in his position as a director of the company, Mr

‘Sumpter is truly representing Northern in the best light by being rude and argumentative with paying customers when engaging with them on Twitter?’

He added: ‘I am sure if station staff spoke to people in this way, it wouldn’t be tolerated.’ 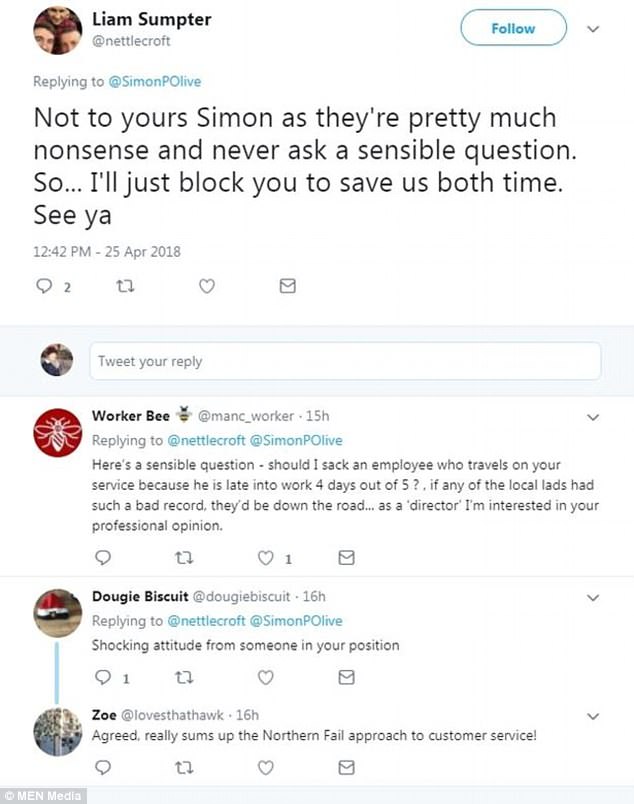 A Northern spokesman said: ‘Twitter is an excellent platform for customers to ask questions and share their frustrations with companies and brands.

Rather than rely on the corporate Twitter handle, Liam chooses to engage directly with customers, making it clear in his profile that the views are his own.

‘Through Q&As, videos and responding to enquiries and criticism directly, he deals with some of the tough topics such as strike action, disruption and delays. This openness is appreciated by many and these two examples are isolated and does not reflect the positive interactions he has with customers.

‘We have made Liam aware of the feedback. As his account is not managed 24/7 we would encourage customers to tweet @northernassist who are well placed to handle most enquiries.’

Over the last year, Northern services have been blighted by strike action as staff dispute plans for driver-only trains.