WITH decorations going up and carols being sung, the residents at Fountain Court are excitedly making their Christmas preparations.

Tenants at the extra care scheme in Gateshead, Tyne and Wear, are finally enjoying themselves after months living with the menace of Covid. 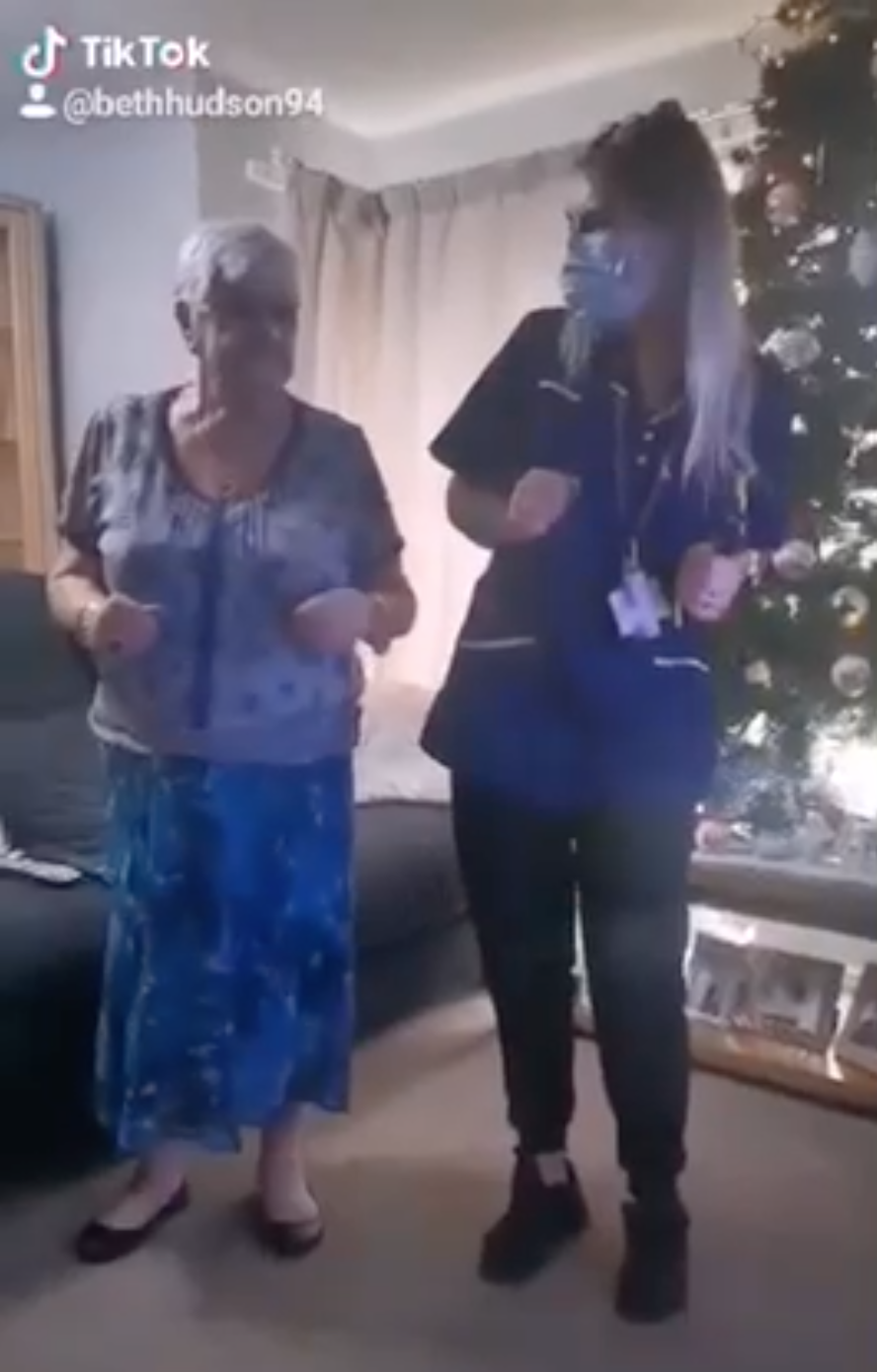 And as Joanne Swan, 39, Housing and Care Manager at Fountain Court knows all too well, the pandemic has taken a terrible toll on the care sector – including at Fountain Court, where 11 of the 40 residents caught the killer virus.

Joanne is one of countless care workers around the country who've had to miss out on seeing their own families for weeks in order to look after others' loved ones.

As part of The Sun's Christmas Together campaign, which combats loneliness, we are shining a light on the extraordinary lengths people have gone to this year to make sure the most vulnerable members of society haven't had to go through it alone.

Being an extra care scheme means residents live in their own self-contained homes, but have access to on-site care if and when they need it. 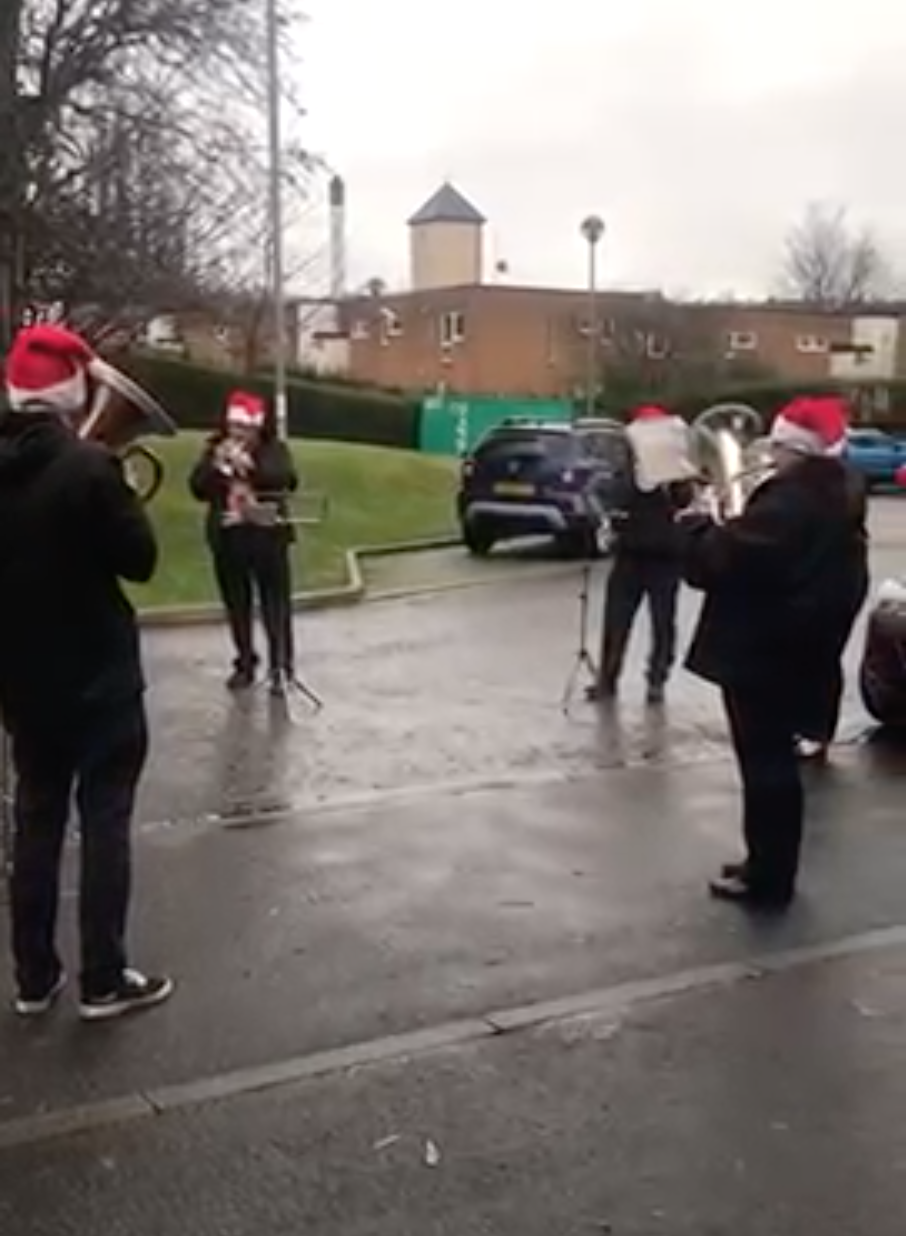 And part of the staff's work this year has meant keeping residents entertained and feeling festive while the country remains largely locked down.

“They’ve enjoyed putting music on in the lounge for them and the tenants are dancing," says Joanne. "But you have to keep reminding them: ‘Don’t get too close to each other!’”

A brass band even came to play for the residents, performing in the car park to keep a safe distance. 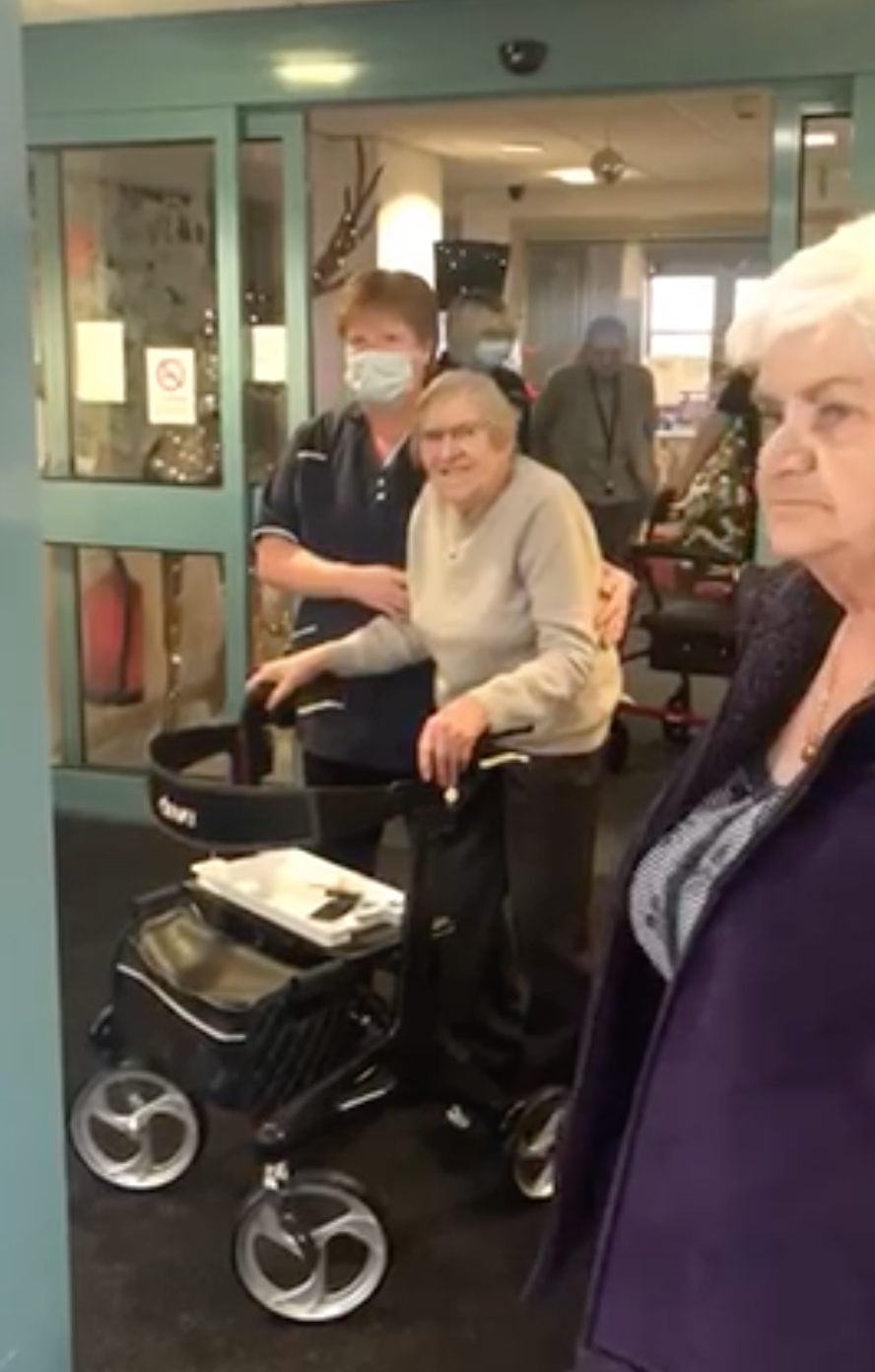 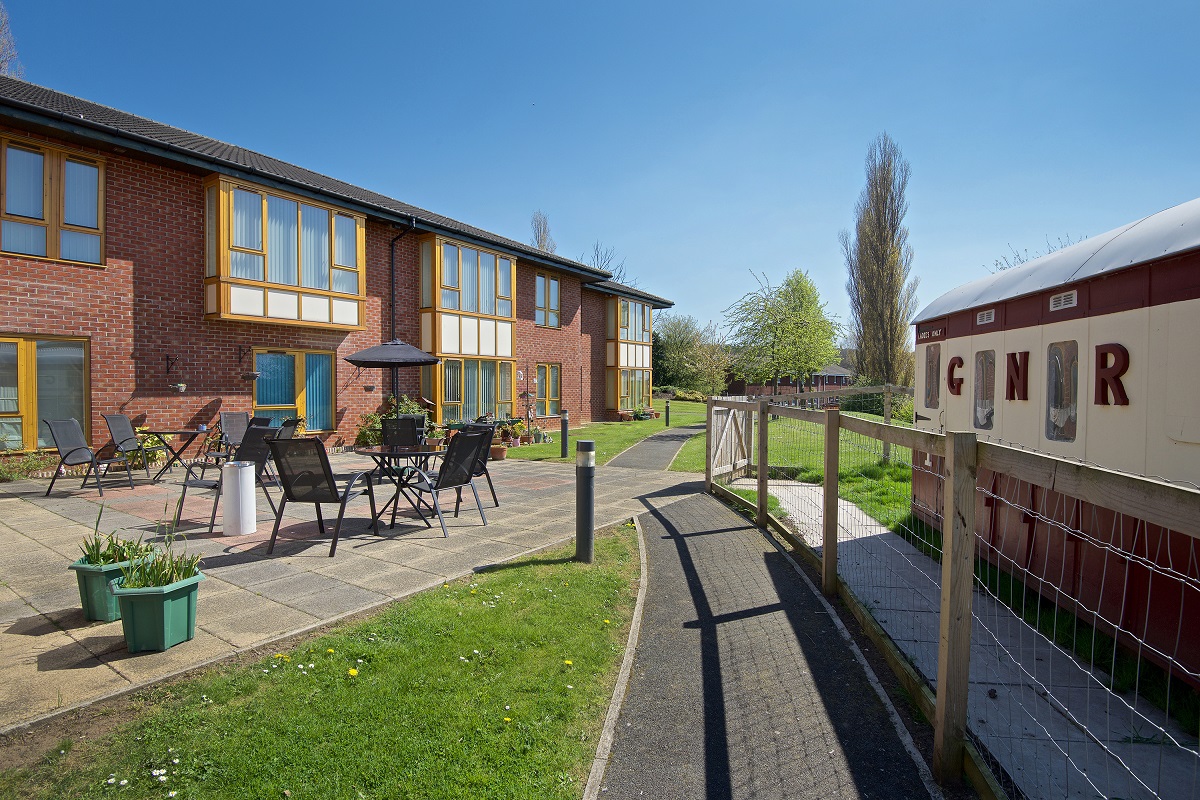 Joanne even took the decision to sleep on an airbed in her office for two weeks and had to cook her 40 tenants meals when the scheme's restaurant staff were furloughed.

But this festive jollity is a long way from the gruelling reality of earlier on in the pandemic. 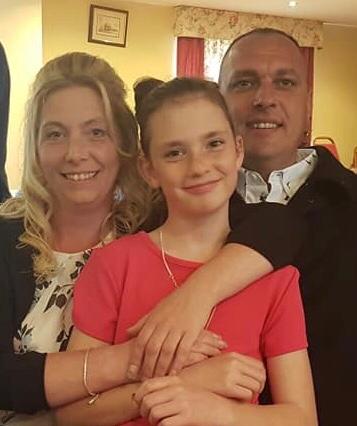 When the first Covid cases were confirmed in Fountain Court in April, Joanne knew she had to act quickly to contain it.

Two tenants who'd been in hospital for different illnesses contracted Covid-19 before returning to the facility, meaning the virus was soon going to be in the extra care scheme.

“It was scary in parts," Joanne says. "Some of the times you’d think: ‘Am I going to go to bed tonight and wake up with Covid in the morning?’

“But on the whole, you just had to get on with it."

Joanne even took the decision to sleep on an airbed in her office for two weeks after working long days looking after her residents. 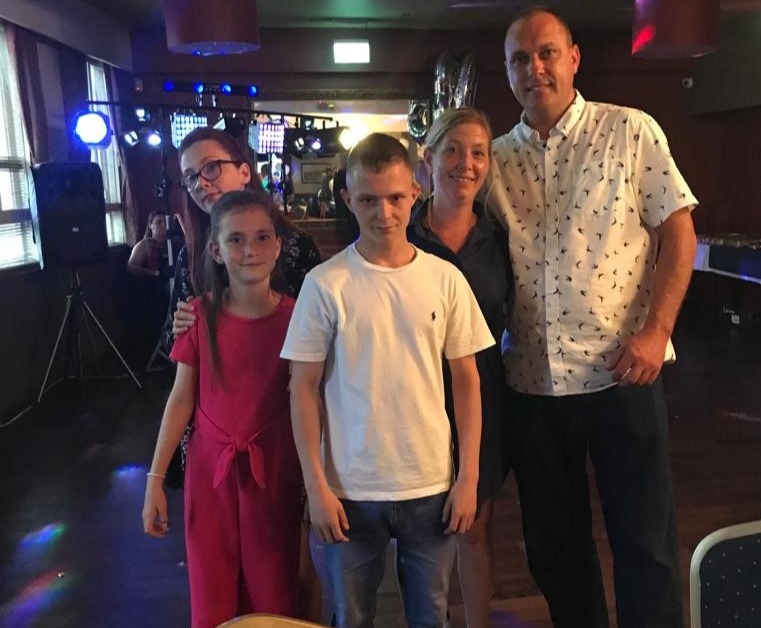 "It’s not just a job here. You grow attached to the tenants that you’re looking after.”

Joanne felt the strength of that bond when one of the tenants passed away with Covid. 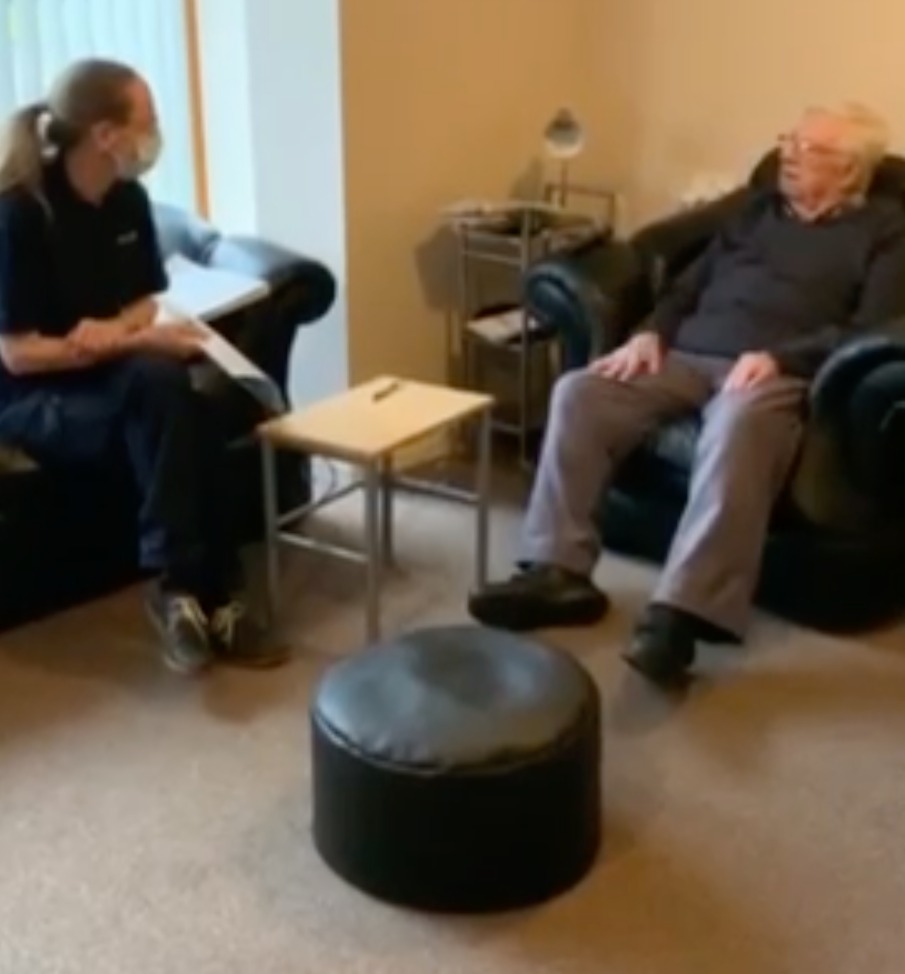 The loss was made all the more heartbreaking because Joanne and other staff were the only people who could be with the tenant during her final days.

“We were reading her letters from her family, showing her pictures that were sent in the post, liaising with her daughter all the time," Joanne says.

“It was difficult because her family couldn’t be with her for their own reasons and you just think if that was your family member, you’d want to be with them.

It’s not something you think you’re ever going to have to do.

"It’s not something you think you’re ever going to have to do.

"Normally, if you have someone that’s really poorly and you know you’re going to lose them, you’d have the family in."

Unable to have a birthday cuddle

While Joanne was making sure others weren't facing the pandemic alone, she was missing her own family. 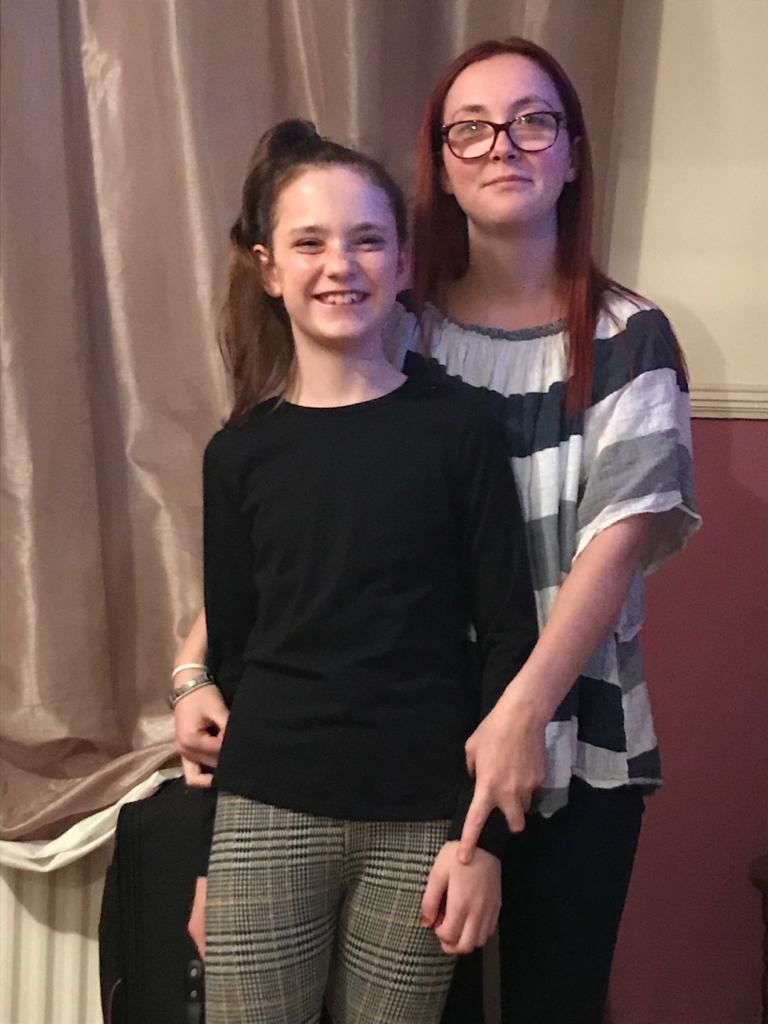 “I was doing 12-hour shifts, so by the time my shifts finished, the kids were tucked up in bed or watching films," Joanne says.

“And then why you try and ring them they’re like: ‘I don’t want to speak to you, I’m watching something, bye!’”

Worse still, Joanne was still sleeping at Fountain Court for her birthday at the end of April.

Staff put up banners and balloons and gave her gifts, while Stewart and Summer came for a socially-distanced visit.

"I did get to see my husband, but obviously I couldn’t go next to him," Joanne says.

It’s definitely the strangest situation I’ve ever been in in my life.

"I just went to the front door and he’d left my birthday presents on the path and my little girl was in the car, so I got to wave to her.

“It’s hard because you think: ‘She’s in the car – I want to give her a cuddle,’ but then you know you can’t.

“It’s definitely the strangest situation I’ve ever been in in my life."

When Joanne was safe to go home after the two weeks sleeping in her office, she still had to be extremely careful around her loved ones.

Her son Liam had a liver transplant when he was five which Joanne feared could put him at greater risk. 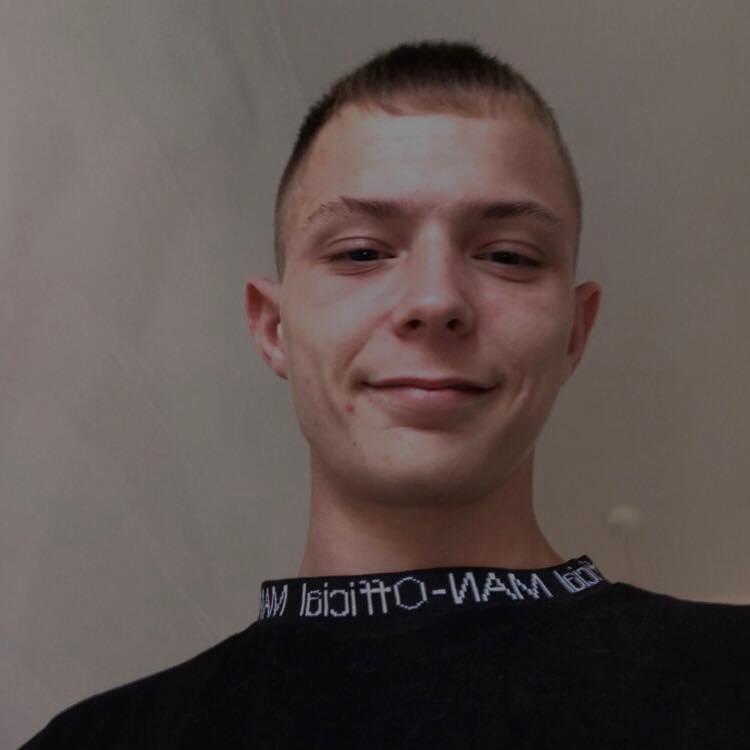 Even now she immediately takes her uniform off to go in the wash when she gets home from work and bathes before going into her sitting room.

“Keeping an eye on a 17-year-old is quite challenging," Joanne says. "Especially when they think they’re invincible!”

'The biggest shock of my life'

Joanne is now looking forward to spending Christmas with her family – and she's even had one gift early this year.

In October, Joanne received an email saying she was going to be awarded the British Empire Medal in the Queen's Birthday Honours list for her contribution in the response to the pandemic. 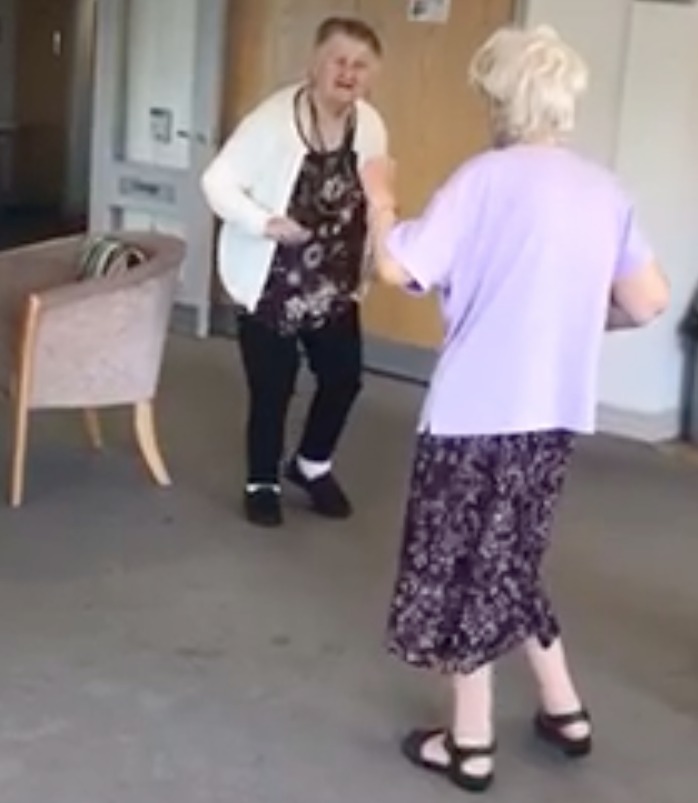 “It was the biggest shock of my life," she says.

“I actually got the email and thought it was a hoax!”

The award turned out to be genuine – but Joanne says her extraordinary effort was only possible because of her team.

“This year’s been extremely difficult, but it has been for everyone," she says.

“For me, I’m so grateful for the team that I’ve got, because I couldn’t do my job without them.

“They really are amazing. Not one of them hesitated about coming to live in.

“The minute I rang them and said: ‘We need to lock the scheme down, can you come and help?’ they were like: ‘Yep, no bother.'