Peer 'baffled' amid claims he was 'targeted by fake Huawei campaign'

A Lib Dem peer says he is ‘baffled’ by claims he was targeted by a fake PR campaign to help boost the perceptions of Chinese technology company Huawei.

Lord Clement-Jones was allegedly targeted in a covert bid to invite British politicians and business leaders to take part in staged radio interviews and email them fake news.

The bold claim is made in a dossier made in part by the firm co-founded by ex-MI6 spy Christopher Steele, the Guardian reports. Huawei deny the secret campaign.

Lord Clement-Jones said there was no need for elaborate clandestine methods because he has sat on Huawei’s international advisory board, and his connection to the company is ‘well known’.

‘They don’t have to have fake radio shows to reach me as far as I’m concerned,’ he said.

‘It’s all very baffling. It’s all a fantasy. We are not putty in the hand of manipulators.’ 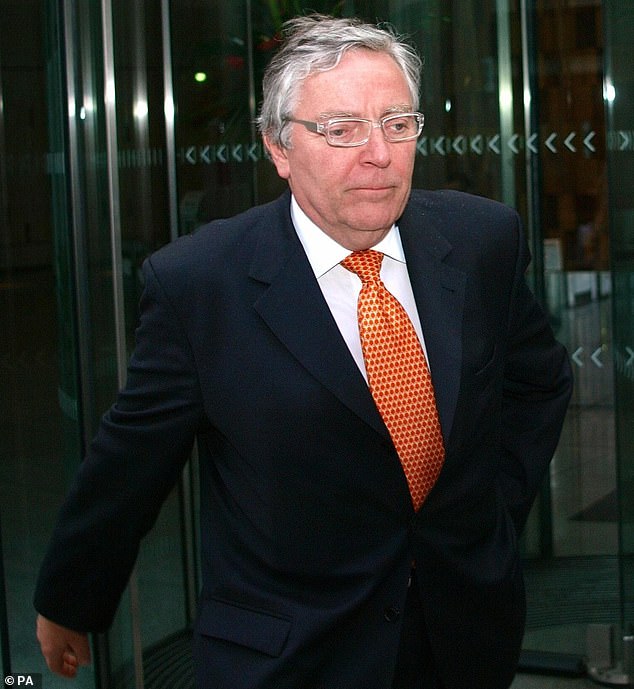 Lord Clement-Jones, a Liberal Democrat, was allegedly targeted in a covert bid to invite British politicians and business leaders to take part in staged radio interviews and email them fake news

Critics of Huawei are expected to use the emerging claims to pressure the Government into reversing plans to let the company construct as much as 35 per cent of Britain’s 5G network.

A Huawei spokesperson said the company ‘categorically refutes these unfounded allegations, which do not bear scrutiny and are regrettably the latest in the long-running US campaign against Huawei’.

They added: ‘They are designed to deliver maximum reputational damage to our business and have no basis in fact.’

Mr Steele’s firm Orbis Business Intelligence helped compile the new dossier, which is understood to allege that firms running the campaign were paid £24,000 a month while activities ran from 2017 until at least 2019.

Another alleged target was Sarah Wollaston, the former Conservative and Lib Dem MP, who before losing her seat was chairman of the liaison committee that had the ability to question the prime minister.

She said she had ‘no way of knowing’ if she had been a target and could not remember having any contact with the company apart from an offer – made through an intermediary – to sponsor an event last year.

Ms Wollaston said that once she realised the offer was from Huawei she did not want to be involved.

Culture Secretary Oliver Dowden has now said that US sanctions on Huawei are likely to have a ‘significant impact’ on the firm’s ability to play a role in the UK’s 5G network.

He said today that he has received a National Cyber Security Centre (NCSC) report on the Chinese technology firm and will be discussing it with Boris Johnson.

The Prime Minister has been under enduring pressure from his own backbenches to halt the company’s involvement over concerns that it presents a security risk. 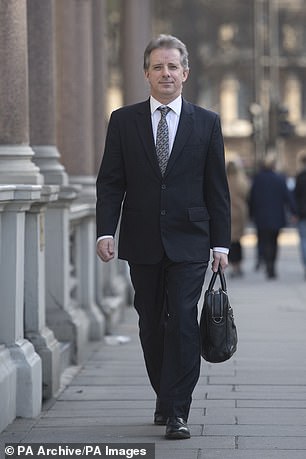 Mr Dowden said the decision to permit Huawei limited access is not ‘fixed in stone’, meaning a major U-turn from the PM could be on the horizon.

Mr Dowden said the NCSC had reviewed the impact of the sanctions announced by the US in May in a bid by Donald Trump’s administration to cut the firm off from international semiconductor supplies.

‘We believe that could have a significant impact on the reliability of Huawei equipment and whether we can use it safely,’ the minister told Sky News.

‘I’ve just received that advice, I’m working through it, the Prime Minister will do, and if it’s appropriate to change policy we’ll clearly make a statement in the House of Commons when we’ve been through that and reached a collective decision.’

Mr Dowden later said on LBC radio that he would aim to tell Parliament whether there is to be a policy change later this month, before MPs rise for the summer recess.

Mr Johnson’s move to allow Huawei a role set the Government at odds with the US, which had repeatedly warned against the firm amid clashes with China.

During an online press conference, he also accused some British politicians of regarding China as a ‘threat’ or a ‘hostile country’.

Huawei vice president Victor Zhang said the consequences of the sanctions were as yet unclear. 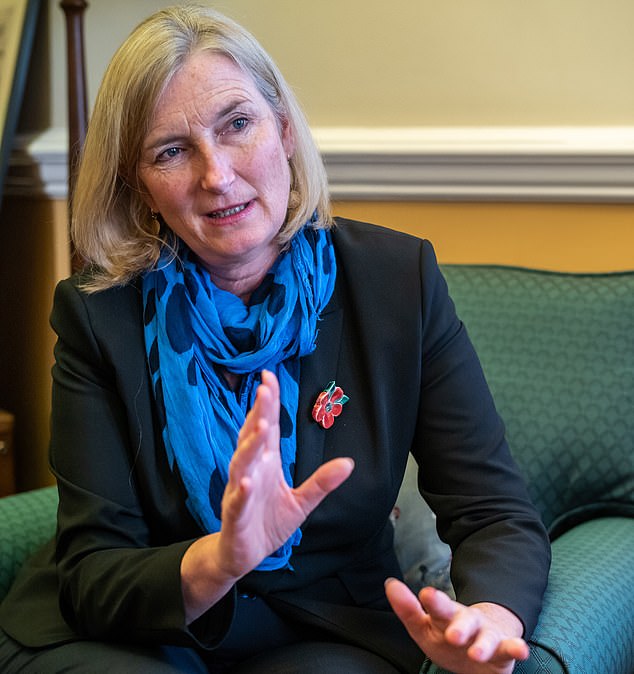 Another alleged target was Sarah Wollaston, the former Conservative and Lib Dem MP, who before losing her seat was chairman of the liaison committee that had the ability to question the prime minister

‘We are working closely with our customers to find ways of managing the proposed US restrictions so the UK can maintain its current lead in 5G. As ever, we remain open to discussions with the Government,’ he said.

‘We believe it is too early to determine the impact of the proposed restrictions, which are not about security, but about market position.’

Lord Mandelson, the Labour former minister who is bidding to become the World Trade Organisation’s director-general, said the sanctions had been a victory for the States.

‘We have to understand this is fundamentally not a question of security, it’s a commercial war between the US and China,’ he told BBC Radio 4’s Today programme.

‘President Trump said he wanted to demolish Huawei and he’s doing so through very draconian sanctions, and we’re collateral damage in that.

‘The Prime Minister would never have given the original go-ahead to the use of Huawei equipment if he was giving China a backdoor to our 5G network, but the point now is the agencies are being required by the Government to provide a cover for the change of position and they can do this because, operationally, Huawei has been disabled by the US sanctions, and that is a very heavy defeat by this Chinese company.’