Home » World News » Pelosi receives the vaccine, to be followed by other members of Congress and Supreme Court justices.

Pelosi receives the vaccine, to be followed by other members of Congress and Supreme Court justices. 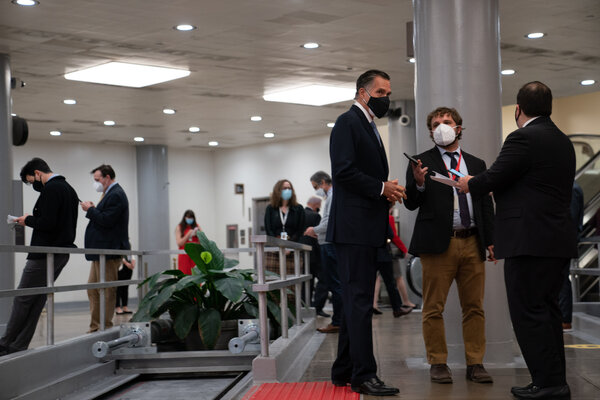 Members of Congress and the Supreme Court will begin receiving coronavirus vaccinations in the coming days in an effort to safeguard the functioning of the government.

Speaker Nancy Pelosi of California, who would be second in line to the presidency if the president or vice president were unable to serve, was among the first on Capitol Hill to receive the vaccine.

It was not immediately clear how many doses will be sent to Capitol Hill, but all 535 members of Congress and the nine justices are eligible under plans circulated on Thursday by Dr. Brian P. Monahan, the Capitol’s attending physician, who indicated that vaccinations would take place in medical offices, out of the public eye.

Dr. Monahan urged lawmakers to take advantage of the opportunity.

“My recommendation to you is absolutely unequivocal: There is no reason why you should defer receiving this vaccine,” he wrote. “The benefit far exceeds any small risk.”

Ms. Pelosi, 80, posted photos of herself receiving the shot inside the Capitol on Twitter. “Today, with confidence in science and at the direction of the Office of the Attending Physician, I received the Covid-19 vaccine,” she wrote.

The drive to vaccinate the nation’s elected and unelected leaders is part of a presidential directive meant to ensure that officials across the government are able to continue their work with minimal interruption. A limited number of support staff workers deemed “continuity essential” may also be vaccinated.

President Trump, who has had the virus, is not scheduled to be vaccinated, but Vice President Mike Pence received a dose on Friday morning, along with Jerome Adams, the surgeon general, and Mr. Pence’s wife, Karen Pence. Select executive branch officials are also expected to receive doses in the coming weeks.

Congress has struggled to keep its members — many of whom are 65 or older — healthy, given that members fly in and out frequently and have congregated indoors. About 50 lawmakers have tested positive for the virus, at times forcing the House and Senate to adjust or curtail its operations.

Lawmakers said they hoped their vaccinations would persuade skeptical Americans of all political affiliations to get a shot.

Mr. McConnell, a 78-year-old Kentucky Republican, has been one of the most outspoken members of his party in favor of following government health guidelines.

“As a polio survivor, I know both the fear of a disease and the extraordinary promise of hope that vaccines bring,” he said in a statement. “I truly hope all Kentuckians and Americans will heed this advice and accept this safe and effective vaccine.”