Pensioner wins battle to have neighbours' 8ft trees chopped down

Pensioner, 70, wins battle with neighbours to have their 8ft tall row of leylandii chopped down after he claimed they left his home in darkness and caused it to turn GREEN

A pensioner has won a long-running battle to have his neighbours cut their eight foot tall trees down after he claimed they left his home in darkness and was making it turn green.

Retired businessman Stephen Faichney, 70, said the row of fast-growing cypress leylandii trees were ruining his enjoyment of his garden and property in the village of Dairsie, near Cupar, Fife.

He also claimed that the lack of sunlight meant it was almost impossible to dry washing outside and that his home was changing colour because of the trees.

His neighbours Jim and Yvonne Wardrope moved into the farmhouse next door five years ago and planted the hedge row but were left ‘taken aback’ by Mr Faichney’s requests to trim the trees.

A government reporter has now given Mr and Mrs Wardrope until September to cut down the trees to 6.5ft. 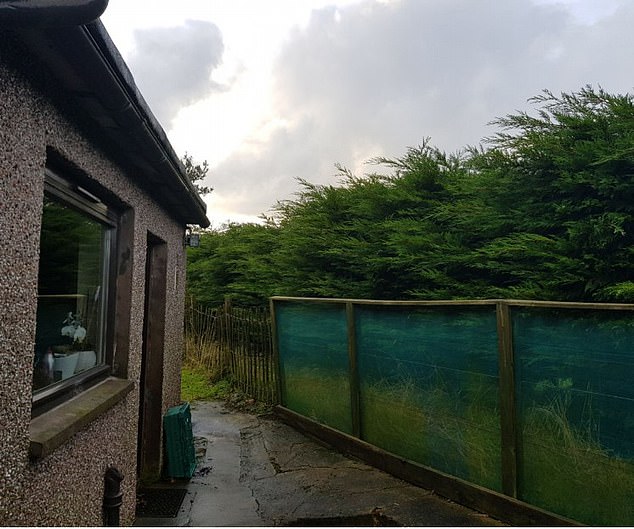 Stephen Faichney’s house and the row of trees. Mr Faichney insisted that the row of fast-growing cypress leylandii were ruining his enjoyment of his garden in the village of Dairsie 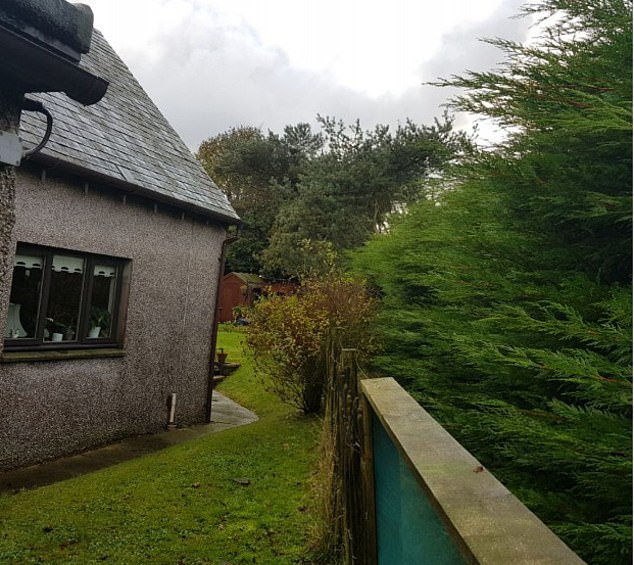 Mr Faichney, a retired businessman, turned to Fife Council and asked them to issue a high hedge notice on Mr and Mrs Wardrope to have the trees between the properties chopped

Mr Faichney had originally turned to Fife Council and asked them to issue a high hedge notice on Mr and Mrs Wardrope to have the trees between the properties chopped.

The council knocked back his application saying the hedge was not impacting upon the ‘reasonable enjoyment’ of the property and that neither the rear windows or garden were ‘significantly’ affected.

Mr Faichney appealed the council’s decision to the Scottish Government and said they had failed to apply high hedge laws properly, and a government reporter has now overturned their decision.

In a letter to the government, Mr Faichney said: ‘The rear of the property used to enjoy a lot of evening sunshine which is no longer the case and to say it does not impact on our use is not true.

‘We have been in this property for 40 years and this last year is the first time we have experienced green slippy paths which we have had to hire a power washer to clean. 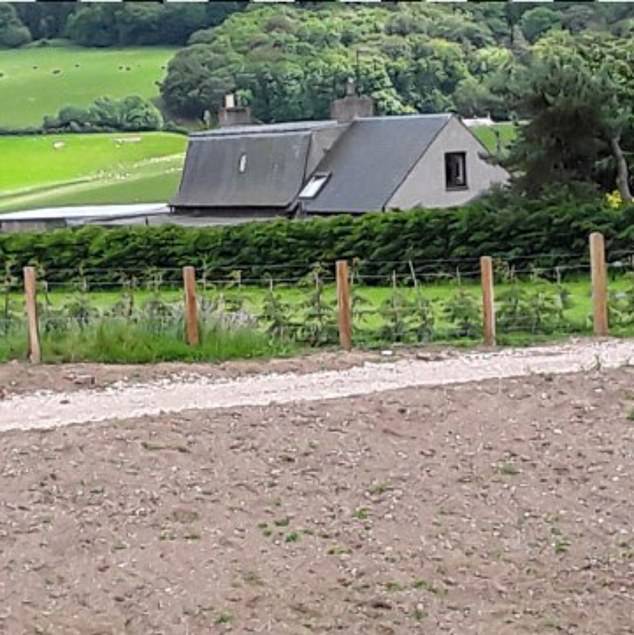 ‘The back of the house, particularly the area closest to the hedge, is starting to turn green – also a first and also quite concerning.

‘It would make sense for the hedge owner to be asked to cut this hedge back considerably to allow for future growth and maintenance.’

What is the high hedge legislation in Scotland?

The Act was put in place in order to provide a solution if neighbours have not been able to solve the issue between them.

It aims to resolve disputes over the effects of hedges which interfere with the reasonable enjoyment of someone’s home.

It is defined as a hedge which comprises of a row of two or more trees or shrubs; rises to a height of more than two metres (6.56ft) above ground level; and forms a barrier to light.

However, not all hedges above two metres will be classes as a ‘high hedge’, and this will only happen if a formal complaint is made with a high hedge notice and upheld by the council.

What doesn’t the Act cover?

The legislation does not apply to trees that do not form a hedge and does not cover single trees.

Appealing for the trees to remain, Mr and Mrs Wardrope said: ‘We find this exhausting, harassing and a waste of local authority’s time.

‘We moved to this area about five years ago, whereupon Mr Faichney approached us at the time of planting and asked if we were aware of the high hedge law in Scotland and presumed we would be maintaining the height.

‘We were so taken aback at this as it was the very first encounter with our nearest neighbour.

‘He was reassured that we would be maintaining it as and when required.

‘We find it all a bit bizarre and ridiculous. His property appears to be significantly lower ground level than our field which makes the hedge appear taller on his side.

‘It seems Mr Faichney has been used to his surroundings being unchanged for many years and now struggles to accept any changes taking place in the area.

‘It is clear to see that we have been maintaining and cutting the hedge on a regular basis.’

Ordering the trees be chopped, government reporter Rosie Leven said: ‘I conclude that, in the particular circumstances of this case, the hedge height is not appropriate and that other factors combine to create an adverse effect on the overall enjoyment of the appellant’s home that occupants could reasonably expect to have.

‘I find that lowering the hedge height would not significantly affect the amenity of the hedge owner, but would reduce the adverse effect on the appellant.

‘I find due to the oppressive effect of the dense hedge in the rear garden close to the boundary and the loss of daylight, particularly to the kitchen, which is a main room likely to be in use at several points during the day, that the hedge does have an adverse effect on the overall enjoyment of the property that occupants could reasonably expect to have.’