Home » World News » People, officers left trapped in vehicles by swarms of protesters — but officials mute on how to handle 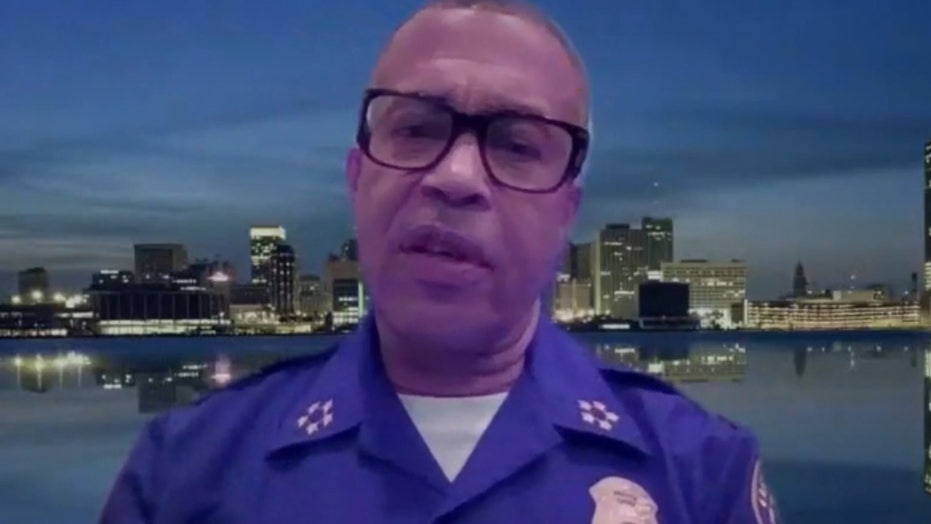 Protesters who have taken to streets around the country to demand a national reckoning on racial injustice since the death of George Floyd have used the tactic of blocking traffic – and in some instances captured on video – have swarmed cars, jumped on the hoods and even attacked drivers.

Depending on their point of view, some have likened incidents to Charlottesville-style attempts at vehicular manslaughter. Others seeing videos circulating on social media view the protesters as the agitators putting the safety of everyday citizens at risk.

A recent 911 call from a frightened Virginia woman who dialed for help when protesters pounded on the hood of her vehicle and blocked her path – all while her young daughter cried in the back seat – has left many questioning what to do should police officers not intervene on their behalf.

Officials have not given a clear recommendation on how to approach this kind of situation.

Detroit Mayor Mike Duggan posed the question to the public about what they would do in a similar situation — after officers were seen driving through a crowd of protesters on Sunday when crowds jumped on the hood of the SUV, obstructed their view, and broke in the back windshield.

"If you’re sitting in that police car and suddenly you’re blocked, what is your response to this crowd banging on the car and climbing on the car and trying to get at you?" Duggan asked, according to the Detroit Free Press.

As recently as Tuesday night, a 60-year-old man, who according to police was not participating in any protest or counter-protest, was shot while trying to drive through his hometown of Provo, Utah.

But cell phone video that only captured a portion of the incident showed the driver accelerating through a crowd of protesters, with many people falling to the ground. The man was behind the wheel of his white SUV on University Avenue and attempted to turn onto Center Street when protesters began “crowding around the vehicle.”

“A male protester ran to the SUV on the passenger side, pointed a handgun at the driver, and shot one round through the window,” according to a summary of the incident by Provo Deputy Police Chief John Geyerman provided to KSL.

FLORIDA COPS JOKING IN BODYCAM VIDEO AFTER FIRING RUBBER BULLETS AT PROTESTERS WERE UNDER ATTACK: CHIEF

The driver was struck by a bullet then “hit the gas trying to leave the situation,” according to police. The gunman then ran after the SUV and fired a second-round that went through the rear passenger window. He then “conceals the firearm and continues to protest.”

The same protester “later approached another vehicle at 500 North and University Avenue, striking and breaking the window with the handgun” before he was taken into custody. 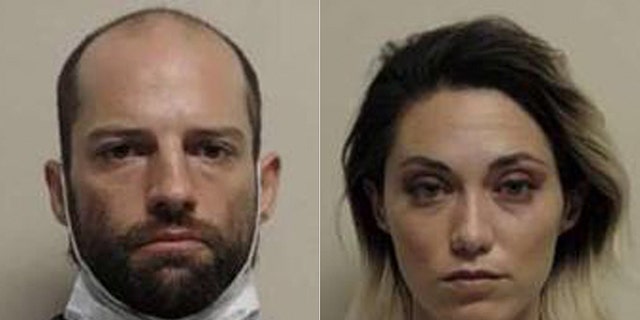 The gunman has since been identified as Jesse Taggart, 33, of Salt Lake City, and has been booked at the Utah County Jail on several charges, including attempted aggravated murder, aggravated assault causing serious bodily injury, rioting, threatening use of a weapon in a fight or quarrel, criminal mischief and firing a weapon near a highway.

A second protester, Samantha Darling, 27, of Ogden, was arrested for investigation of obstruction of justice and rioting in connection to the incident.

Detroit Police Chief James Craig defended his officers’ actions Monday and said the back windshield of the police car was shattered and officers believed “they could be shot at, or were being fired upon.”

“When you talk about training, if you run into an ambush situation the proper course is to get out for your safety and that is exactly what these officers opted to do,” Craig said, adding the ongoing investigation revealed that some protesters planned to “antagonize police.”

Dash camera footage from two police vehicles showed protesters surround the SUV, jump on the hood, and cover the windshield with signs before the driver accelerates forward.

But cell phone video of the incident posted on Facebook shot from the protesters’ perspective begins with a crowd surrounding the vehicle while chanting, “No justice, no peace!”

As one demonstrator leans on the hood of the SUV – which has its sirens blaring – other protesters move in. The police cruiser then inches forward before its driver accelerates rapidly, sending some of those on the hood tumbling to the ground.

The SUV then accelerates and brakes multiple times to clear the remaining protesters out of the way. One man is seen clinging onto the cruiser as it races down the street, while repeated screams of, “Oh my God!” can be heard coming from the demonstrators.

In Fredericksburg, Va., a small, historic town of about 25,000 people located on the Rappahannock River, south of Washington, D.C., a woman named Tara Durant dialed 911 last month to report protesters began harassing her – and her young daughter – while driving through town running errands.

That 911 call has since been released.

“So we would suggest you slowly drive through the area. Don’t hit anyone with your vehicle,” the dispatcher responds. To that, the woman says: “I can’t. I cannot get out of here, okay?”

The dispatcher then tells the caller: “Please be patient. I’ll let the officers know, OK?”

The dispatcher responds, “We can’t do anything, ma’am. The city told us this is a sanctioned event.”

“Get out of my car! You know, this is going to get dangerous. I got a kid here,” the woman shouts.

But the dispatcher only calmly replies: “Yes, ma’am. We would suggest you call up the city hall to let them know about your frustrations.”

Fredericksburg Mayor Mary Katherine Greenlaw apologized to protesters after police tried to disperse the crowd, writing “I am personally sorry. I apologize to those who went through this fearful experience.”

The Fredericksburg Police Department issued a video statement to address the 911 call after it was made public, explaining, that since the incident, the force has also had several conversations with Durant and made changes to its communications center.

“Now, anyone who has heard this call can hear how frightened she was. Frightened for herself, frightened for her daughter. And, as a mother myself, I can only imagine the thoughts that were going through her head,” Sarah Kirkpatrick, public information officer for the Fredericksburg Police Department, said in a video posted on June 25.

“We’ve also made adjustments in our communications center. If a person dials 911 over a concern about demonstrators in the roadways, they will be notified that an officer is staged one block away — not only to divert traffic but also for their safety.”

“If you express concern for your safety, you can be certain that an officer will respond to assist you. Whether you’re in the downtown district or anywhere in the city of Fredericksburg, we are here to serve you,” Kirkpatrick concluded.

A trucker seen barreling through a crowd of protesters in Minneapolis in late May was released from jail in Hennepin County just two days later without any charges against him pending further investigation.

Minnesota Public Safety Commissioner John Harrington said the driver, identified as Bogdan Vechirko, 35, of Otsego, was speeding and "panicked, and he just kept barreling forward." He added that Vechirko did not breach any barriers put up to protect the protesters and was not aiming for anyone, according to the Minneapolis Star-Tribune.