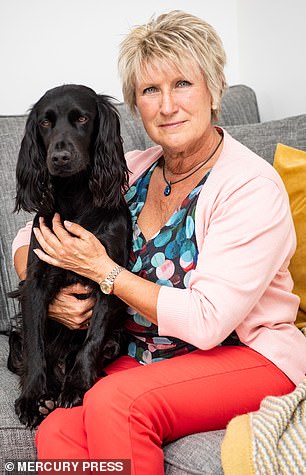 Chrissie Curtis is pictured with her three-year-old spaniel Luna

A mother-of-three was horrified when she realised her pet dog had been bitten by a venomous snake.

Chrissie Curtis returned from a walk in the woods with her three-year-old spaniel Luna to find her whimpering in pain.

Soon after they arrived home in Buxton, Derbyshire, the retired nurse noticed Luna’s leg swell up so she took her to the vets.

Experts discovered she had been bitten twice by an adder – the only poisonous snake in the UK – and was in need of urgent treatment.

Ms Curtis, 58, was told the bites could have proved fatal if she hadn’t rushed her to the vets.

She said: ‘Luna is used to long walks and she is a tough dog, so to hear her crying in pain was a real shock.

‘I knew immediately something was wrong, but I thought she had just pulled a muscle.

‘I tried to examine her, but I couldn’t see anything apart from that her leg had started to swell so I drove her to the vets 20 minutes away.

‘They asked my permission to sedate her and I thought she would be ready in about an hour, so I went for an ice cream. I had no idea she had been bitten by a snake.’ 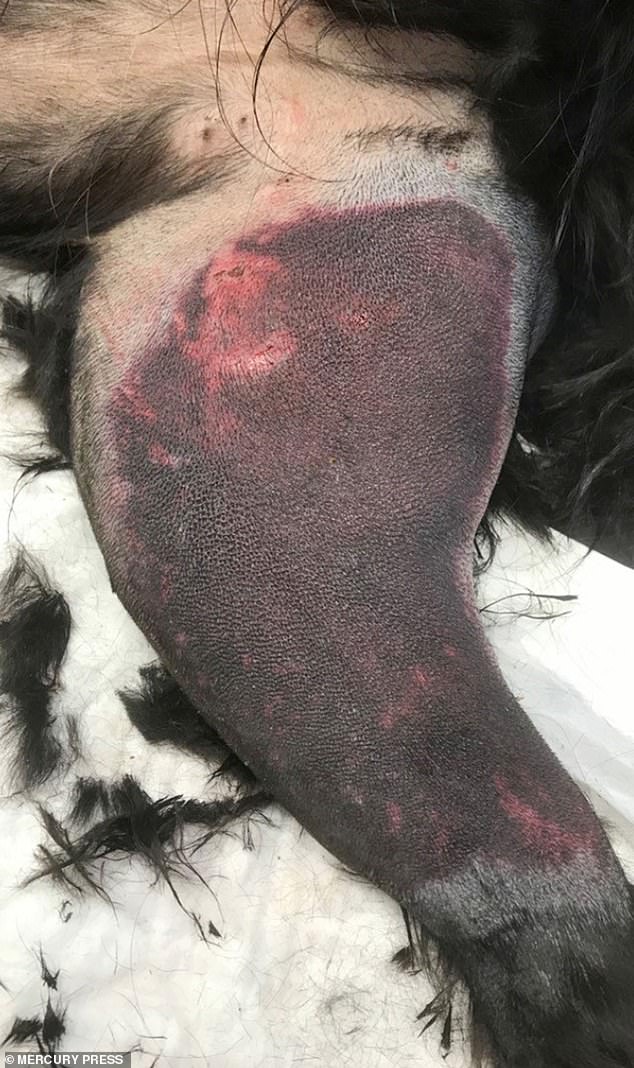 After initial checks, vets discovered Luna had been bitten by the poisonous snake twice, with two sets of teeth marks discovered on her hind right leg.

Ms Curtis was horrified she could have unwittingly made the situation worse by allowing Luna to continue walking, inadvertently spreading the poison around her body.

She added said: ‘When I realised it was an adder bite I was devastated, I thought I was going to have to say goodbye to her. It was horrendous.

‘The vets said adder bites are rare, I’d seen my friend’s dog suffer a snake bite and not make it, so I was immediately thinking the worse. 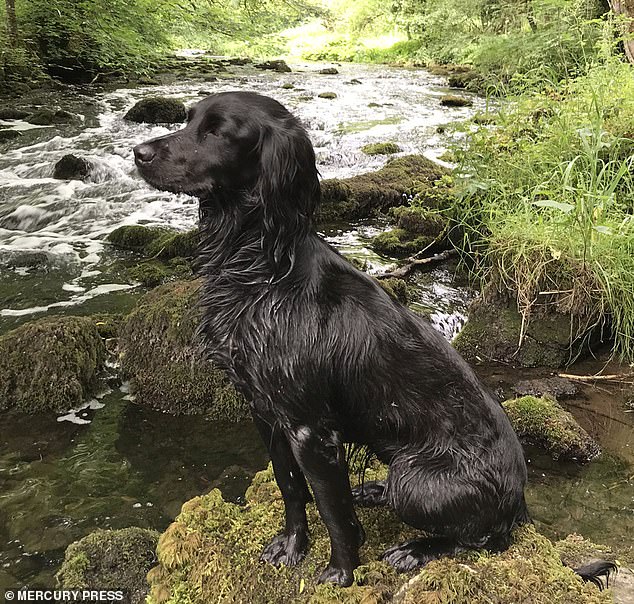 Ms Curtis, 58, was told the bites could have proved fatal if she hadn’t rushed her to the vets

Are there any poisonous snakes in Britain?

The only venomous snake native to the UK is the adder.

‘It was lucky I took her to the vets so promptly because she was put on fluids and antibiotics and given antivenom to counteract the bite.’

Luna is now recovering at home after a two-night stay at the vets but there is still a small chance the working dog may need a skin graft.

Her owner says she is now avoiding walking in the woods near her home and any walks around water.

Ms Curtis, who also has a cat, said: ‘Luna still has a lump on her leg, the size of an egg.

‘Luckily, vets have told me there is a 90 per cent chance she won’t need a skin graft.

‘I am so relieved that she is still here. It’s so great to have her home.

‘I’d never thought about adders while walking Luna before but now I am more cautious about where she goes. It puts you off and makes you think.

‘People have told me now that walking spreads the venom around the body so just to carry the dog rather than let them walk.’

‘Luna is a working dog, so she often goes pheasant beating in the bushes but I’m keeping a close eye on her now.

‘I haven’t gone back there since, we’re lucky that there are a lot of walks near where I live.’ 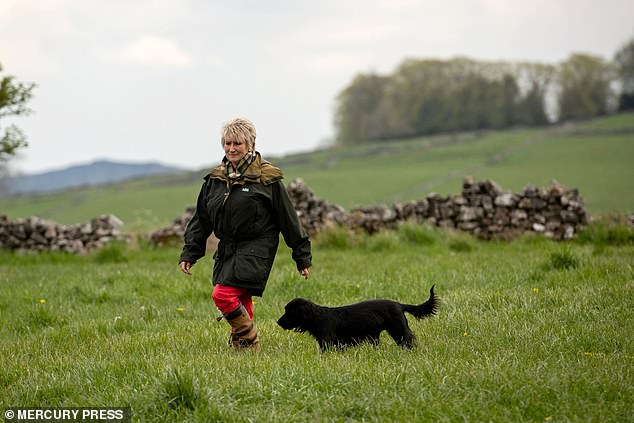 Chrissie Curtis, of Buxton, Derbyshire, is pictured out for a walk with spaniel Luna