The five-month-old won thousands of followers after a photograph was shared online of him performing the adorable trick.

Here at the Mail we knew he couldn’t be the only pet in the country who occasionally prefers life on two legs instead of four. So we asked readers to send in snaps of their beloved companions acting more human than animal.

After receiving hundreds of pictures we’ve picked out a selection of those that really made us smile.

From dogs that stand on command to cats who like to peer out the window, here’s a gallery of your adorable animals. 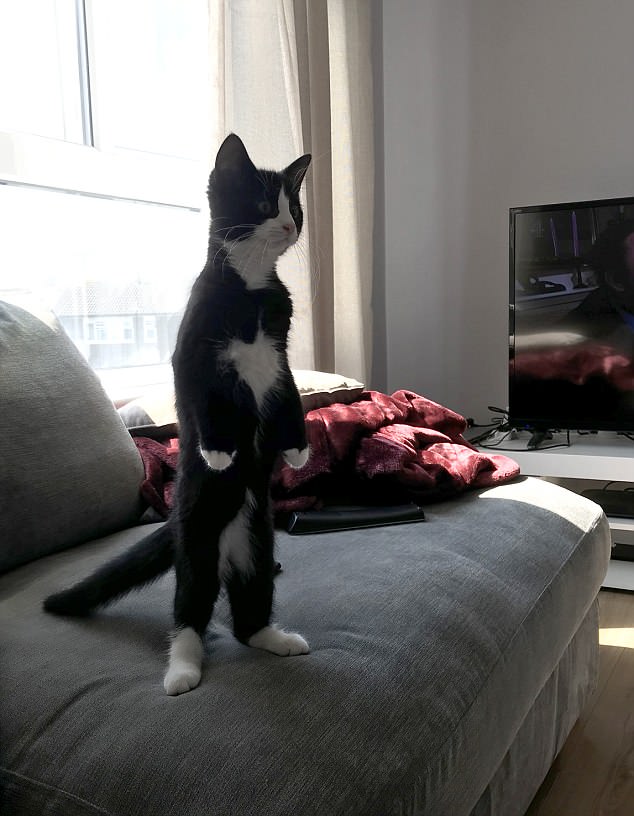 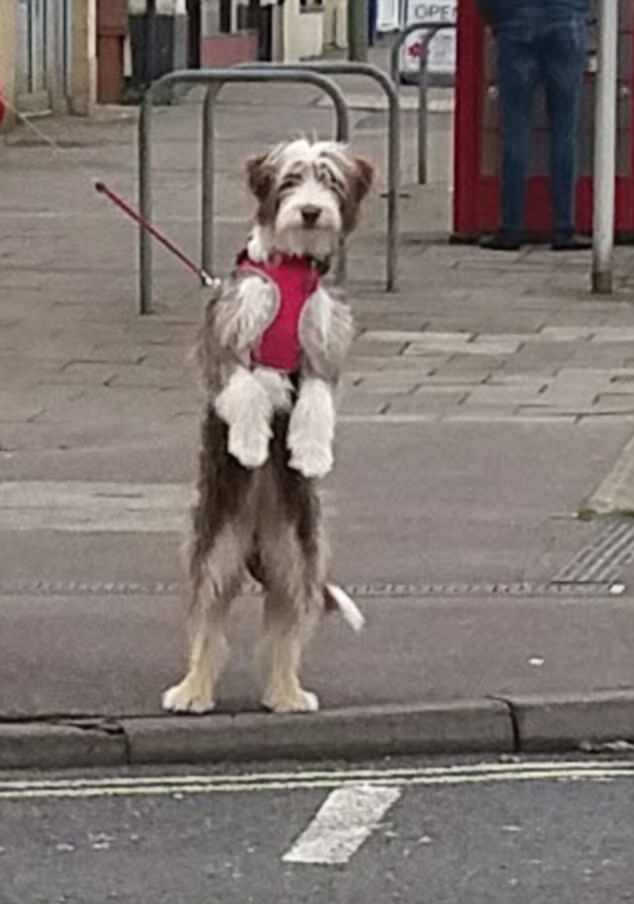 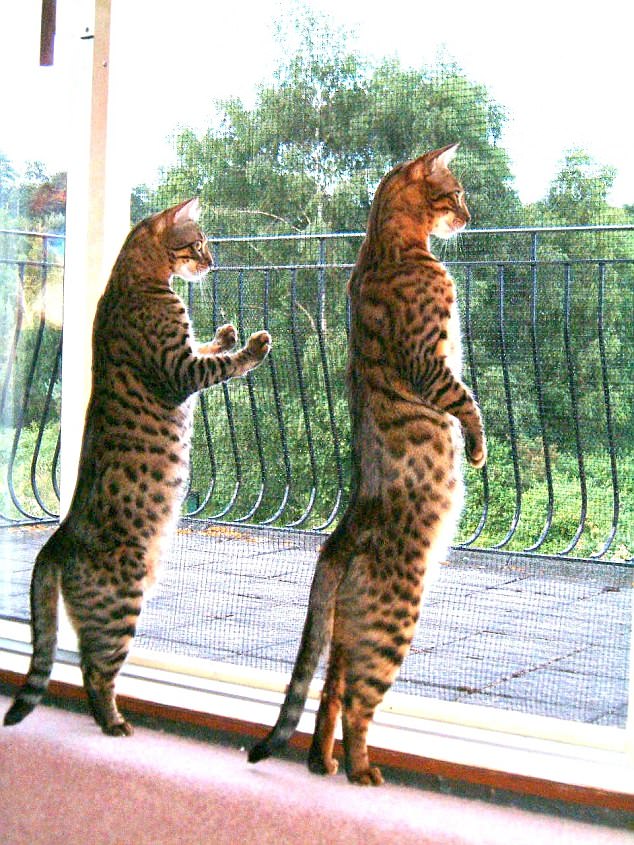 A glass act: These two 15-year-old Bengals are Fiki (right) and sister Kira. Owner Karen Leahy of Poole, Dorset, says Fiki once pulled a wine bottle from a cupboard and smashed it 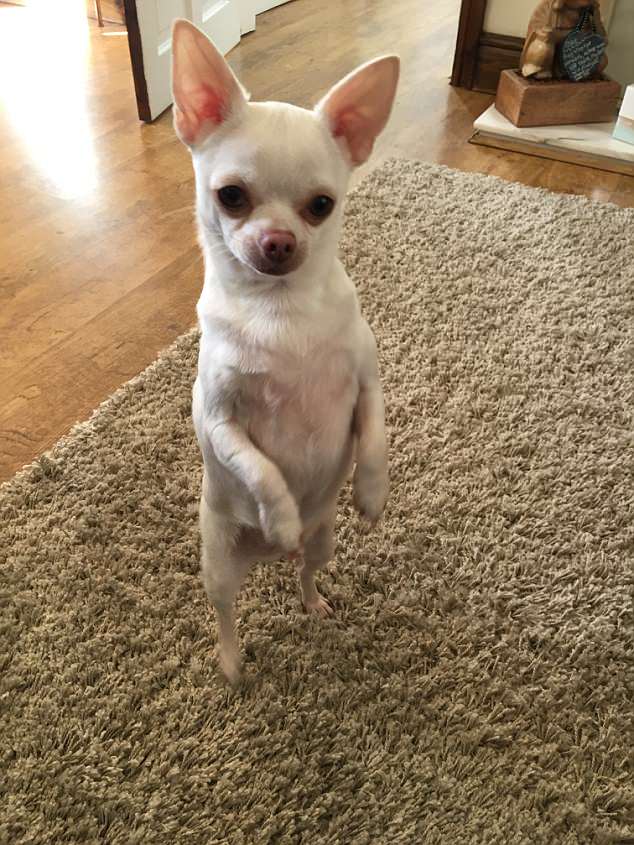 Mane attraction: We were sent more than a dozen pictures of Asha on two paws – enough for a calendar! The six-year-old border collie, who lives in County Down, Northern Ireland, with owner Connie Kells, ‘just loves to please’ and even fetches the remote control for the TV 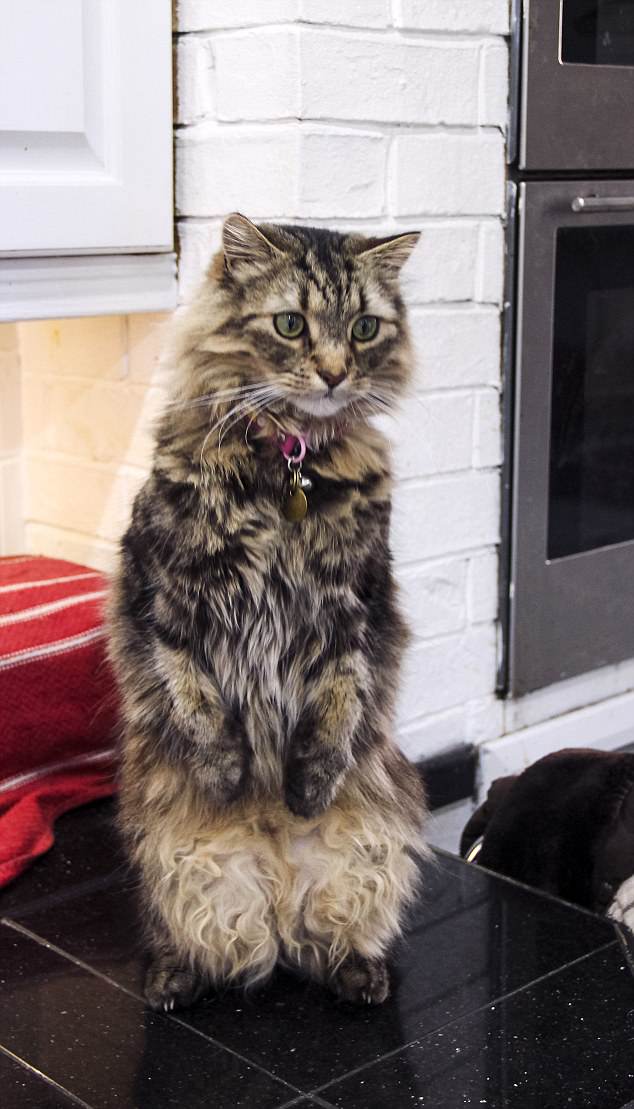 Well named: Laura Jervis, of Surrey, says that Littleman, aged three, loves standing on his back legs, especially if a tasty meal is in sight 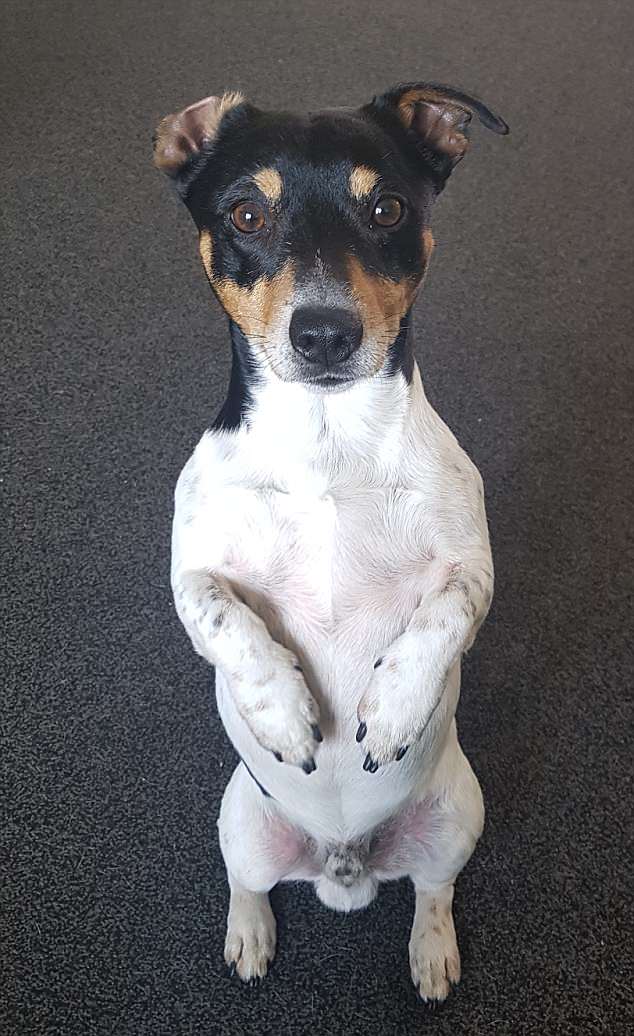 Terrier trick: Buster the Jack Russel, three, does this all the time ‘for no reason’, says Carolyn Jones, of Newport, South Wales 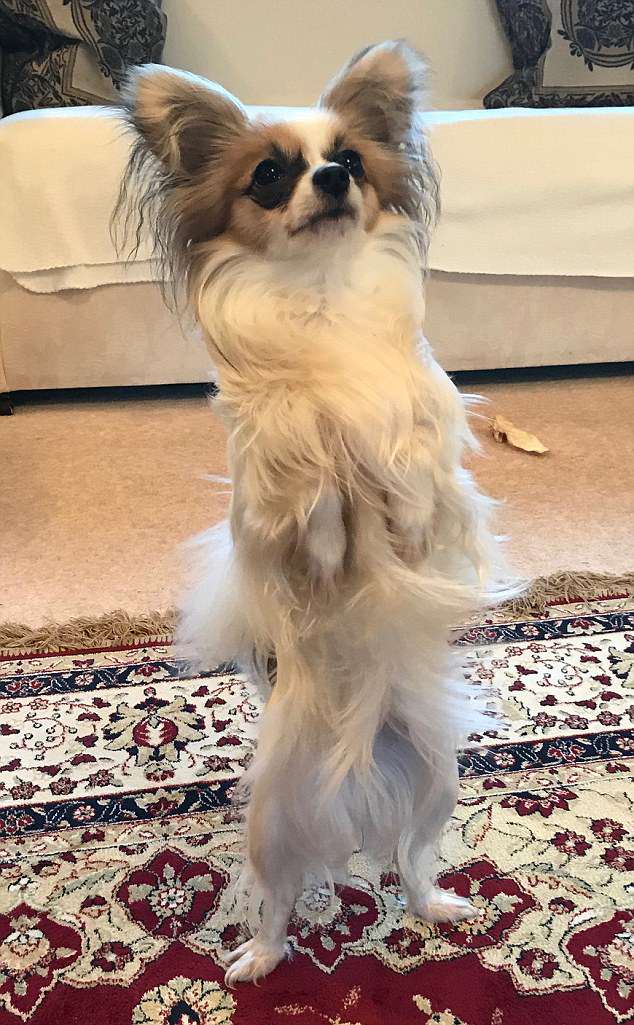 Is it playtime already? Poppy, a papillon pup, does this when she wants a toy or treat, according to owner Jacqui Barnett of Watford 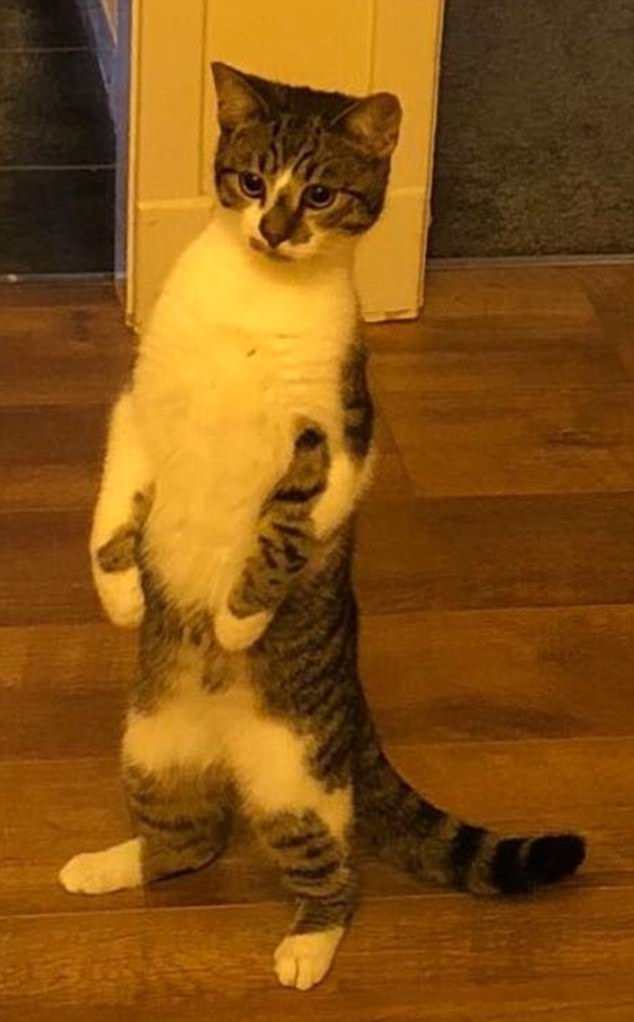 Eye of the tiger: Unusual sounds get Rocky up on his hind legs. He lives in Wick, Caithness, with Craig Allen 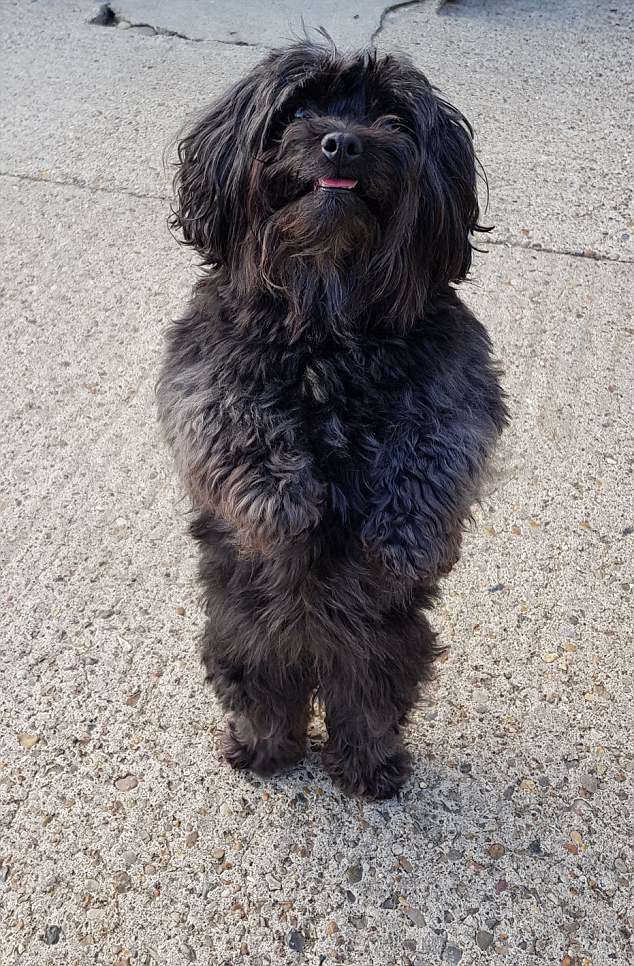 Short and sweet: What makes Joan Gale, of Essex, laugh most are chihuahua-poodle cross Amy’s little legs: just 9in long! 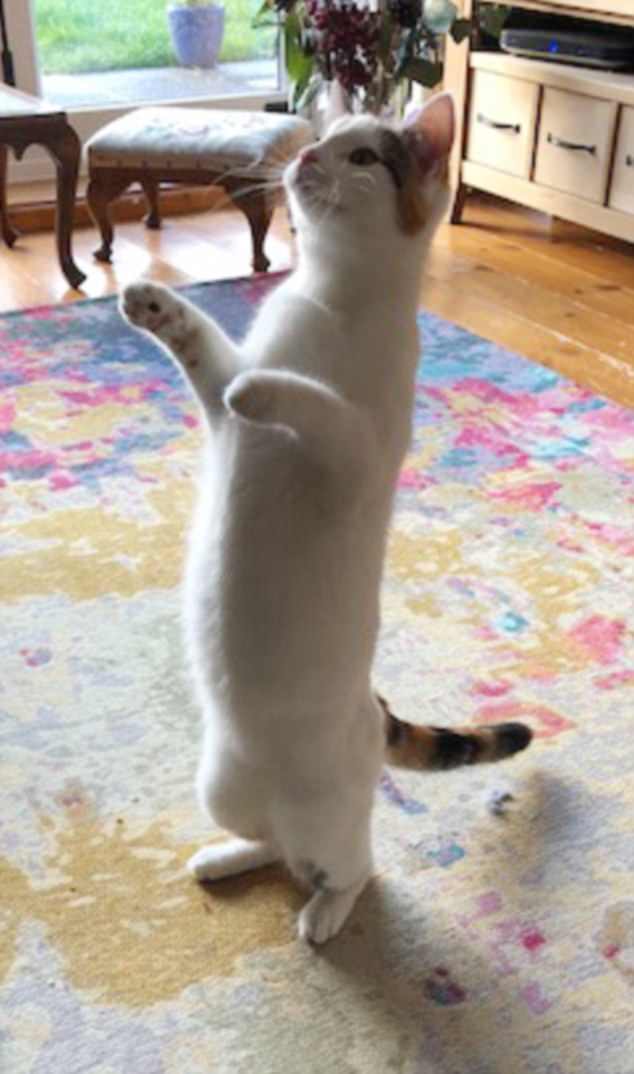 The cat’s whiskers: Gloria is mischievous, says Vicky Pardy of Exmouth, and knocks everything on the floor 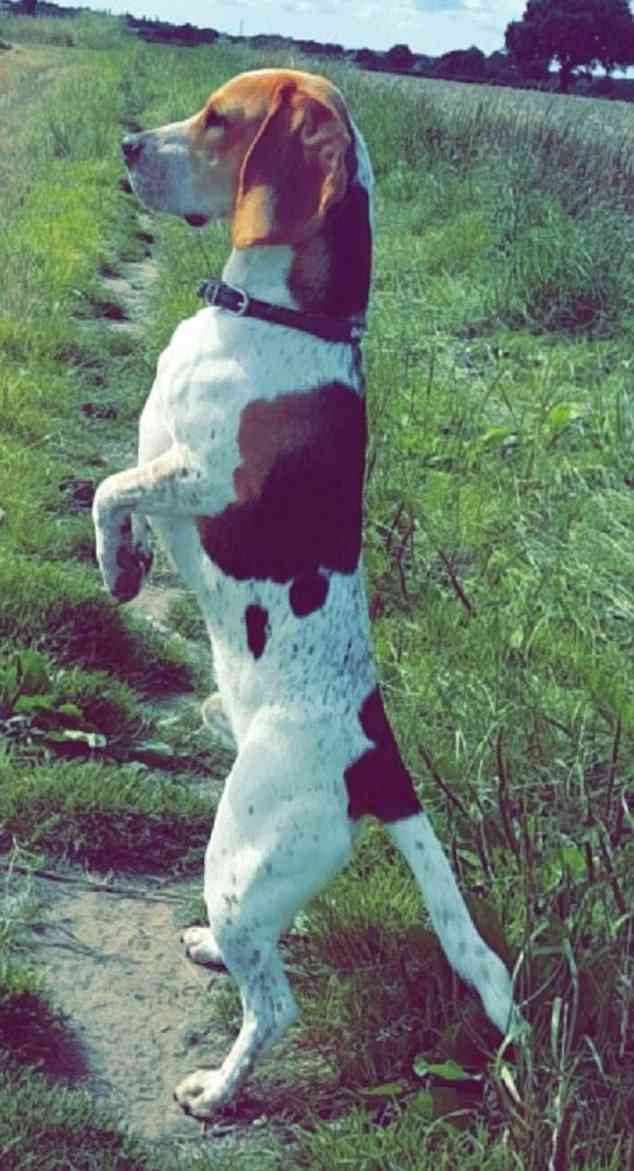 Beagle-eyed: Bentley stands on his back legs to see over tall grass. He lives in Warrington with owner Amber Halliday

Snack attack: Sox, an eight-year-old schnauzer/Yorkie/shihtzu cross, also taps Evelyn Addison of Bushney, Herts, on her arms or leg when she wants some food