Plant-lover turns his back-garden in Coventry into tropical paradise

From the outside, this house looks like any other on the outskirts of a UK city, but its back garden is a tropical treasure trove of banana trees.

Sinniah Senthilselvan has turned his thumbs green in order to cultivate 300 banana plants in his garden in Coventry.

After moving to Coventry four years ago, Sinniah, who is originally from Germany said he wanted to use his experience in greenhouse agriculture to grow the tasty tropical plants where you would least expect them to flourish. 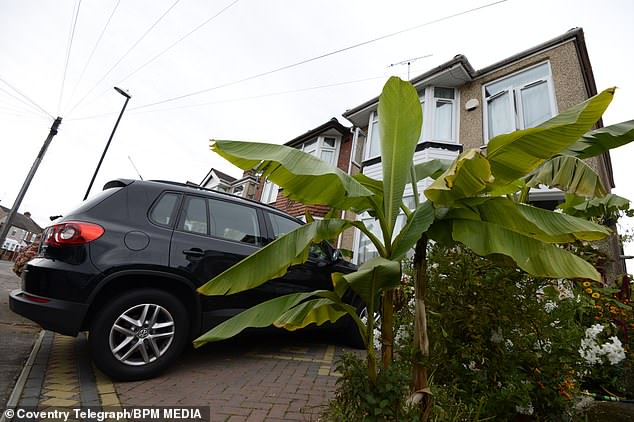 The outside of Sinniah’s house on Telfer Road in Radford, Coventry looks like any other from the front, but his back garden hides a myriad of tropical treasures 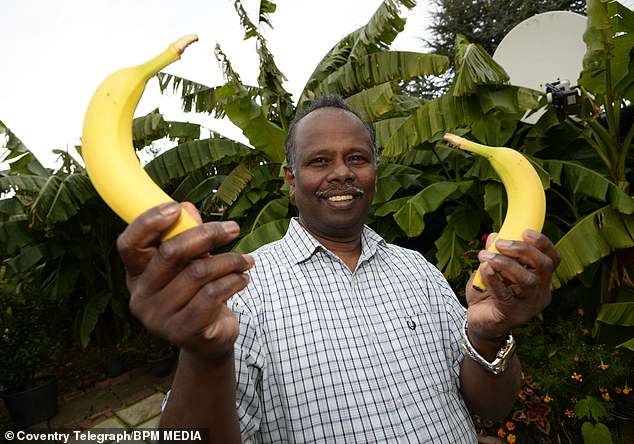 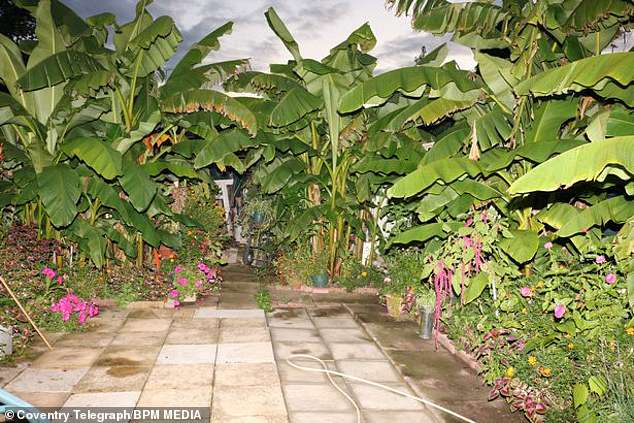 Despite their unusual location, some of the banana trees now measure over three metres tall.

Sinniah spends his mornings tending to the trees and his other tropical plants which have been helped along nicely by one of the hottest summers the UK has ever seen.

Even though the banana plants have yet to bear fruit, Sinniah said he’s hoping for a bumper crop next year. 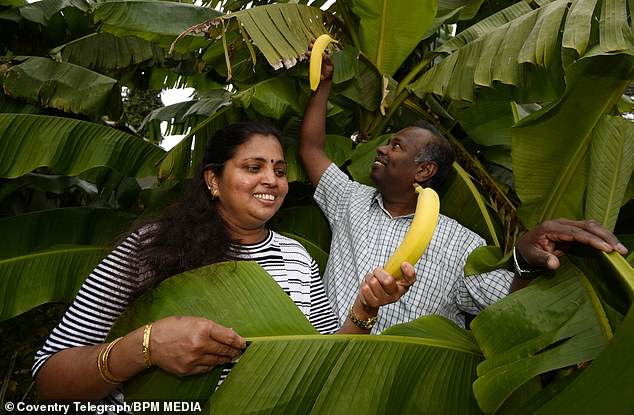 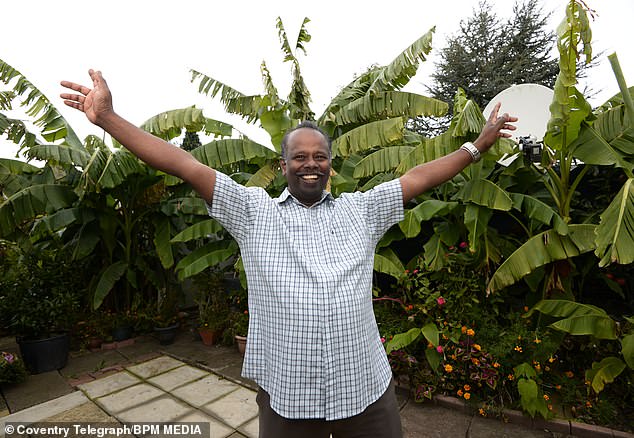 ‘As winter approaches I will bring them inside to keep them warm and then in March or April they will be put out again to keep growing.

‘At my parents in Sri Lanka we had three to four thousand banana trees in the garden, which we would sell.

‘Some people come round to my home and feel they are in Sri Lanka, and some of the big leaves I have given as a gift to the Temple.’ 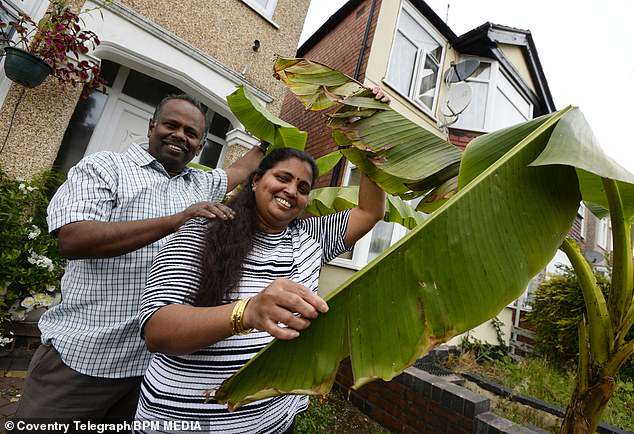 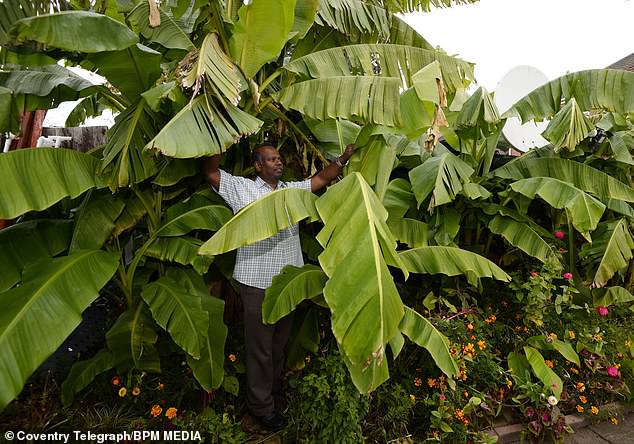 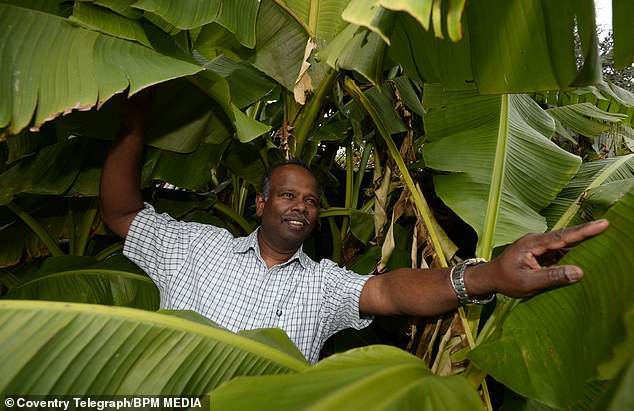 In order to keep the plants healthy, Sinniah uses a special banana feed mix from Germany.

The plants are still growing vigorously, despite some damage to the leaves from last week’s windy weather.