This is the moment a group of playful penguins tried to steal cameras they had mistaken for pebbles.

Filmmaker Anthony Powell was left in hysterics after reviewing the footage captured on a number of GoPro cameras he scattered close to a penguin colony.

Mr Powell, who has spent the last 10 years filming in the Antractic, had returned to find many of the cameras had been moved or knocked over.

Downloading the footage to see a series of penguins hilariously pecking at the lens and attempting to physically pick the camera up, Anthony said he suddenly realised ‘what it felt like to be a krill,’ the main small fish of a penguins’ diet. 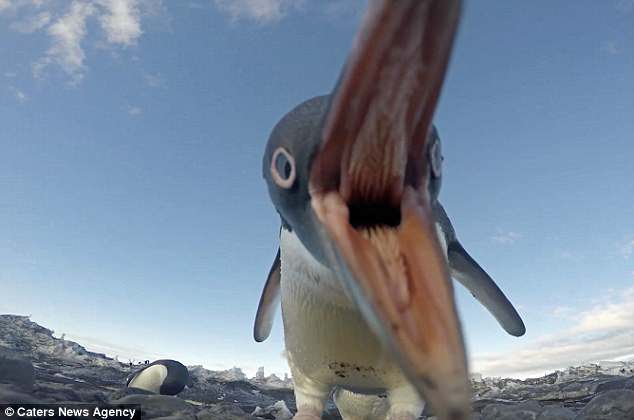 Squawk! A penguin tries to take a bite of Mr Powell’s GoPro camera, which which he had set up near their colony 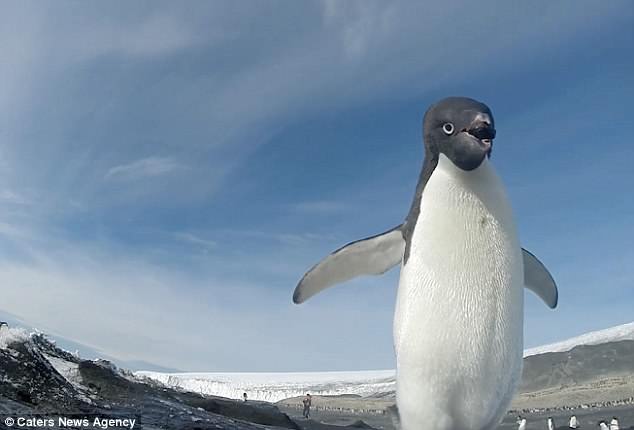 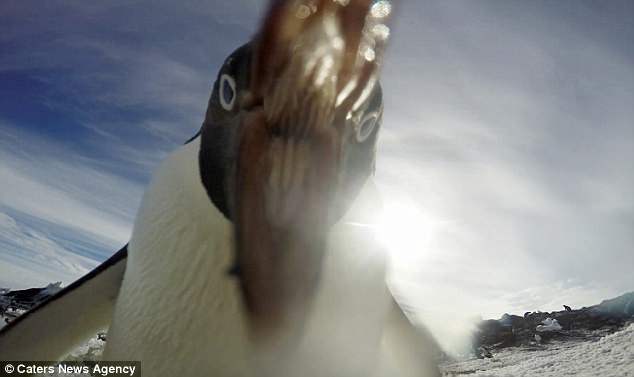 The award-winning cinematographer behind ‘Antarctica: A Year on Ice,’ added: ‘To maximise my time while filming penguins, I would fill my pockets with GoPros and leave them out, recording continuously, while I filmed with my main camera.

‘I always try very hard to be as non-intrusive as possible so I don’t disturb their natural behaviour, and small cameras are usually the best way forward.

‘However, we I returned for the cameras, I found most had been knocked over. 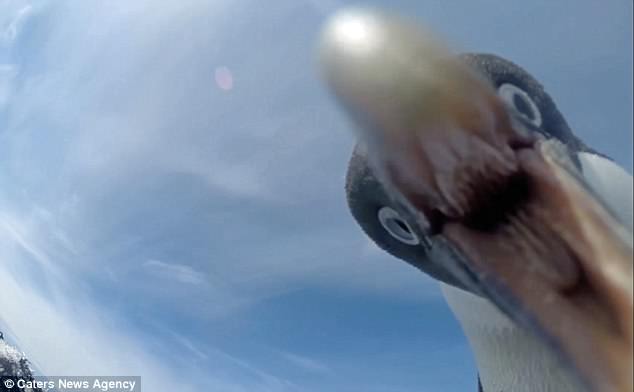 ‘Looking back at the footage, it really put a smile on my face.

‘I thought it was like watching a Godzilla movie, but with penguins instead.

‘The shot looking directly down the throat of a penguin really made me laugh.

‘This is probably the last thing a krill sees before they’re eaten.

‘I suspect what was happening was that the black lens looked like the perfect sized rock they like to build their nests from, so they were trying to pick it up and take it with them.

‘Whenever I have larger cameras they completely ignore them.’