AHMEDABAD/NEW DELHI (Reuters) – Indian police fired tear gas at a crowd of protesting migrant workers in Gujarat and launched baton charges against hundreds of people queuing at liquor stores in New Delhi, even as the first steps were being taken to relax a coronavirus lockdown. 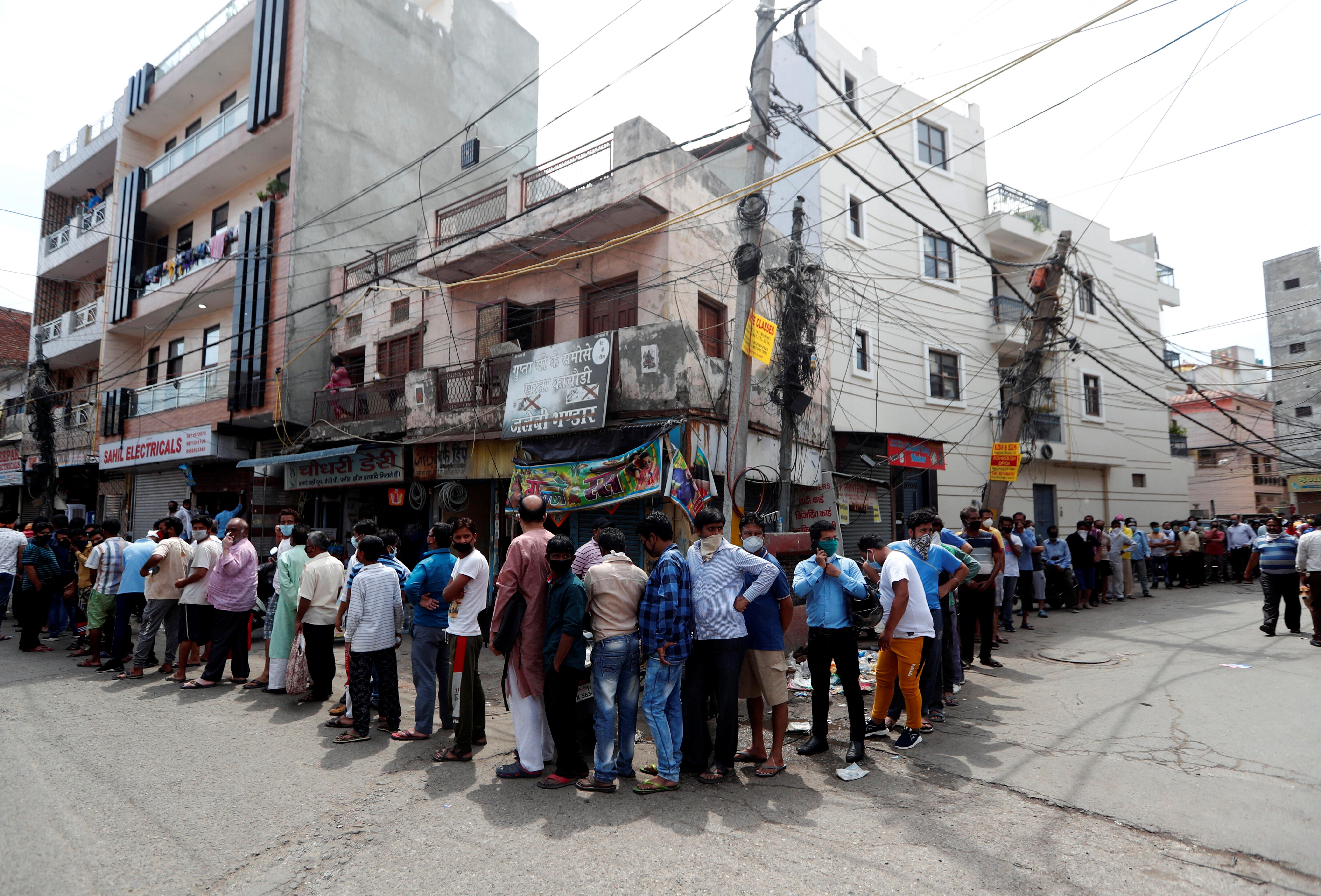 The world’s largest lockdown, in force since March 25, is slowly being eased in some areas with fewer infections, although it will stay in place at least until May 17, the government said last week.

Although officials say rigid restrictions on work and travel are key to beating the virus, the shutdown has endangered the economic survival of many, including an estimated 140 million migrant labourers banned from going home.

About 1,000 stranded workers seeking help to return to homes in states across India gathered on the outskirts of Gujarat’s city of Surat and threw stones at police who ordered them to disperse, an official said.

“We have detained 80 people so far and are in the process of identifying more,” Surat’s police chief A.M. Muniya told reporters.

Surat, an industrial centre and a hub for diamond processing, has suffered multiple incidents of labour unrest since the lockdown began.

In the capital New Delhi, where some offices resumed work on Monday with fewer staff and traffic trickled into the streets, a police official said officers were forced to act after unruly crowds gathered outside liquor stores.

“People were not listening to the directions of police,” the official said, declining to be identified, since he was not authorised to speak to media.

India has so far tallied more than 42,800 cases and 1,300 deaths in a steady rise, and some experts fear that the true figures may be higher in a country of 1.3 billion people where many people have only limited access to health care.

The lockdown has been one of the strictest in the developing world. The national government is worried that easing up too quickly could accelerate the pace of infections. But some state governments want economic activity to resume as revenue dwindles and millions struggle without income.

“We have to get prepared to live alongside corona, we have to get used to it,” Delhi’s chief minister, Arvind Kejriwal, told a Sunday briefing, outlining a plan to seal off 97 infection hotspots while opening up the rest of the city of 20 million.

With all international flights also stalled during the lockdown, India’s government on Monday said it will bring back Indian nationals stranded abroad on special flights and navy ships starting May 7.

“Only asymptomatic passengers would be allowed to travel,” the government said in a press release, adding that individuals would have to pay for the journey and a mandatory 14-day quarantine.