Police launch hunt for vulnerable teenage girl, 16, who failed to turn up to school this morning 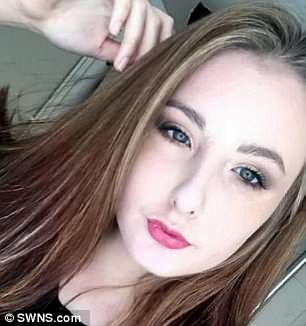 Rebecca Smith, 16, has not been seen since she left her house this morning

Police are searching for a vulnerable teenager who has not been seen since this morning.

Officers from Gloucestershire Constabulary are appealing for help to find Rebecca Smith, 16, was last seen at 8am on Tuesday.

Rebecca left her home for school but did not show up for classes.

Concern is growing for the teenager’s welfare, officers have said.

She is described as a white female and is about five foot six inches tall, of slender build and has long, shoulder-length hair which is dyed purple and brown.

She was last seen in Henry Street in Gloucester wearing her school uniform – a navy blazer, white shirt, black tights and a navy skirt.

She was also carrying a brown ‘Bloomingdales’ bag.

Rebecca has links to the Coleford area in the Forest of Dean and so may be making her way there.

Information can also be reported through the Missing People charity on 116 000.