A BBC Casualty worker was stunned when armed police smashed through his front door in an armed raid – before realising they were on the wrong street.

Police wielding machine guns descended on Mr Gough’s house after receiving reports of a disturbance involving ‘a group of men armed with weapons’ – but cops quickly realised they were at the wrong address.

‘If they were just going to knock on a door and got the wrong house, it’d be no big thing but when they’ve got machine guns you would think they would double check,’ he said. 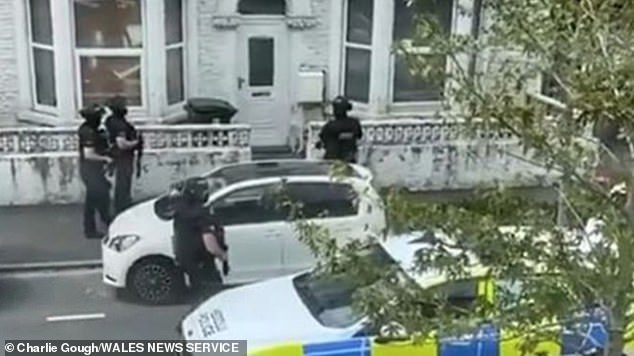 Lighting engineer Charlie Gough, 23, had returned home to find five police cars and armed officers outside his home in Grangetown, Cardiff. Pictured: Police at the scene

‘They burst in and smashed the door. They were all stood outside outside ready to raid the house. If I had been inside it would have been terrifying.’

Mr Gough is back working on Casualty after taking Covid-19 safety training at the television set used for the hospital drama in Cardiff.

Neighbours on the street had thought the BBC may have been using the lighting engineer’s house ‘as a location’ after the dramatic scene on a Sunday afternoon.

Mair Jones, 42, said: ‘We know Charlie works for the BBC – and we thought he might be using his house as a location.

‘But then we all realised the guns were very real and that there were no cameras. It was very dramatic.’

South Wales Police has since apologised for the raid and confirmed it has arranged for the destroyed door to be repaired. 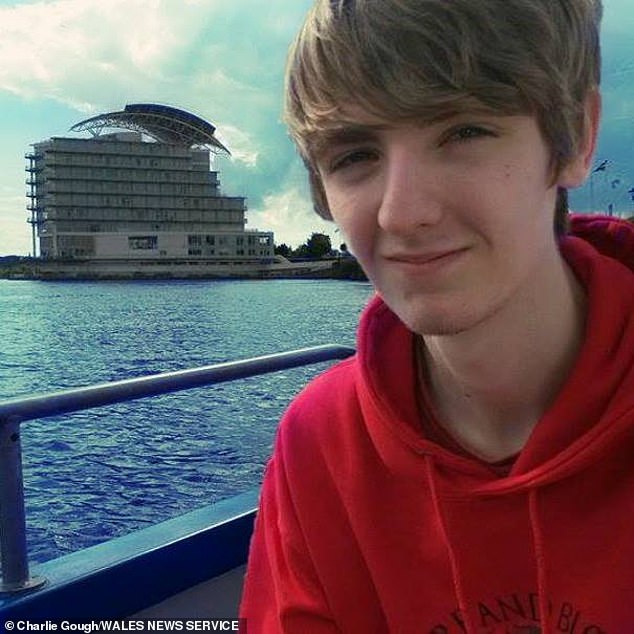 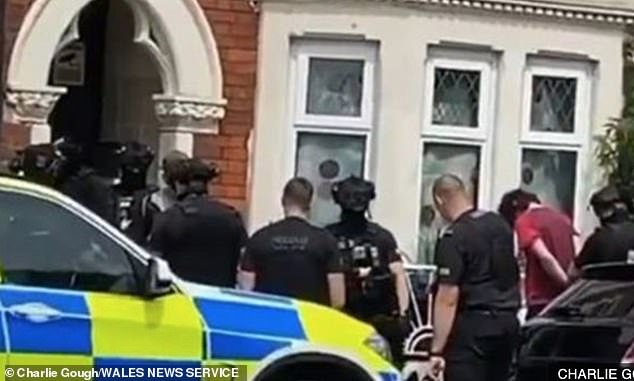 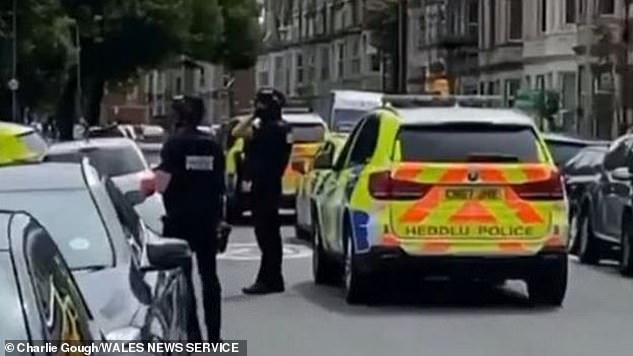 A spokesman said: ‘Following reports of a disturbance in Cornwall Street involving a group of men armed with weapons, firearms officers were making arrest enquiries in the Grangetown area of Cardiff.

‘While looking for one of the suspects, officers unfortunately attended the wrong address.

‘Officers apologised to those living in the house and have made arrangements for the door to be repaired.’

Police said three men in their 30s and a 16-year-old boy were later arrested in the second raid.